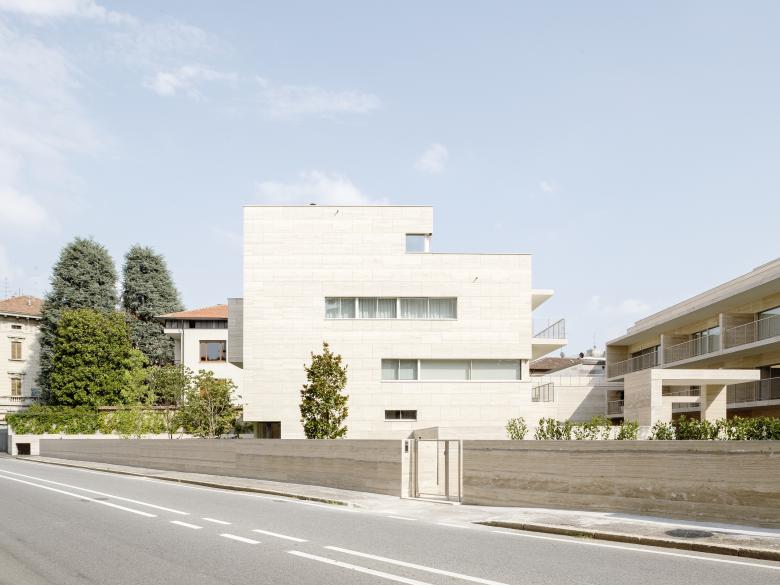 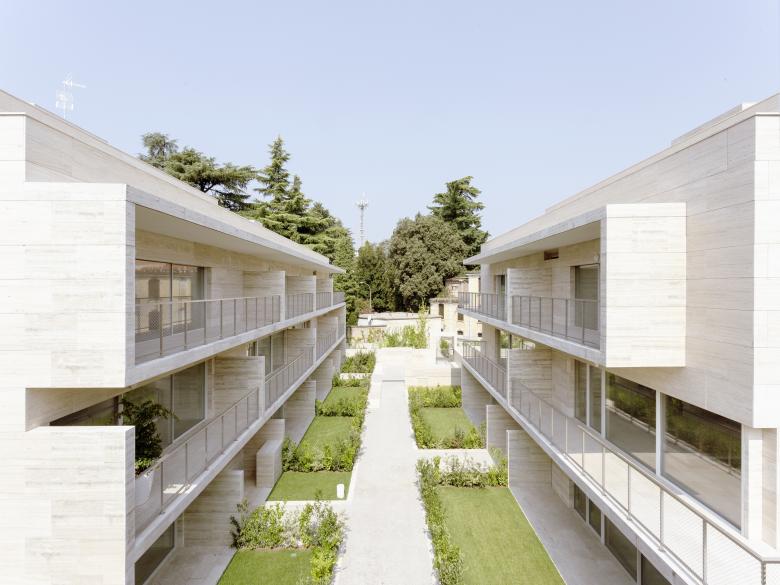 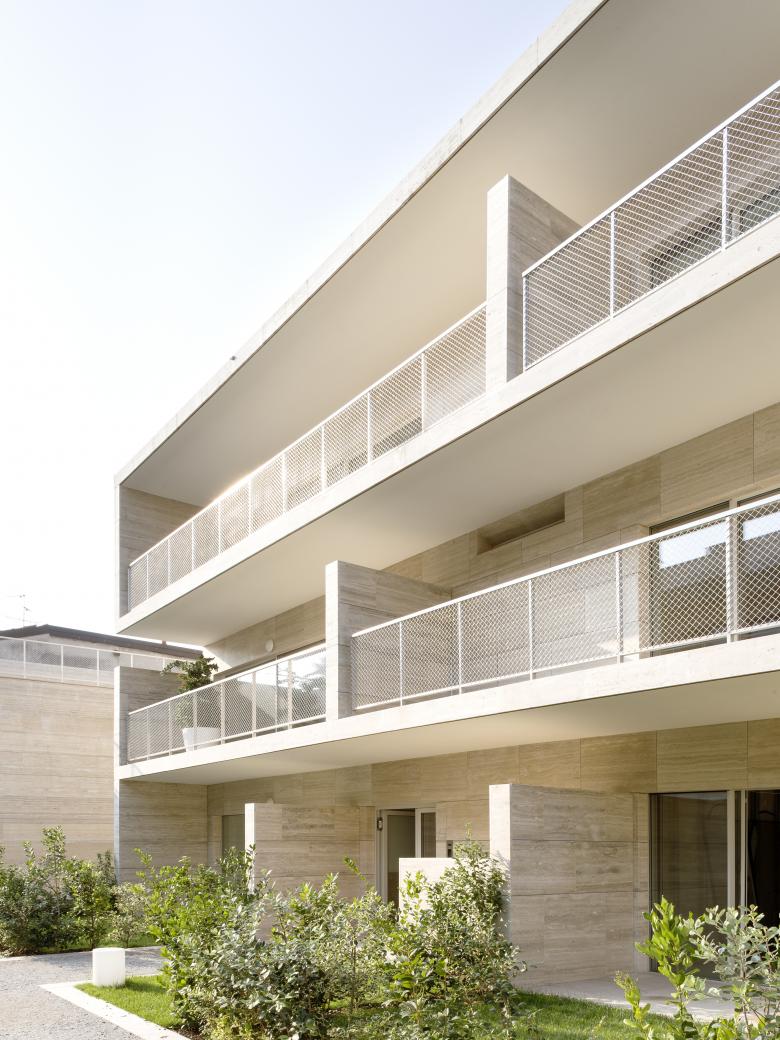 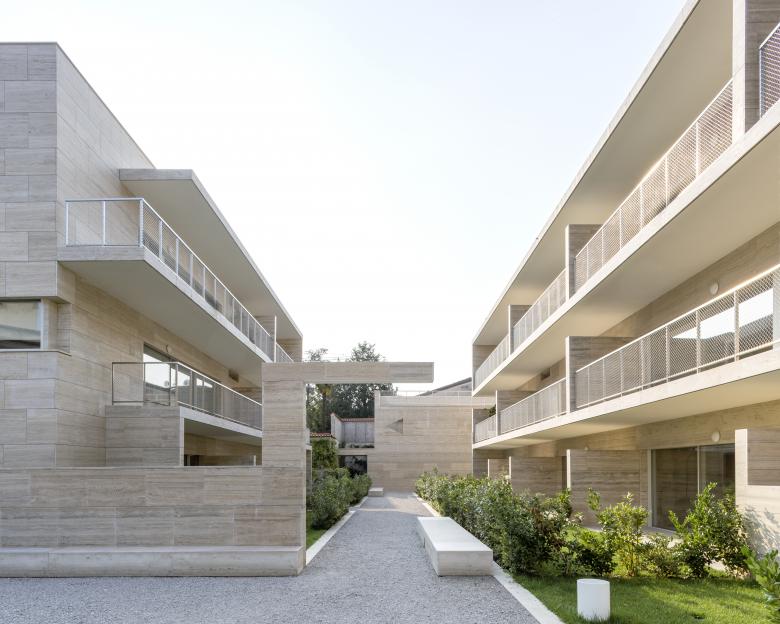 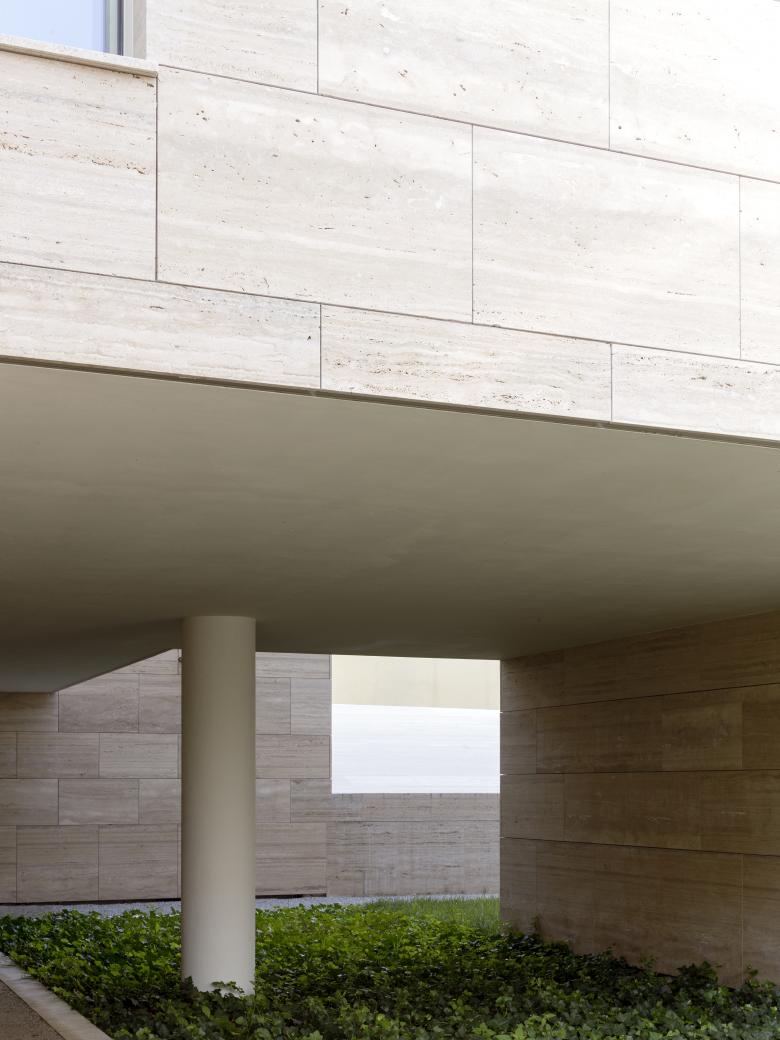 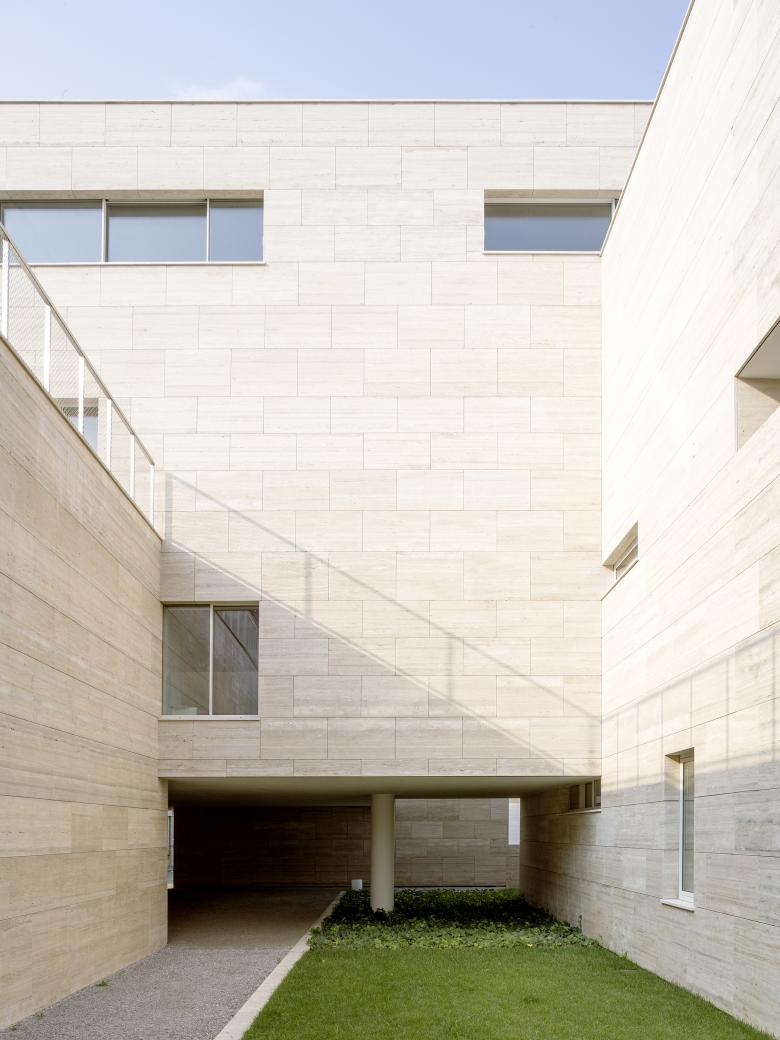 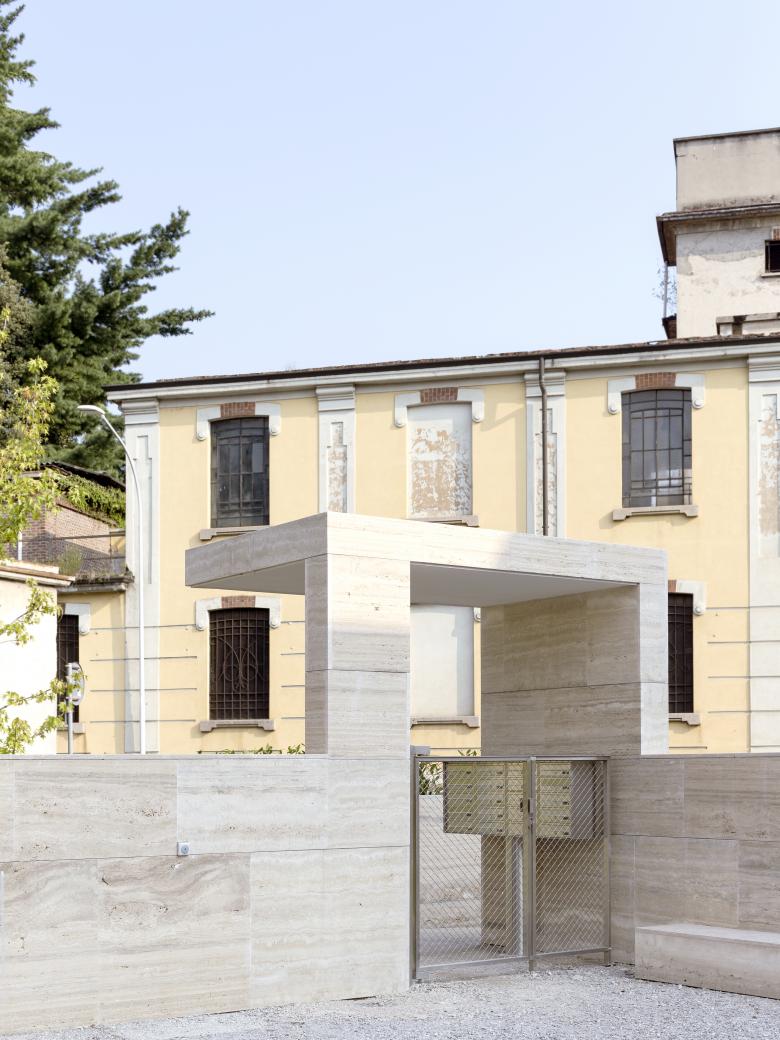 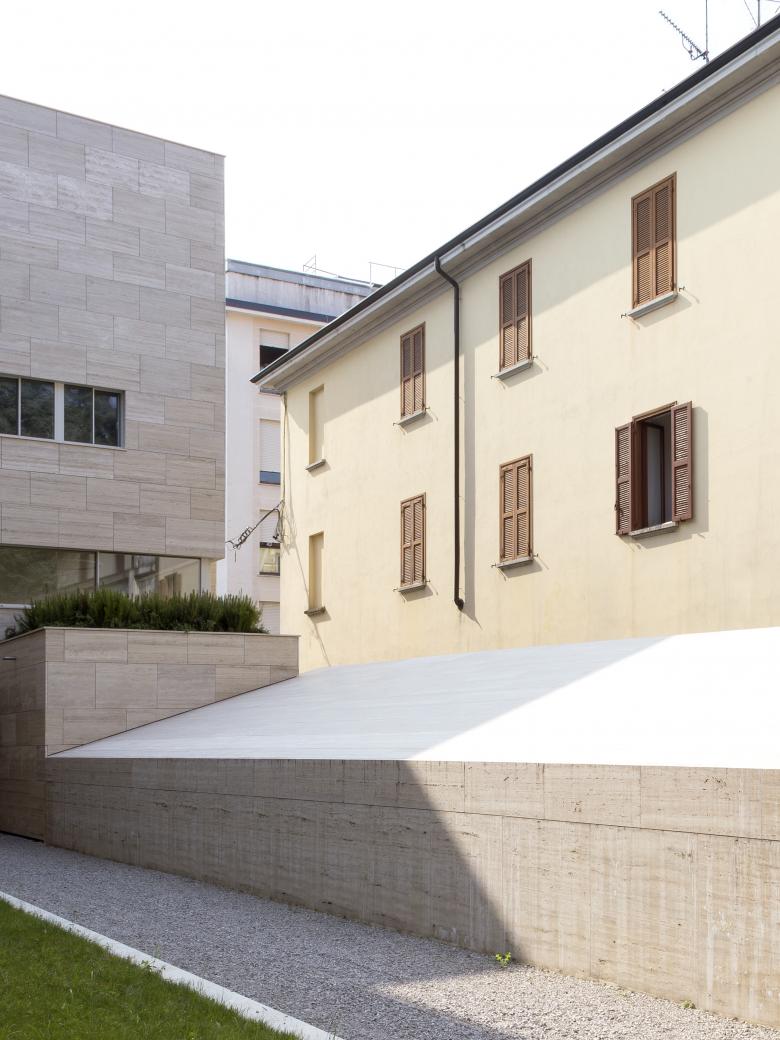 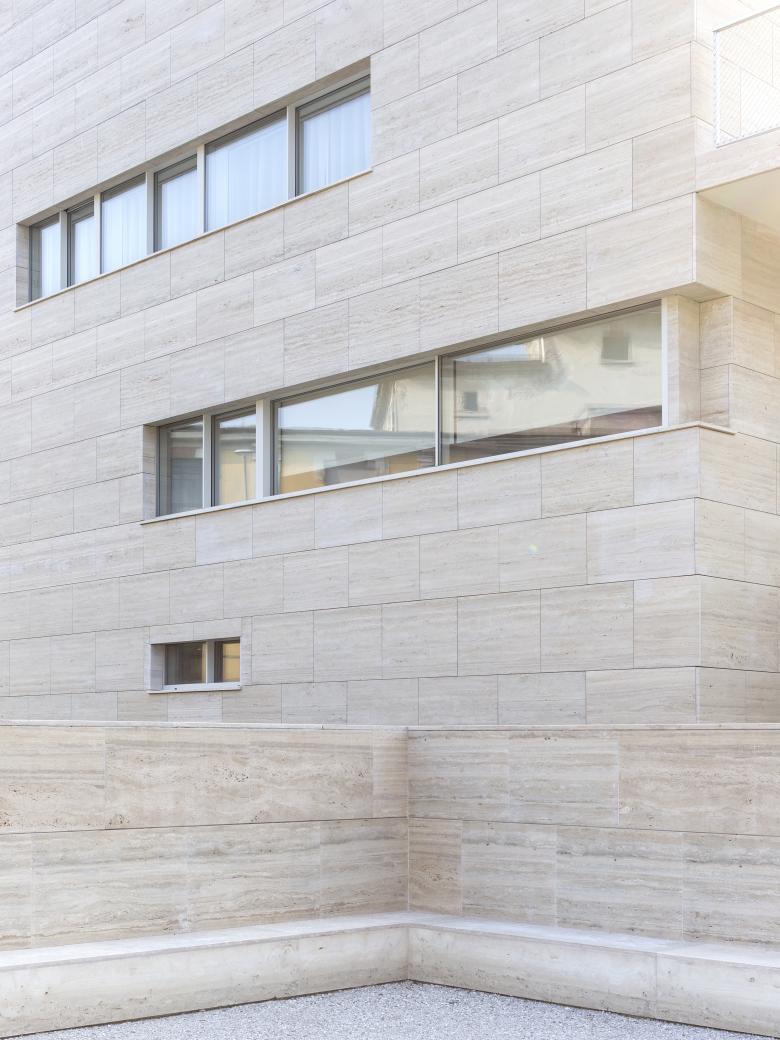 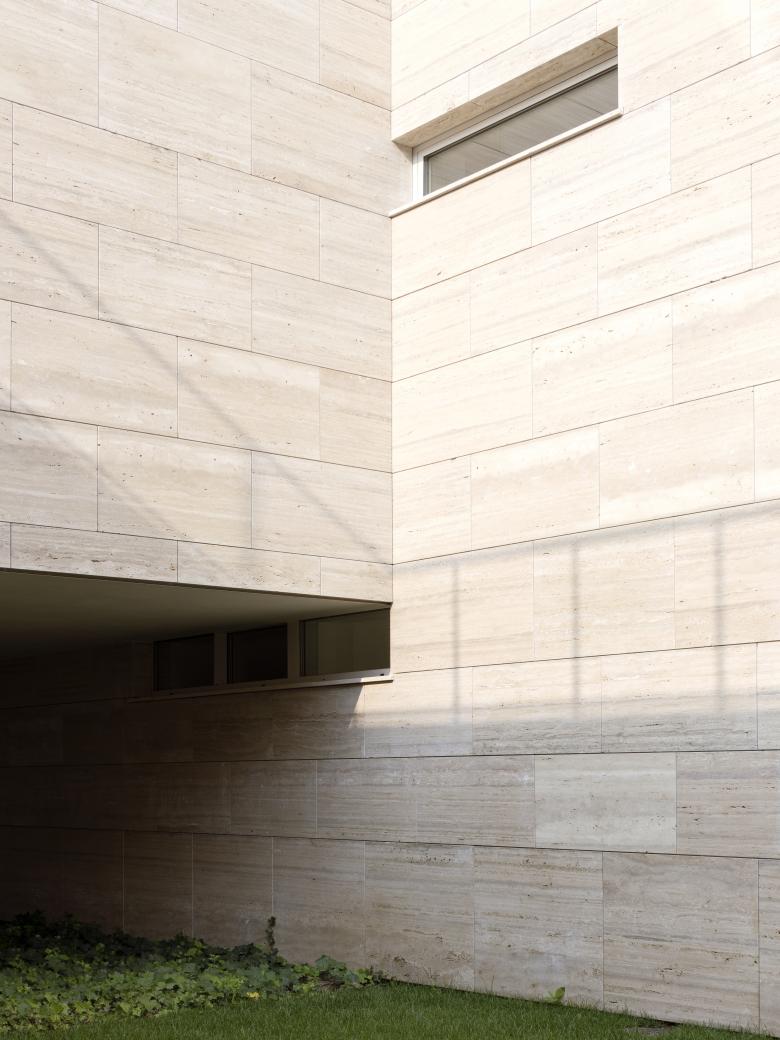 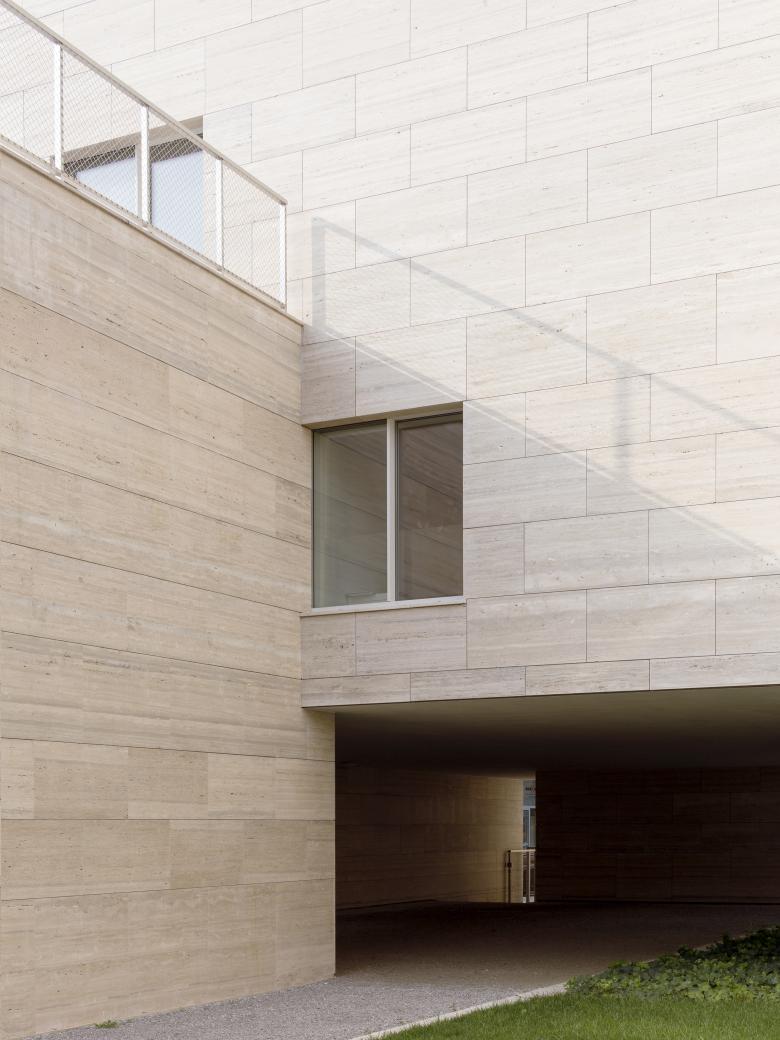 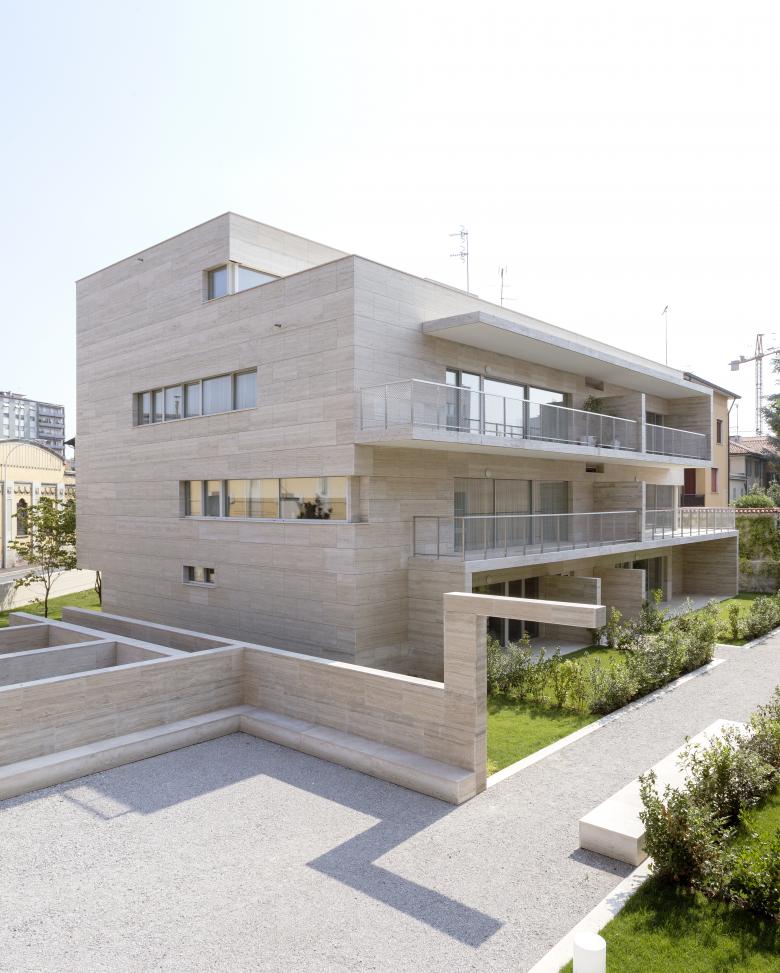 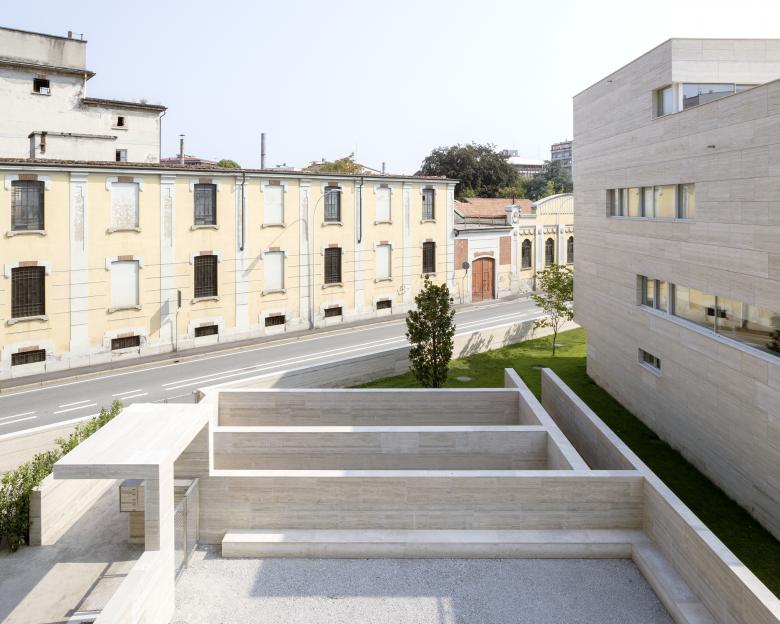 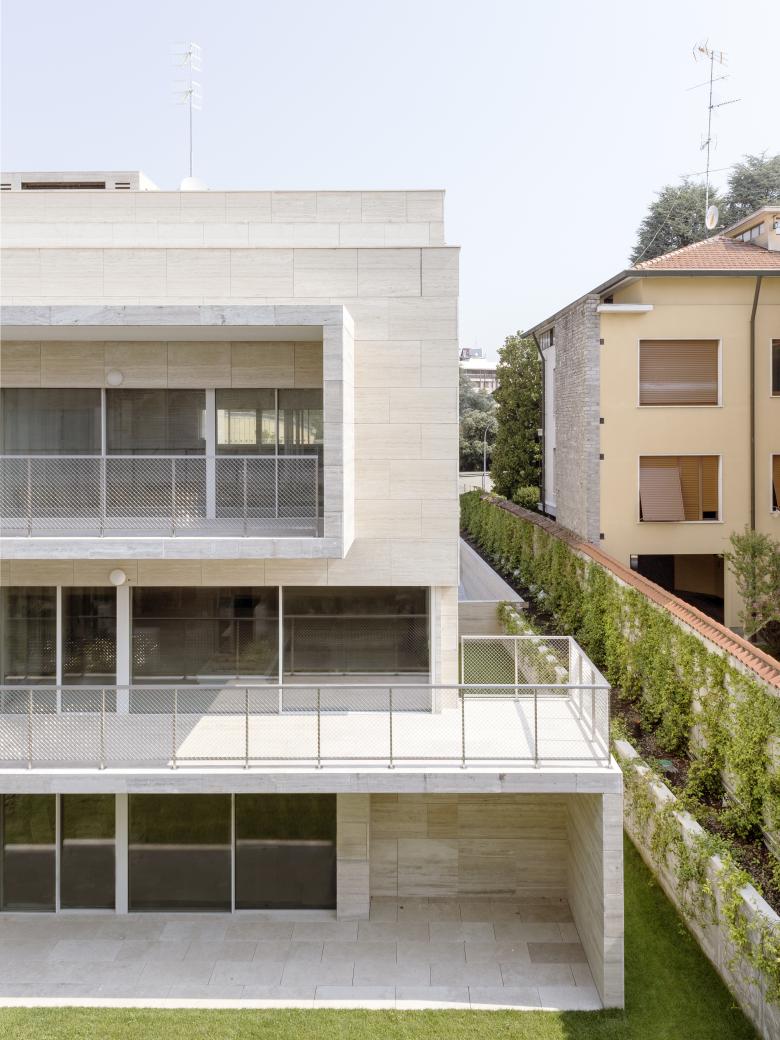 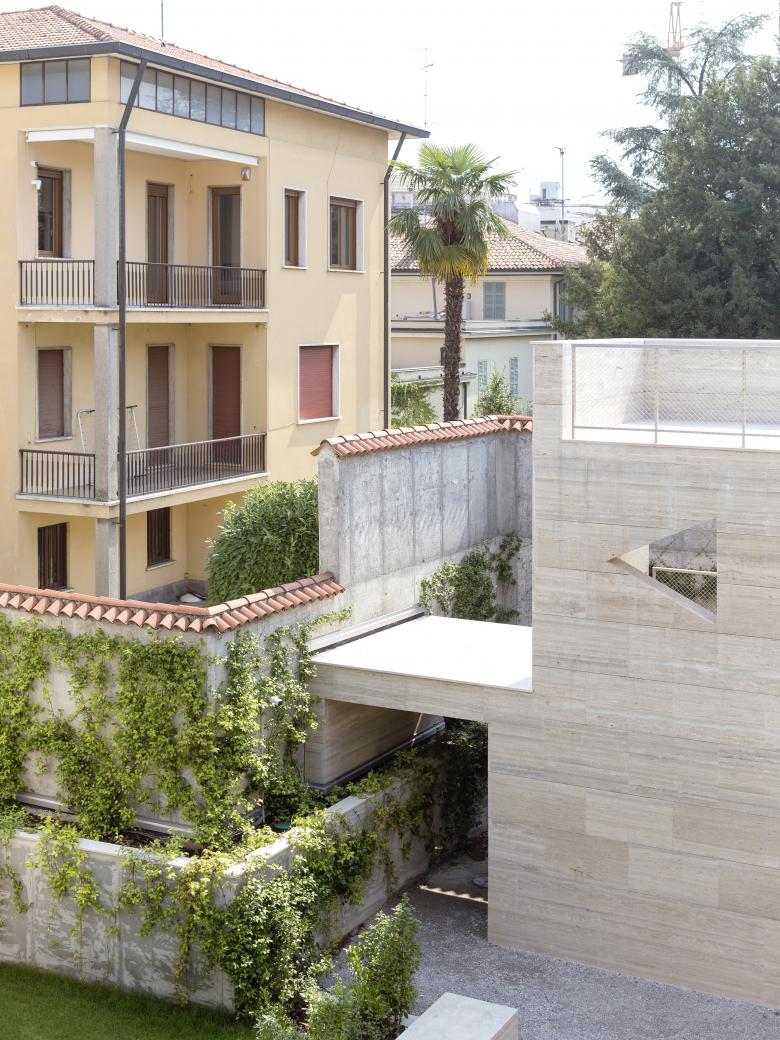 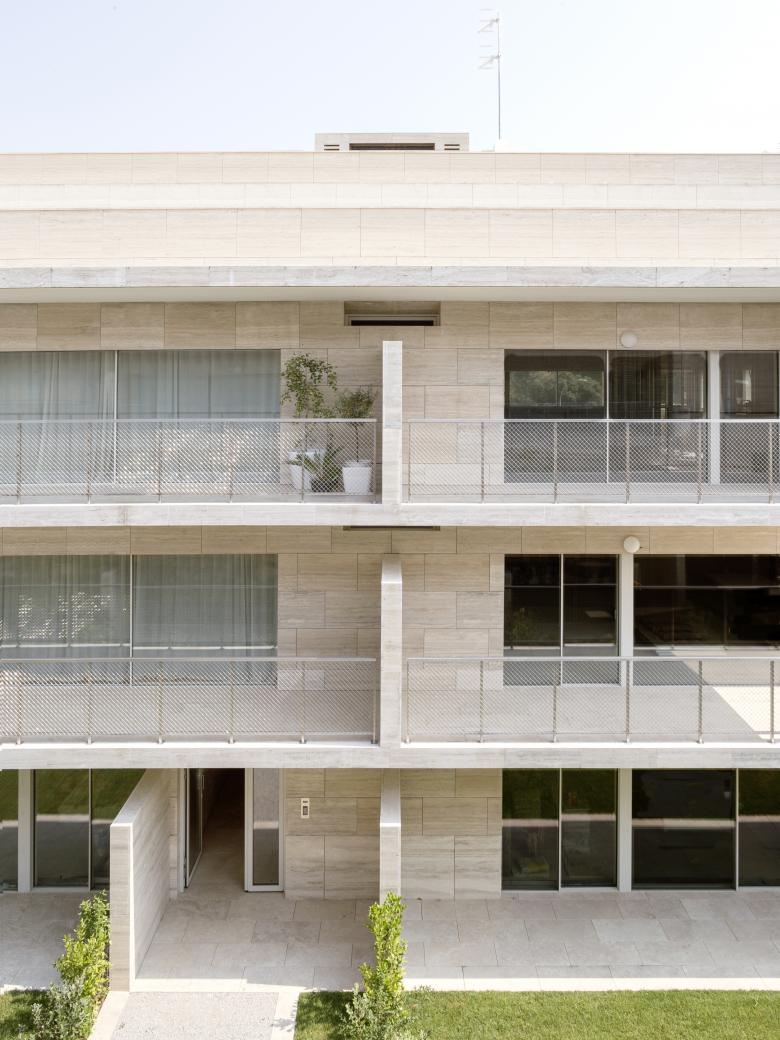 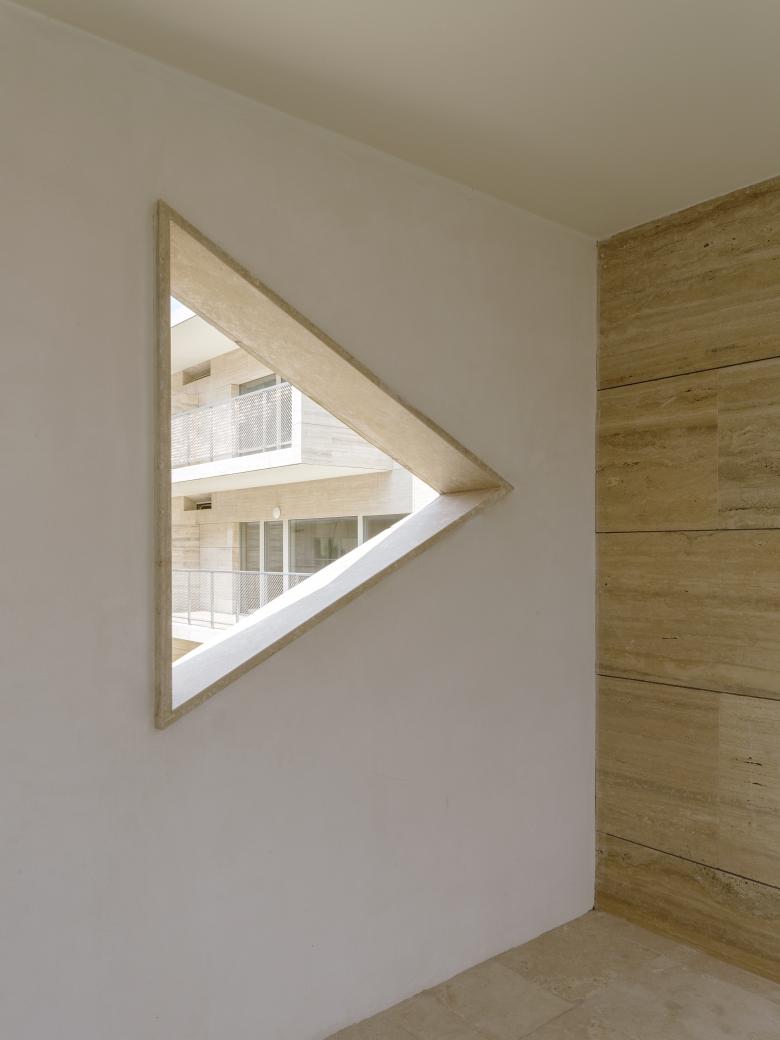 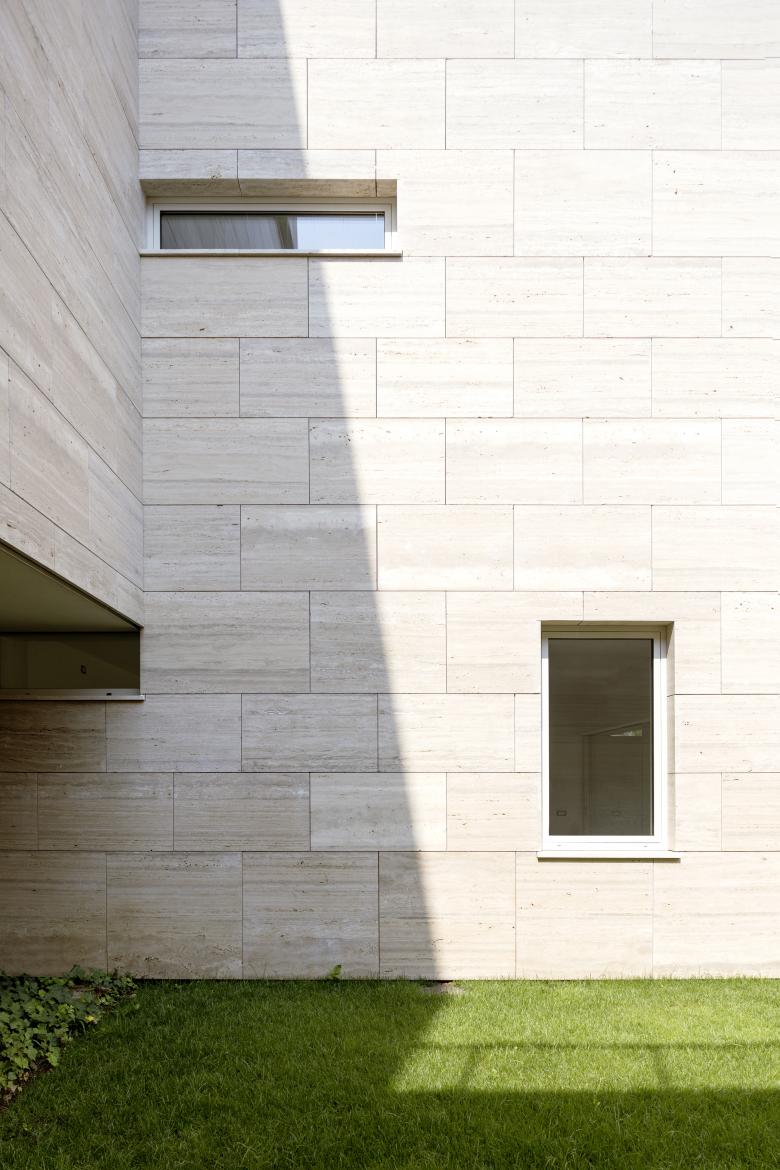 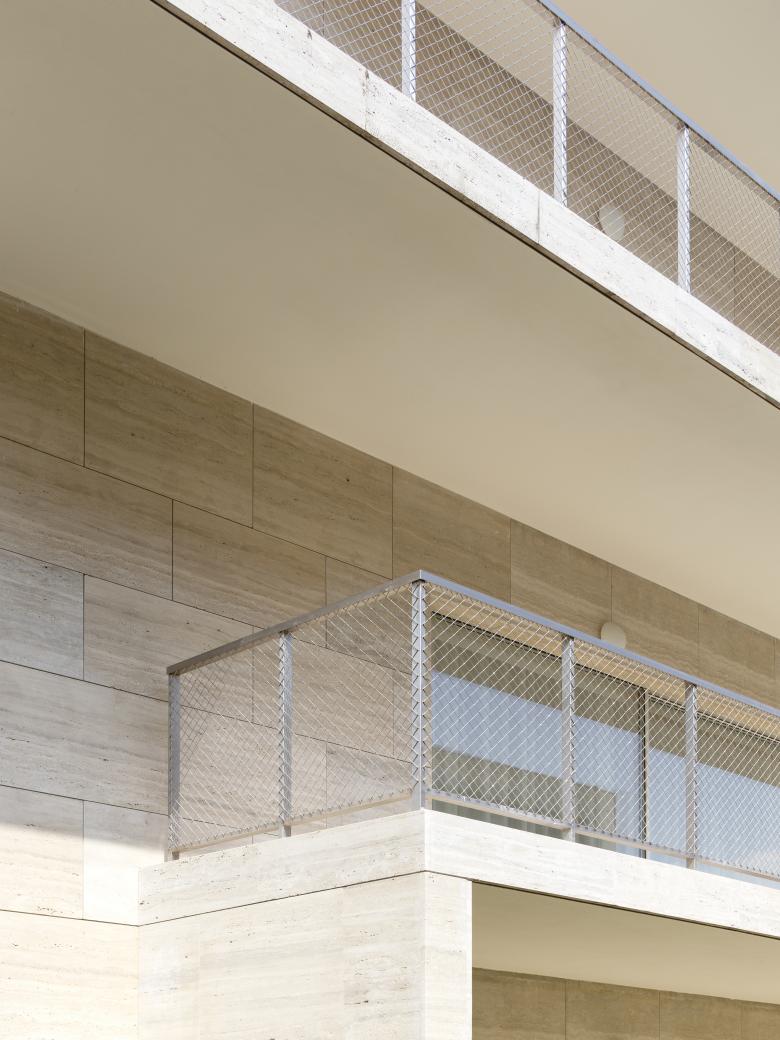 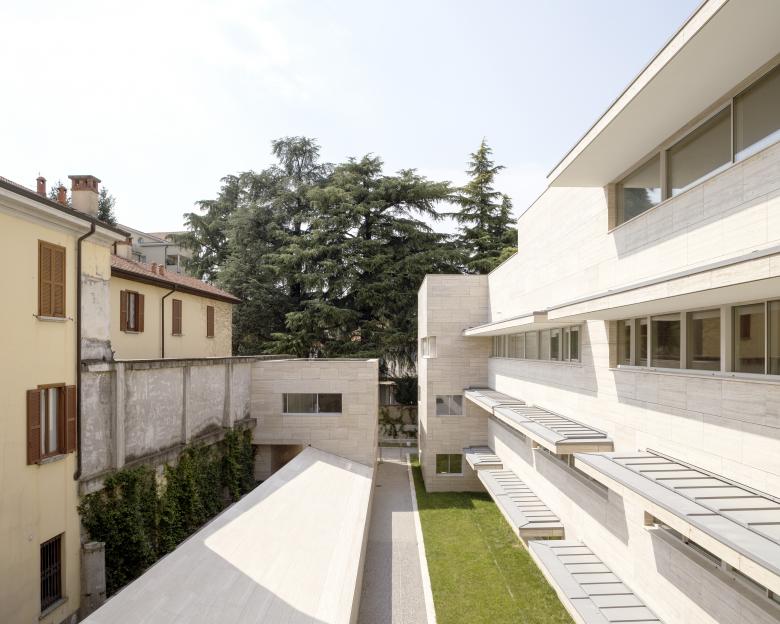 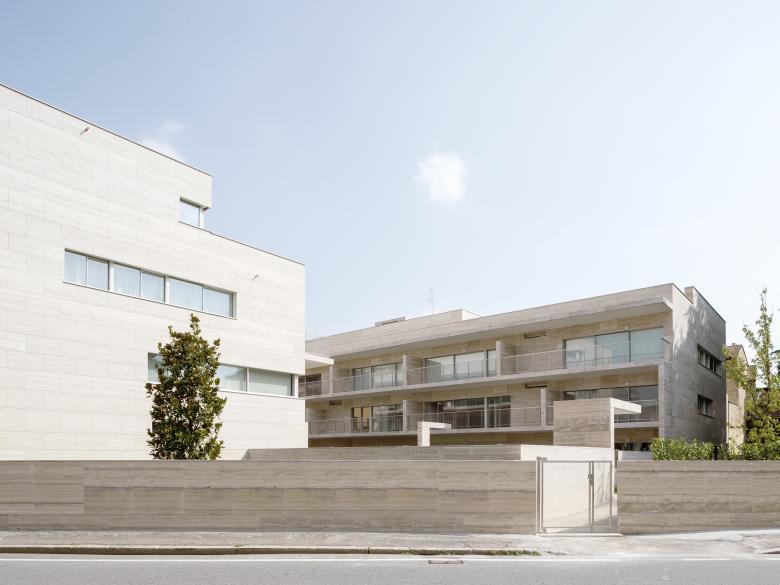 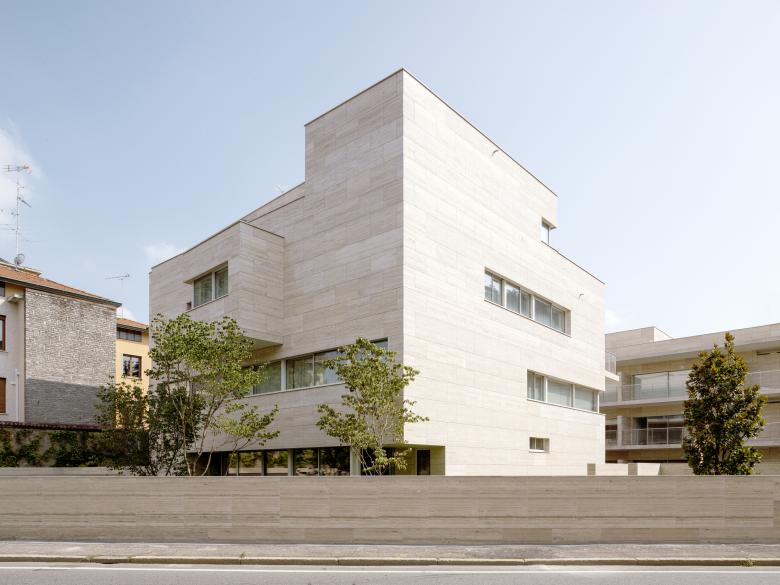 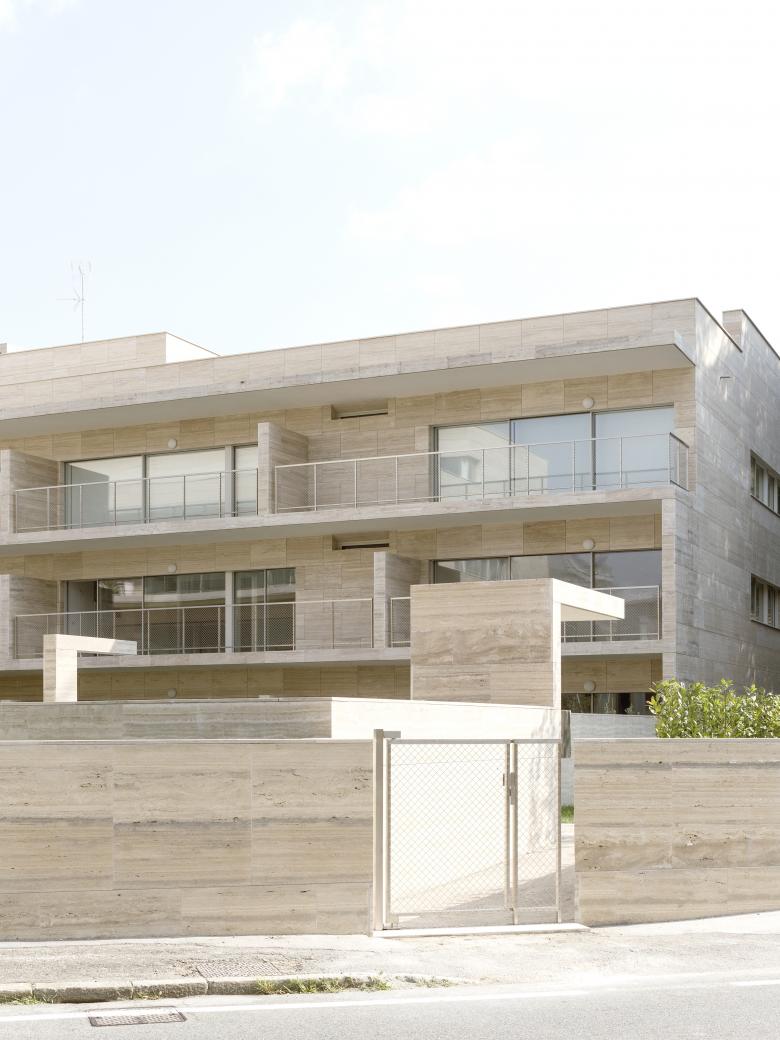 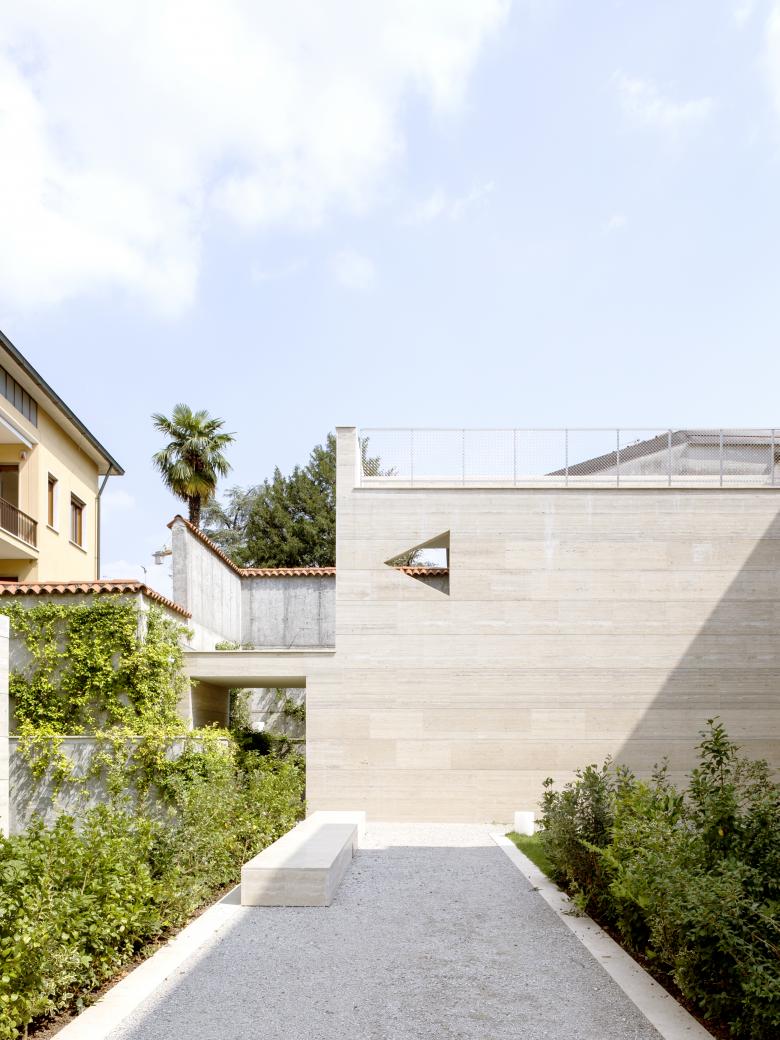 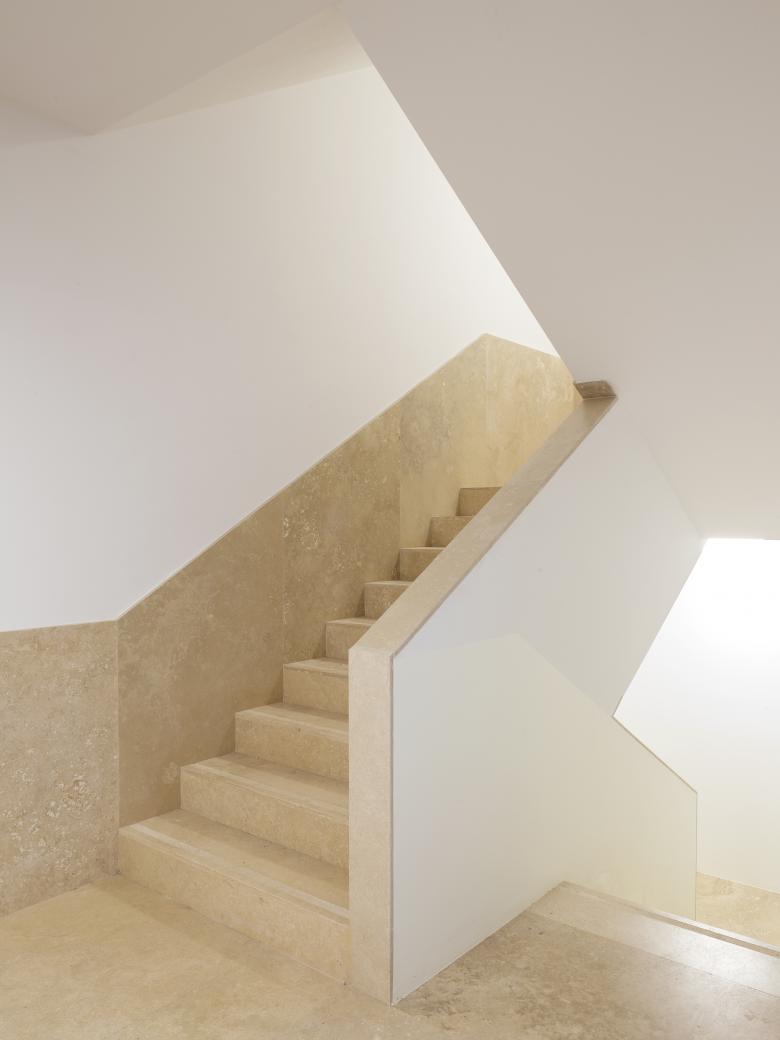 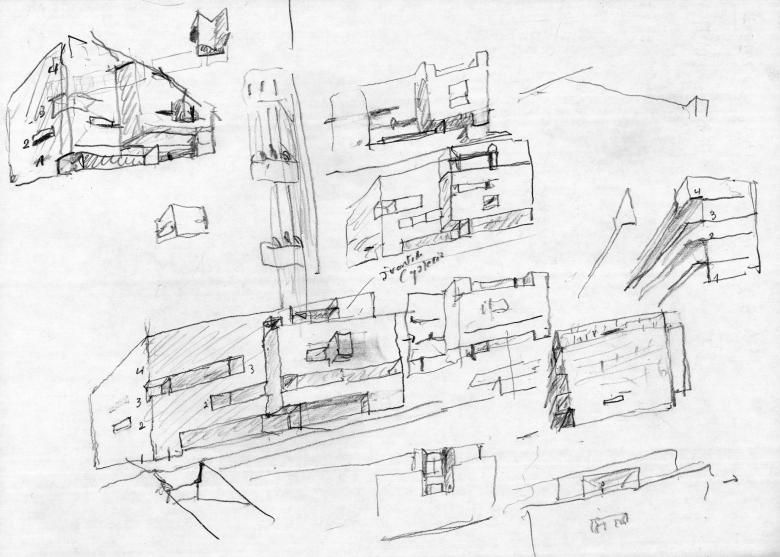 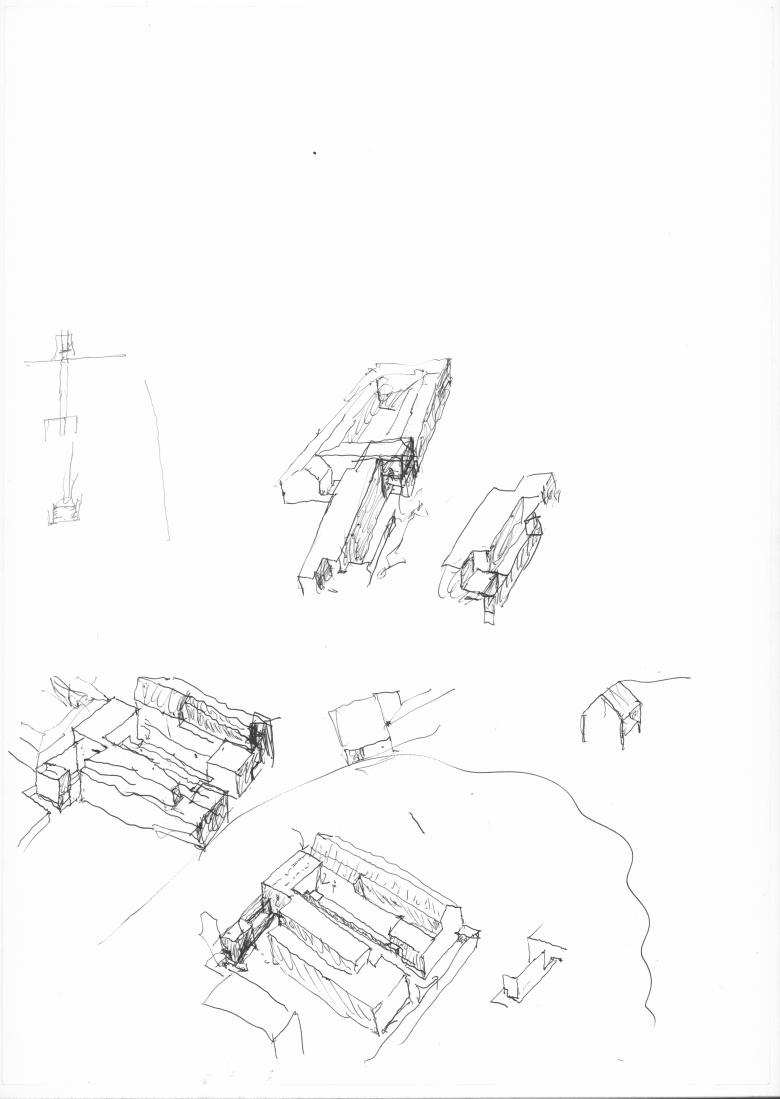 Construction of 20 apartments in the historical centre of Gallarate between via Roma e via Postporta distributed in two four storey building. The urban insert is conceived giving great importance to the external spaces, to the public and private paths, reproposing the traditional Lombard courtyard and the alleys of the ancient town.

Gallarate is a small town between Malpensa airport and Milan, situated within the natural area of the Park of Ticino, therefore submitted to lanscape bound. The vacant plot (50x60 m approximately) available for the construction is inserted in the limit between the fabrics of the historical centre and the Liberty period – the twentieth-century Borgomaneri factory facing the complex in via Roma is a good example. The functional program consists of 20 apartments with surface areas ranging from 75 to 270 m2, and housing typology varying from studios to four-bedroom apartments, 94 parking spaces and 20 cellars. There are 4 levels above ground and 2 under ground. The buildings are 15 m wide inclusive of the loggia (2m). The main courtyard is 10 m wide and 41.6 m deep. The apartments on the top of each builiding are duplexes with large terraces facing the urban landscape and the Park of Ticino.

The main concern has undoubtedly been to respect the continuity to the urban grid, designing the new volumes considering the hights of the sorrounding buildings and the conformation of the adjacent plots. Despite the fact that it consists of a private intervention, the functional program included municipal parking spaces, and a public autonomous pedestrian pathway (permeability of the plot), open during most part of the day, connecting via Roma to via Postporta. All this results in the city entering and crossing the complex. Both the resident and the no resident pedestrians experience the feeling of entering a small town marked by some elements that provide the complex with an articulate characterictic: from the portals that sign the entrances, to the volumes that rise from the basements, illuminating the underground levels with natural light. From the study of the dwelling typolgy point of view, the choice of designing apartments with double exposures (east-ovest) ensures a better thermal efficiency (cross ventilation) and an optimal solar orientation. Large balconies work as an extension of the living rooms.

In the 50x60 m plot, the two buildings, with reinforced concrete structure and post-tensioned floors, placed 10m apart from one another, bound a large rectangular courtyard with generous green spaces, and are designed as two different typologies of buildings: the smaller one, facing via Roma is an autonomous body, similar to a modern villa; the larger one, U-shaped, encloses another courtyard and interacts with the oldest part of the town.

The green spaces run through the plot, under covered passageways, galleries, or climbing the ritainig walls at the limits of the project. The stone material travertino cover entirely the construction, reaching the underground floors through the ventilation patios. The external paths are covered with grained stone and curbs in travertino. The vegetation characterizes not only the external ground floor level, but also the roofs of the buildings which are covered mostly with green areas. The only exception is where the photovoltaic panels are located. The concern about the energy efficiency is highlighted also by the presence of geothermal probes, used both for heating (floor heating) and hot domestic water.

Rehabilitation of the Old Resin Factory

Rehabilitation of the Garibaldi square