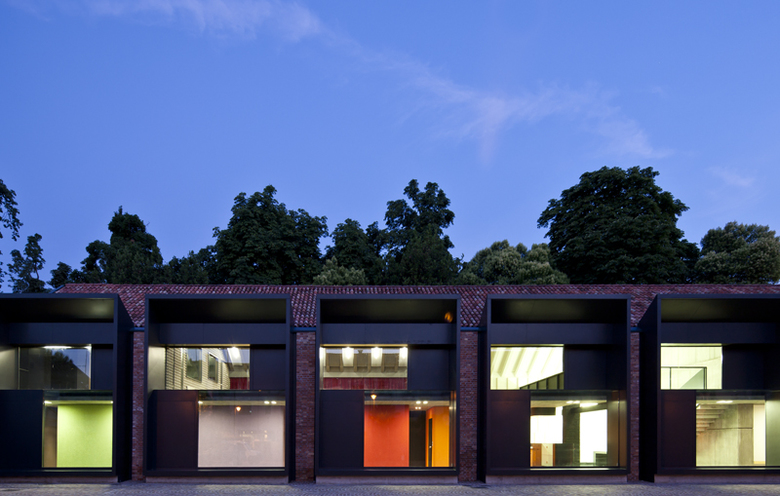 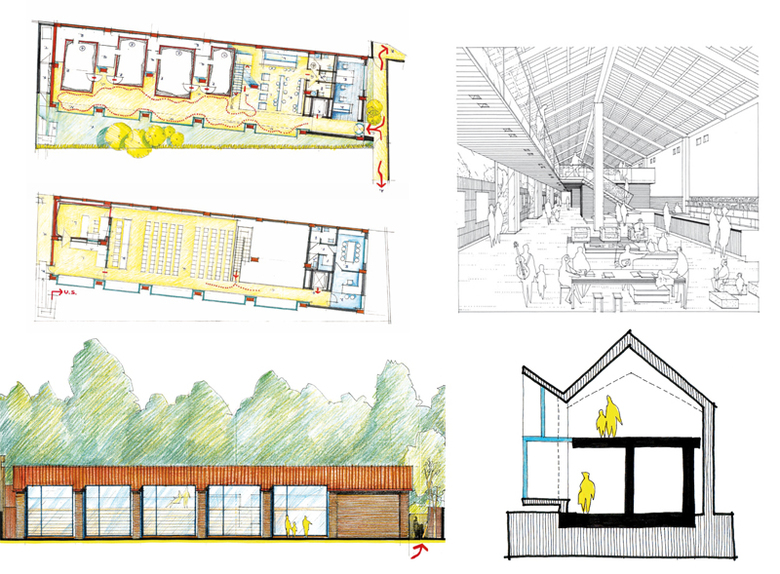 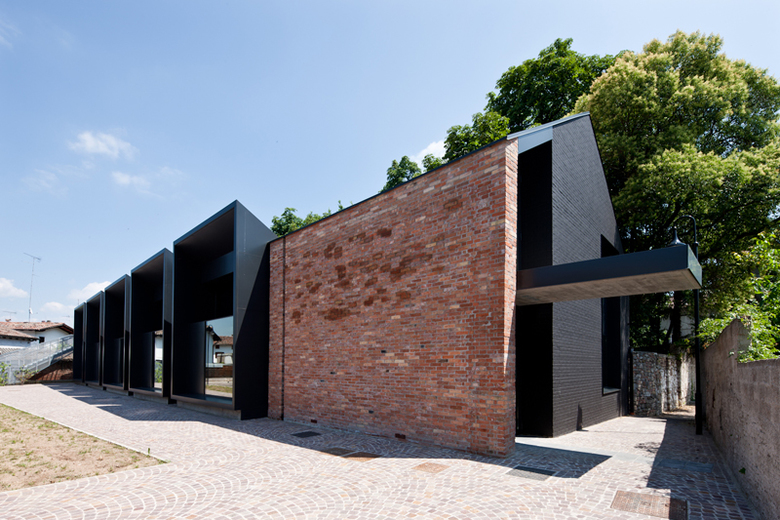 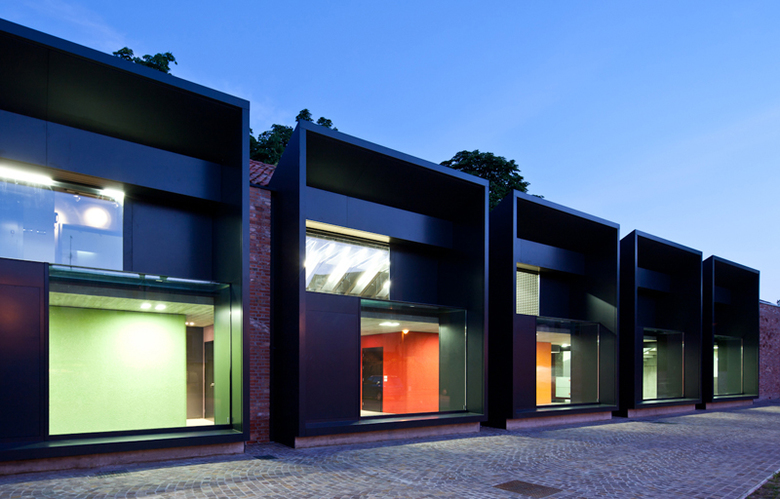 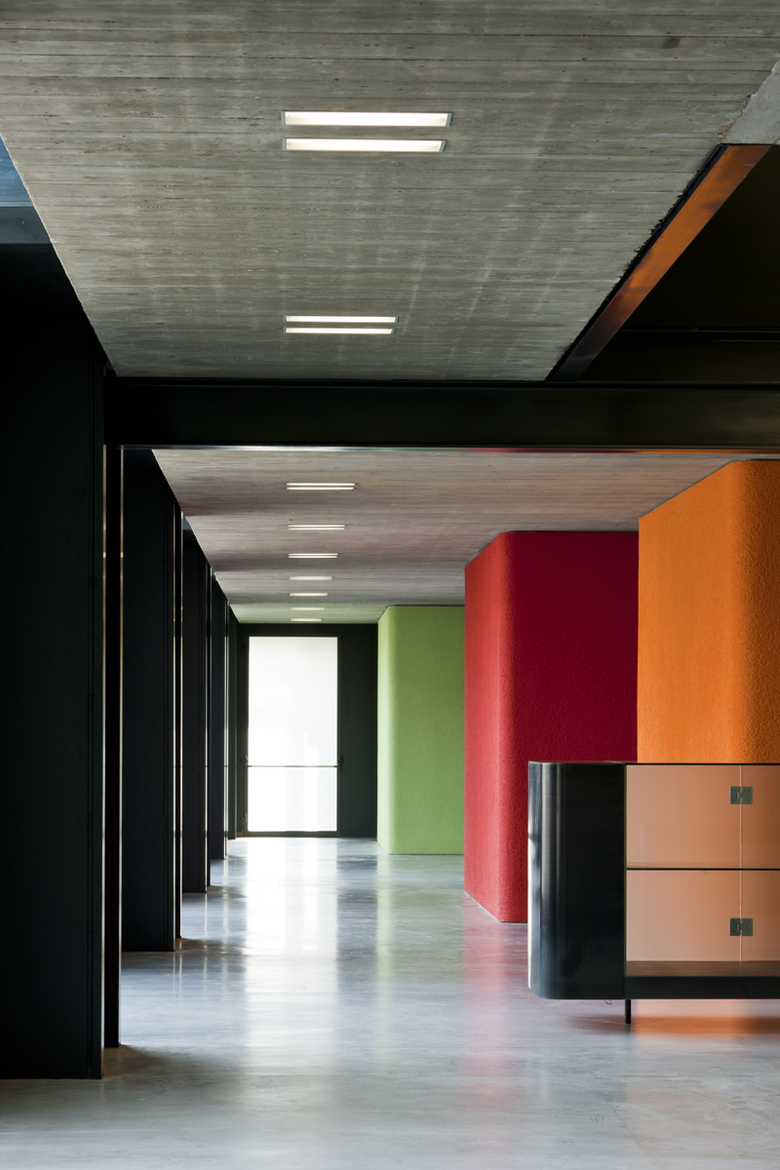 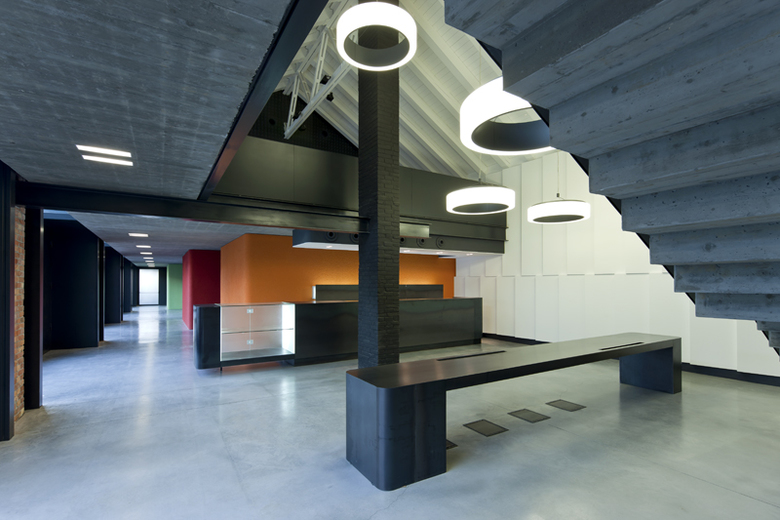 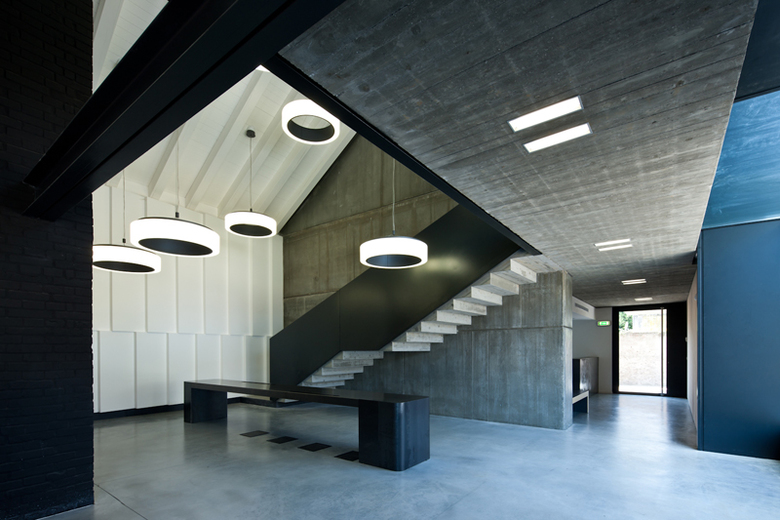 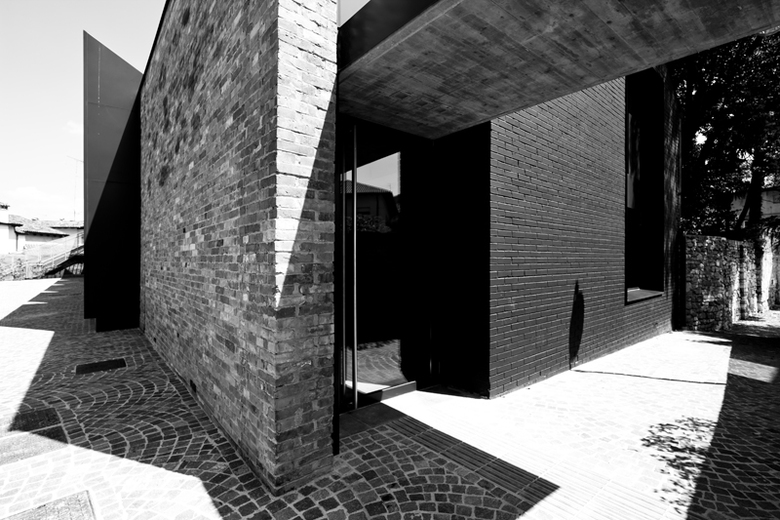 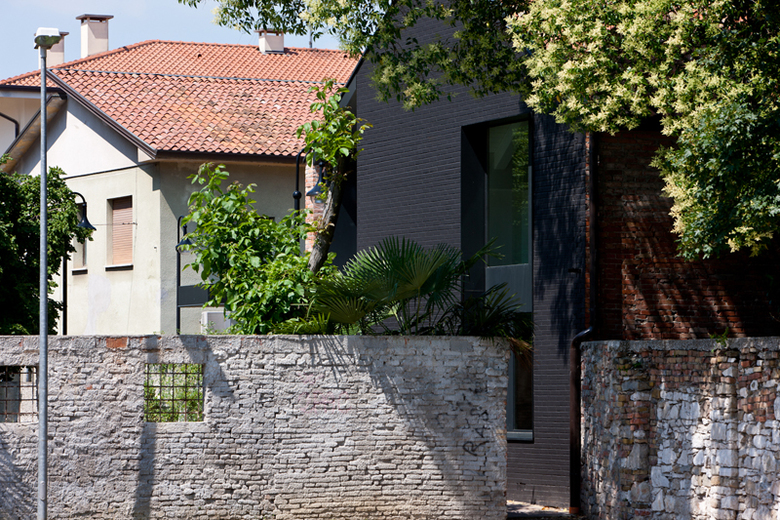 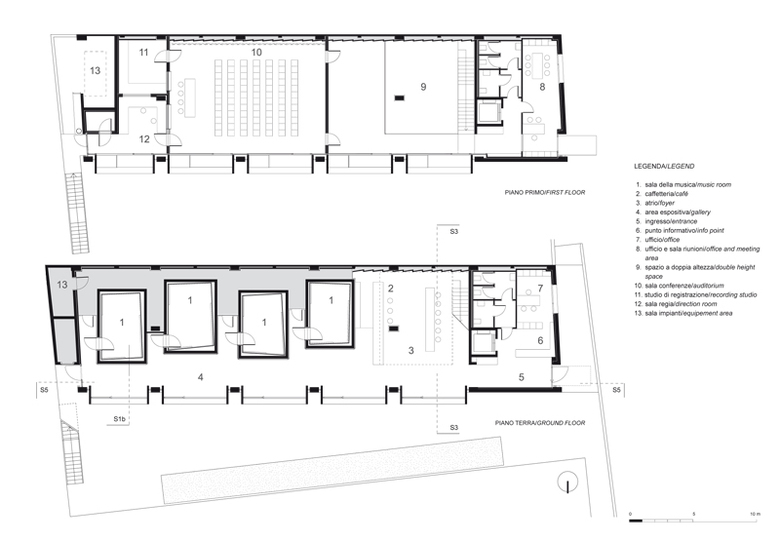 The project deals with the construction of a new music hall in Cervignano del Friuli inside an existing building, which is then totally renovated and transformed.

The new destination incorporates different functions related to several groups and associations and is meant to be used in different ways. The music hall includes areas for public gatherings and refreshment, rooms for music practice and teaching, exhibition, performances and conferences, as well as a recording studio.

The project consists in creating two floors in the existing building. The extant brick structure will be preserved and reused to support the roof, while a new independent reinforced concrete volume will outline a new area inside the building, and guarantee soundproofing. The latter structure is composed of four volumes for the rehearsal rooms on the first floor, the only enclosed and independent areas in the two-storey volume. The saddle roof of wooden beams is rebuilt with a greater pitch and higher than the previous one. The first floor, partially opening onto the double-height ceiling, is occupied by a multipurpose hall seating 100 people.

The main facade is completed by five large protruding floor-to-ceiling window frames, containing the glazed and blind panes on different horizontal and vertical plans, so that the town-facing front looks “deeper”.