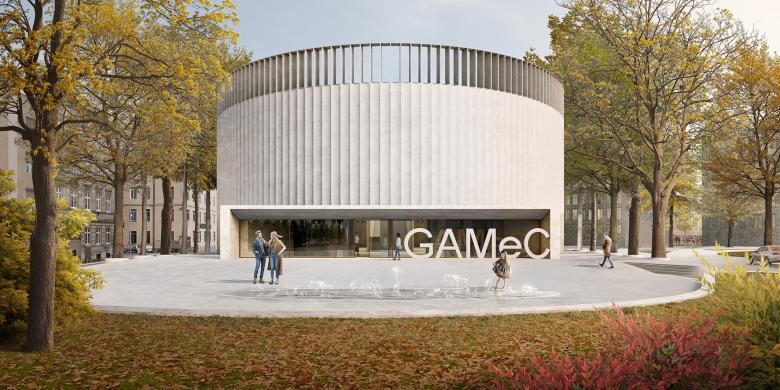 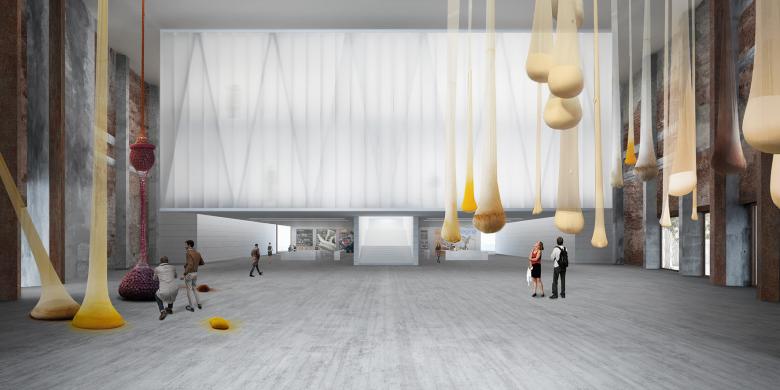 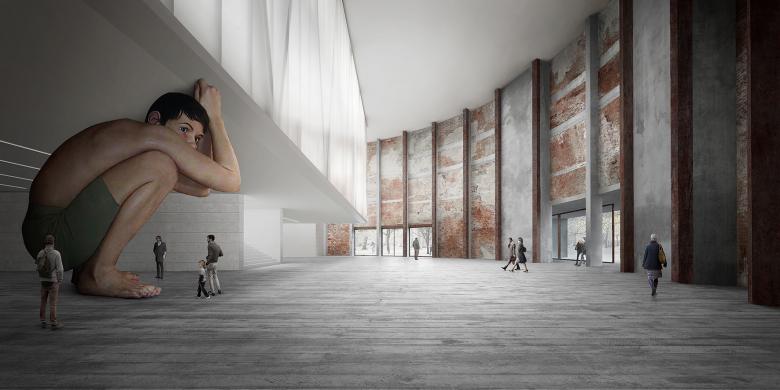 The old and the new
Visualization © C+S Architects 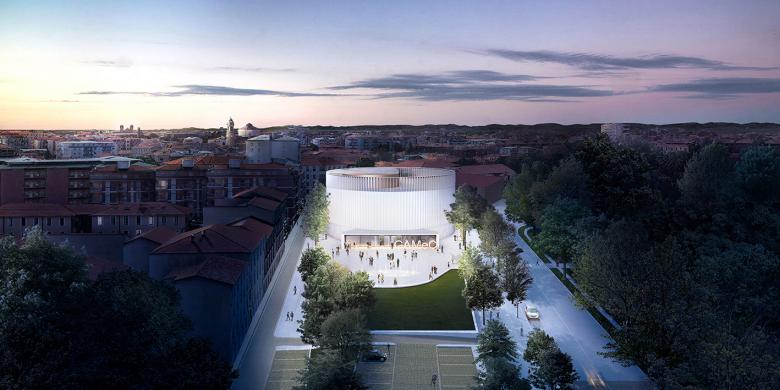 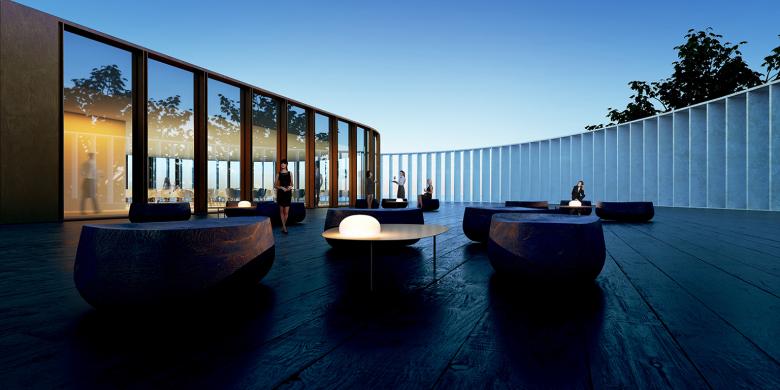 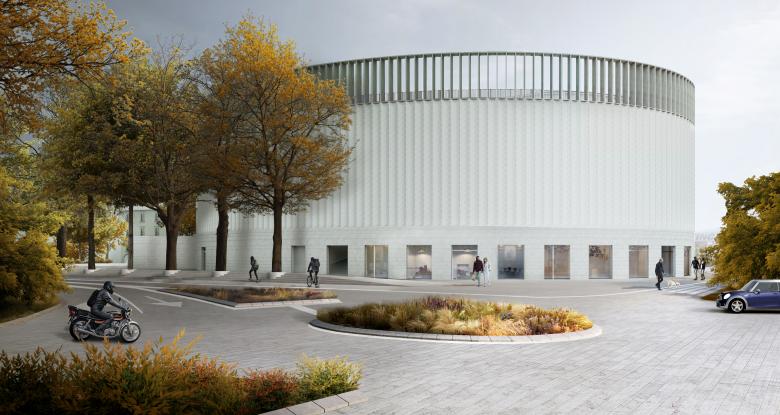 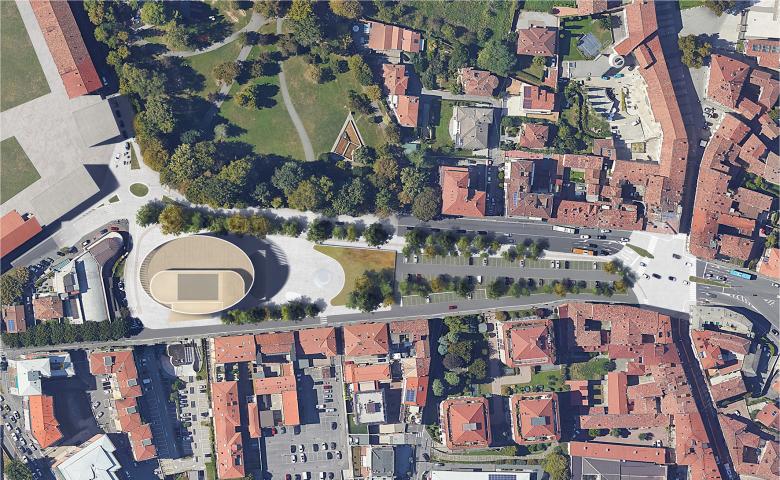 Bergamo City Council unanimously approved the planning permission and Listed Building Consent for the retrofit of GAMeC Museum in Bergamo, the Modern and Contemporary Art Gallery of the city, for years now looking for a new location. The intervention will have a total cost of around 18 million euros.

"The transformation project of the current Palazzetto dello Sport - Giorgio Gori, Mayor of Bergamo - realises the ambition to make the GAMeC a point of reference of international importance for modern and contemporary art, providing it with a functional location both for large exhibitions for workshops, conferences and educational activities.”.

As well as the structure, the current shape of the sports facility will be maintained (a distinctive feature of a building) which, however, demonstrates its entire half-century of life. The stands will be demolished and a large "lantern" will be built inside - which will contain the exhibition part - through the construction of intermediate floors and exploiting the height of the current playing field. In addition to this new container, a restaurant, a bar, a bookshop and all the functional services of an art gallery are also planned. The total area will almost triple: from the current 2,200 square meters to just under 6,000.

Confirming and clearing the elliptical container from the additional volumes and maintaining the position of the entrance towards piazzale Oberdan, the project transforms the current forepart, maintains its grounds and lowers it in height in order to build a portal that allows public space to “flow” inside the building. This creates the museum foyer, a full-height internal covered square, an open space, attractive and in harmony with the new external square, designed by seats, a fountain with water games and small commercial gazebos.

The museum's exhibition area will actually begin on the ground floor: the full-height foyer is designed as a multifunctional space equipped for exhibiting large-scale works. This space also houses the bookshop and informal educational rooms to attract the younger audience. Opposite the entrance are the museum offices and a commercial space that overlooks the new student residence in the Montelungo-Colleoni area.

A central staircase excavates the entrance to the museum on the first and second level with the gallery for permanent exhibitions, obtained, this, inside the opal volume that presents a series of mobile modular panels customizable at necessity. The permanent museum and temporary gallery are however accessible separately so as not to hinder access to the permanent museum during the setting up of temporary exhibitions. Safety stairs and symmetrically positioned elevators complete the system of accessibility and escape routes.

On the top floor it was necessary to reduce the volume due to the impossibility of building adjacent to the passage of the Morla stream. A light volume was therefore created that houses a panoramic restaurant, accessible from the outside even when the museum is closed. The new volume follows the building boundary, leaving the rest of the space to a rooftop panoramic terrace.

The new museum will also represent a new point of view on Bergamo, thanks to this panoramic terrace that overlooks the roofs of the city and is the conclusion of this path that winds through the memory of the building, inside art, and then finally to see the city.

"The design of a new GAMeC, - explains the museum director Lorenzo Giusti - larger, brighter, more welcoming and more suitable for hosting the multiple languages ​​of the contemporary is a goal consistent with the growth of art collections and with the increase progressive number of the public that has interested the Gallery of Modern and Contemporary Art of Bergamo."

Enhancing the potential of the existing structure and paying attention to the issues of soil consumption, circularity and sustainability, the architects opted for a retrofit operation. “We have inherited from the past buildings of generous dimensions and structures that today we can rarely afford to build. We believe it is necessary to enhance existing buildings and obsolete urban systems because they are special spaces available to communities, banks of energy and raw materials, resources to regenerate parts of the city, rather than problem to be solved. Retrofit is a resilient tool to translate the more or less recent past and turn it into a resource for the community. The transformation of the sports hall into the GAMeC Museum is one of these legacies that is transformed into potential, on the urban scale, on the architectural scale and on the scale of the physical experience of citizens. "- Segantini emphasizes.
"The project becomes a bridge between past and future: on the one hand it maintains a strong trace of the original structures and, on the other, it invents a new space, consisting of an opal glass lantern suspended in the void that houses the permanent GaMeC gallery. The existing internal structures will be left unfinished and consolidated with metal grafts maintaining the materiality of the exposed concrete and the traces of its transformations to build a dialogue between old and new”, underlines Cappai.
"We are honored to have contributed to giving back to the citizens of Bergamo a new public space capable of raising awareness of the fundamental role that art and culture have in building the legacy for future generations", write Cappai and Segantini.

Other Projects by C+S Architects