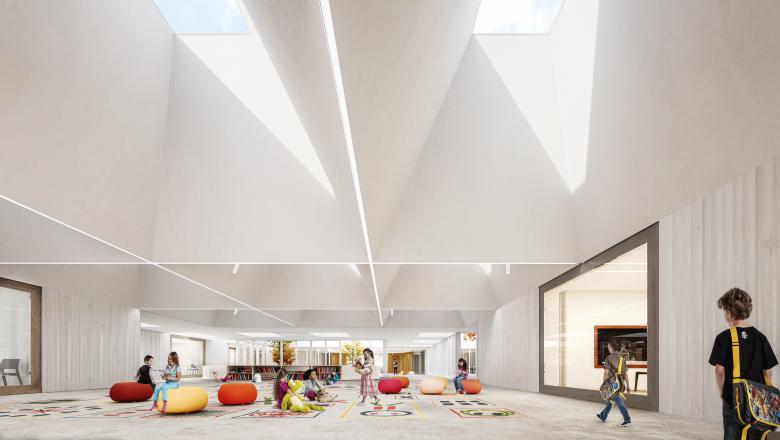 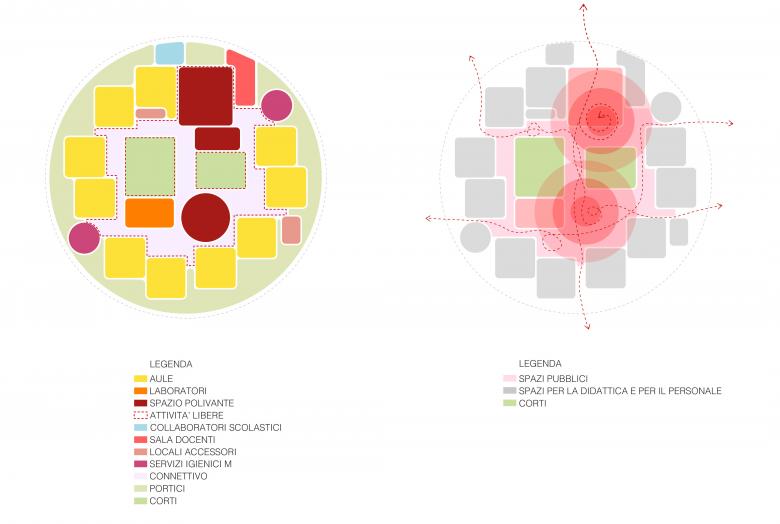 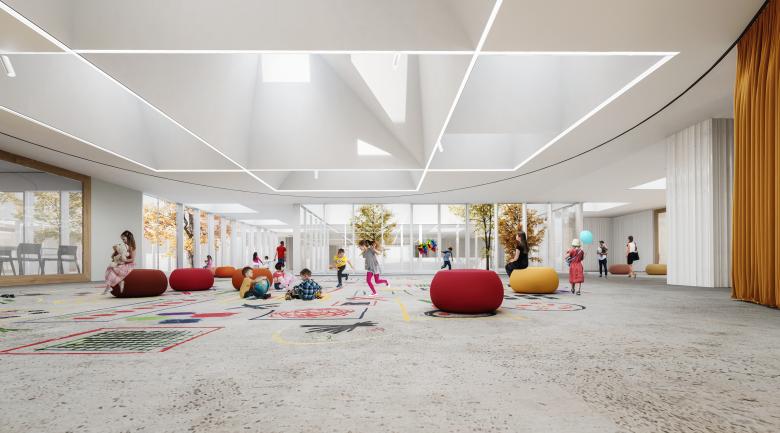 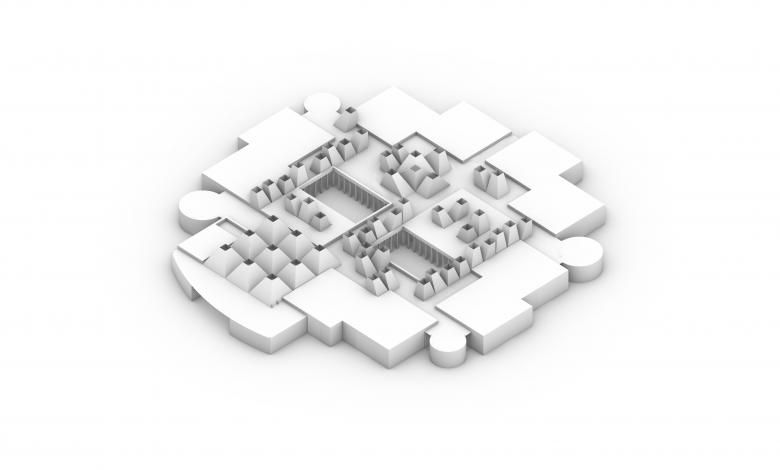 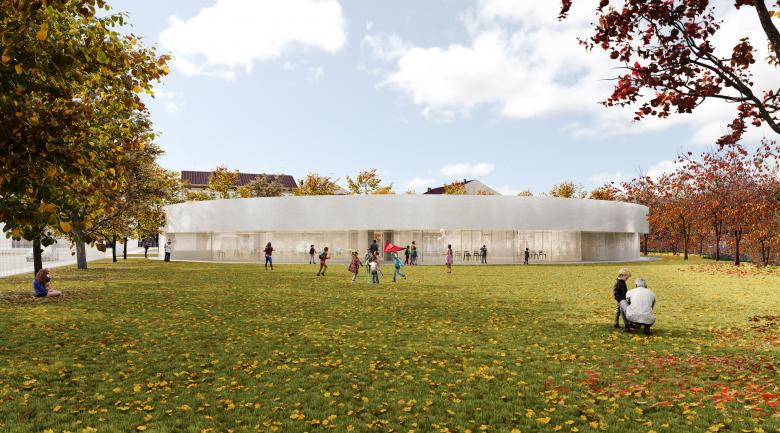 The school without walls!

The project for the new Rodari Primary School in Conegliano, designed by C+S ARCHITECTS, Carlo Cappai, Maria Alessandra Segantini, has been unanimously approved

The children of Conegliano will soon have a new primary school, surrounded by greenery and at the forefront of energy sustainability and spatial and educational innovation.

The detailed design phase of the project has been approved for a cost of 5.3 million euros (financed for 3 million by Pnrr funds and 2.3 million by the Municipality) spread over 2,119 m2 and on a lot of 6,800 m2. The project is signed by C+S ARCHITECTS, the firm founded by Carlo Cappai and Maria Alessandra Segantini, with offices in Treviso and London, which have just won the 2022 Italian Architect of the Year Award, the most prestigious Italian architecture award promoted by the National Council of the Architects.

Cappai and Segantini have been working on school building projects for more than twenty years. Their schools are known internationally, have been used as best-practice to write the new guidelines of the Ministery of Education as codes for school building design and have been exhibited at the 15th Venice Architecture Biennale.

“As architects and researchers, we recognize that schools have an important political role - from the Greek polis, within communities. In this project we break down the walls of the school by designing a completely transparent building, a metaphor for building as spaces to gather a multiethnic and multicultural community. We conceived this school building imagining the possibility of creating a space that could be used by the whole community, at different times. It is a large, transparent and open cultural hub that stimulates curiosity and the exchange of experiences and knowledge among people. ”- write Cappai and Segantini.

Located in the northern part of a plot currently occupied by a parking lot, which overlooks Via Padova, the new school (10 classrooms for 250 students), with a circular plan, develops on one level. The project preserves the existing trees: the two rows of lime trees, along via Padova and the northern border and the two large cedars, adding new lime trees, birches, persimmons and lavender hedges.

Overlooking Via Padova, the main entrance leads to a large atrium illuminated by a series of skylights dug into the roof volume. From the atrium, a generous system of collective spaces, lit from above by skylights and articulated around two central courtyards, expands in all directions. It is a fluid system, it contracts and expands, generating flexible 'spaces of potential' and available to the needs and creativity of the community. In particular, a 'circular square' opposite the large entrance hall and equipped with a curtain, lends itself to hosting special and theatrical activities.

The ten classrooms are arranged along the perimeter of the building in close visual and physical continuity with the garden, articulating the envelope of the school in a jagged and dematerialized profile below a generous projecting roof, which defines a large perimeter portico. In this way, each classroom has direct access to the garden and a covered space in front, which can also be used for outdoor activities. The perimeter walls, made up of a layer of translucent alveolar polycarbonate on the outside and of laminated glass on the inside, allow the light to filter and softly diffuse inside the classrooms, which will thus be able to enjoy optimal natural lighting. The internal partitions are instead walls equipped with lockers for students, onto which large fixed windows open, which visually expand the collective spaces towards the garden.

The theme of environmental sustainability in a school has an undoubted pedagogical value. The objective is pursued through the creation of a highly performing building envelope and a plant system capable of minimizing energy needs.

The project involves the use of renewable energy sources thanks to the installation of a large area of photovoltaic panels on the roof. The plants will be managed remotely with a BSM system.

Thanks to the use of alternative energies, the construction of a building in nZEB energy class is envisaged. The steel structure is recyclable at the end of the building's life. The use of cork as a flooring material is a 100% biodegradable, recyclable and renewable natural raw material.

The new Rodari school in Conegliano is therefore configured as a cultural center that collects the functional and spatial needs of the primary school, and at the same time amplifies the potential of the common spaces, transforming them into meeting and exchange places for the whole community. In this way, the connections between the other two schools in the vicinity, the parks and public spaces can be strengthened, organizing the collective spaces and equipment of this part of the city.

“The internal space explodes in height thanks to a sequence of 'skylights' in the shape of a truncated pyramid, seeking the zenithal light within the system of reticular beams of the roof structure, which also houses the MEP systems and completely frees up the ground floor space. Outwardly, the school looks like a pavilion in the park. The front is simple: a suspended volume covered in white glass mosaic (recyclable and highly durable material) which rests on a punctiform structural system of steel pillars”, says Segantini.
“We have designed a 'space of potential', where every space can be transformed by the creativity of the teachers or the community that inhabit it. All distribution spaces are generous and can be transformed into 'spaces for special activities' even after school hours. In this way the school becomes an epicenter for the community and strengthens its identity.'' -writes Carlo Cappai.

“I congratulate Carlo Cappai and Maria Alessandra Segantini, of C+S ARCHITECTS for the prestigious recognition which, if any were needed, confirms the desire of the Municipal Administration of Conegliano to work with high quality designers above all in sensitive issues such as those of education. We can't wait to see the first foundation stone laid." – declares Mayor Chies.

“It is an innovative project to conceive spaces, a form of "breaking down walls" which favors the livability, well-being and socialization of children. The new structure will provide them with large indoor and outdoor multipurpose spaces which, in addition to guaranteeing a comfortable performance of school activities, will allow them to give space to the creativity of children and their teachers, also involving families and the community. Furthermore, the plant engineering, technology and care in the choice of materials will ensure that this new structure has a low energy requirement." – declares Councilor Toppan.