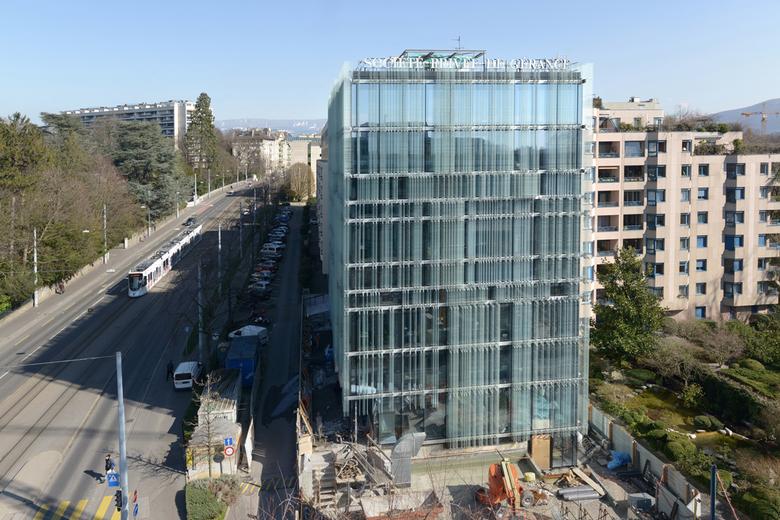 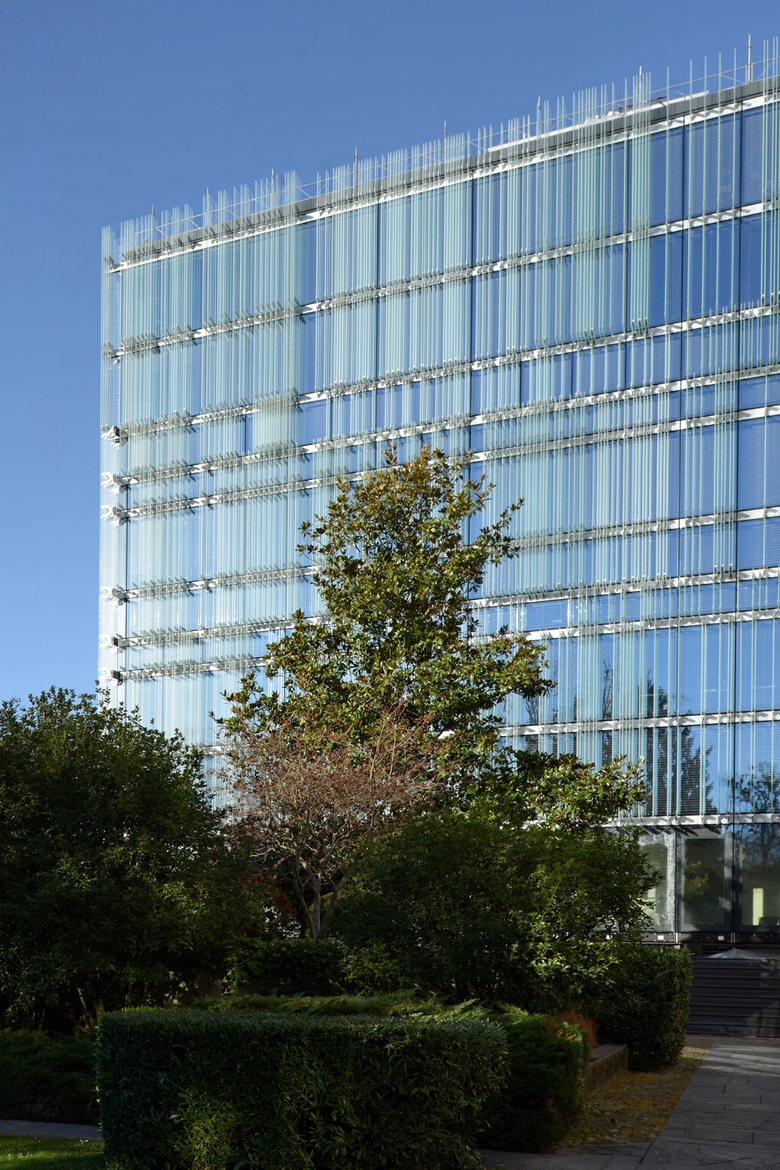 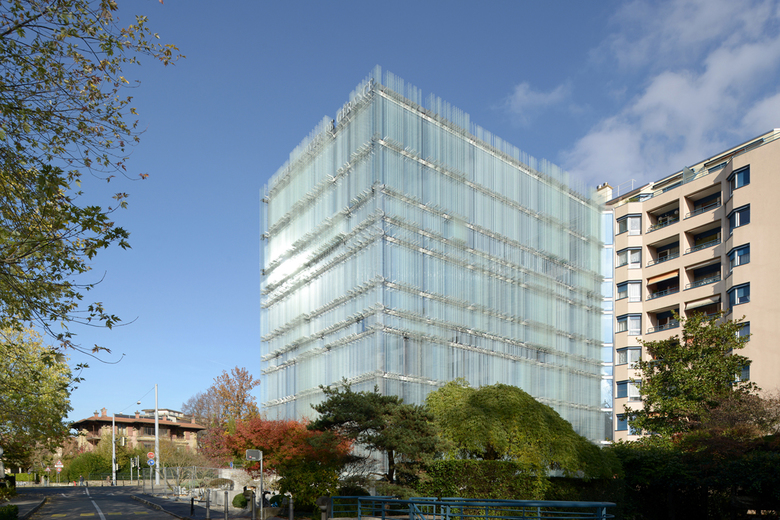 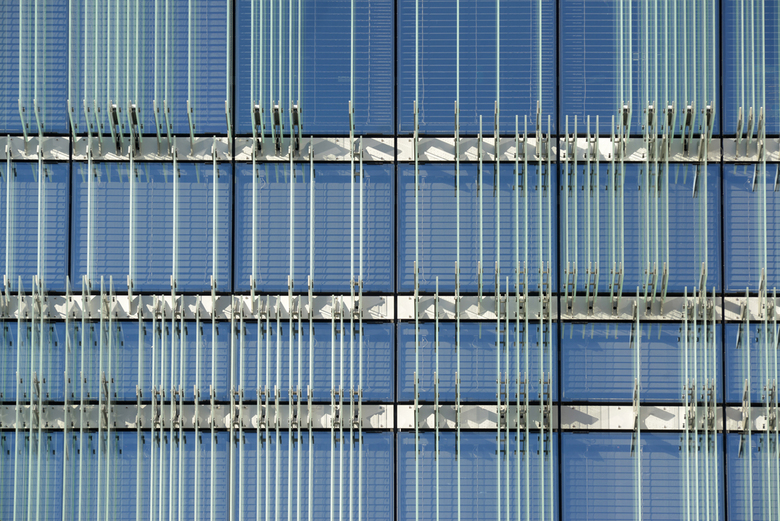 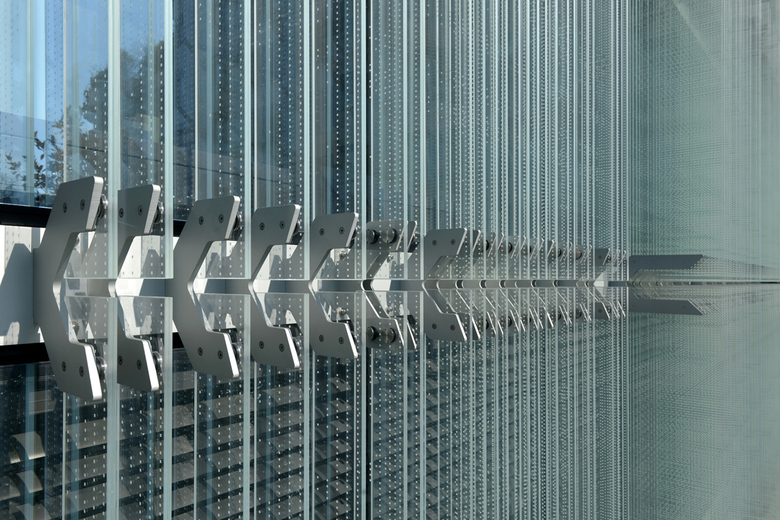 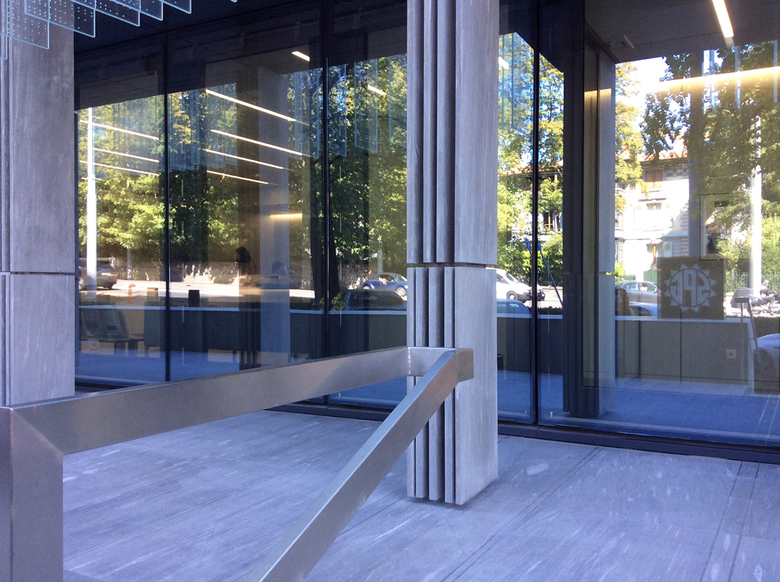 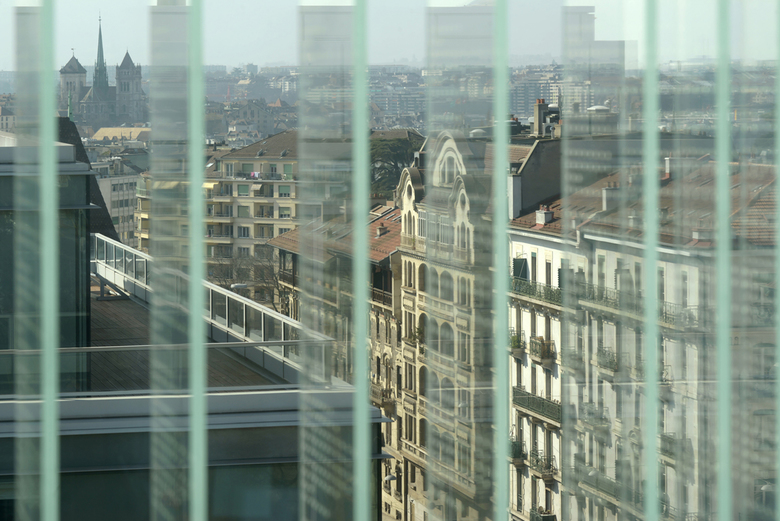 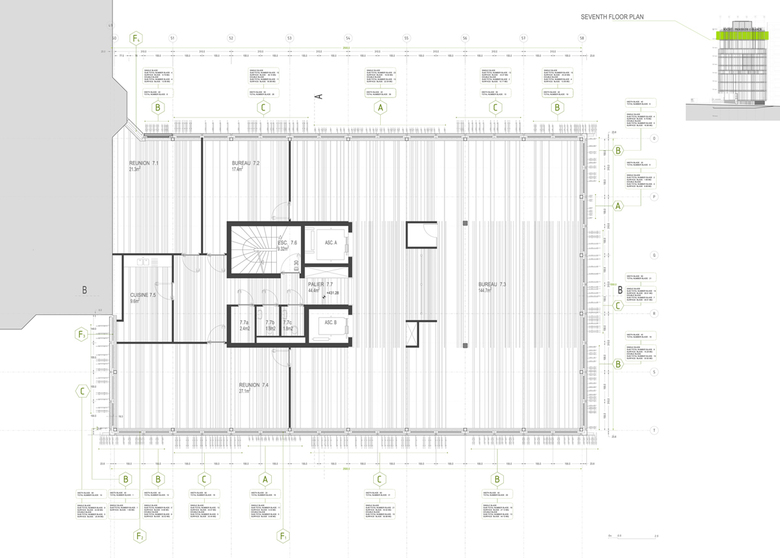 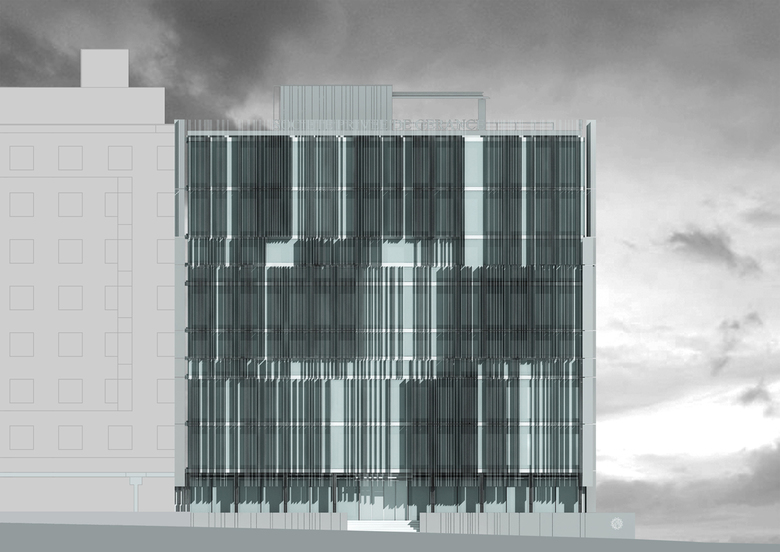 The project for the new headquarters of the SPG in Geneva starts from the conversion of the existing building expanded with two new levels and a new facade involucre. The quality of work spaces is the central theme that has led to completely redesign the outside of the building. The new external closure system is constituted by a first closure with triple glass (hot chamber). A fourth glass with aerated chamber contains the Venetian microperforated blinds for the adjustment of the light; on the outermost part are anchored printed glass shading. The glass blades, placed perpendicularly to the facade have three main dimensions (cm 20, 40, 60) and a variable pitch which defines the design of the entire facade. The entire system occupies a thickness comprised between 40 and 80 cm. A "thick surface" which departs from the outer casing design becomes the body of architecture, a geometric system that, starting from the design of the external blades reverberates on internal partitions, the functional layout and the geometry of the Vals stone paving with stainless steel inserts. To ensure a level of sun protection, but at the same time not limiting the vision from the inside was one of the first requirements of the project. The idea is to use laminated glass blades, seeking a balance between the shielding capacity obtained with the surface screen printing, and the permeability of the vision. The glass blades draw a "nebulous" wrap characterized by the multiplicity of reflections and transparencies.

At night the glass blades illuminated by white LED lights change the building into an urban scale lamp. The result is amazing, in the literal sense of the term (out of the ordinary). A simple system that through its reiteration produces a complex multiplication of visions (internal and external); a kinetic architecture.