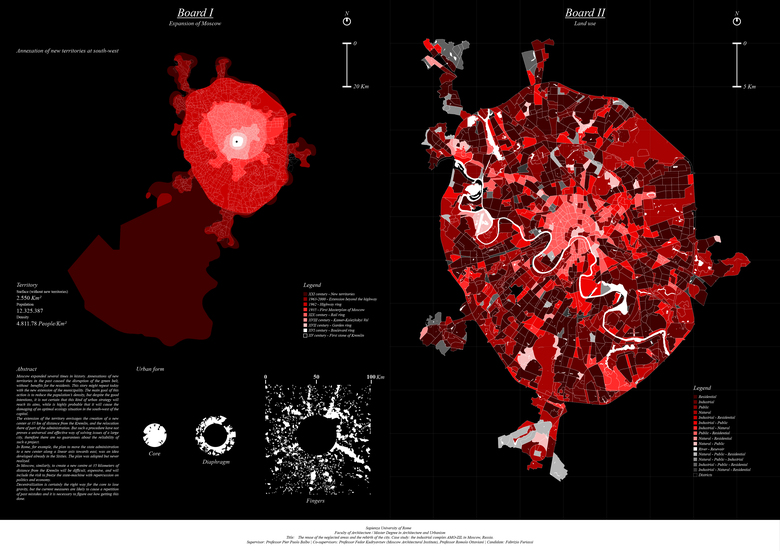 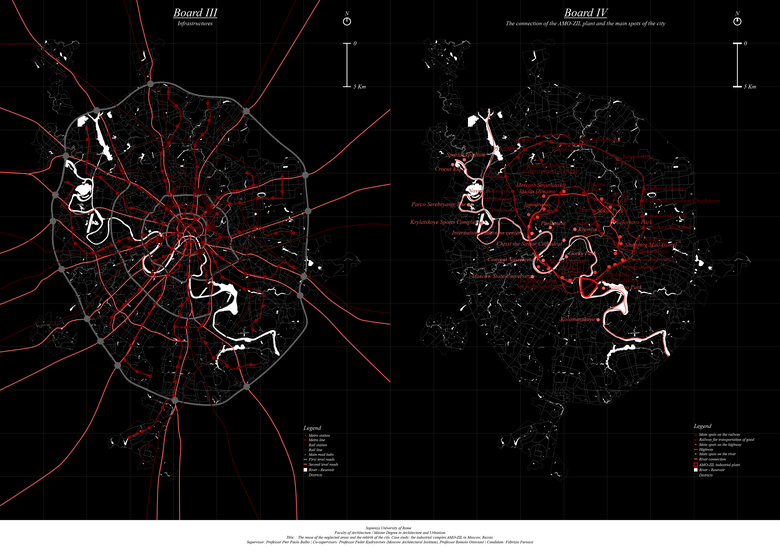 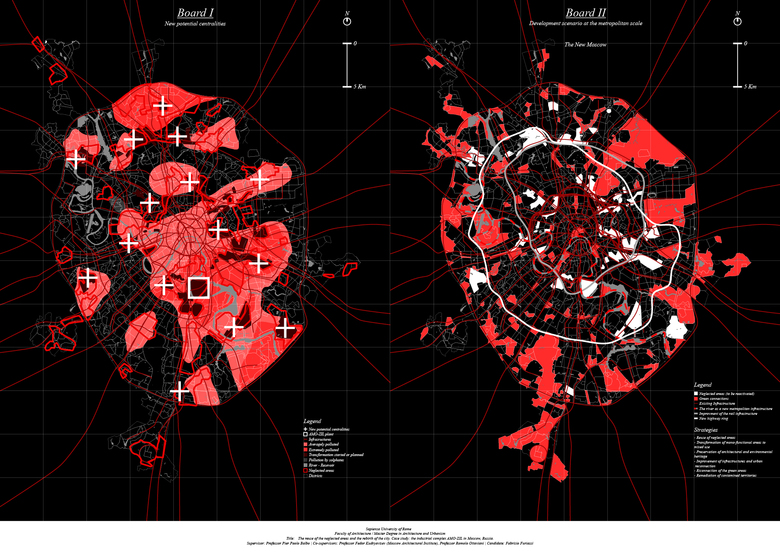 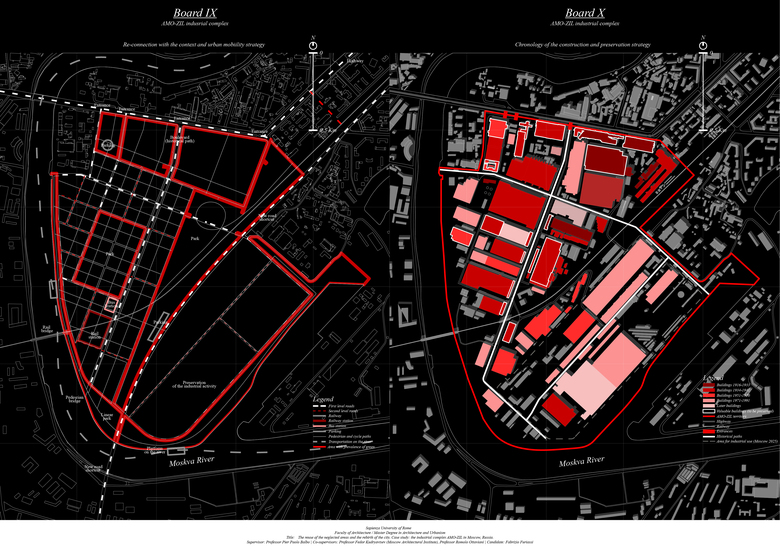 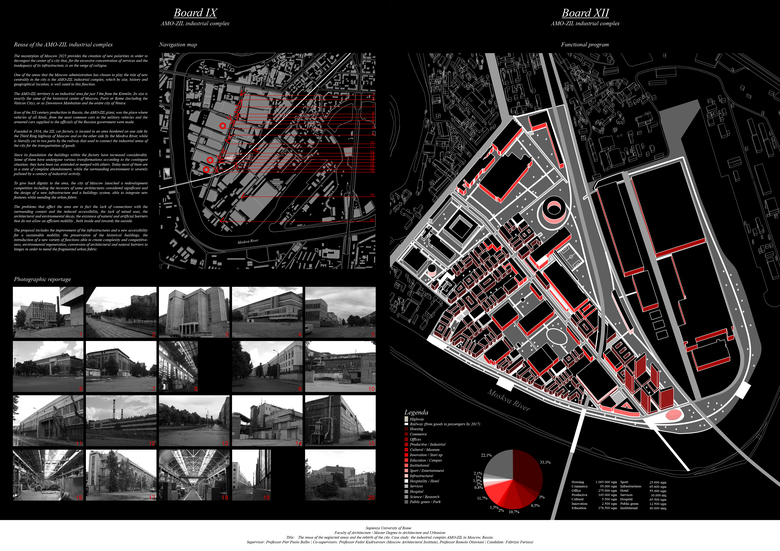 "This thesis is centred on the recognition and reuse of neglected areas that have played, and might continue to play, a significant role in the development of Moscow. Industrial plants, military zones and transportation hubs, for their primary function are strategically positioned in the territory, although they are often left in a state of decline."

There is something paradoxical about the development of Moscow. The construction activity outside the city's borders has long overtaken that within the city itself, while hectares of abandoned areas within the existing urban fabric are left to their own devices.

The recent annexation of territory represents the urgency to change the shape of a city that, due to rising levels of population, traffic and pollution, is close to collapse.  But the simple addition of land is not sufficient to secure a sustainable development for the metropolis, it is necessary to turn away the attention from the city’s borders and to redirect it towards the existing urban fabric.
Moscow expanded several times in history. Annexations of new territories in the past caused the disruption of the green belt, without  benefits for the residents. This story might repeat today with the new extension of the municipality. The main goal of this action is to reduce the population’s density, but despite the good intentions, it is not certain that this kind of urban strategy will reach its aims, while is highly probable that it will cause the damaging of an optimal ecology situation in the south-west of the capital.

The extension of the territory envisages the creation of a new center at 35 km of distance from the Kremlin, and the relocation there of part of the administration. But such a procedure have not proven a universal and effective way of solving issues of a large city, therefore there are no guarantees about the reliability of such a project.

In Rome, for example, the plan to move the state administration to a new center along a linear axis towards east, was an idea developed already in the Sixties. The plan was adopted but never realized.

In Moscow, similarly, to create a new centre at 35 kilometers of distance from the Kremlin will be difficult, expensive, and will include the risk to freeze the state-machine with repercussion on politics and economy.

Decentralization is certainly the right way for the core to lose gravity, but the current measures are likely to cause a repetition of past mistakes and it is necessary to figure out how getting this done.

This thesis articulates the possibility to generate a polycentric city restarting from the existing urban fabric. The new criteria to select new potential centralities should match the following points: preservation of heritage, accessibility and, incredible as it may seen, bad ecology. The AMO-ZIL plant, for its history, dimension and location, was the ideal case study to test this strategy.