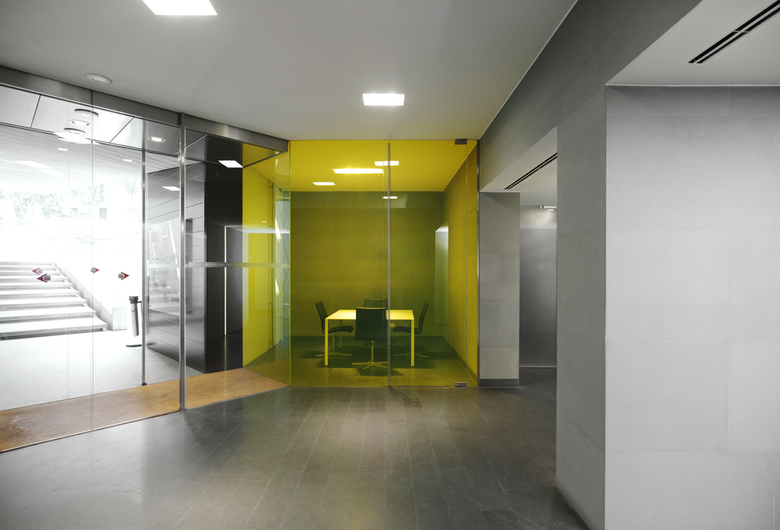 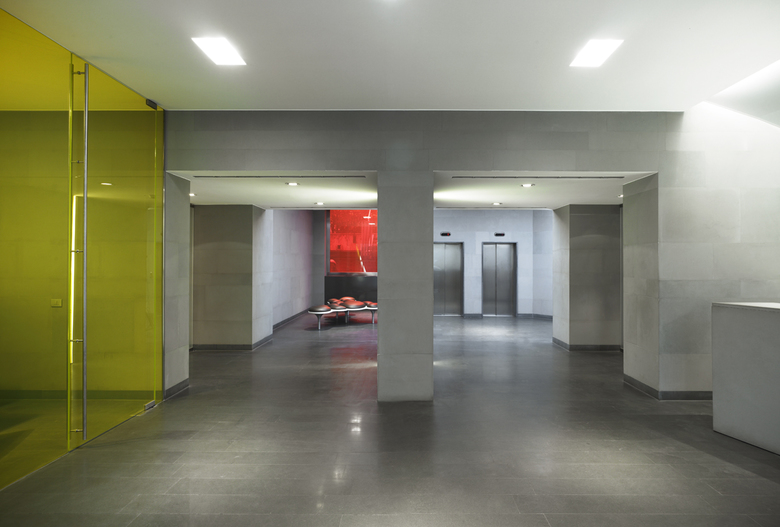 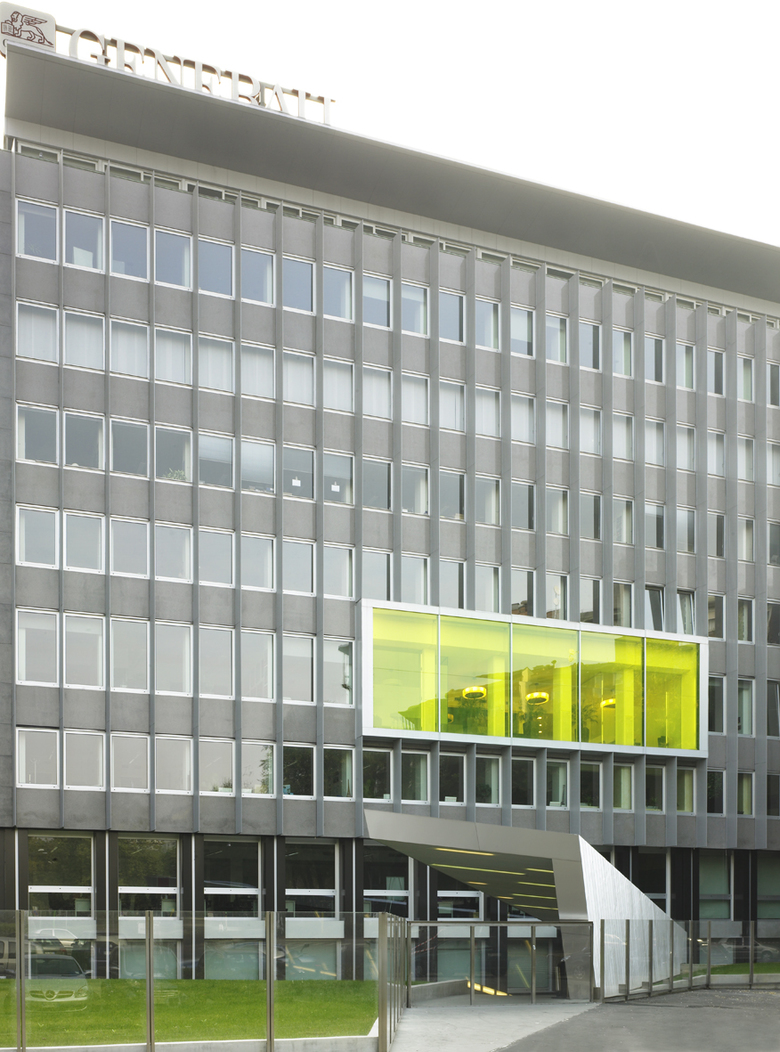 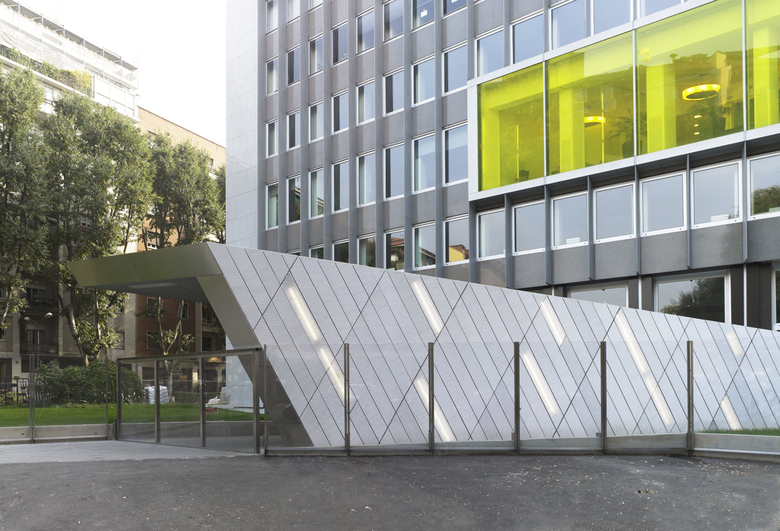 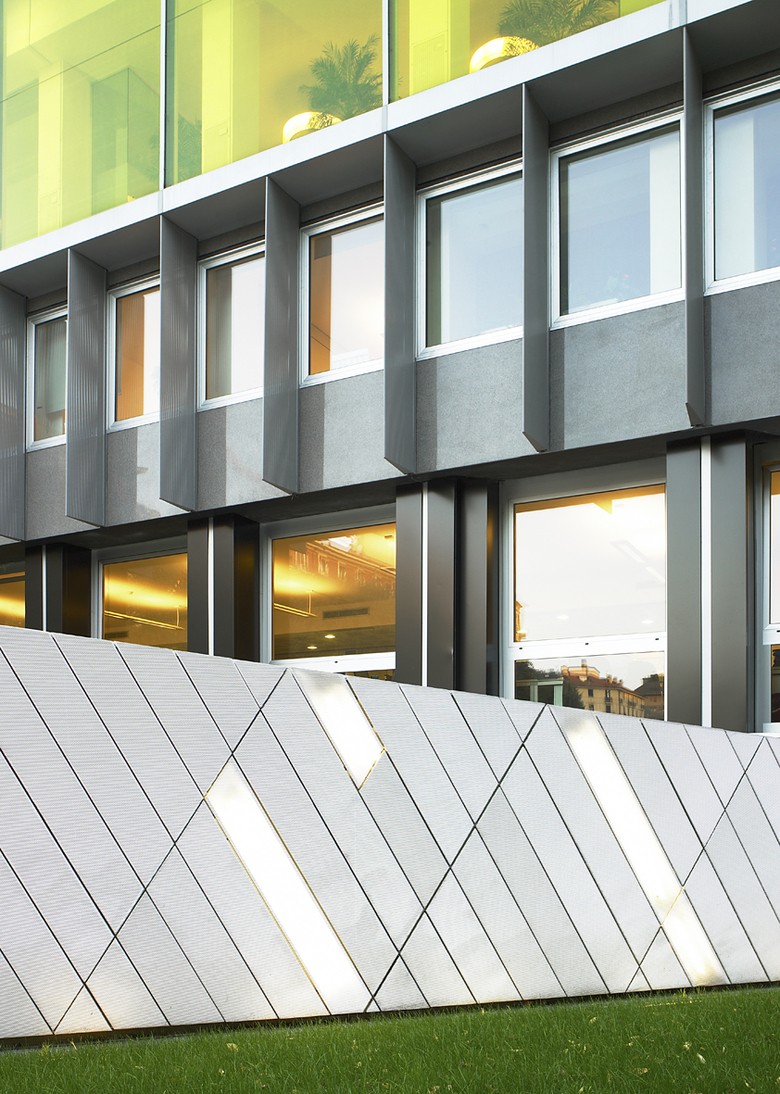 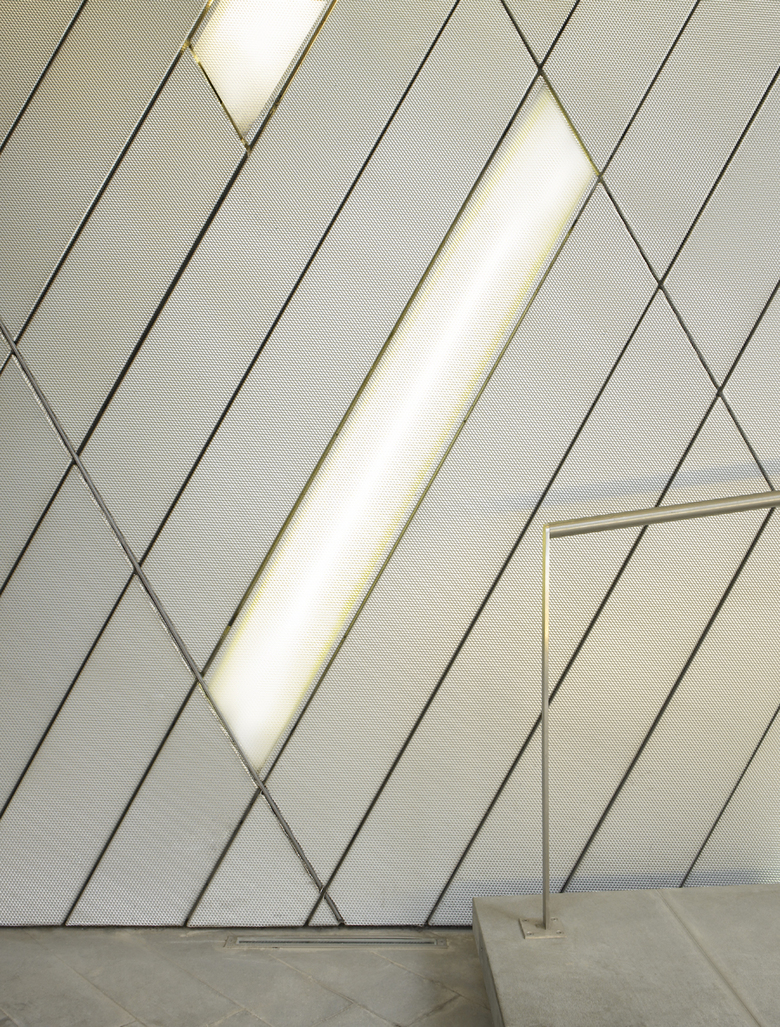 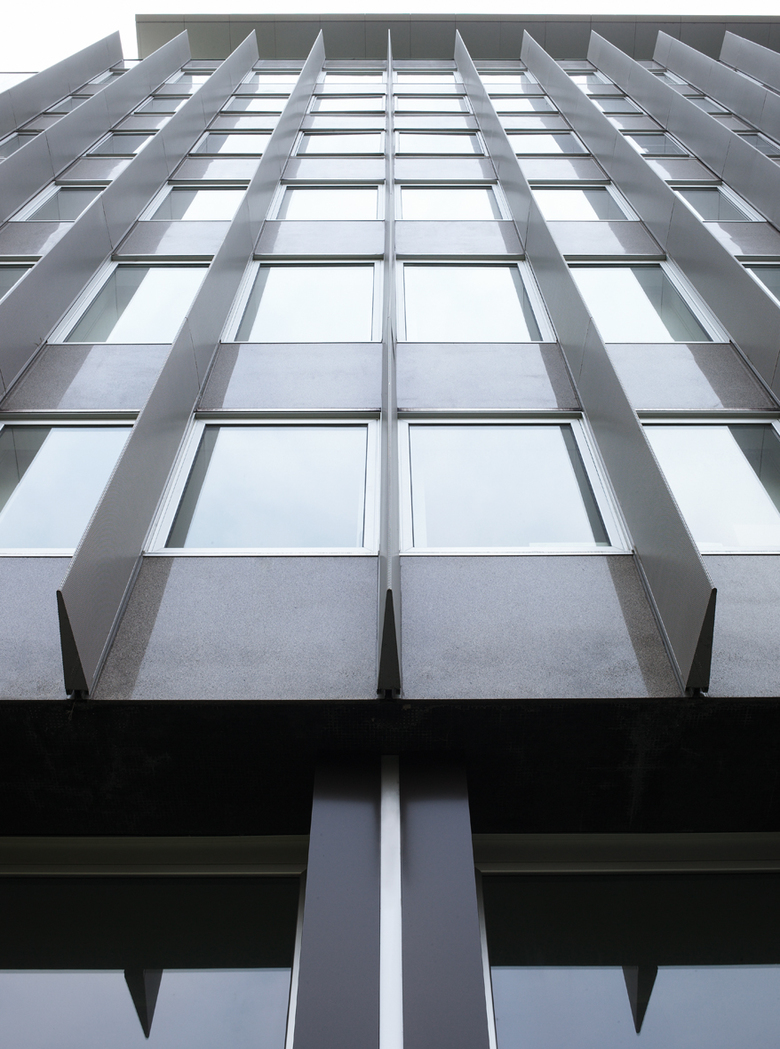 Renovation of the Generali building

The renovation project for the common areas of the 1950s-built Palazzo Generali in via Tiziano in Milan has involved moving the building’s entrance to the basement in order to redistribute previously unused spaces and to give the whole complex a new image. This solution led to the construction of a new entrance canopy in concrete, steel and glass that could upgrade the image of the building and the garden, now surrounded by an almost invisible glass-paned fence. This simple but markedly modern design redefines the structure’s relationship with the city. The new canopy, covered in a skin of alternating aluminium and expanded metal panels, appears to be cut out of the surrounding lawn. It provides access to the new entrance hall in the basement thus allowing for recuperation and reuse of the first floor as office space. The façades have also been redesigned by introducing metal mesh foils running vertically down the building to create a three-dimensional effect and a large yellow window pane in the form of giant screen on the same axis as the new “roof”. The project is completed with the transformation of the attic on the top floor into new work spaces and the creation of a new roof for the whole building.