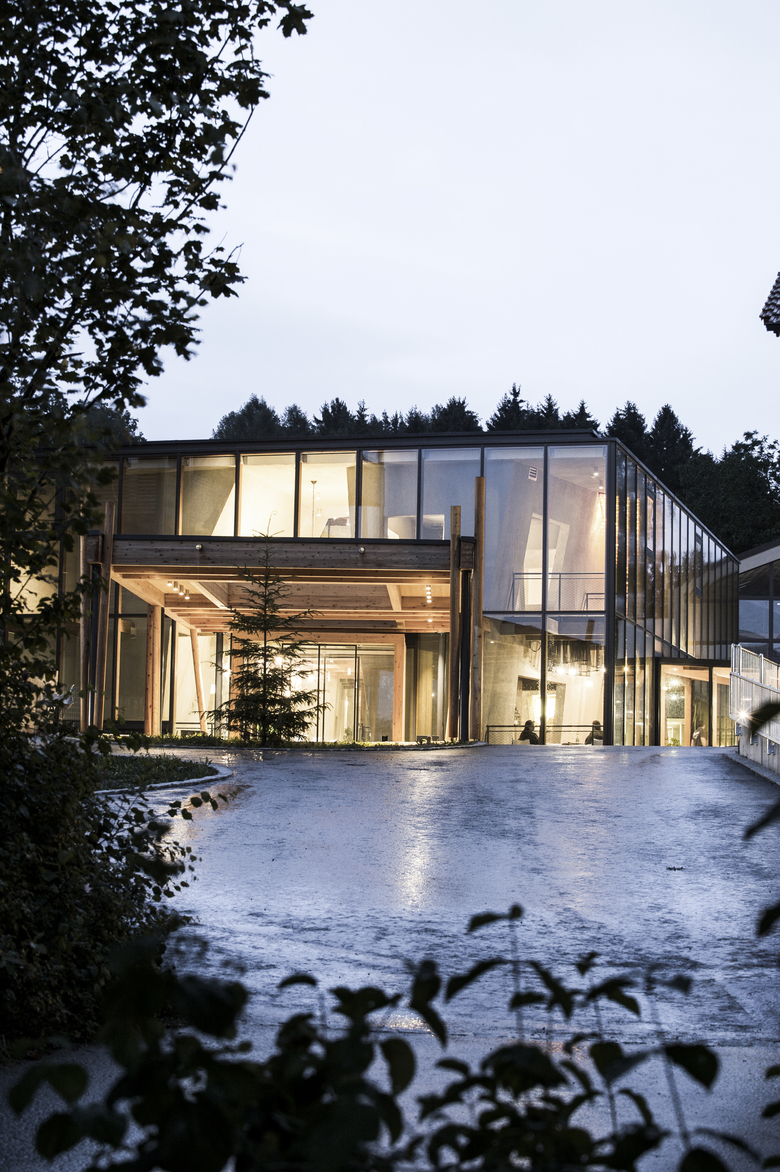 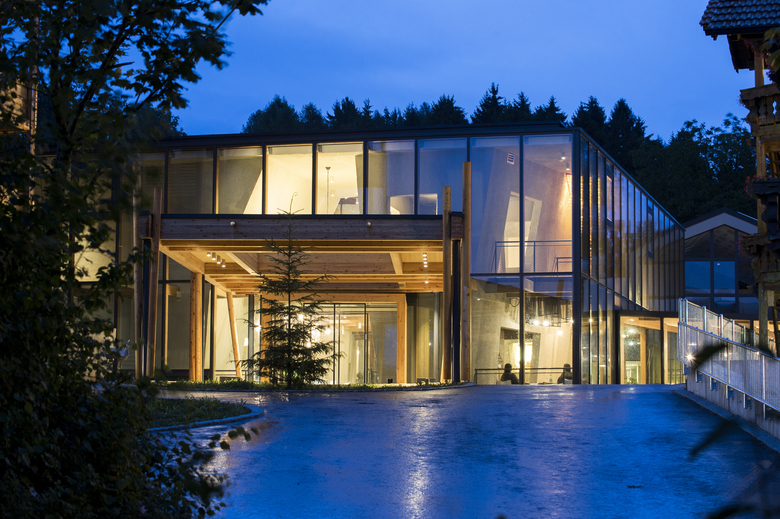 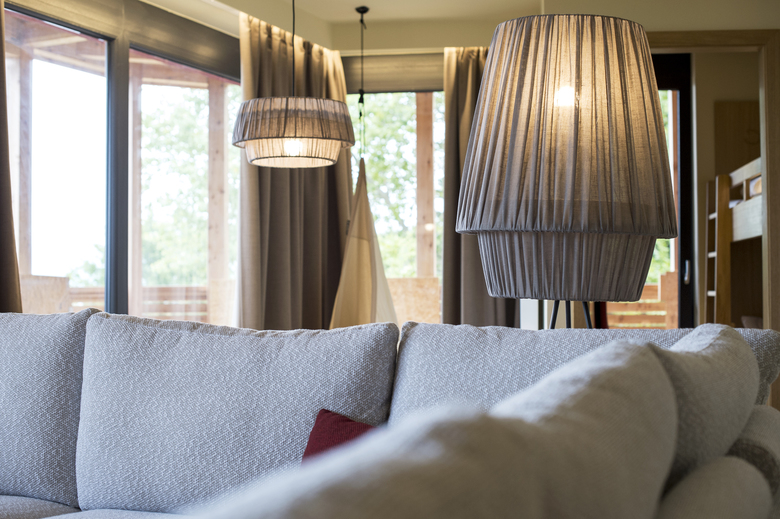 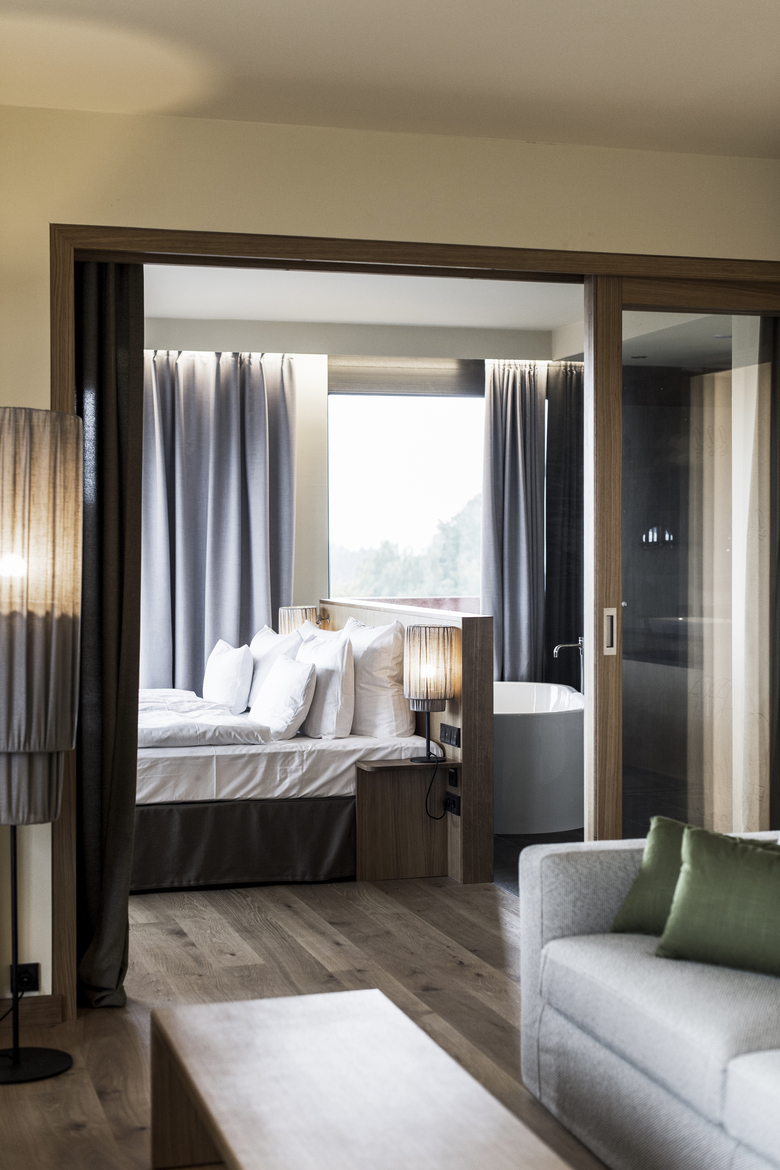 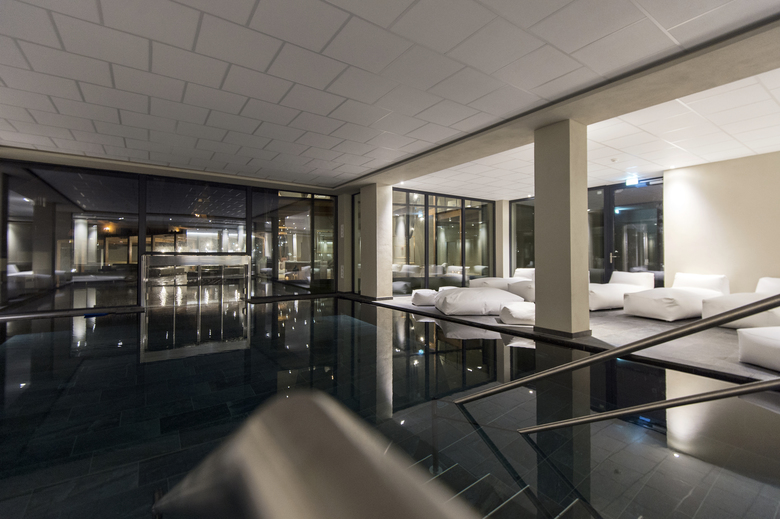 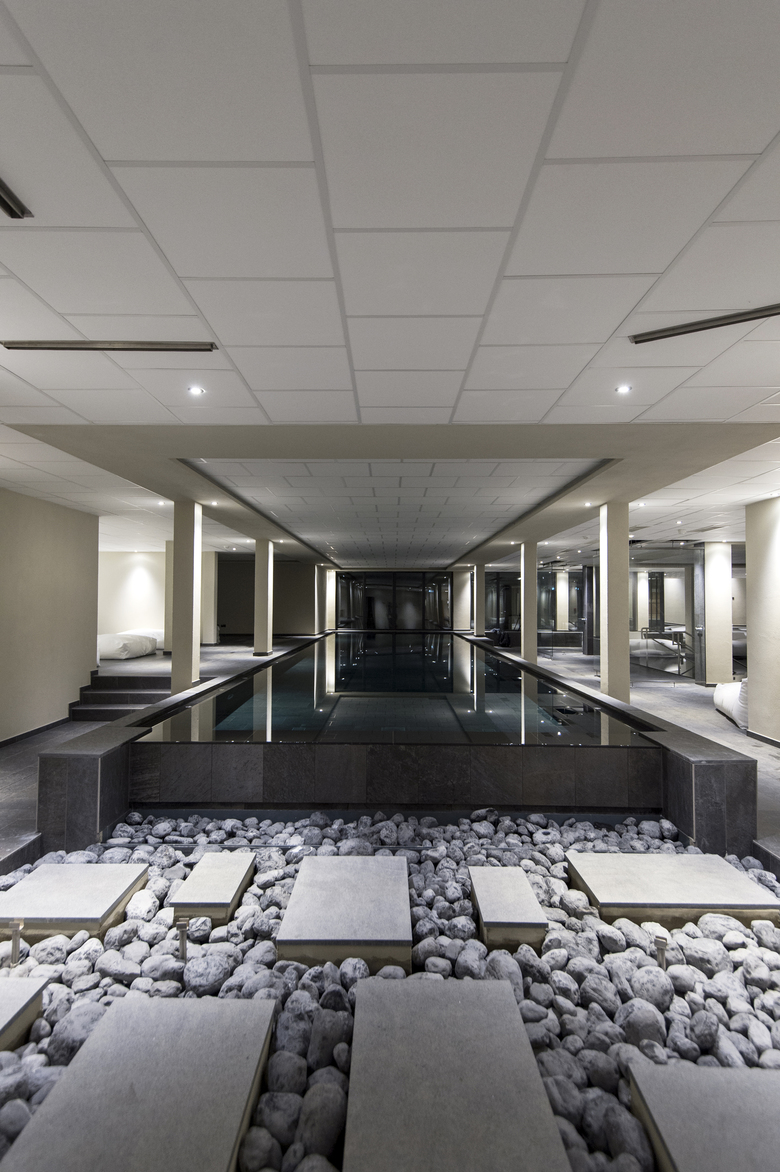 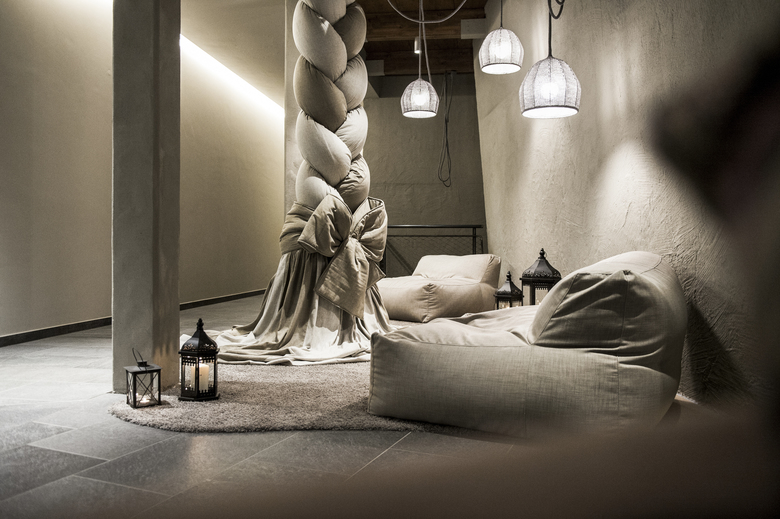 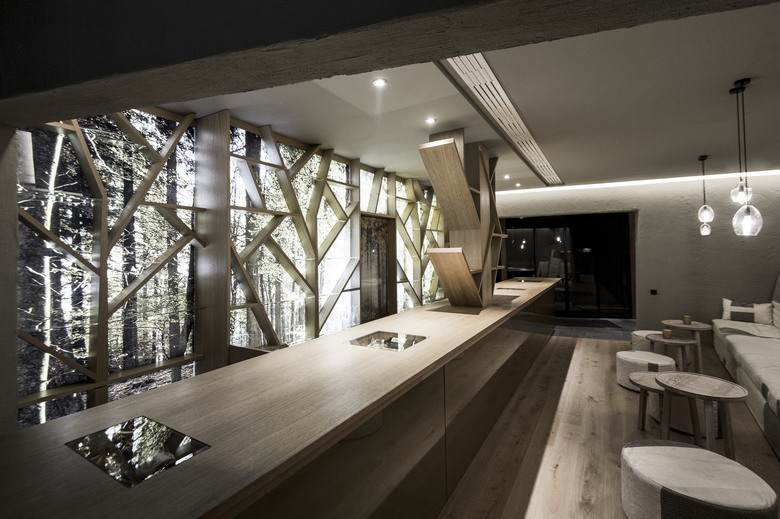 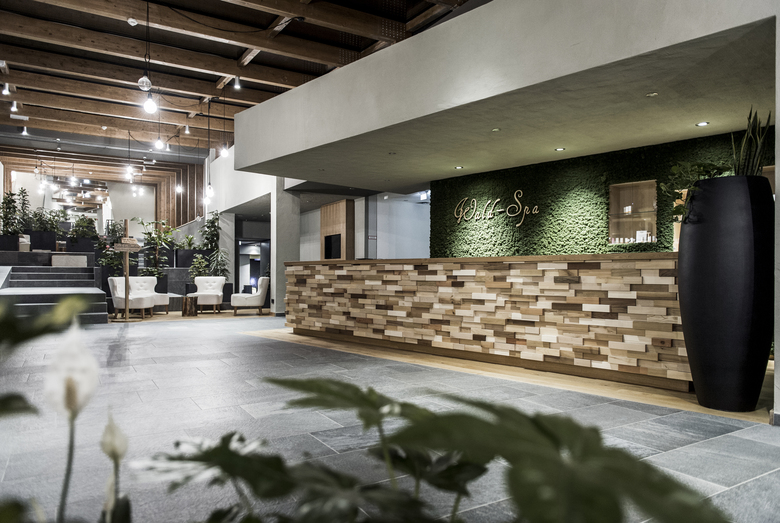 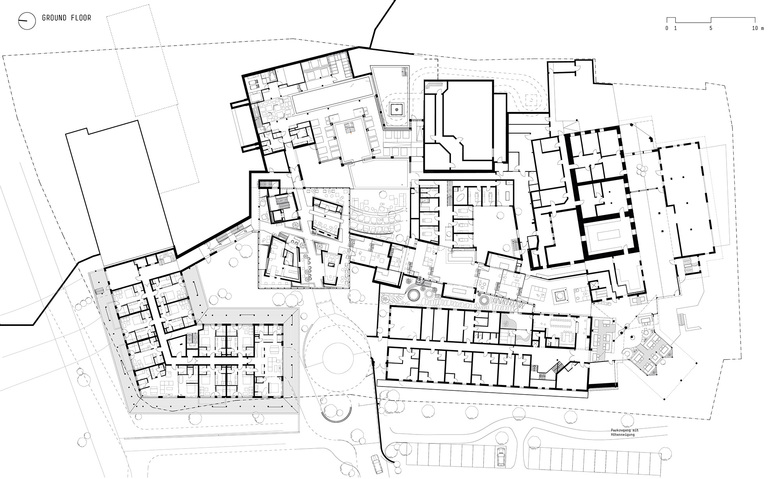 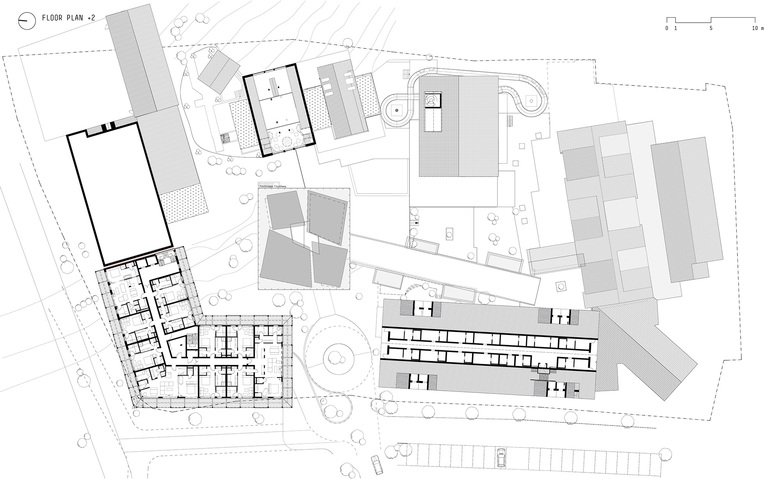 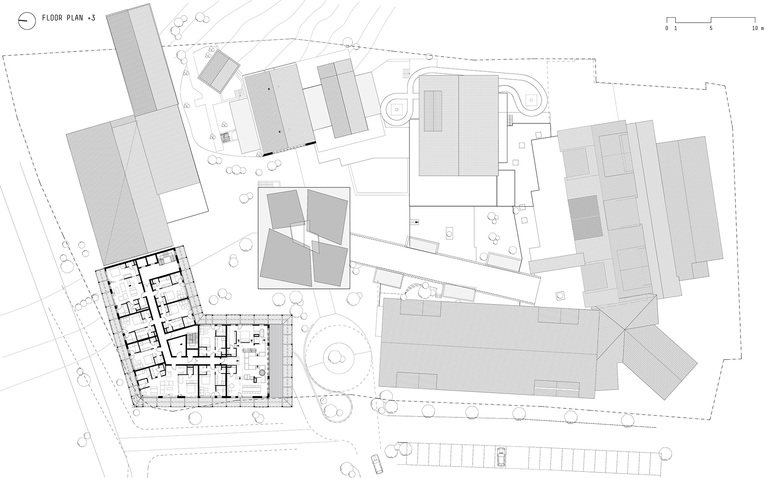 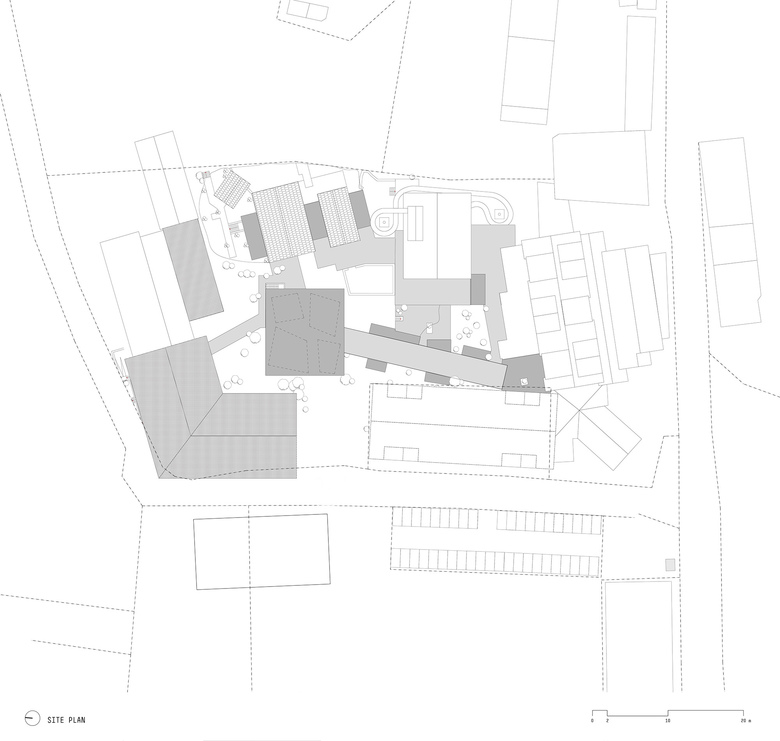 noa* (network of architecture) rethink the family resort Ulrichshof and transform the former farmstead into an exploratory world of senses.
"Things were pretty much all there already, but elements were out of sight, they did not communicate with each other and were hiding beneath the forest, the farm and the existing hotel."
- Stefan Rier

The team of architects, designers, psychologists, hunters, textile designers and lighting artists invented a bottom up-approach for the entire project. “things were pretty much all there already, but elements were out of sight, they did not communicate with each other and were hiding beneath the forest, the farm and the existing hotel”, explains Stefan Rier, co-founder of noa*.
The former farm, the Bavarian forest, the exceptional location, a building with an intense history and the intuition to discover the potentials of the hidden things, were the key elements that inspired both architects Lukas Rungger and Stefan Rier. Together with their network of architecture they conceived and developed a sustainable concept for the future of the hotel.
“During the initial design phase we walked for hours through the nearby forest, we were sitting for hours in the old barns to get inspiration, watching and discovering the beauty of the ensemble”, says Lukas Rungger. Those moments were fundamental, and really inspiring. The darkness of the woods evolved into magical stories of foxes, fairies and ghosts.

ARCHITECTURE AND INTERIOR DESIGN AS AN ENTITY RICH IN CONTRASTS
The Bavarian forest forms the narrative frame for the entire resort, it works as a script. The architectural shapes of the existing farms act like a protective wall around the newly conceived ensemble of the project. noa* managed to add a contemporary momentum, while still being very respectful: not a single volume is higher than the surrounding trees.

THE SPIRIT OF THE PLACE AS A MAIN CHARACTER
noa* reinvents the Ulrichshof: both Lukas Rungger and Stefan Rier form a new stage, a platform for the concealed. The glazed facades of the lobby and the “Waldpassage” dissolve the built volumes and re-enact the Bavarian forest. The character of the surrounding forest becomes a design principle for the internal spaces. At the same time it defines the basis of a magical stage for fables and fairy-tales. Various “touching points” are implemented with maximum care and crafts. Traces of animals carved into wooden panels become physical and visual moments of storytelling. Full height glazing panels open up the main views towards the outside.

FAIRYTALES WITHOUT KITSCH AND POMP
"To express the deep world of fairy tales there's no need of unnecessary elements."
- Diana Gallmeier, Psychologist
“Children need fairy-tales” is the title of Bruno Bettelheim’s, which inspired the composition of the interiors.
“There is no need for spare elements to tell the deep worlds of the myths and legends”, says Diana Gallmeier, Munich based psychologist; she has been working within the collective of noa* especially for this project.
Bridges, paths and alleys border the central lobby. They are in contrast towards the organic shapes of architecture and design elements. The reference to the outside is communicated amongst typical trees of the Bavarian Forest within the interior itself.
The furniture is a design consequence of noa*s collective work ethos: curtains, lamps and sofas are all inspired by the magic of the place. These are key points of contact, they invite to make every single moment a moment of desire.