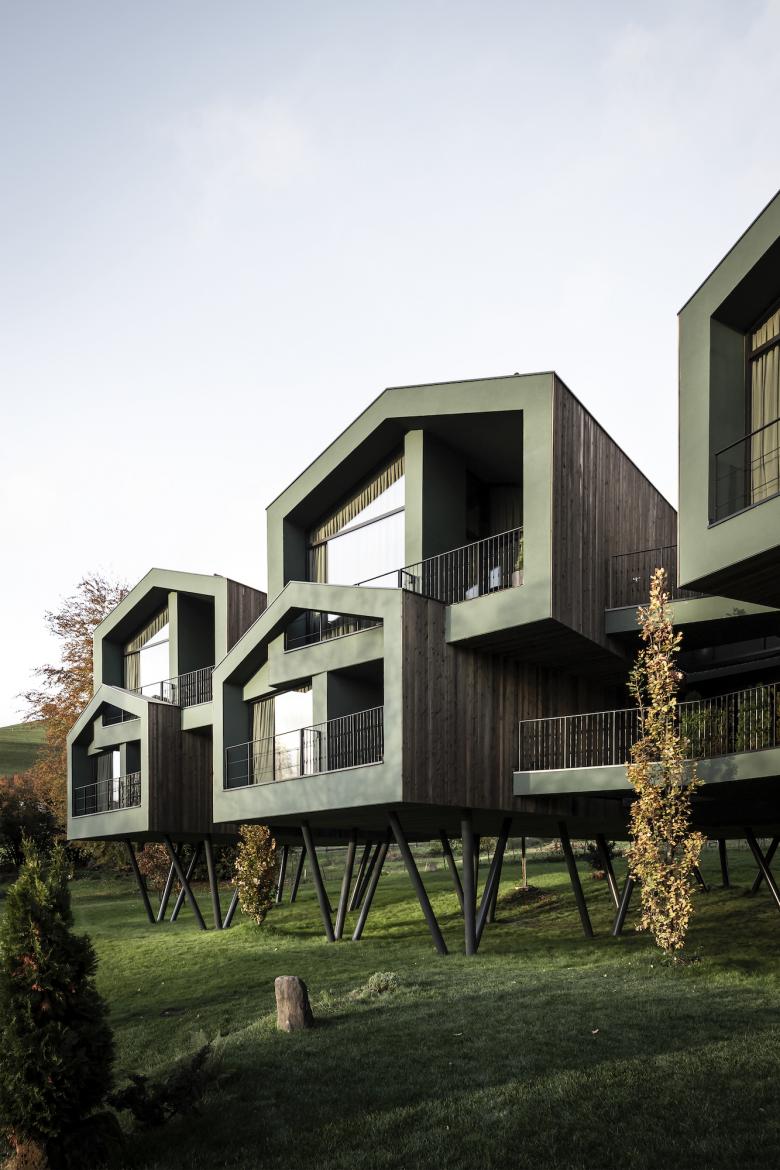 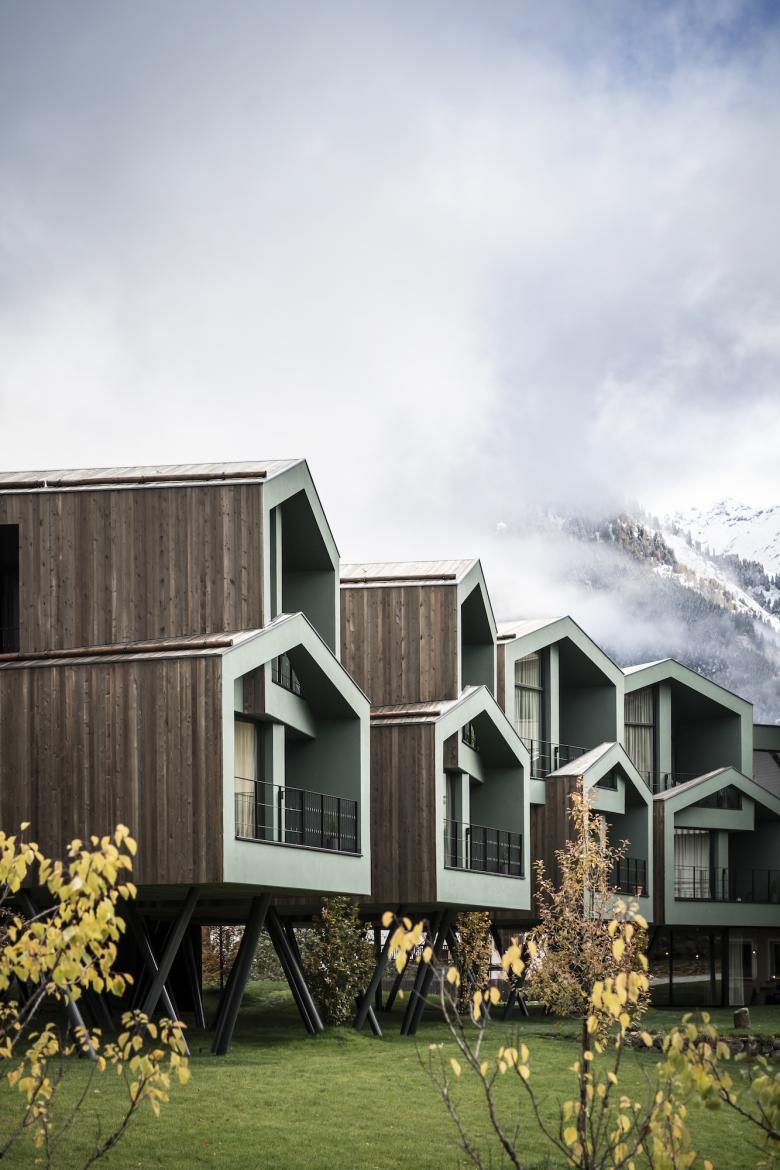 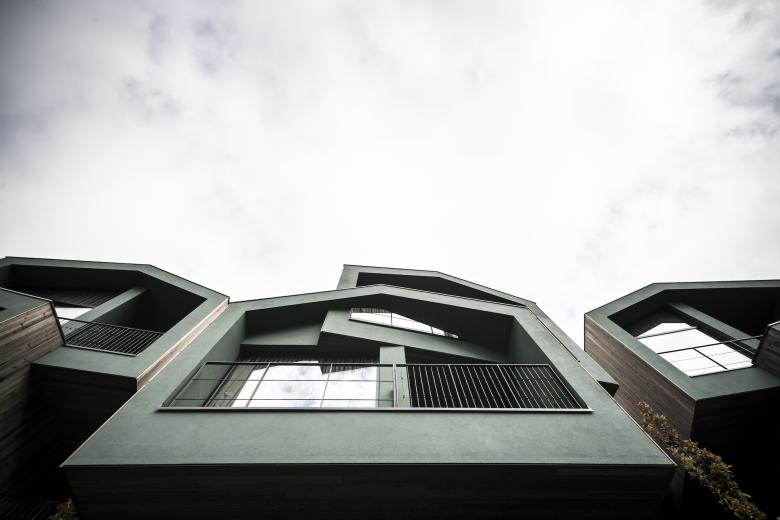 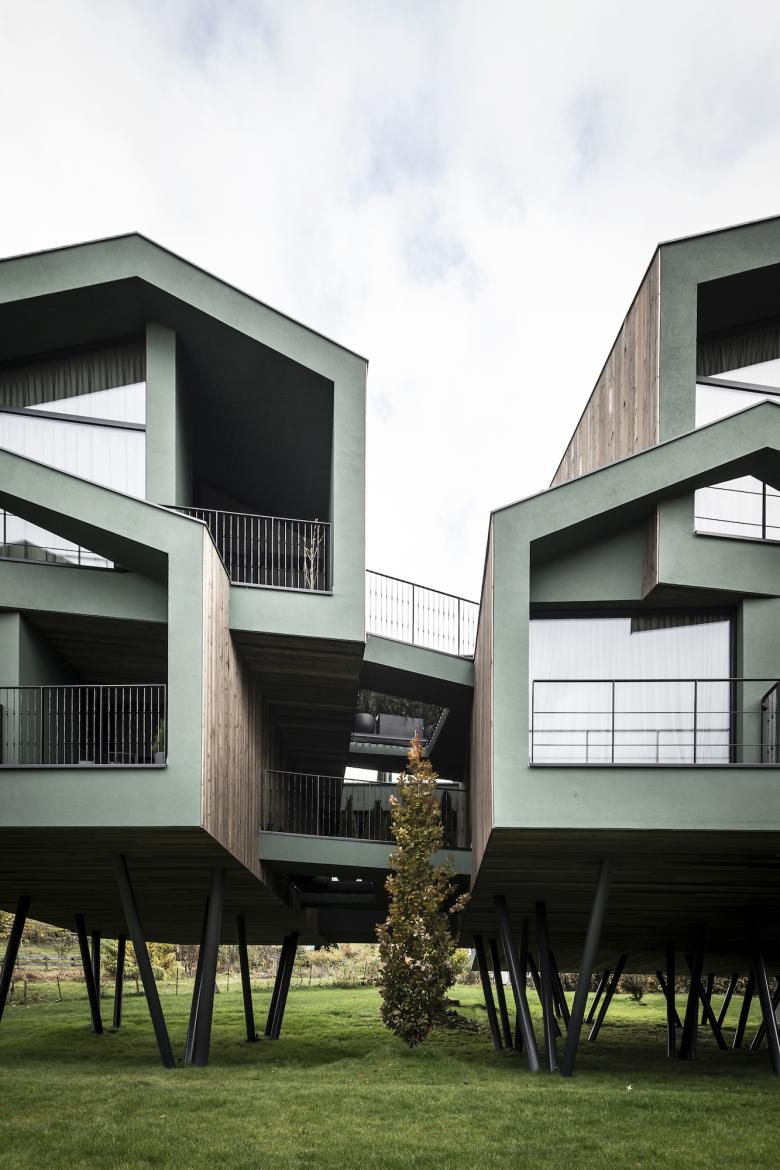 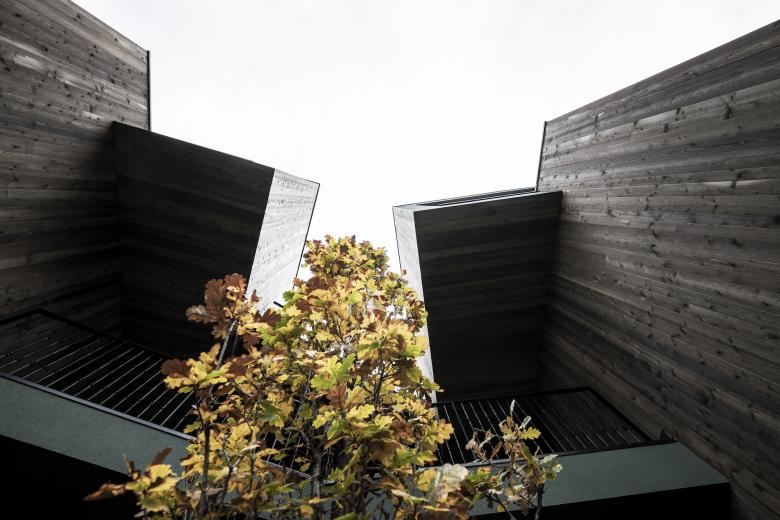 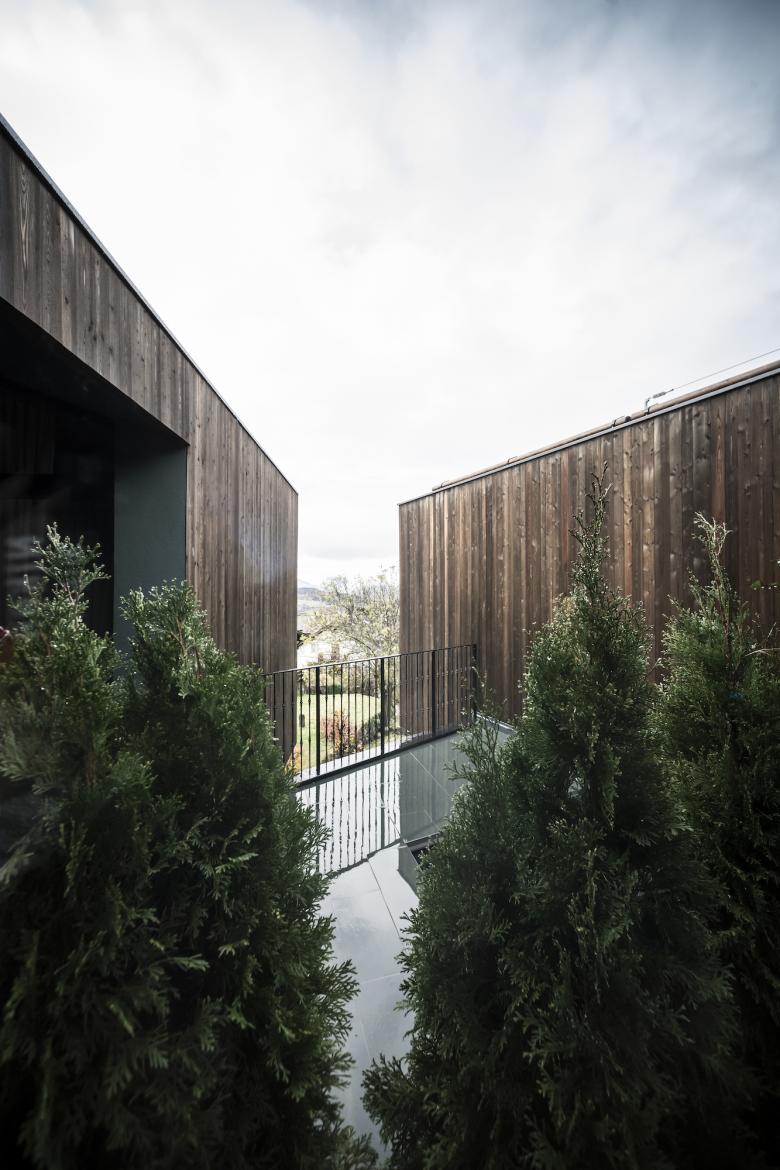 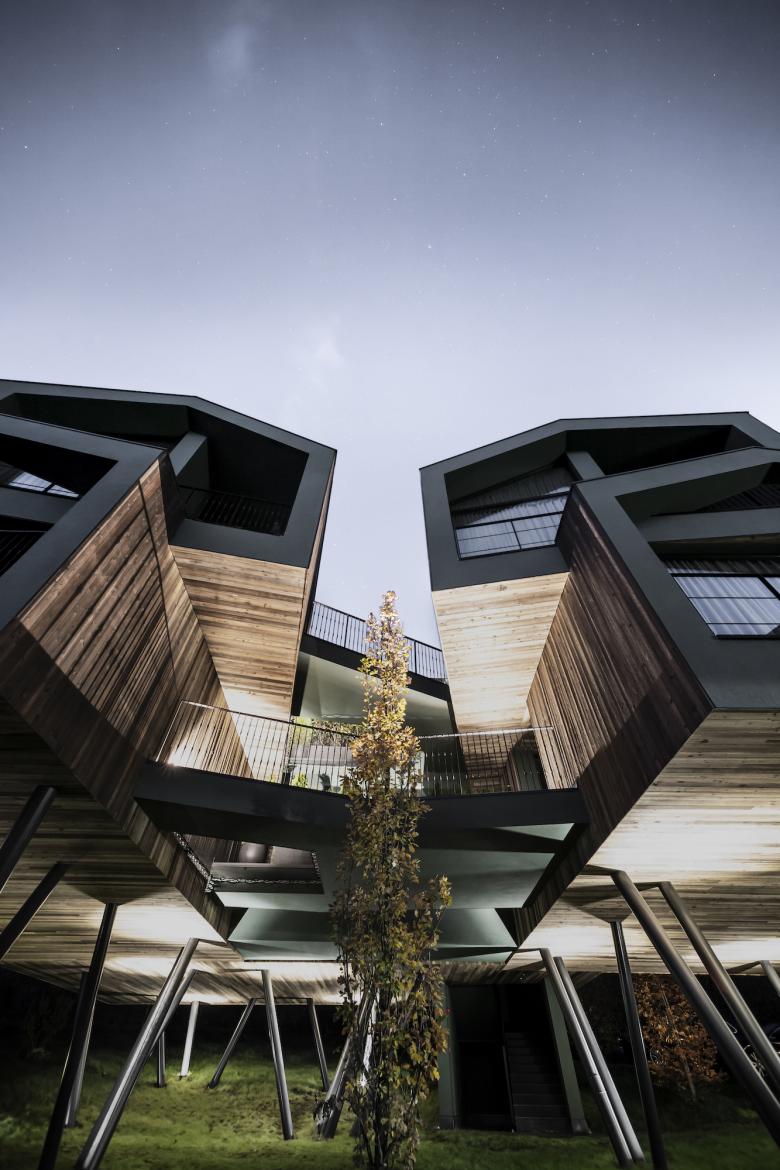 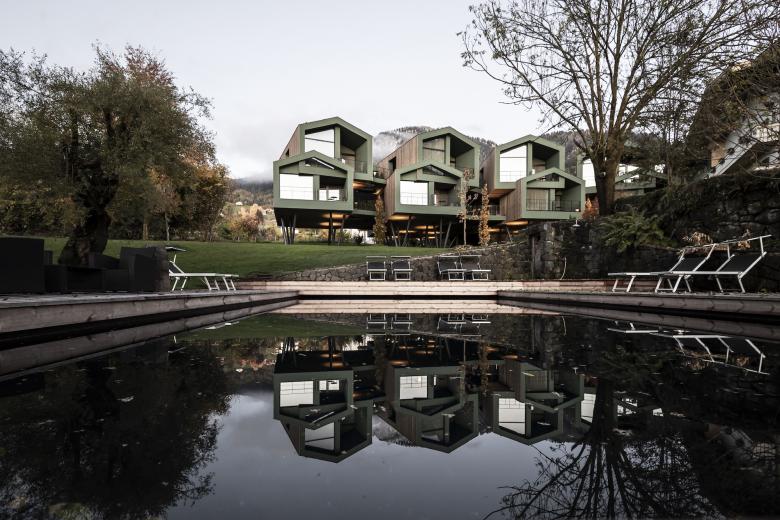 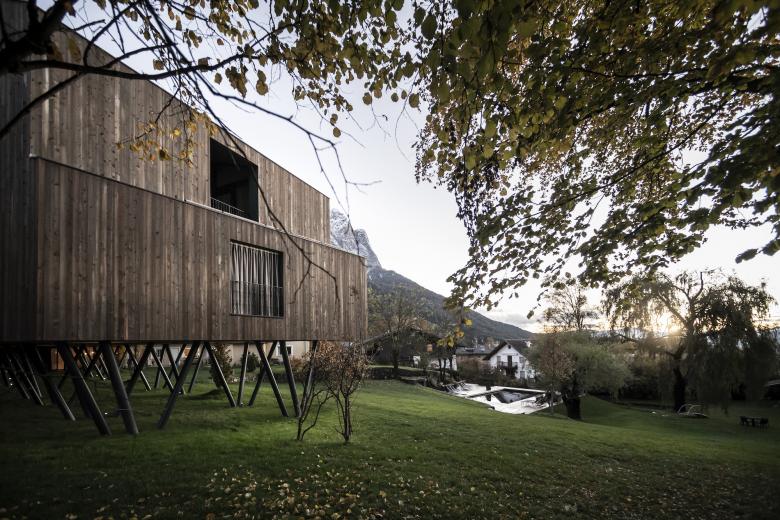 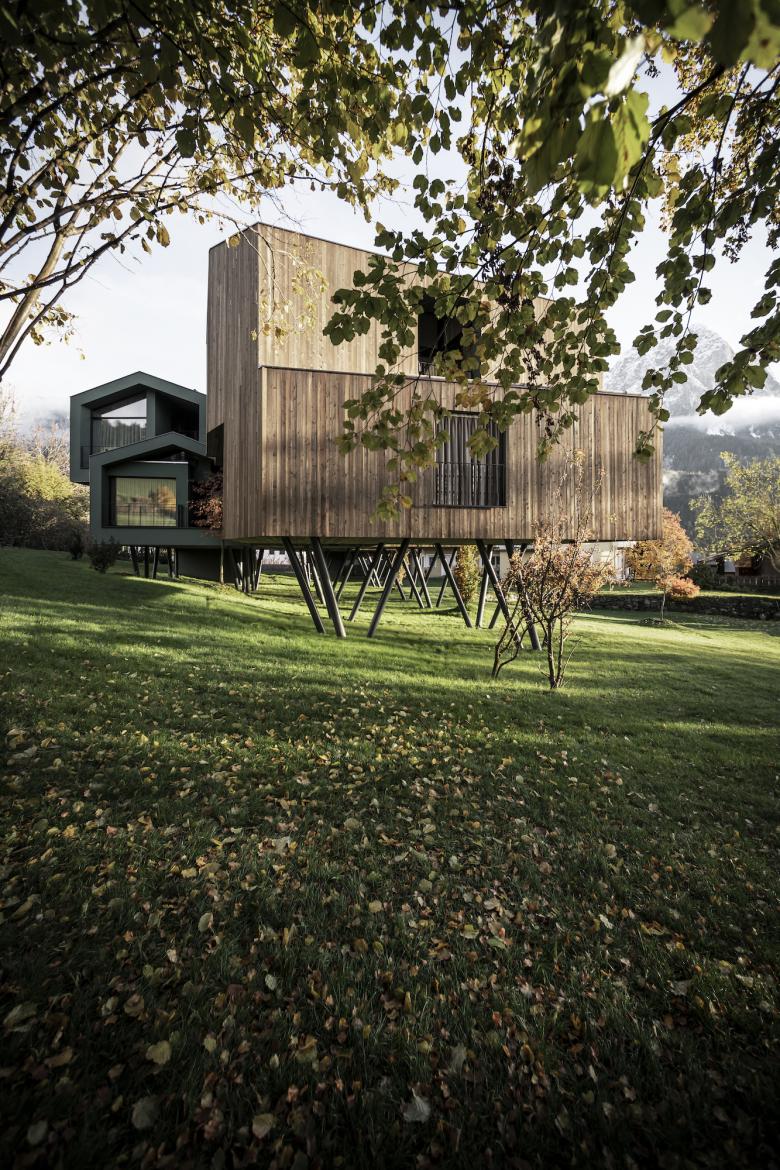 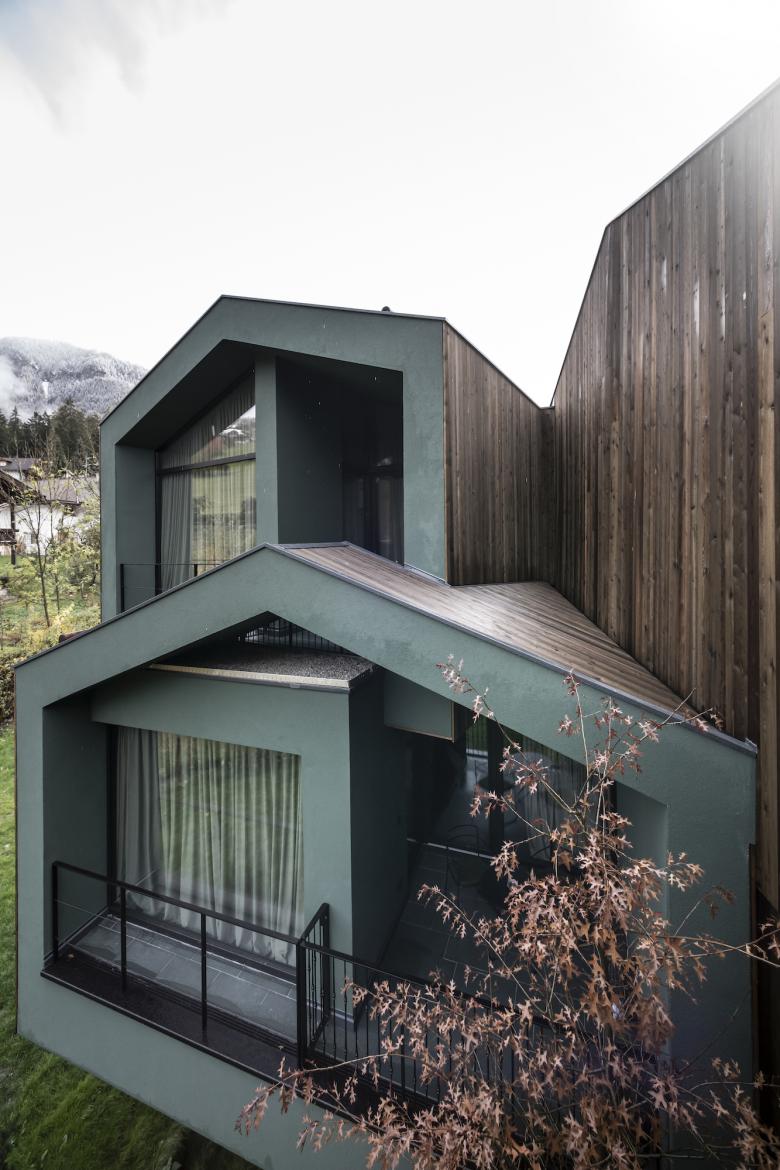 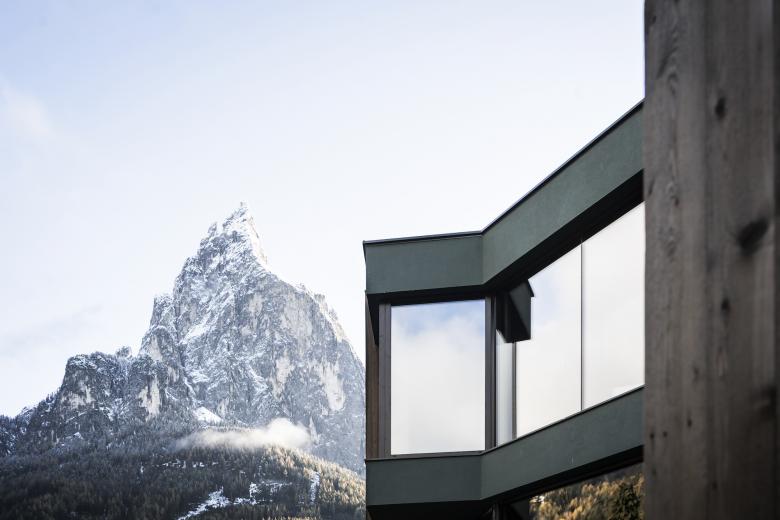 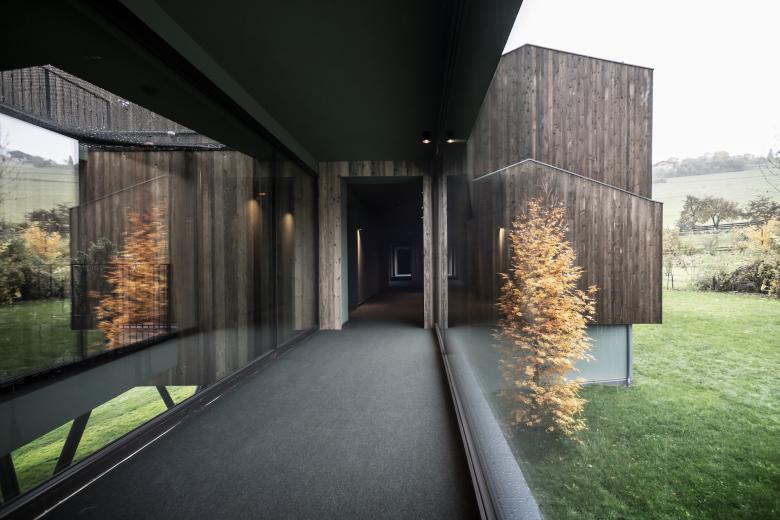 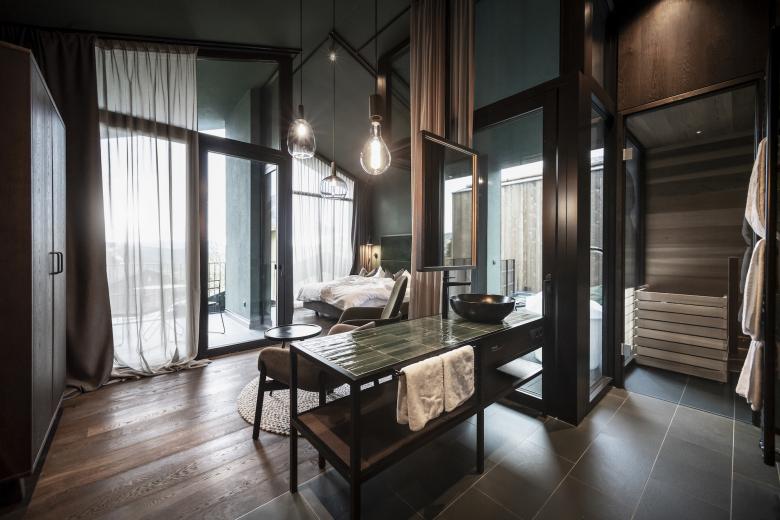 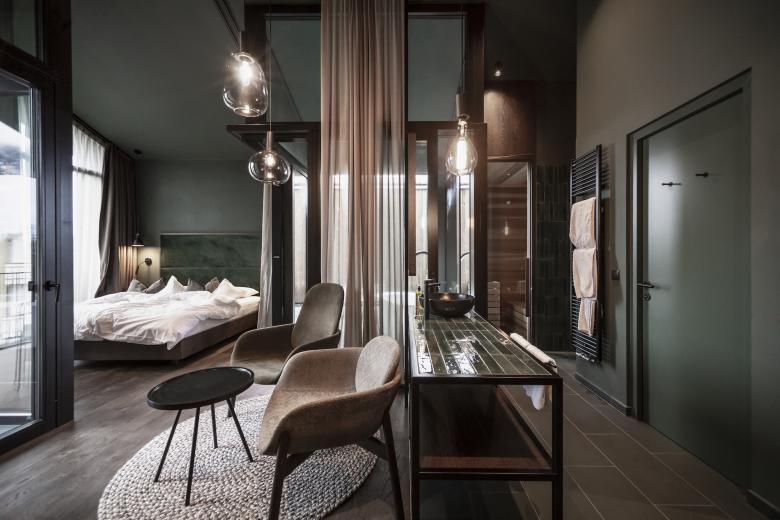 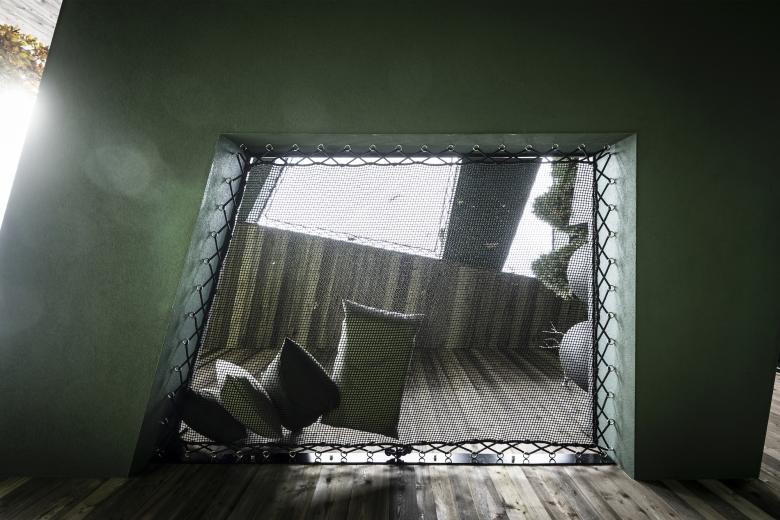 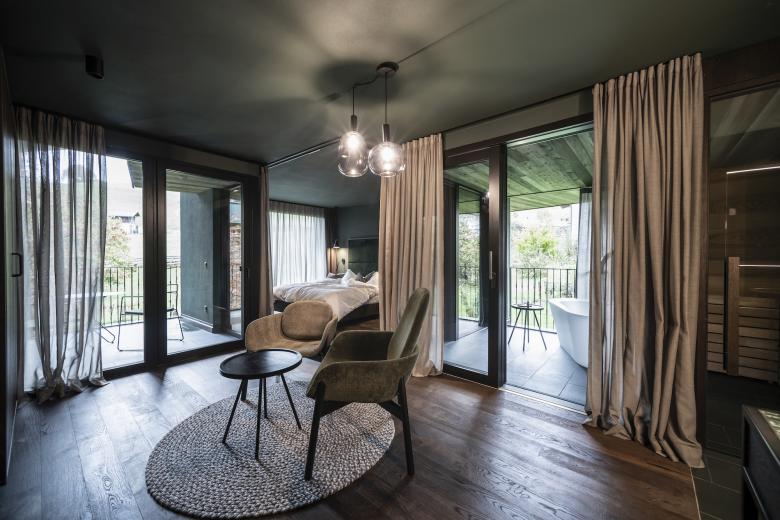 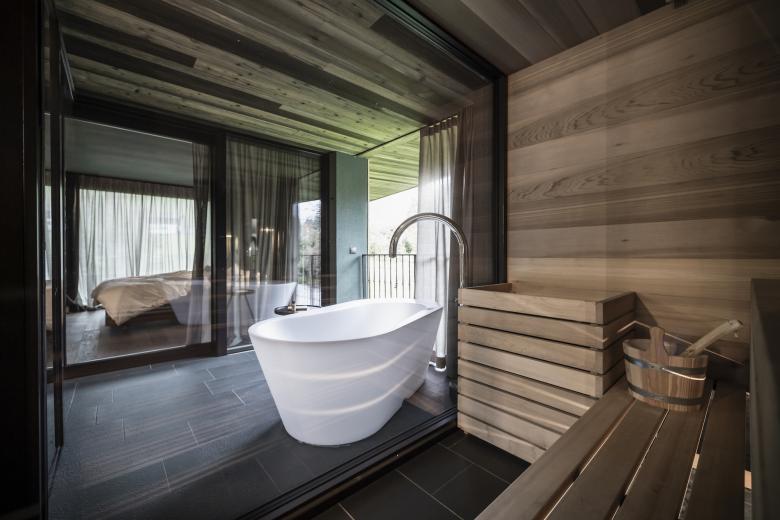 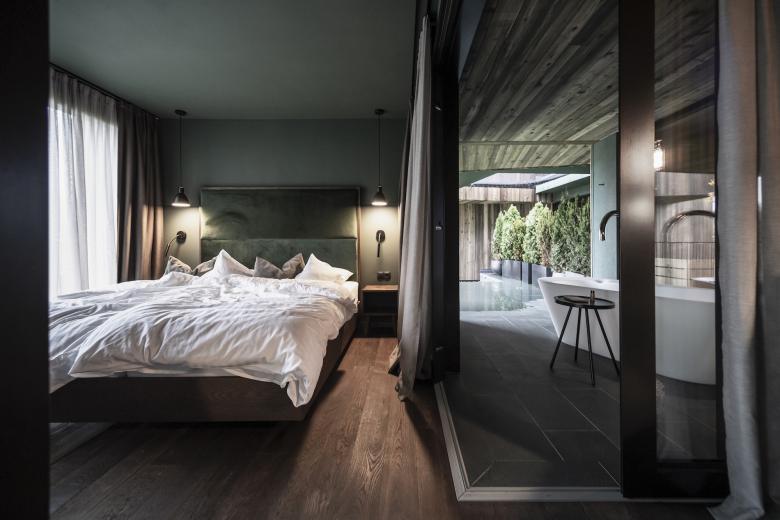 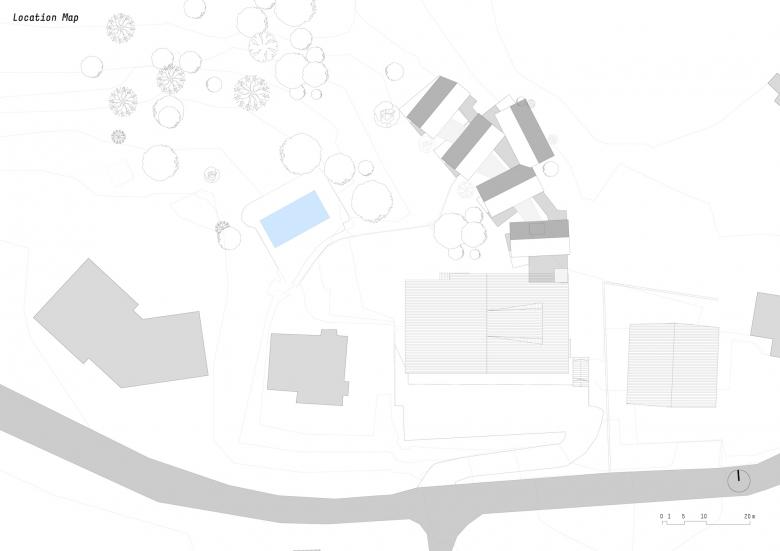 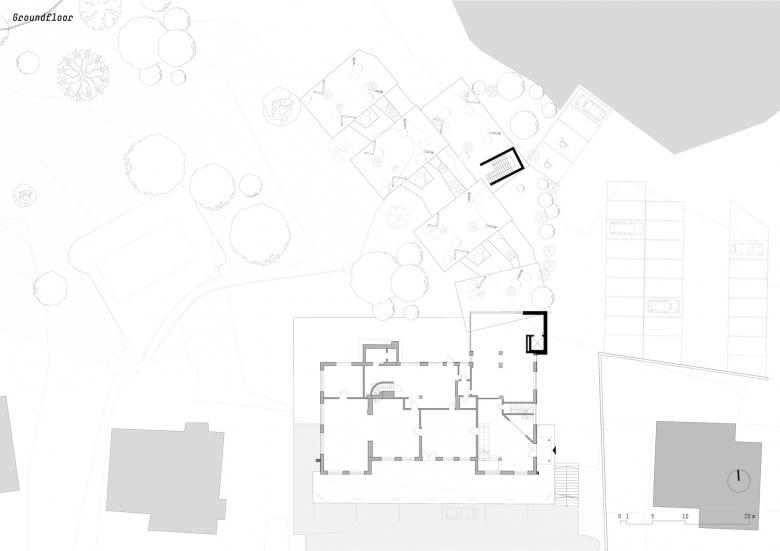 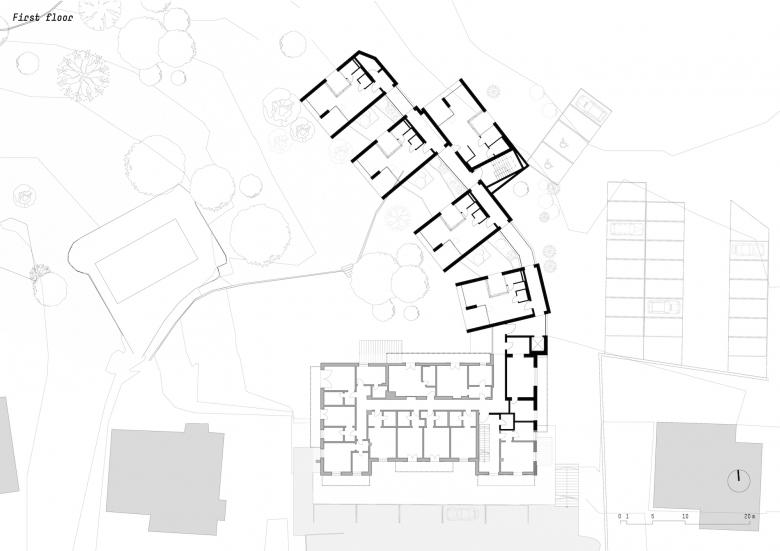 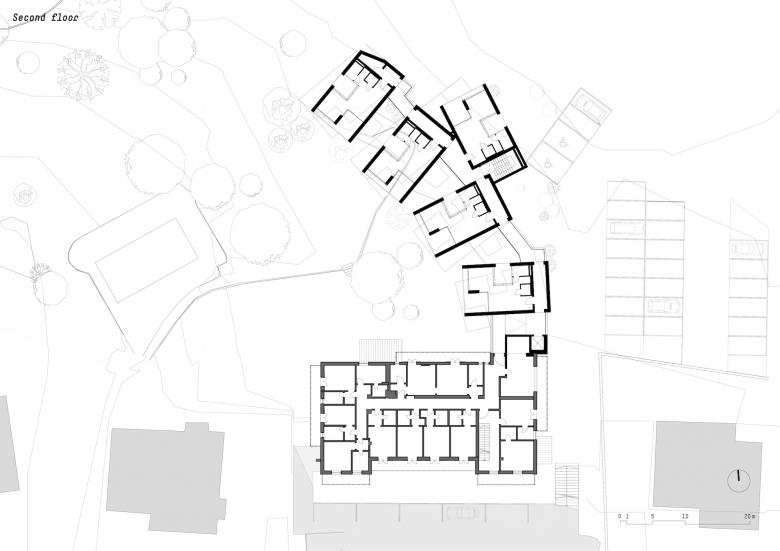 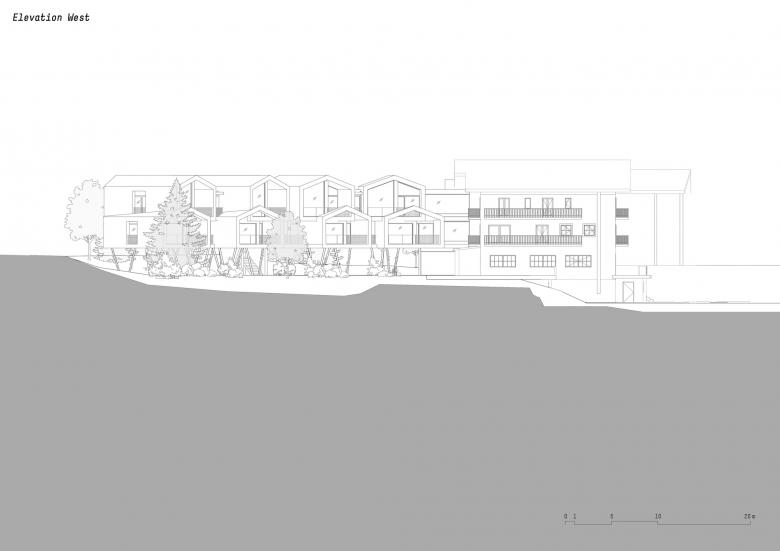 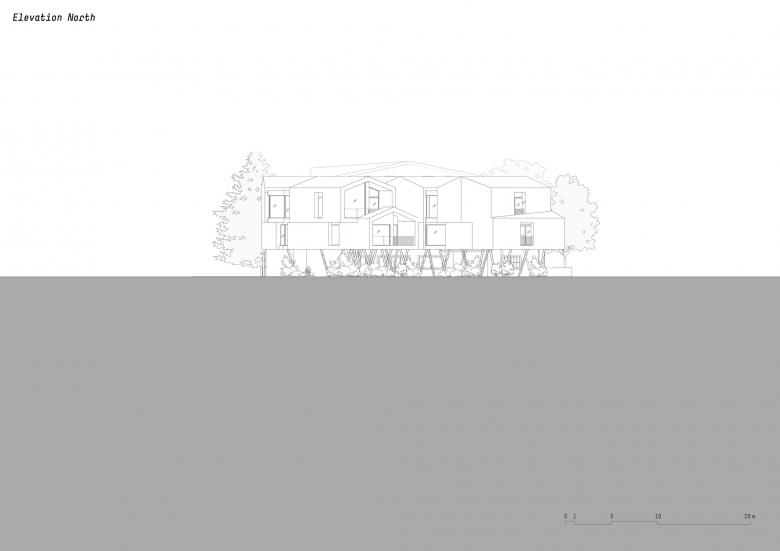 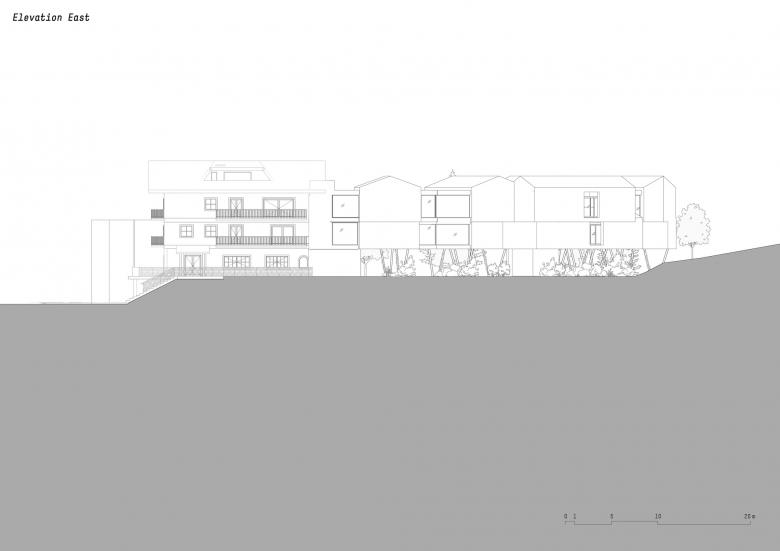 For many years the cosy guest rooms of Parc Hotel Florian, situated at the foothills of the village of Siusi allo Sciliar, has been providing the perfect year-round holiday experience. A unique feature of this property is the magnificent park, where you are encouraged to linger among ancient trees, an idyllic pond and an outdoor pool. The complex has recently been expanded with ten brand new suites in a stand-alone building, which connects to the existing structure, providing both a sense of continuity and a fresh perspective with a distinctive architectural language.

Noa* architects were commissioned to enhance the design of the hotel, which meant confronting a complex building situation. On the one hand, the pride of the hotel - its unique grounds - had to be preserved in an optimal way. On the other hand, the immediate surroundings, with adjacent single-family residence, car park and the hotel itself, produced a building site that required a lot of tact and sensitivity: the perfect challenge for noa*.

BECOMING PART OF IT
At the outset, the idea was to separate the building with the new suites from the original site in order to leave the grounds untouched and occupy as little space as possible. A building at ground level would have resulted in the loss of sizeable portion of the grounds. But the idea was not just a row of rooms door to door, but an orderly grouping of intimate, self-contained tree houses elevated on three-metre high supports, leaving the grounds fully accessible underneath. At the same time, there was a growing desire not only to accommodate guests in the new suites in the park, but to allow them to be a part of it. During the design process the park became the central theme of the architecture, thoroughly embedding the building within the nature, as if it had always been there.

The intellectual concept of tree houses began to take shape: at the end of the connecting walkway that forms the backbone of the new development is the two-storey structure containing the suites, with five rooms on each floor, all of which have views over the park. In order to make the architectural complex even more dynamic, the rooms are located above each other at a slight angle, creating the impression of a natural, grown structure while preserving the views. Guests have the sensation of being ensconced in their own little house. Despite this architectural openness, the appearance of the whole building is preserved, as it nestles into the park landscape. This is anchored by a pre-grey wooden façade, which confers a degree of uniform tranquillity to the unique cluster of tree houses.

GENTLE FUSION
The new "Floris Green Suites" are no less spectacular inside than they are outside. The conventional living, bedroom and bathroom areas have been reimagined in an unusual way. The central living area opens out onto a sheltered balcony overlooking the magnificent mountain scenery, a benefit also afforded by the glass bedroom. Everything is confluent: Rooms, functionality, exterior and interior. Only the toilet and bidet has been designed as a self-contained unit. A free-standing vanity unit with mirror, which can also be used as a console desk, provides a pivotal point. This is where the bathroom area merges into the living area, which has been wonderfully designed with hybrid furniture. The most intimate area is located at the far end of the suite, where the entrance is: an open shower is elegantly flanked on one side by the self-contained toilet and bidet unit, and on the other by a small, private Finnish sauna, which guests can use whenever they wish. In addition to the many views and vistas, there is another highlight that makes a stay in the Green Suite irresistible: an open patio with an outdoor hot tub, which complements the sauna offer in an exceptionally appealing way.

The interior decor is designed around a subdued green interspersed with shades of grey, adding to the tree-house ambience. Underpinning the overall concept are the fabric covers, tiles and painted surfaces, which help to merge inside and outside. The smoked oak flooring, fittings and bathroom units in a restrained shade of black blend harmoniously together.

BECOMING ONE
Expansive horizons, casual openness and personal freedom are the defining undertones in this project - in every sense. The unhemmed patio provides a private, garment-free retreat, as does the external terrace area, which is bordered by apertures through which the newly planted tall trees grow and where you can sink back and relax in a hammock-like mesh. Planters on the balconies and terraces enhance the natural ambience. Various architectural openings create unique lighting moods.

The coherent interior colour concept, the consistency of architectural touches such as the soffits of the suites clad in larch wood, and the discreet but deliberate irregularities of the tree houses enhance the quality of stay for guests at the Florian Hotel. The enthusiasm of the architects is palpable in every detail and will find its resonance in visitors, who despite of the new structure will be able to take full advantage of the park, which has been the guiding principle for this project from the very beginning.