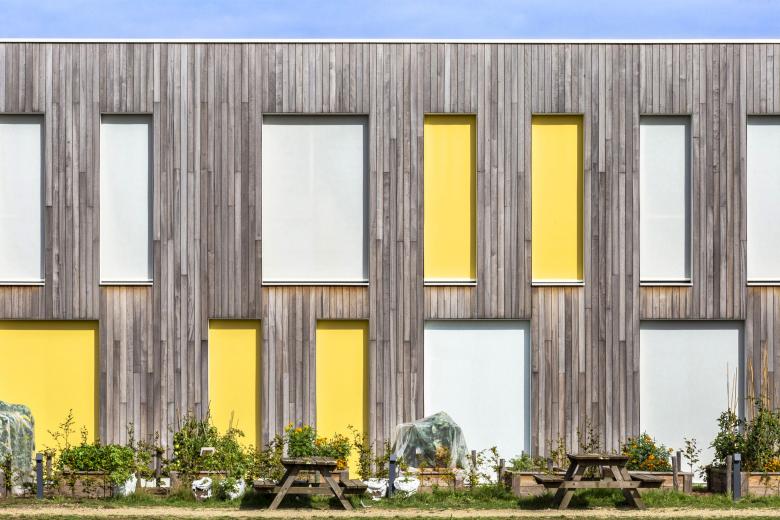 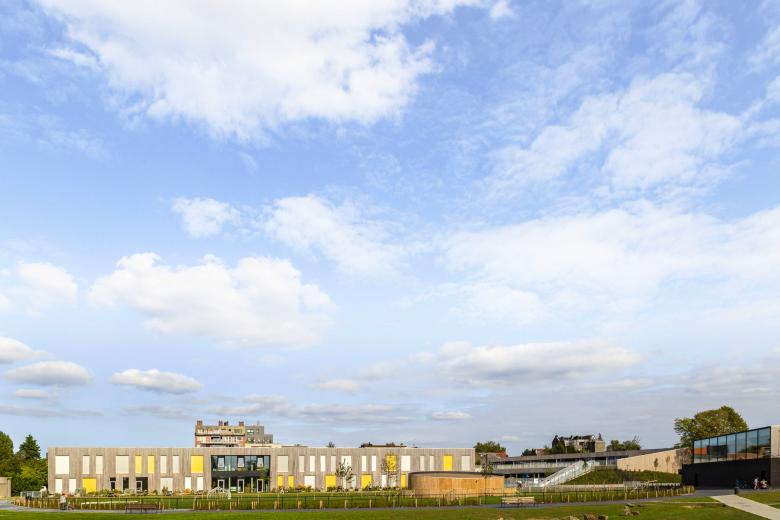 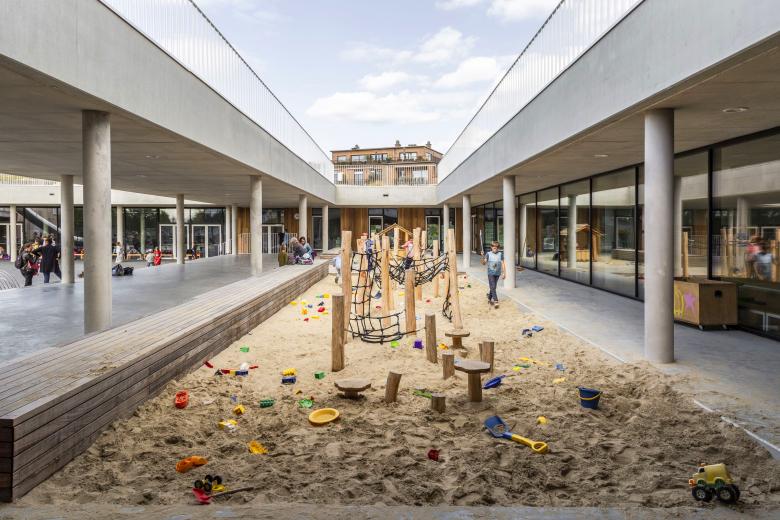 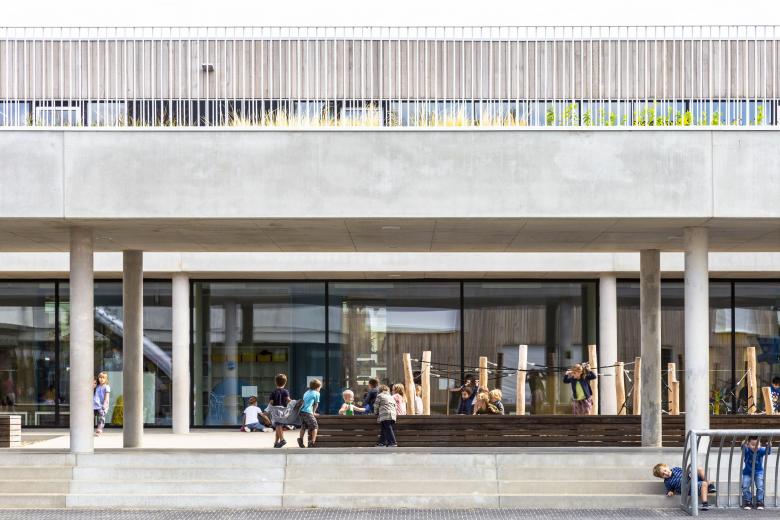 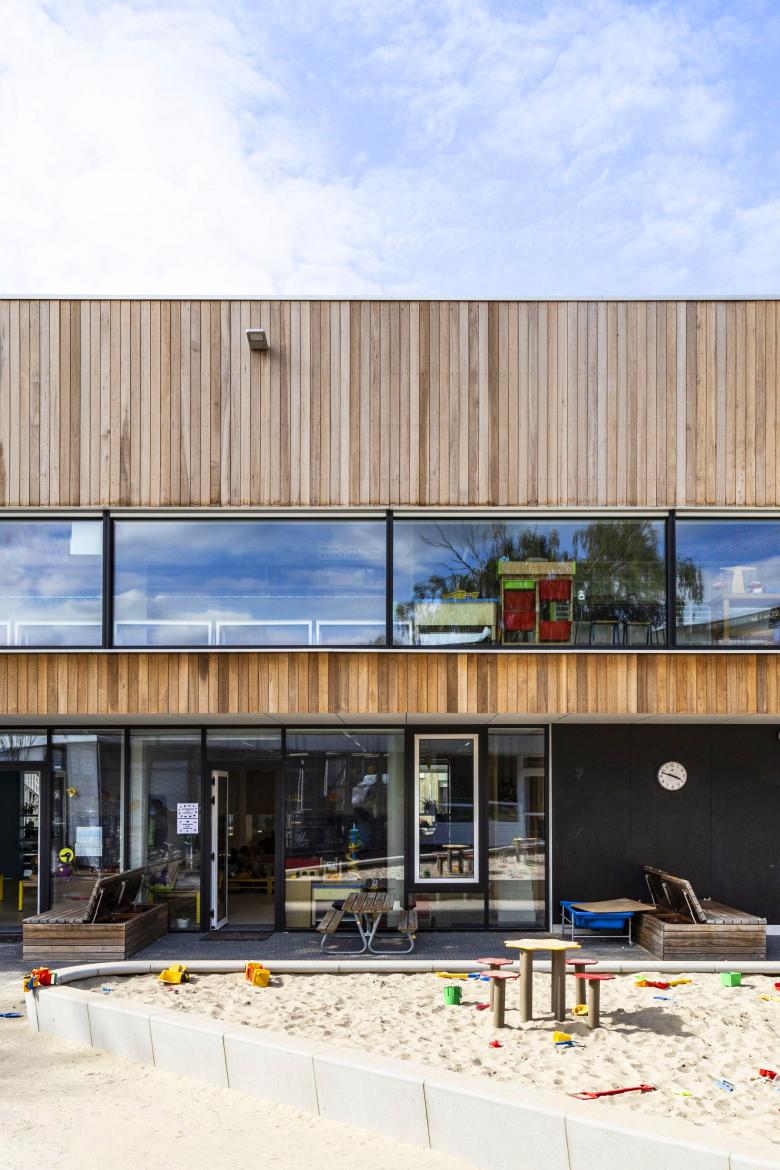 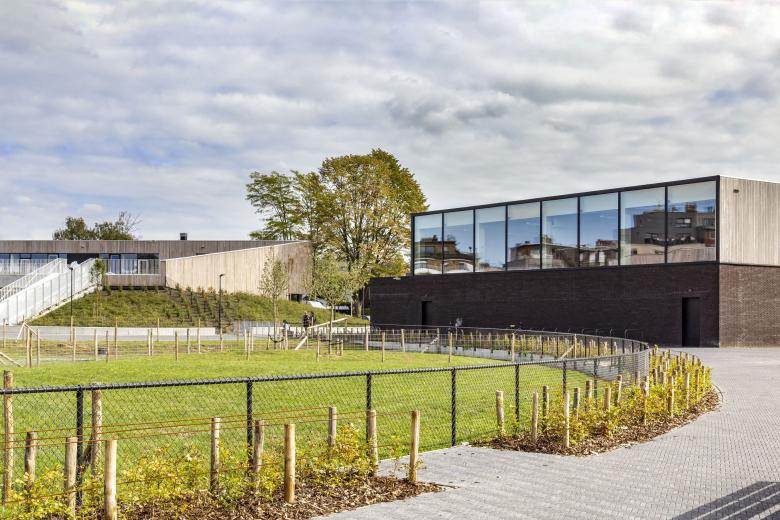 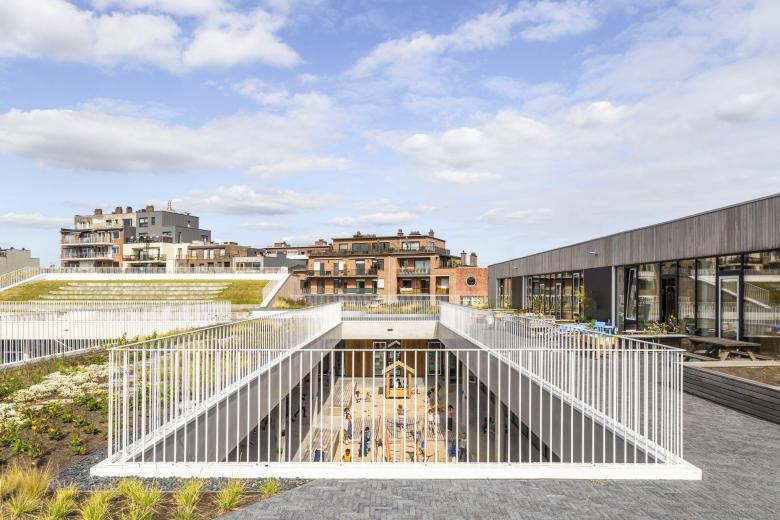 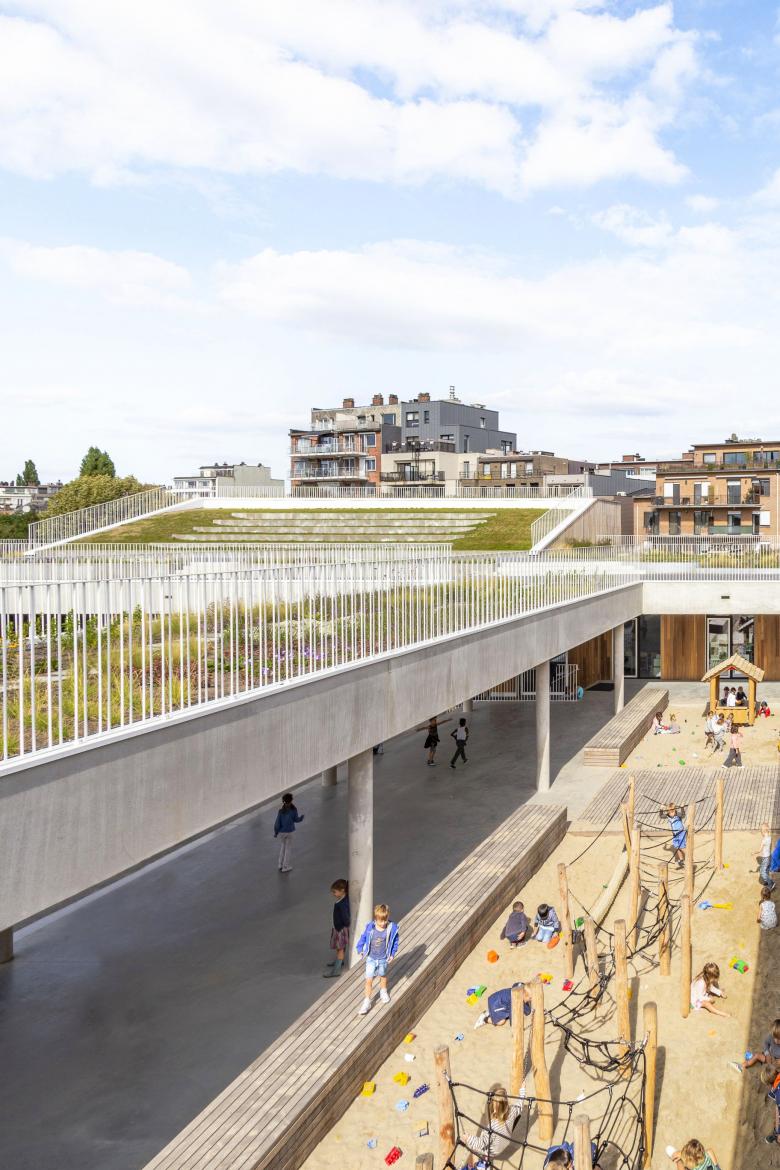 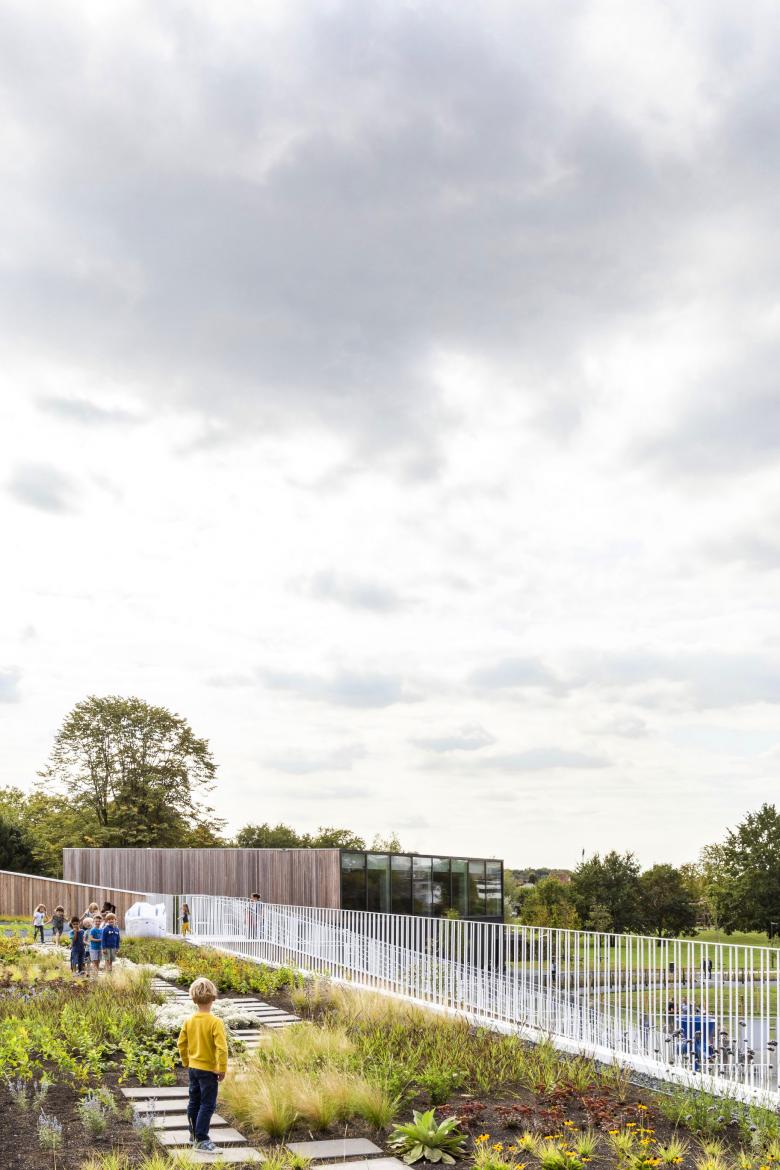 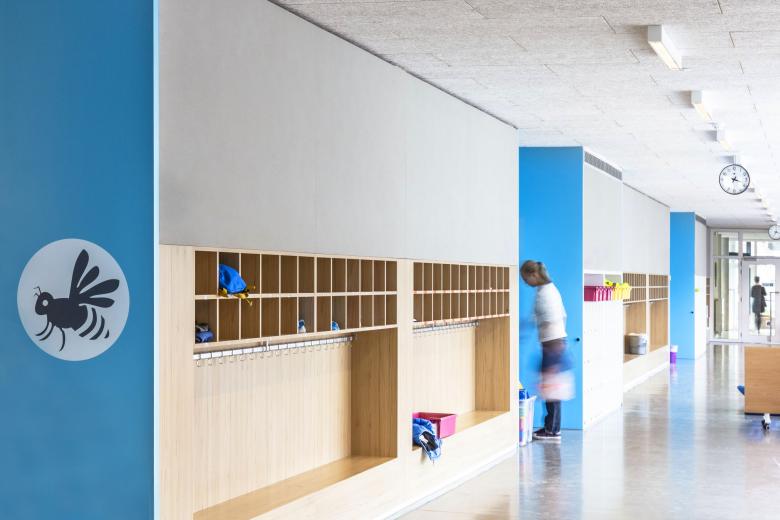 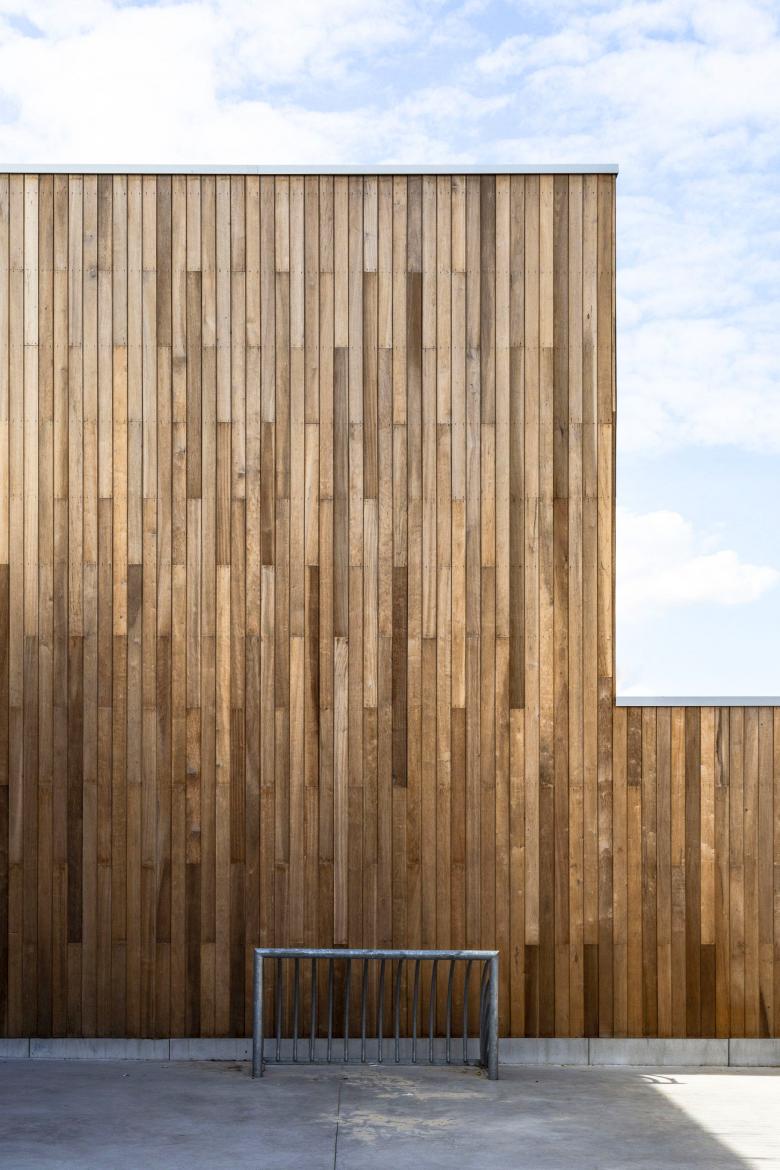 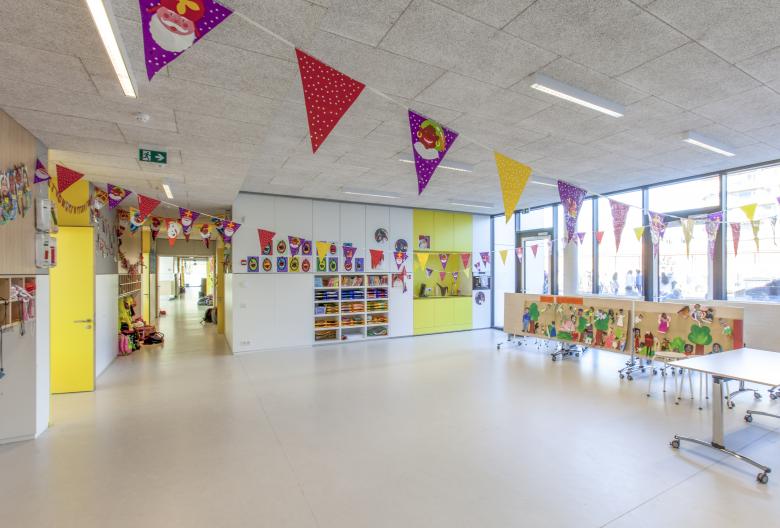 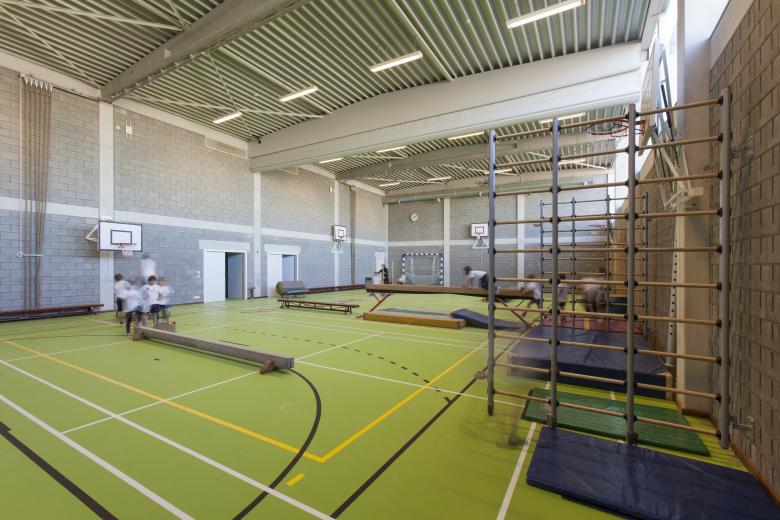 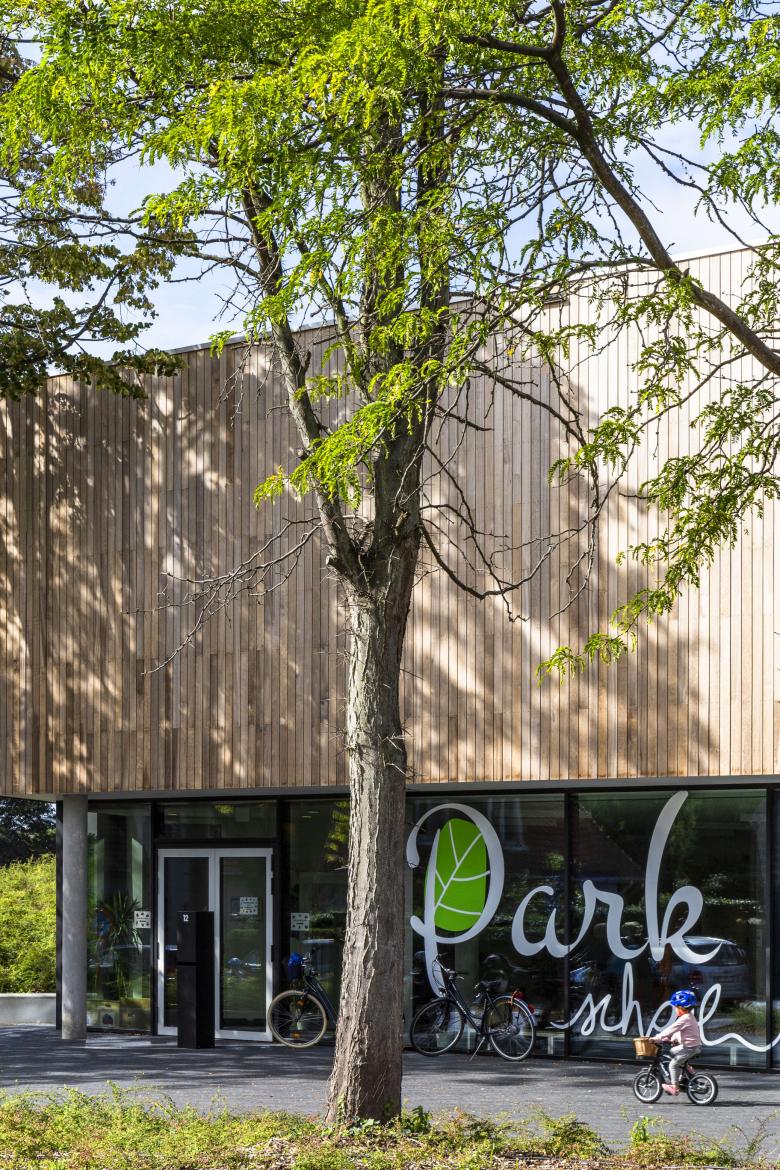 The new campus in the ‘Oude God’ park area in Mortsel accommodates the three existing urban primary schools and kindergartens from the immediate vicinity. The new school complex needs to be a sustainable, energy-efficient building offering cultural and social added value.
The competition for the design project for the new school was won in 2005 by Binst Architects. Two years later, the city council decided to upgrade the design to a passive school, and the project joined the DBFM Schools of Tomorrow programme in 2011.
The project was built in 2 phases, of which the primary school and sports hall were opened in October 2016 and the kindergarten in November 2017.
The new school accommodates around 650 pupils: 18 primary school classes and 12 kindergarten classes. The school building programme includes 6,345 m², of which 5,287 m² for the schools and 1,058 m² for the sports hall.