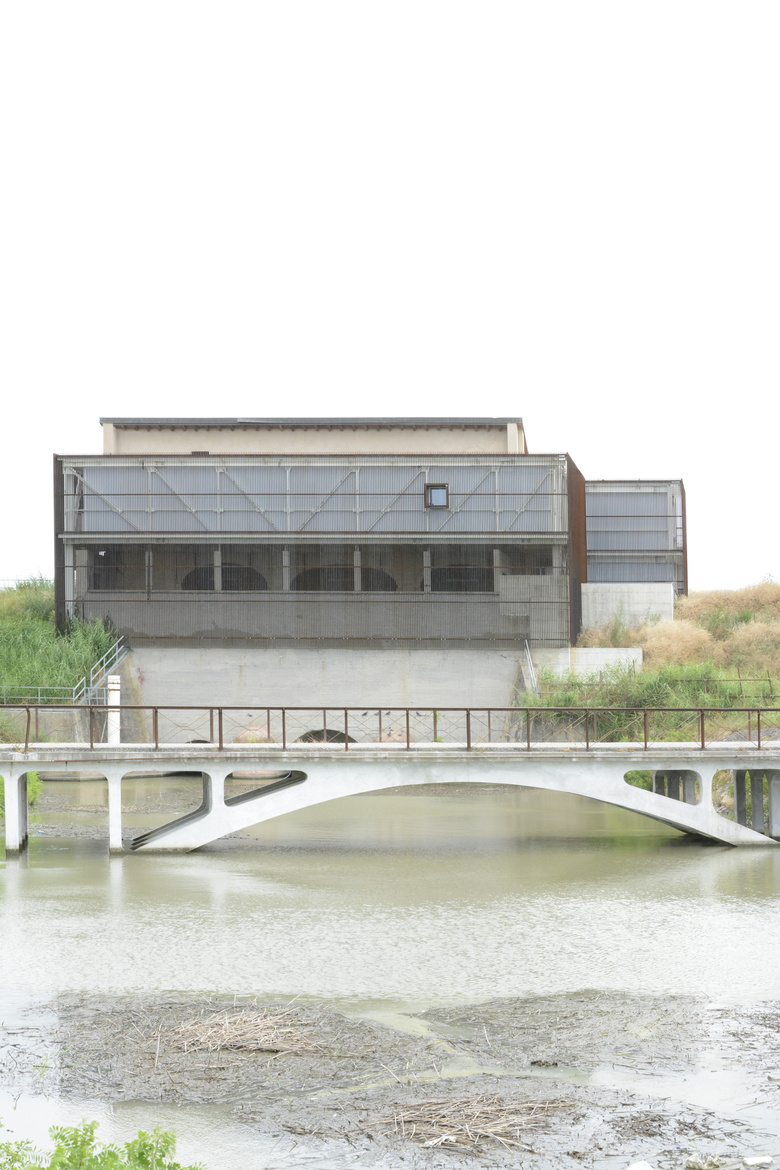 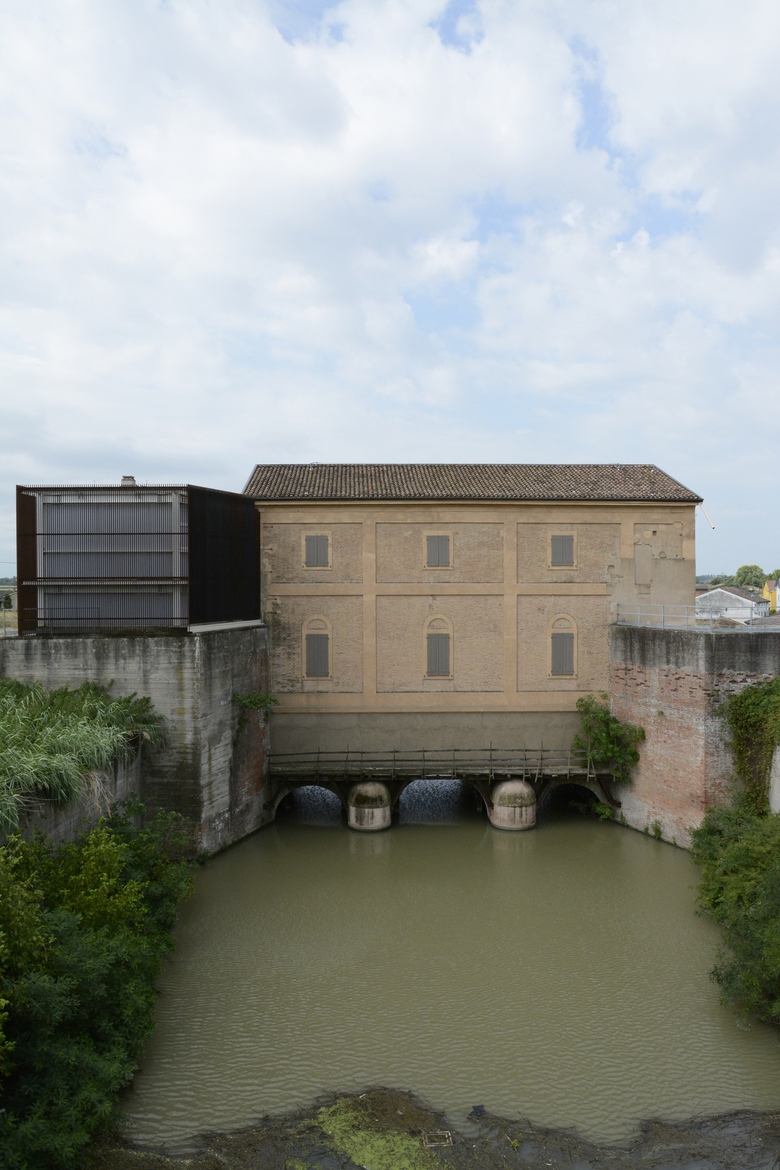 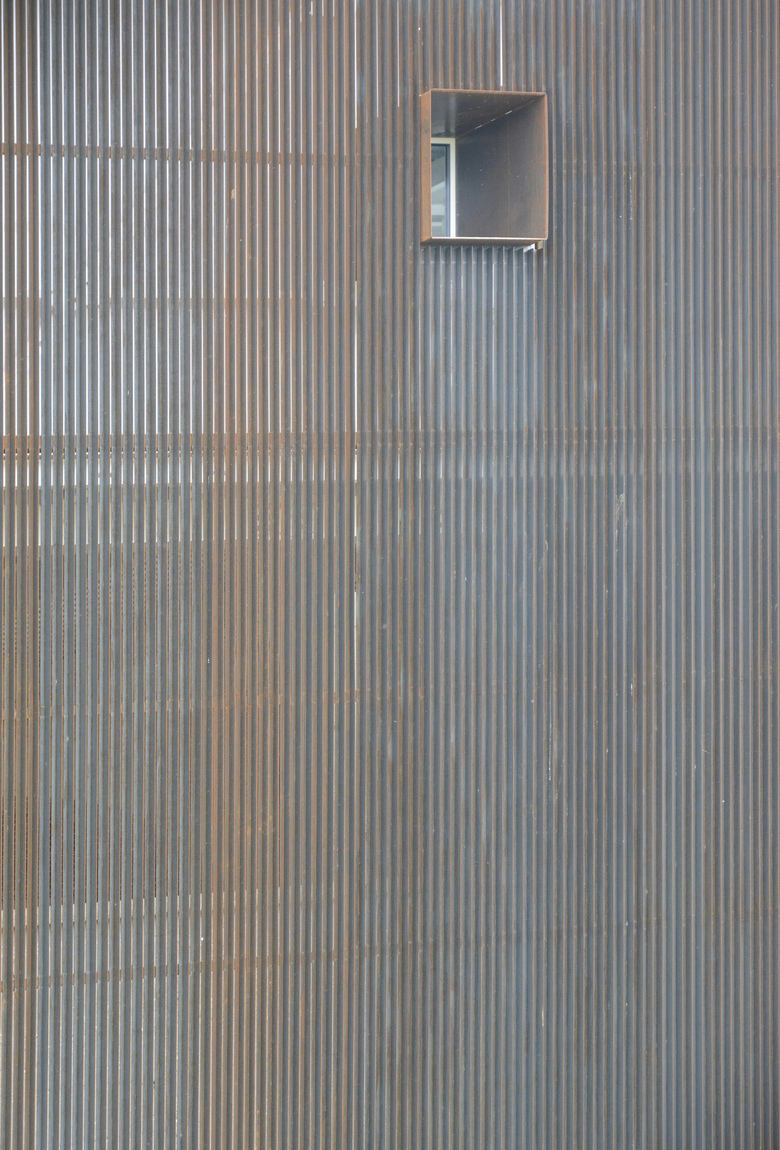 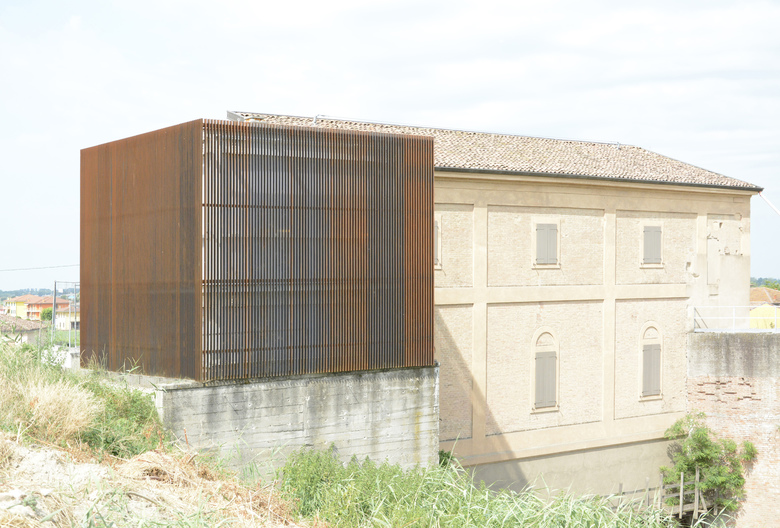 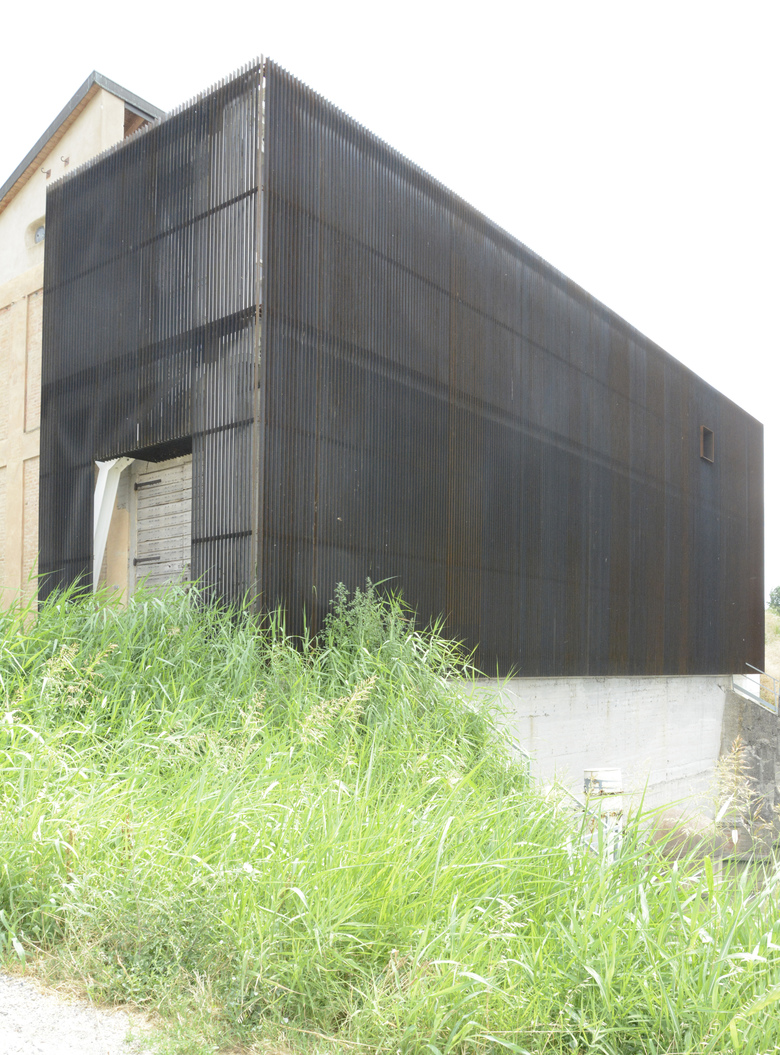 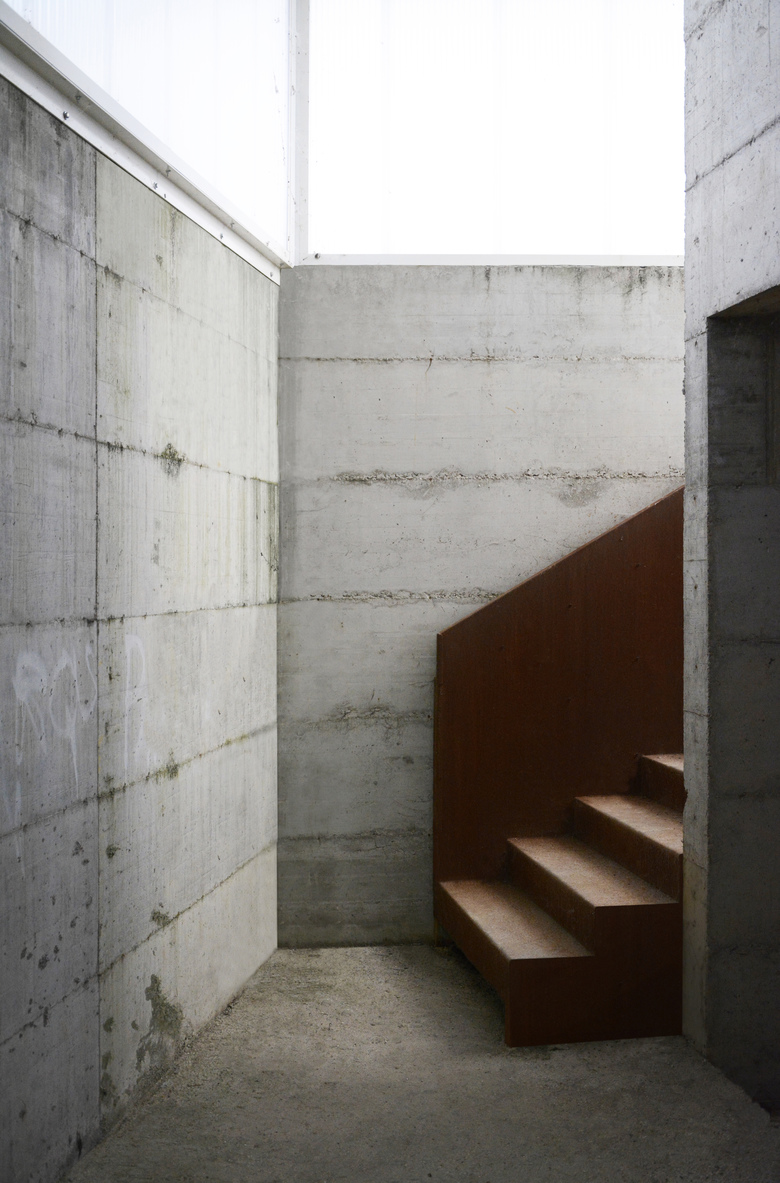 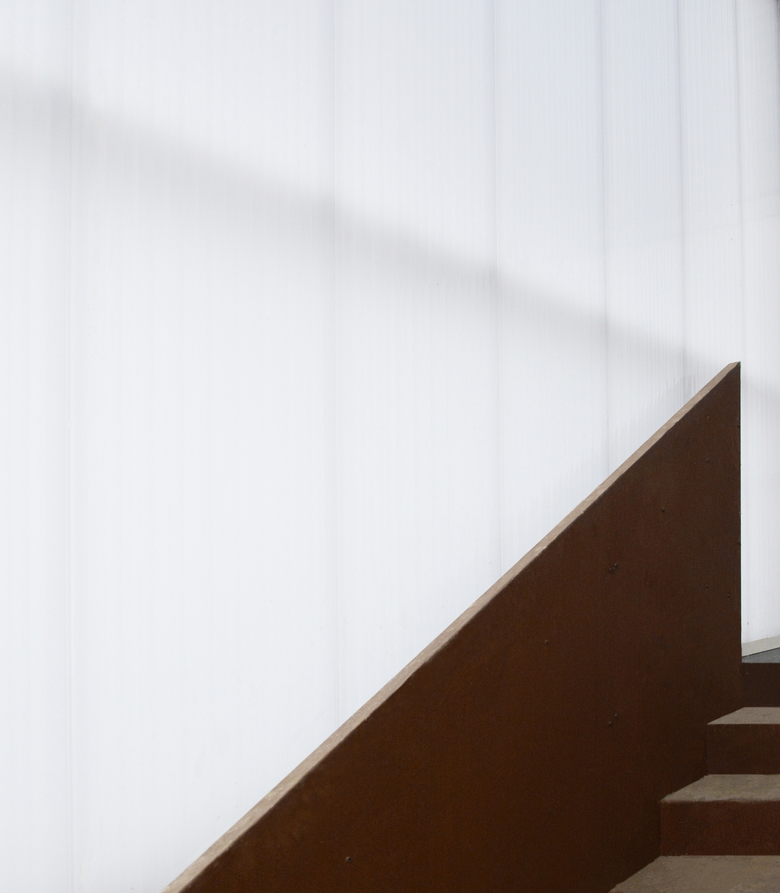 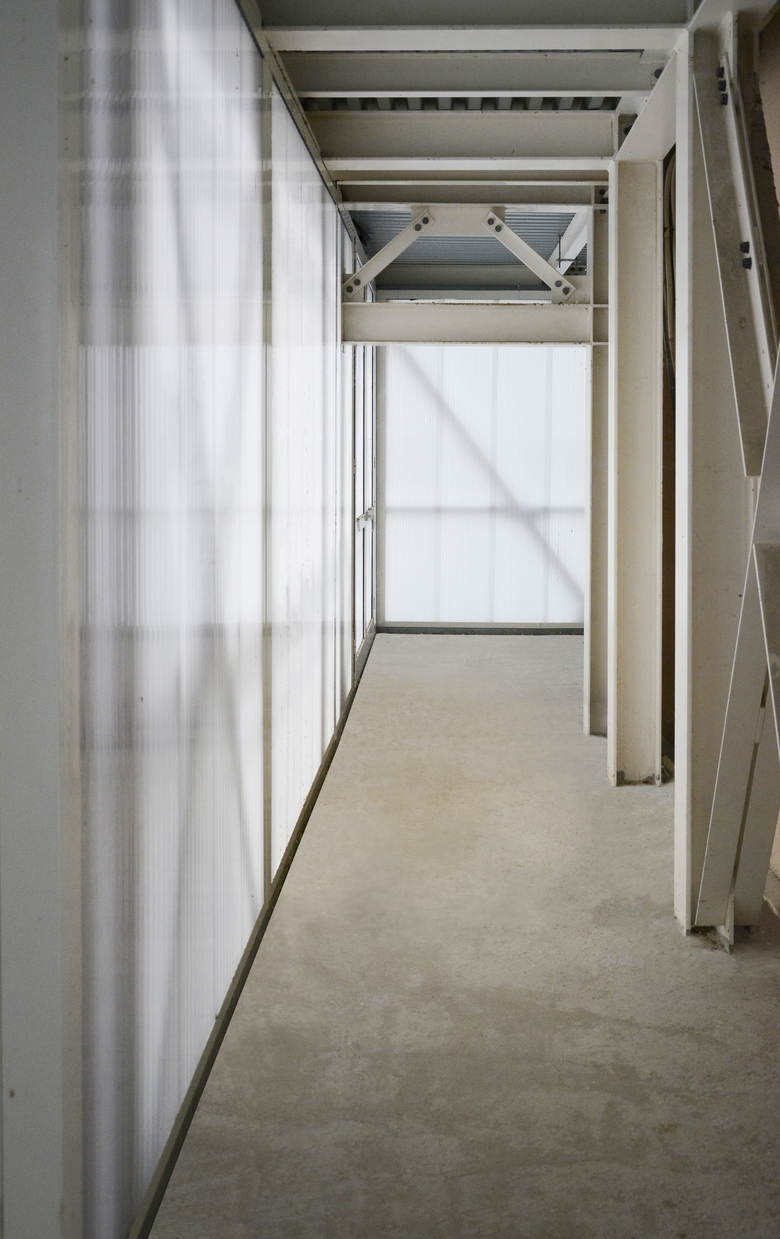 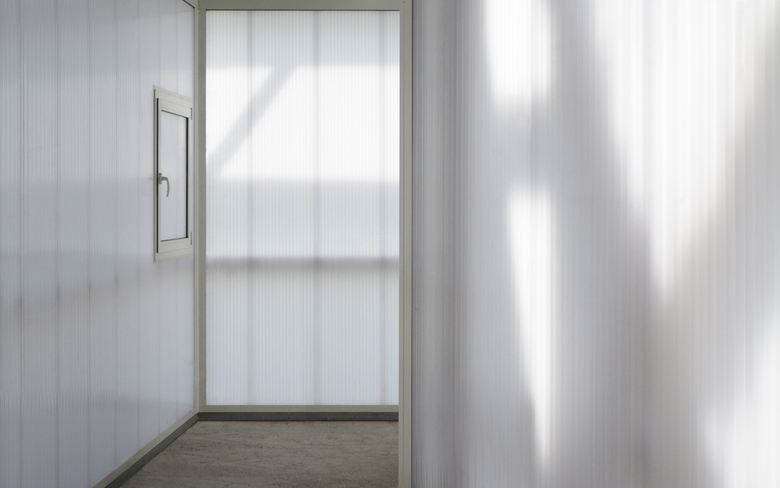 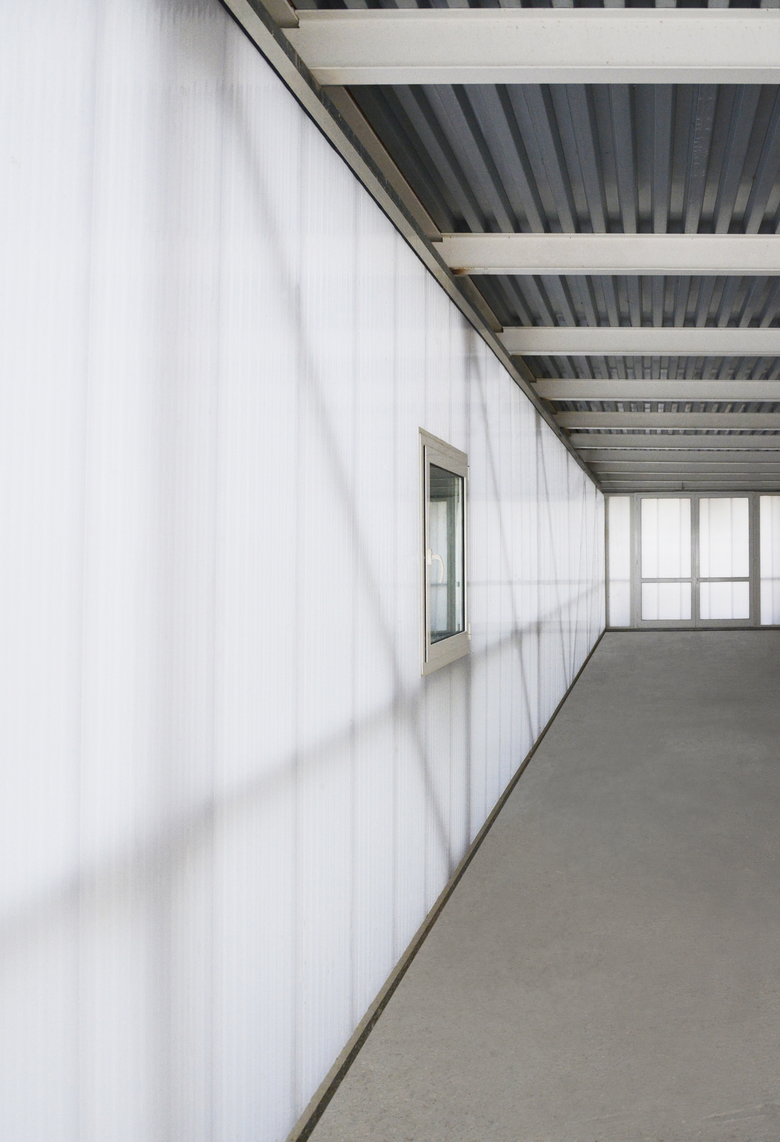 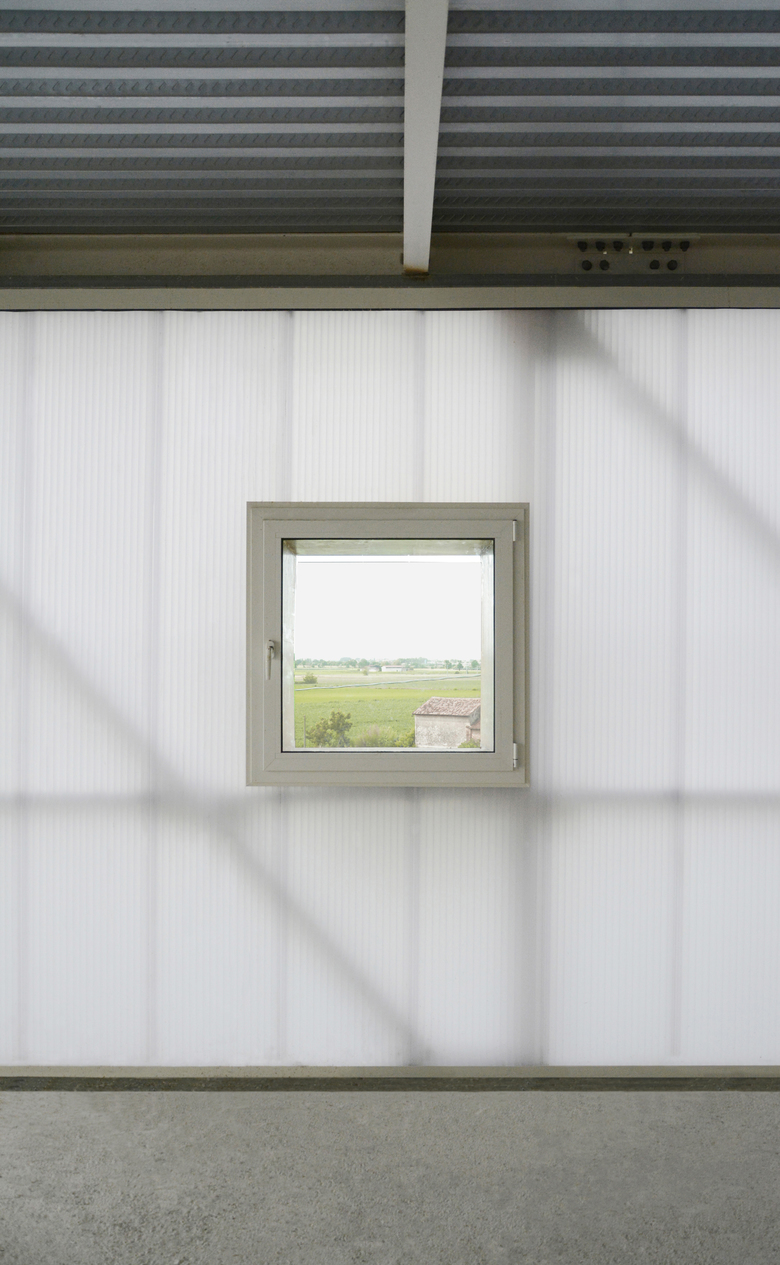 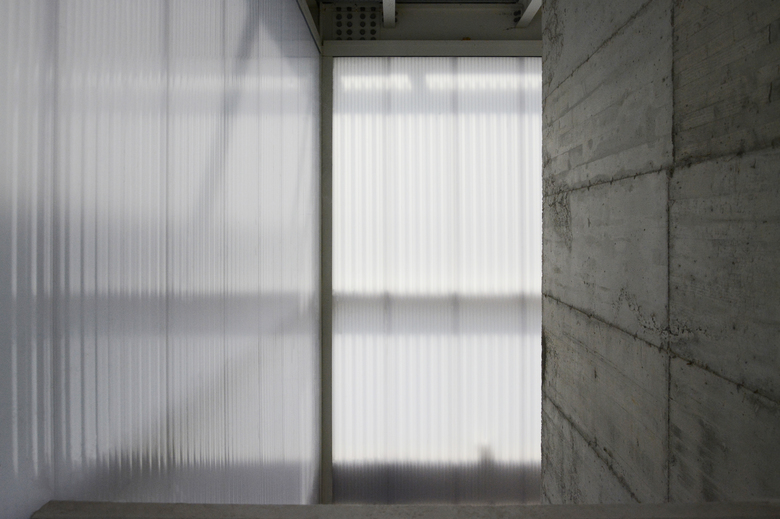 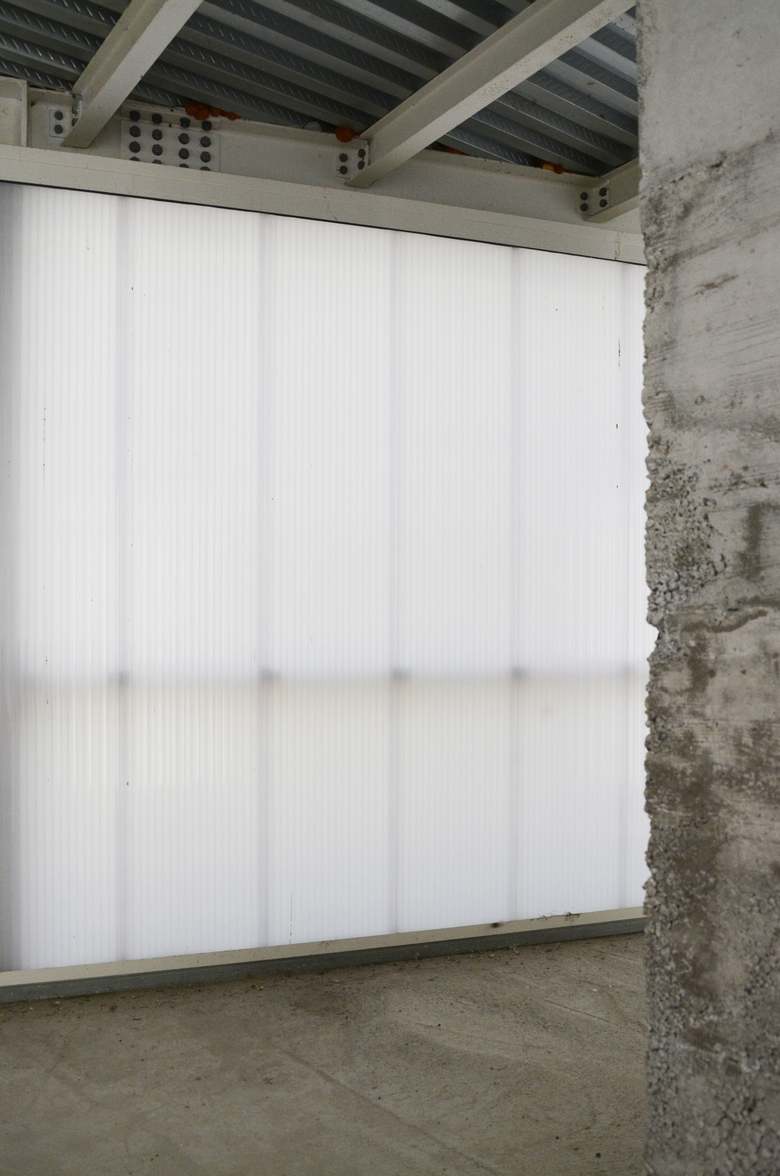 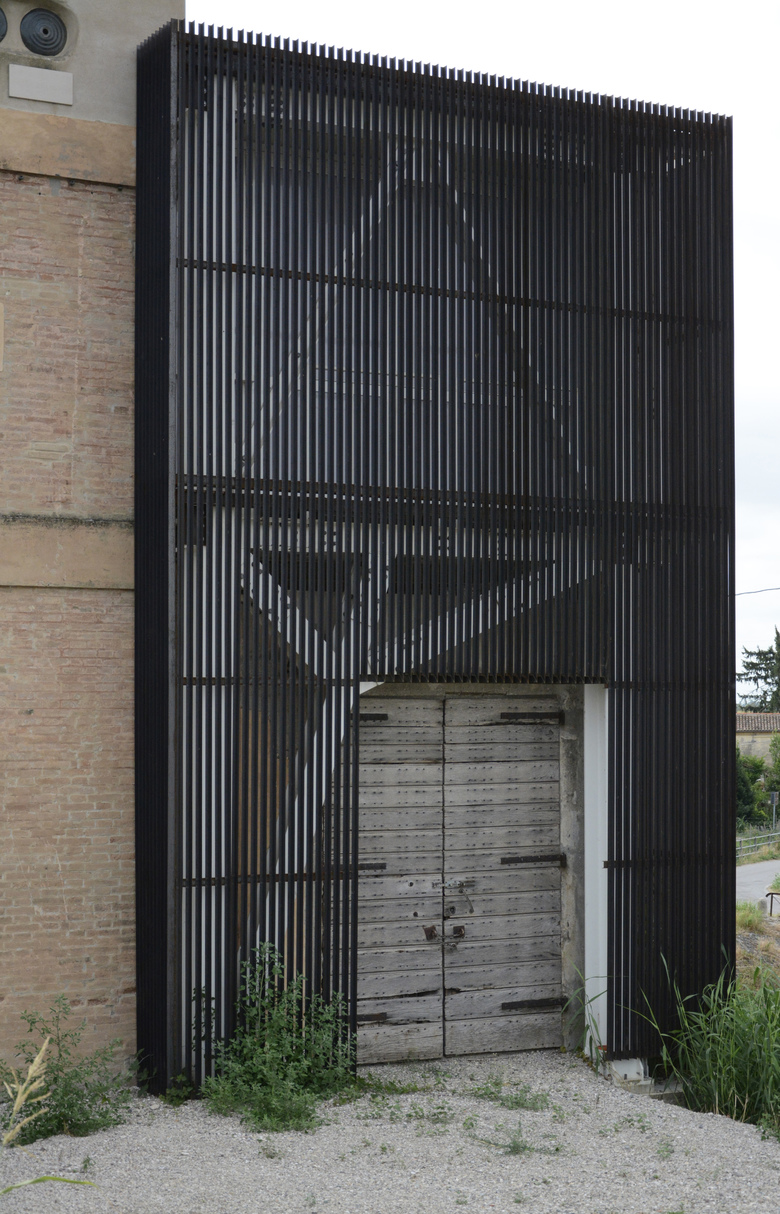 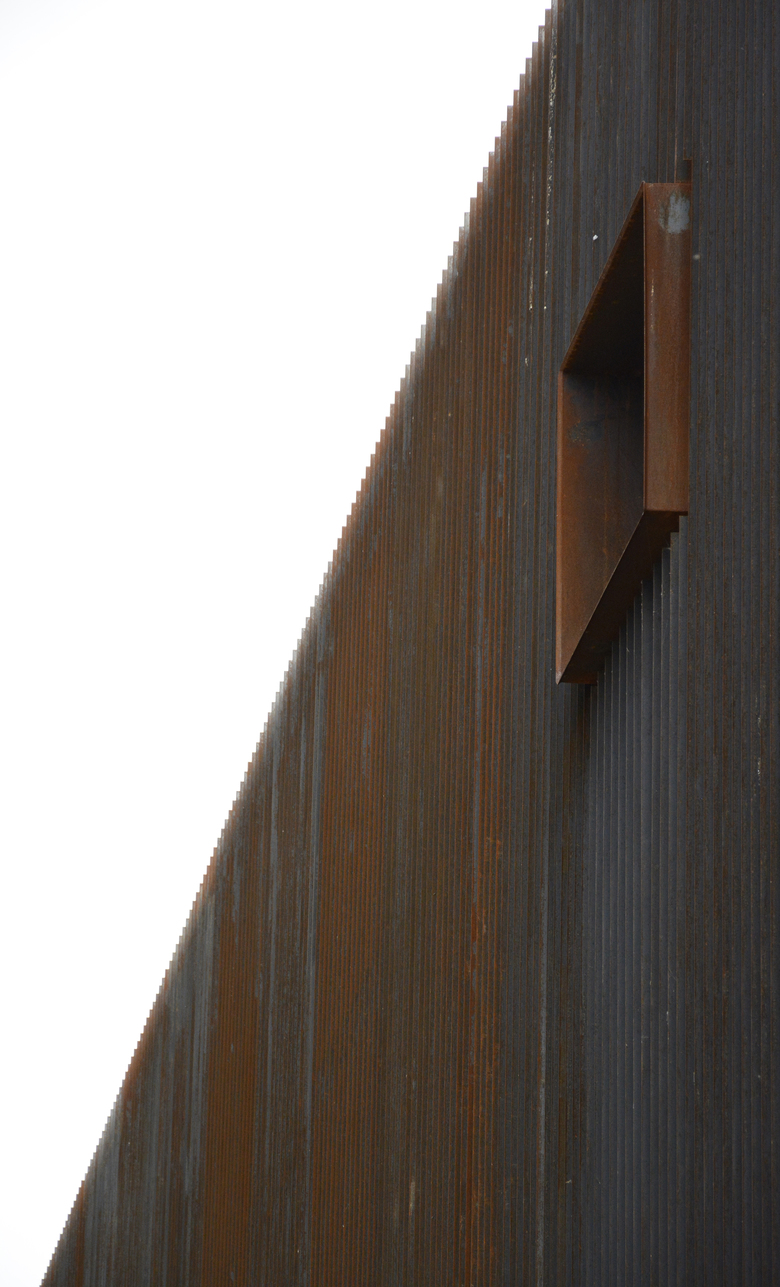 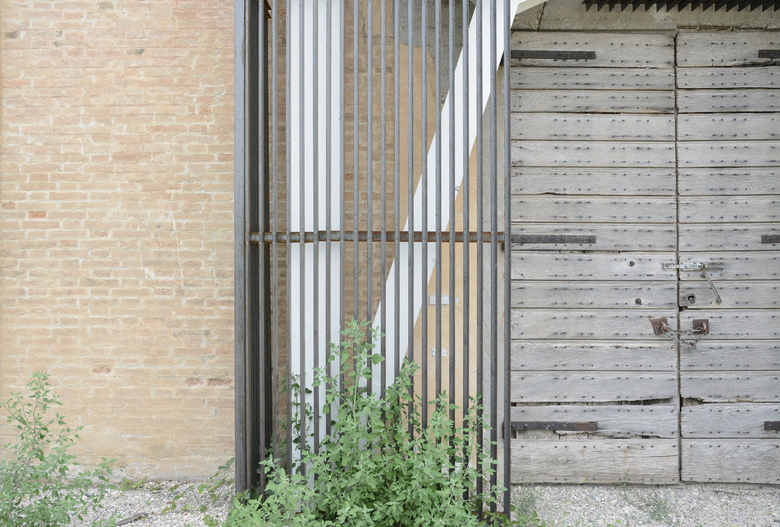 The covering in corten was the last phase of the renovation of “Chiavicone Bondanello”, started in 2009. The building, with hydraulic function on “Cavo Fiuma”, was constructed in the XVIIth century and the actual aspect derives from a renovation in 1900. Furthermore in 1960 the building partially collapsed after the river overflow and it was reconstructed.
A new reticular steel structure with polycarbonate wall replace the volume that was destroyed; inside there is a polyfunctional space with the environment center of the Secchia river park.
The new covering in corten linked the restored facade with the new volume and show the stratification of the interventions. The perception of the facades is dynamic and changes from every different angles, emphasizing the historical facade, the relation with the contemporary intervention or also the strength of the oxidised steel.
The polycarbonate wall during the night works like a lamp that emphasize the social function of the building and make it a signal in the landscape.