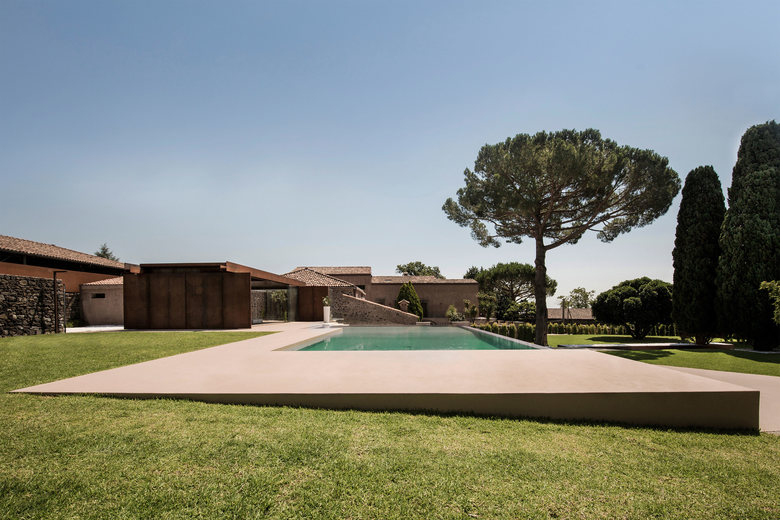 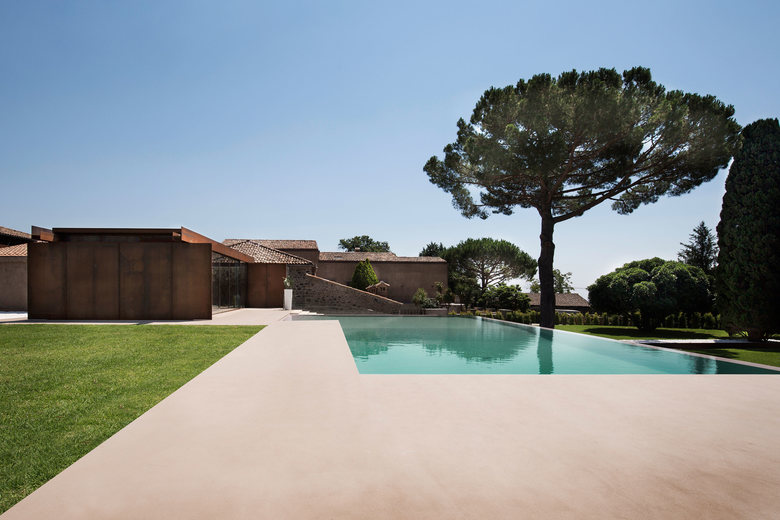 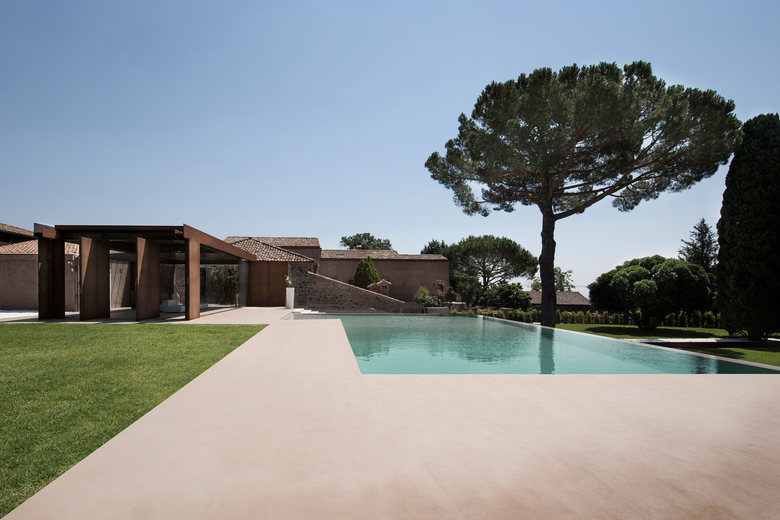 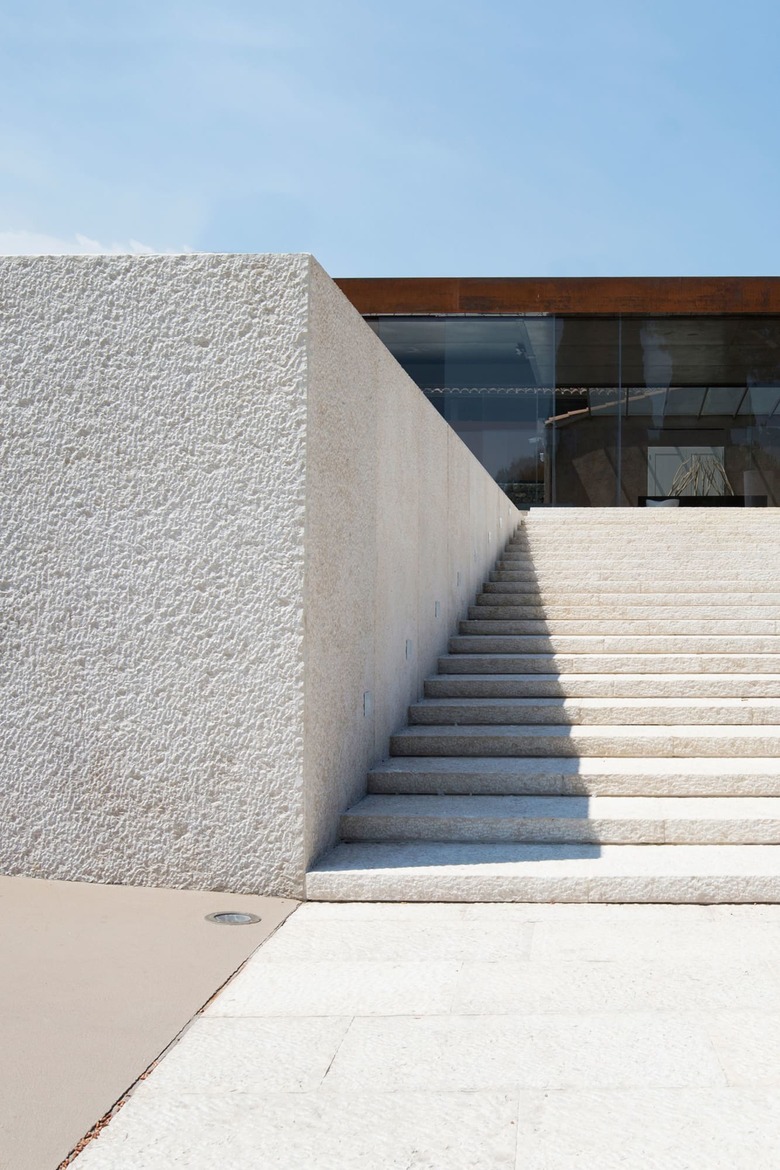 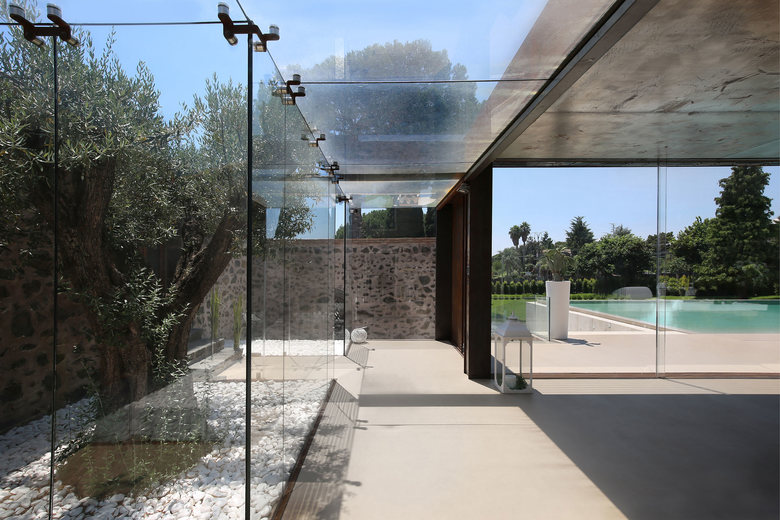 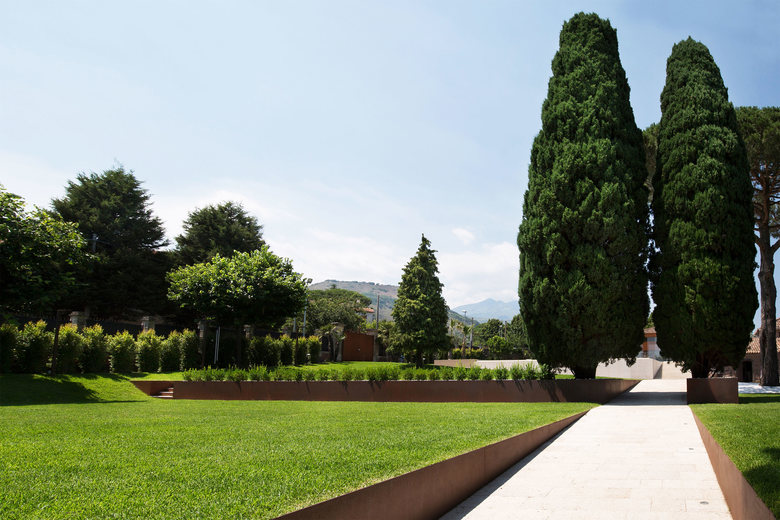 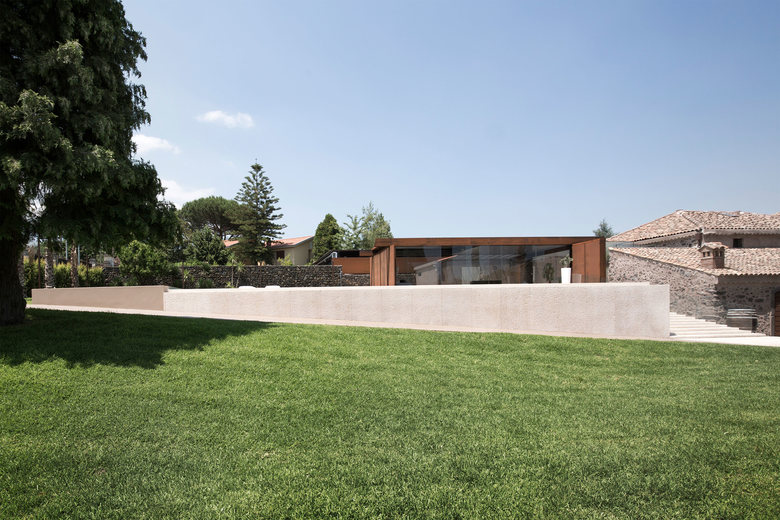 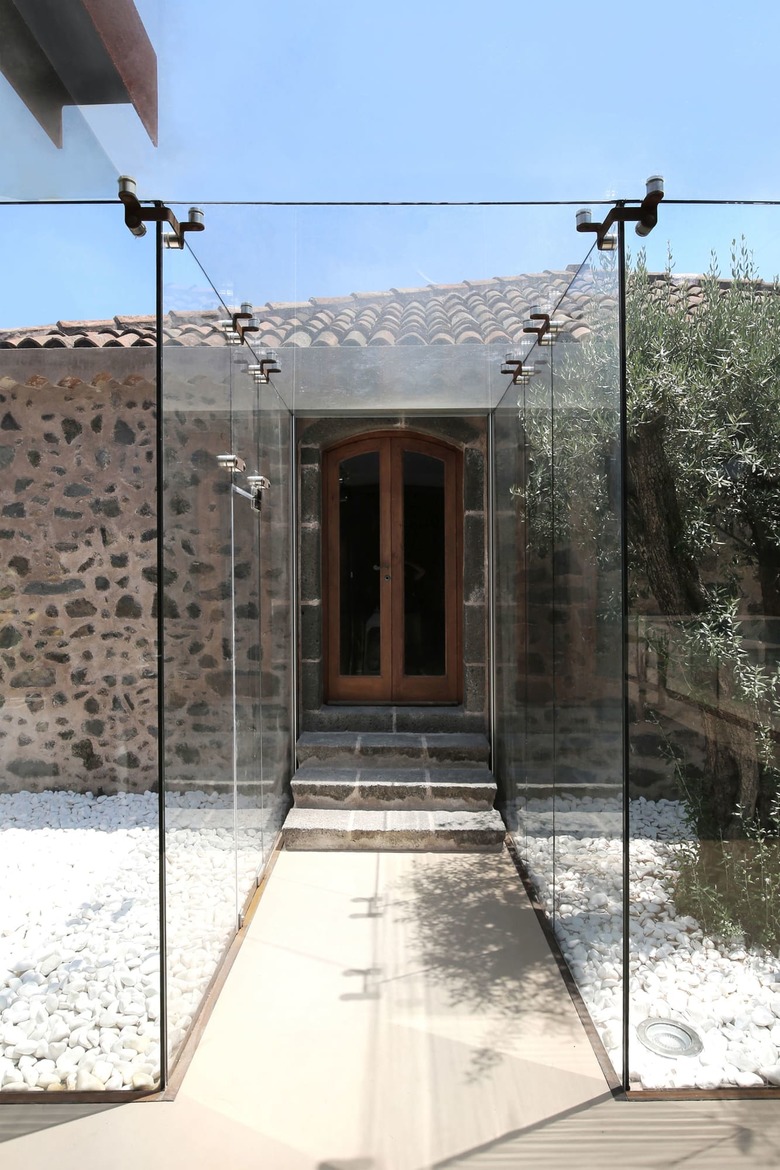 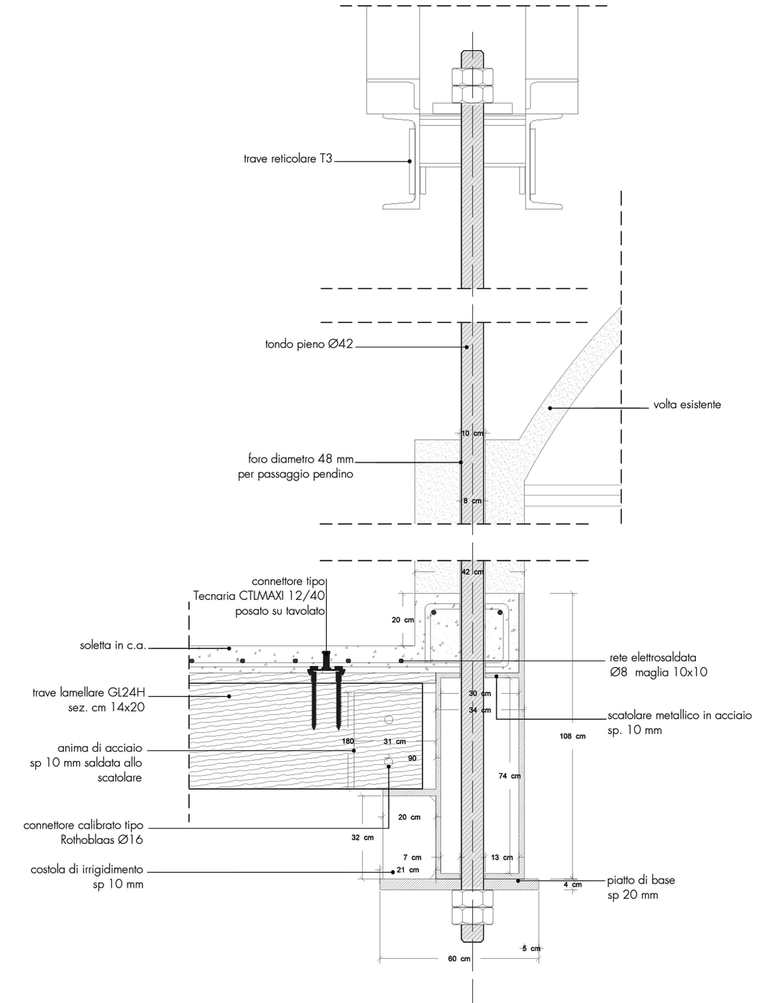 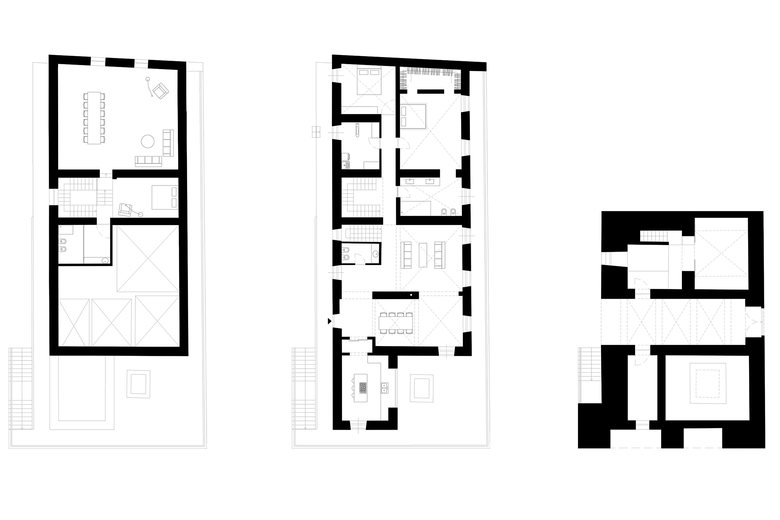 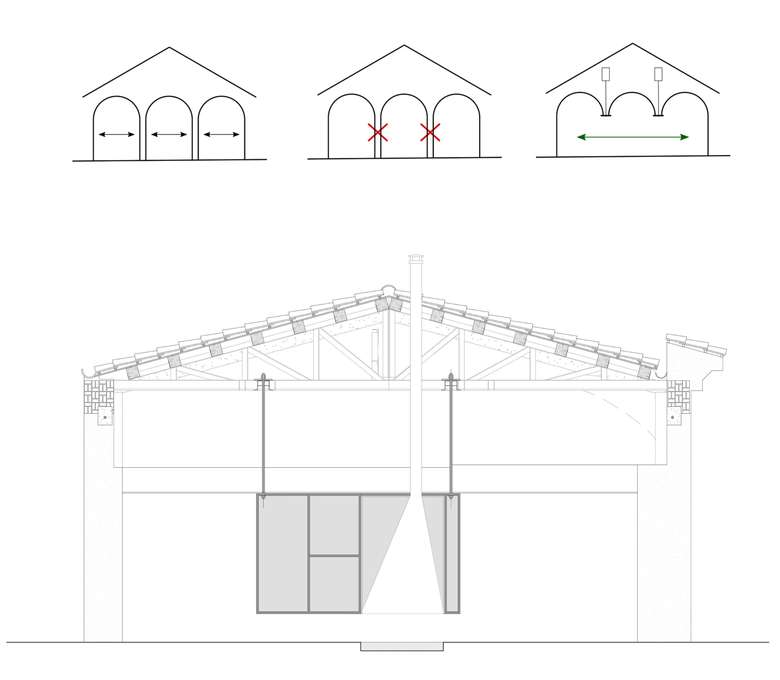 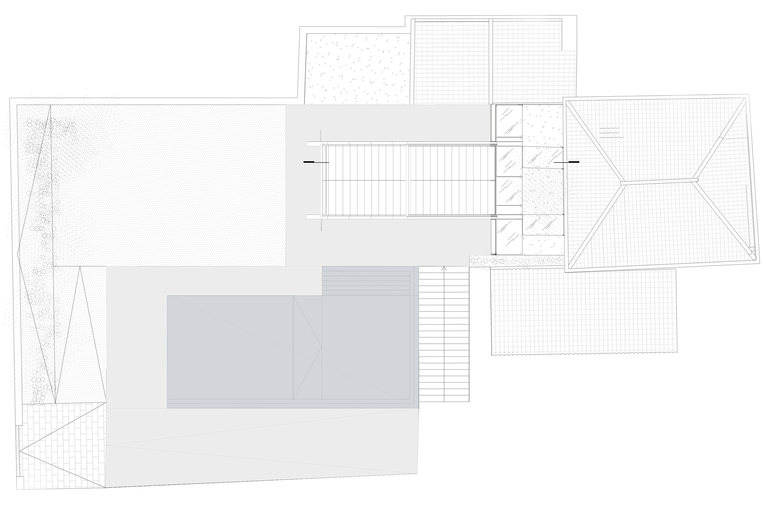 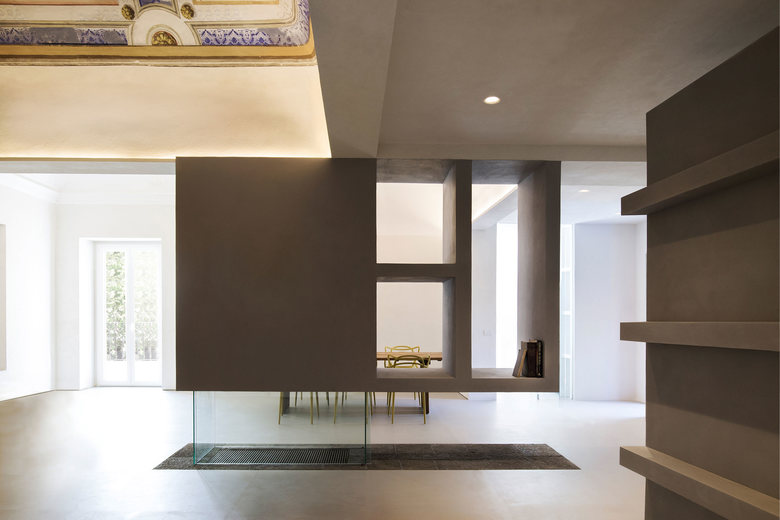 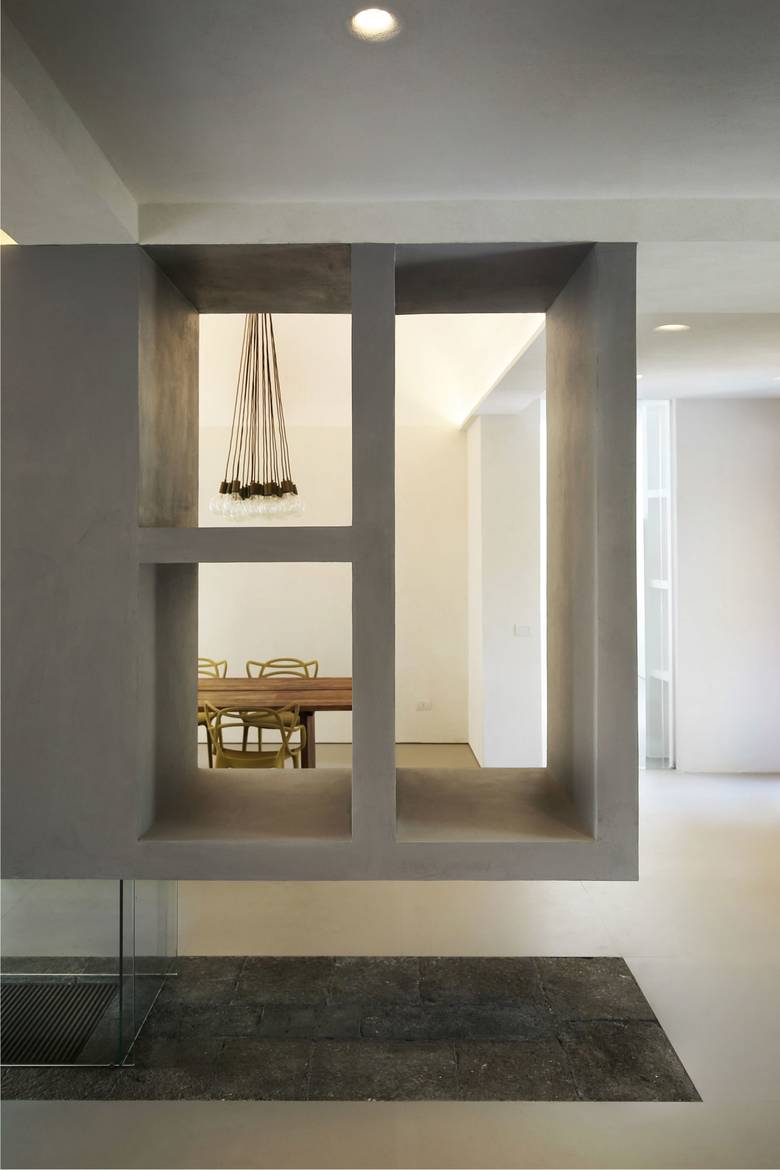 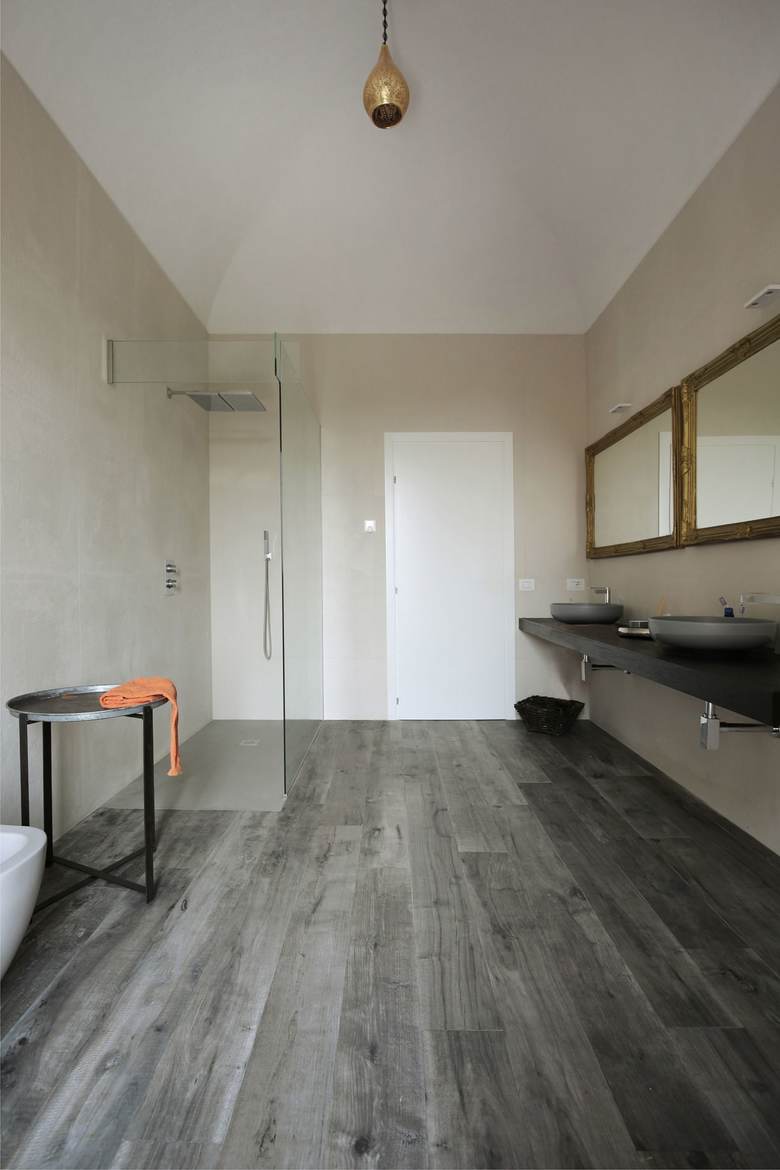 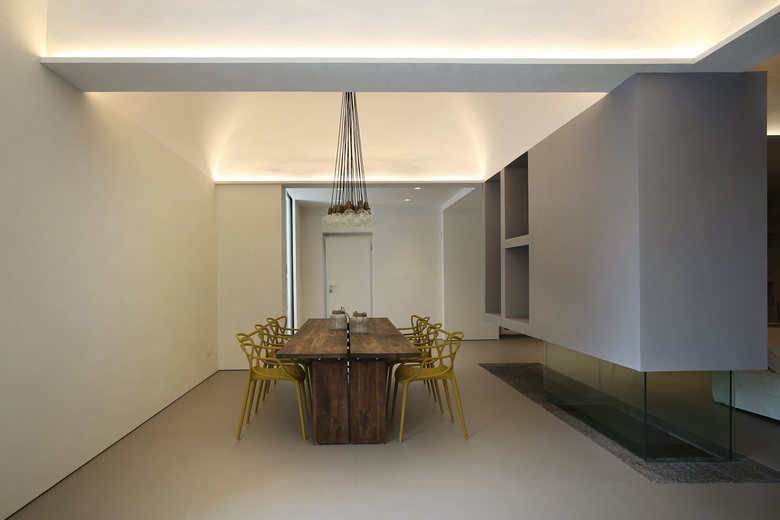 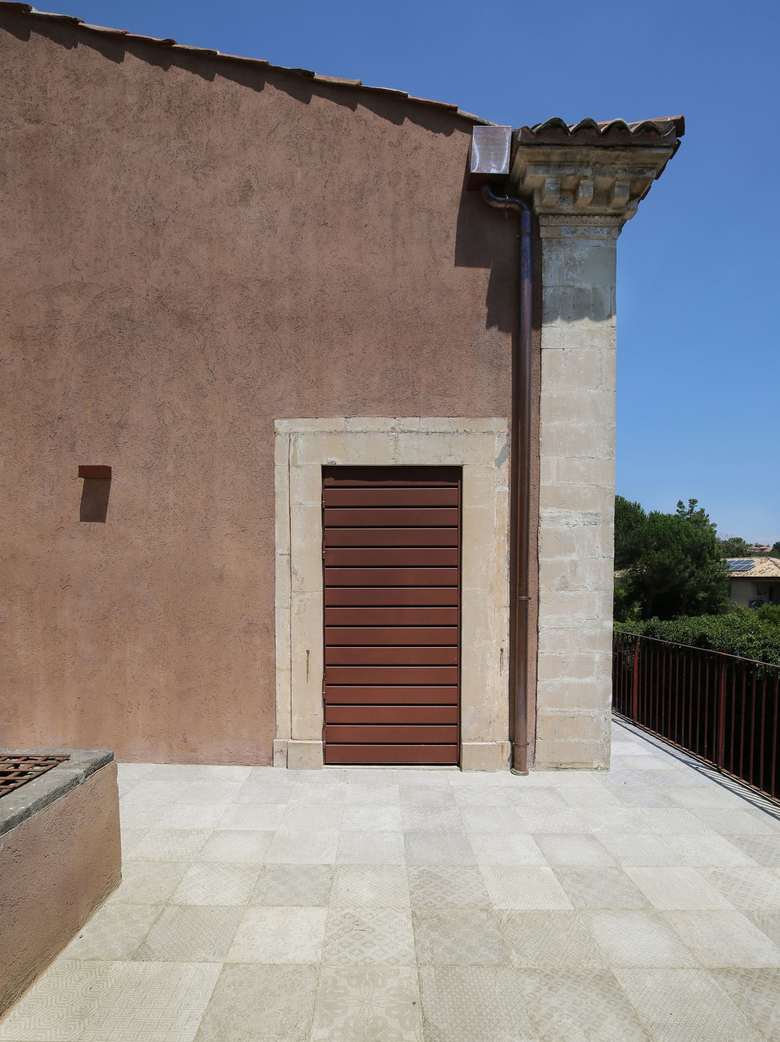 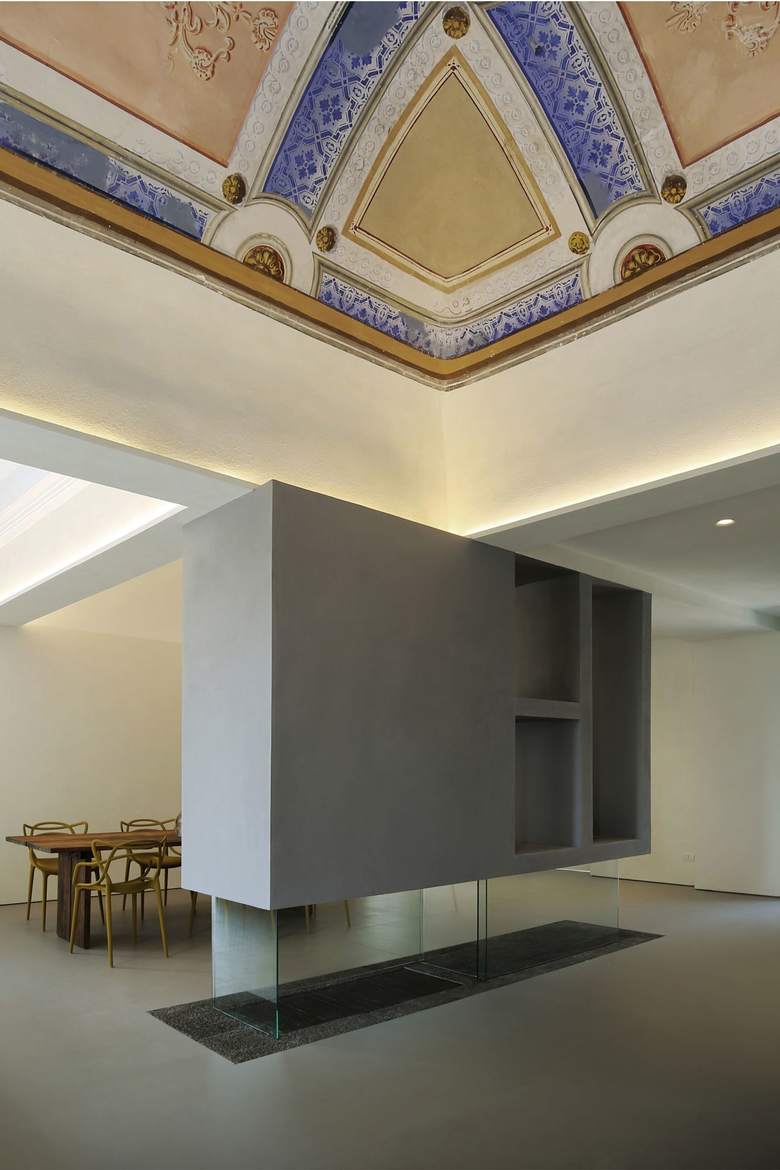 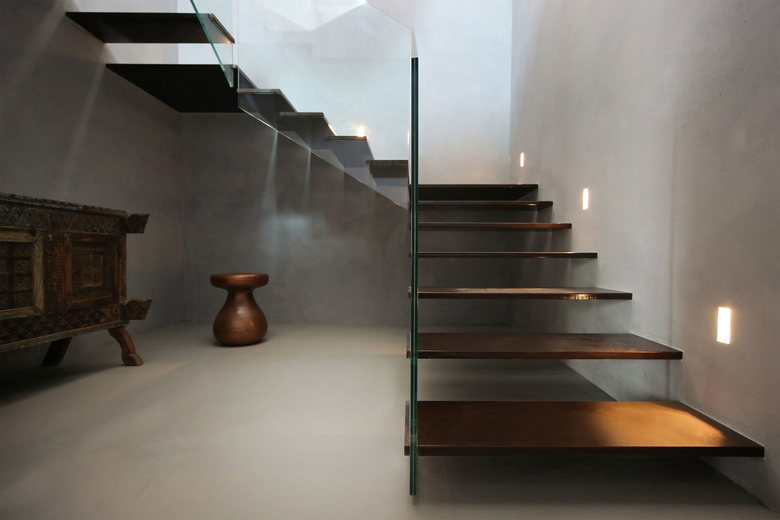 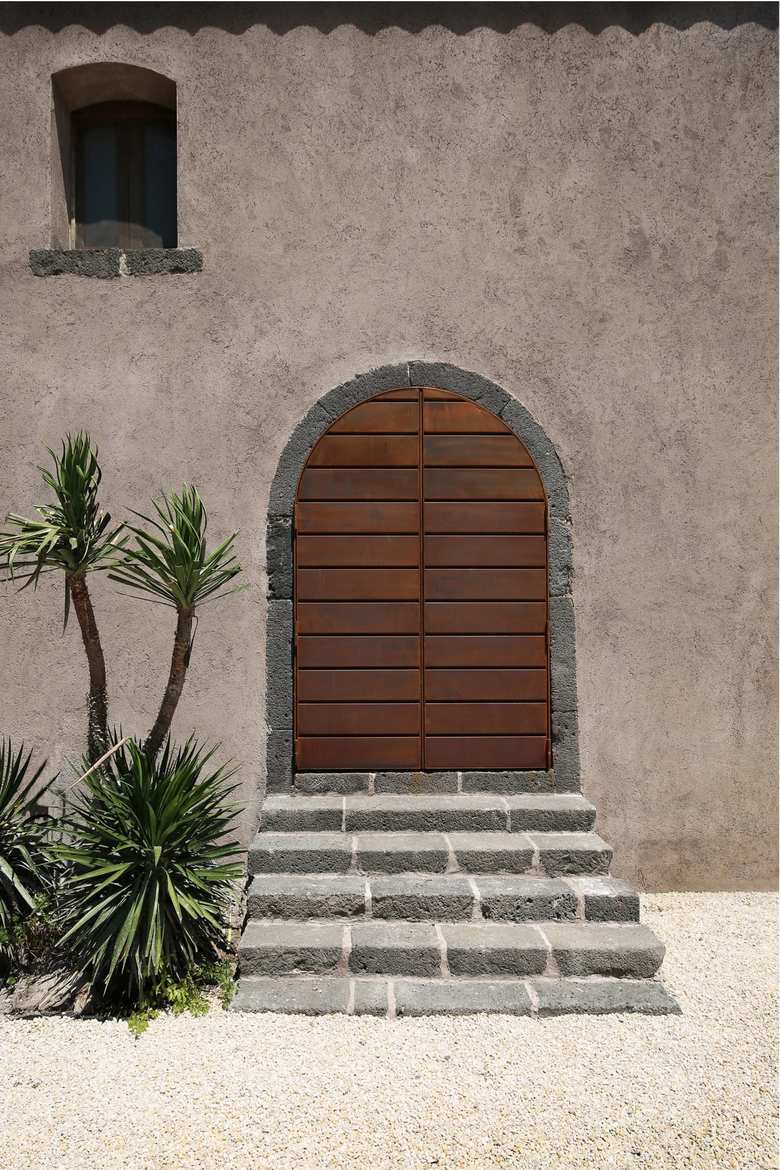 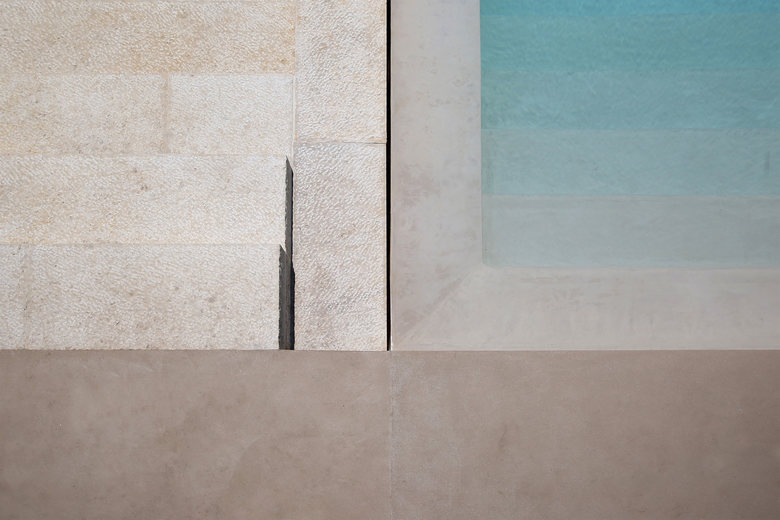 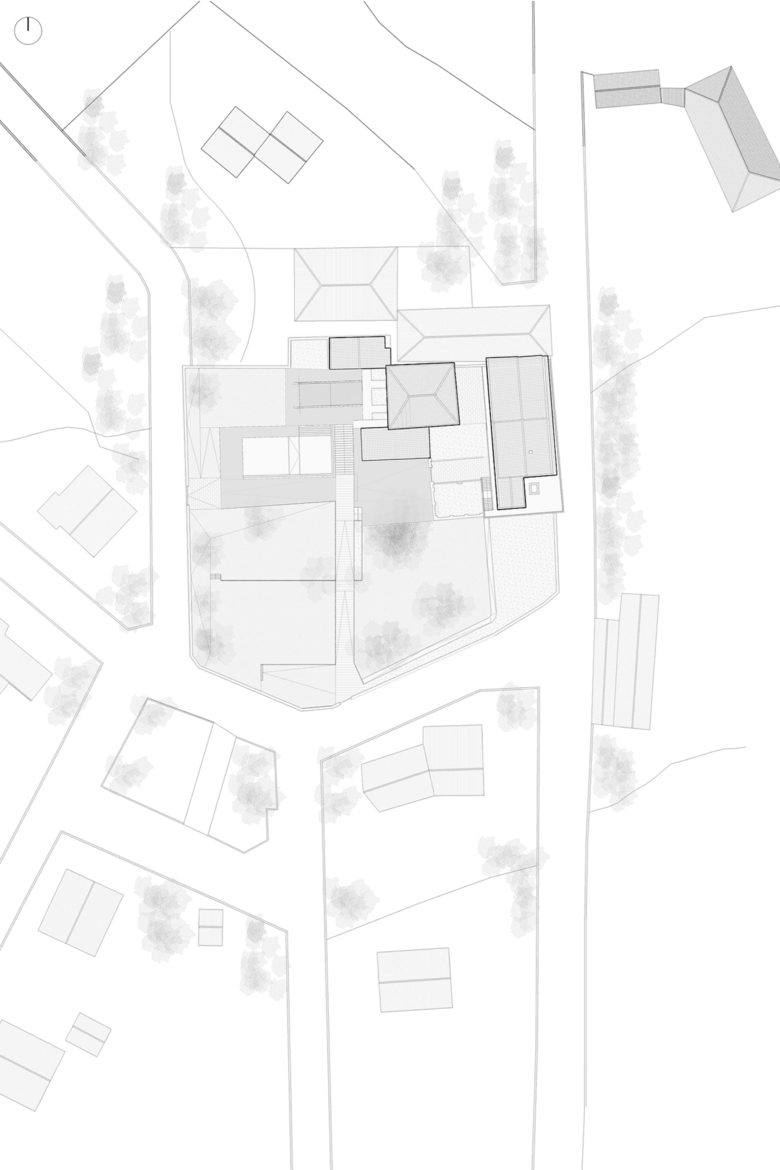 The project regards the expansion and the renovation of a farm in the Sicilian hillside, on the slopes of Volcano Etna. The design effort aimed to respect the existing architecture and at the same time to search for a global image. Several features of the local tradition come into play, creating many points of contact between old and new: simple forms and few materials interact with the historical context.

The leading line of the landscape design was the innovation of the classical Sicilian garden by simplifying forms and reordering plant essences. The existing garden, wild and unkempt, was characterized by a single space in a constant slope and therefore not viable. It was necessary to give a new order to the principal elements: the plant essences, the avenues of connection, the horizontal terraces and the shady areas.
The main entry – an avenue coated in hand-crafted stone - resumes the ground of an old path. Passing through two centuries-old cypresses, it guides to several green terraces - confined by thin blades made of corten steel - and leads to the new veranda.

The veranda - made of steel profiles and glass - is a small building extending an old millstone, where they used to process the grape: the addiction interacts with the historical masonry thanks to the corten brownish colour. The peculiar aspect is the sliding movement of the roof that offers radically variable space, extent of shelter, sunlight and insulation. It is about the ability to vary or connect the overall building composition and character according to season or weather. During the wintertime, it will be possible to close the building, thanks to the kinetics of the roof, the glass windows and the pivoted walls. During the summertime, the whole structure will be open, banishing the separation between interior and exterior.

Before arriving to the veranda, the avenue touches the last terrace, explicitly different from the others. Its colour is clear - large and monolithic slabs of white stone - and houses a large “infinity” pool that produces a nice visual effect extending to the horizon, vanishing and extending to infinity.

The project involves the renovation of a 600 sqm villa, distributed on three levels: the basement consists of the entrance and adjacent rooms, the ground floor with the main living rooms and, finally, the first floor featured by a large open space.
Particular attention was paid to the space partition. The load-bearing system consisted in a masonry structure and therefore was characterized by large interior walls scanning the interior space. Rooms were small and separated by narrow doors.
The concept aimed to create a large and unique space, a core for the whole house. Thus it was conceived the idea of suspending the vaults to free the area below from the interior partitions. The intervention, arduous and delicate, is achieved through the insertion of a steel truss, hidden under the roof and connected to the vault by tie rods. The result is surprising: the large central fireplace is completely suspended from above, as the four adjacent vault.
All the interior walls are finished with natural lime skimmed, according to tradition, in an irregular manner. The walls are not painted to emphasize the beauty and authenticity of the material. The exterior are made by "cocciopesto" - a sort of natural plaster - in order to preserve the historical characterization given by time.