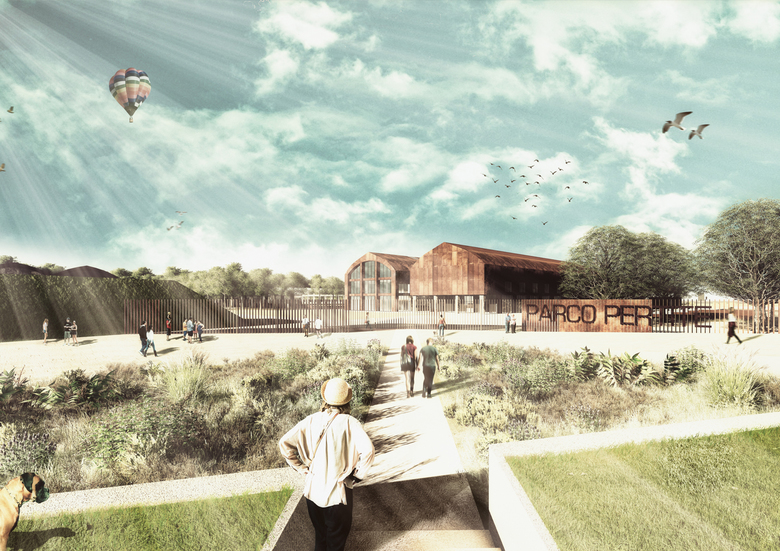 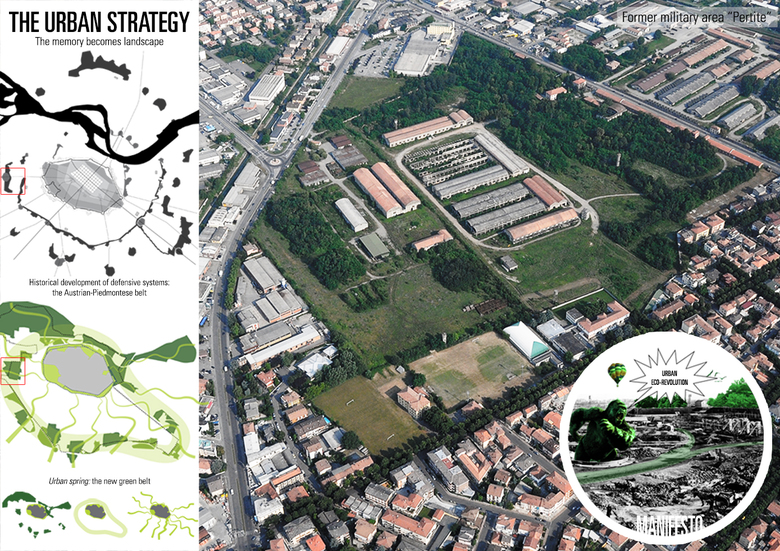 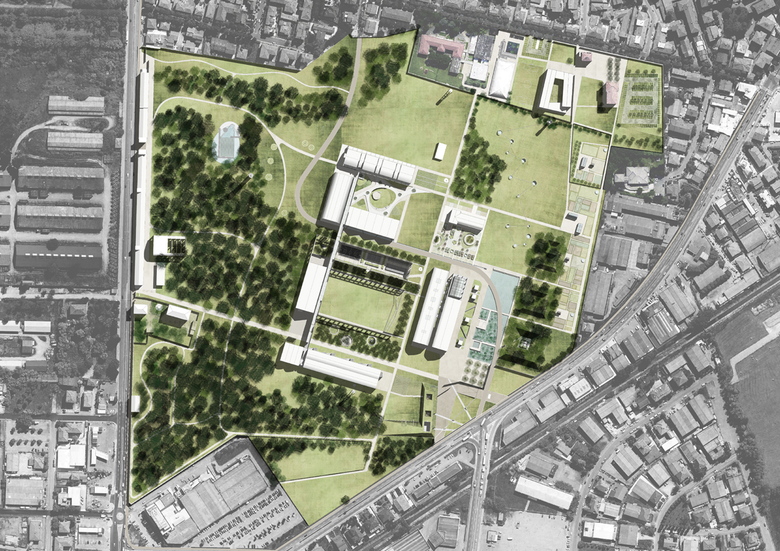 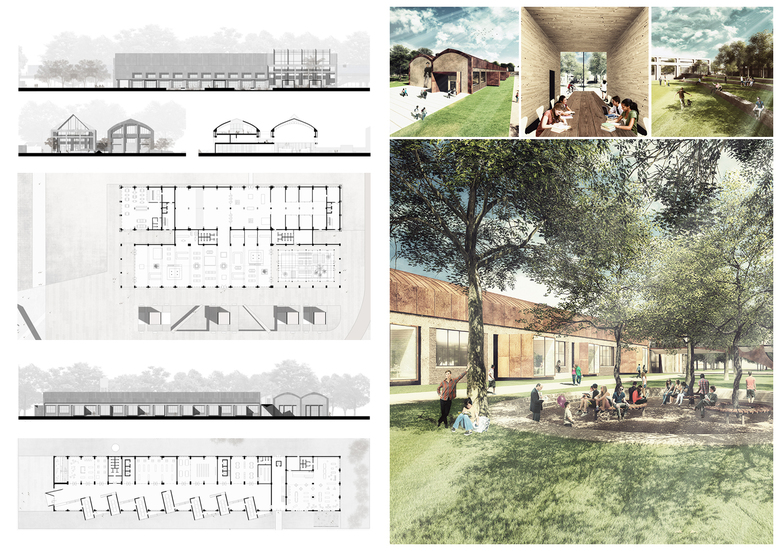 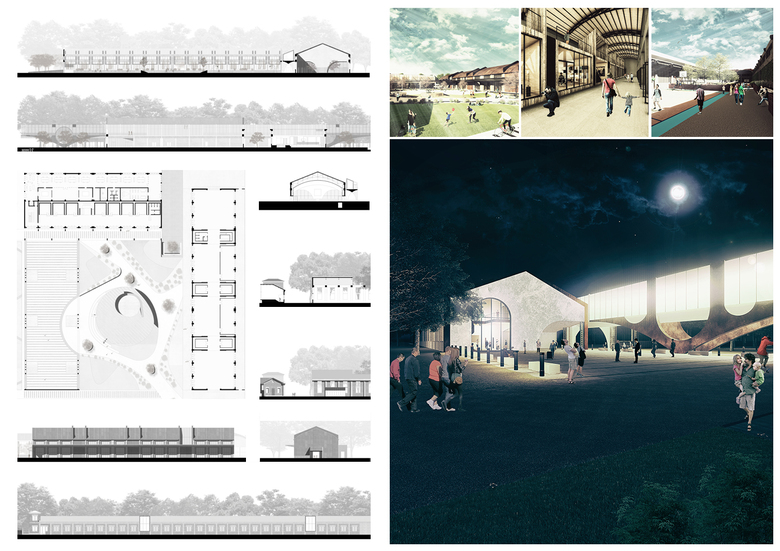 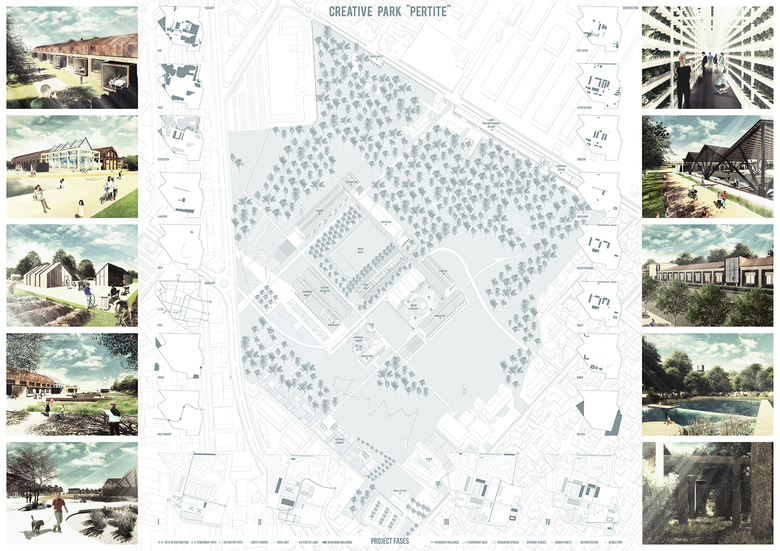 Dialogues between city and landscape

"The empty spaces of the contemporary city are valuable pieces of the urban mosaic in which it is possible to rethink the spatial and temporal relationship between the city and the landscape."

“Pertite” has been identified by the Municipality of Piacenza as a strategic area for the future of our city. Founded at the beginning of 900, as bullets’ and high explosives’ factory, it extends for 28 ha. Most of the area is covered with a spontaneous residual nature that has grown after its disuse and turned the place into an urban forest. It can be considered the green lung of the city, strongly present in the people’s memory, and it contains many military hangars to be requalified.

The project’s aim is to reason concretely upon the possibility to realize, in this transforming area of our city, a future park, as supported by 30.000 people. In Piacenza, the lack of green areas, coupled with the high presence of military places, represents an extraordinary opportunity to rethink a radical ecological change of the urban public spaces and to develop a sustainable view focused on the environmental urban topics.

The future of the cities needs a greater awareness of the role of the nature inside the urban ecosystem. The protection of nature into “Pertite” was a limit and, at the same time, the starting point to maintain and to ensure the biodiversity to the urban scale and to prefigure a view in which the urban landscape become the main actor as common heritage. The proposal aims to redefine the edges of the area in order to connect it with its own context. The requalification of the military heritage represents an opportunity to combine the memory with the contemporary architecture’s and landscape’s vision, which try to change our city’s appearance through the use of the spatial grafts and the addition of strategic and innovative activities.