Atelier(s) Alfonso Femia (AF517) is, from 2017, the new name of 5+1AA. Created by Alfonso Femia with other fellow travelers in 1995, the Atelier(s) explores the world and the human relationships through architecture, dialog and matter, listening, searching and asserting an idea of the project as a dialog tool and the importance to think and imagine the spaces, the architectures and the chronotopic cities.

“Alfonso Femia, is the founder of 5+1 agency in 1995, that became 5+1AA in 2005, and that is transformed into Atelier(s) Alfonso Femia. In 2007, with the creation of the Parisian agency, he develops the project themes in an “atelier” gathering three places characteristic of the identity of Genoa, Milan and Paris, where a multidisciplinay team makes them live like a unique place for project and thought, feeding on the different particularities and experiences of the three cities. The Atelier(s) confront the contemporary in the way they address the relationship between territory, city and architecture, constructing this relationship as a representation of reality. A visionary pragmatism that feeds reality with its own imaginary and believes that the latter can get in touch with reality. The perception and the transformation of reality are the keys to a conception of architecture as both body and idea, at once real and emotional, pragmatic and sensual, acceptable and yet also capable of engendering wonder as a catalyst of new understanding. The research on matter, characteristic of the last projects made in Italy and France, is fundamental in the reassertion of matter as an empathic dimension of architecture when it encounters the ones who live it and occupy the city. Matter wants also generously reassert the importance of a close dialog between all the actors of the project, from the client to the craftsman. The Marseilles Docks are the reflection of the main themes developed by Atelier(s) AF517: the relation between public and private, the project as a place of destination. The dialog as a project tool and the project as a dialog tool are the actions that distinguish the thought of Atelier(s) Femia, believing in the project as an opportunity of encounters and exchanges; that is measured in and with time and that makes the chronotopic dimension one of the objectives of our research.” 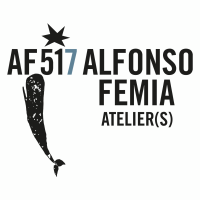