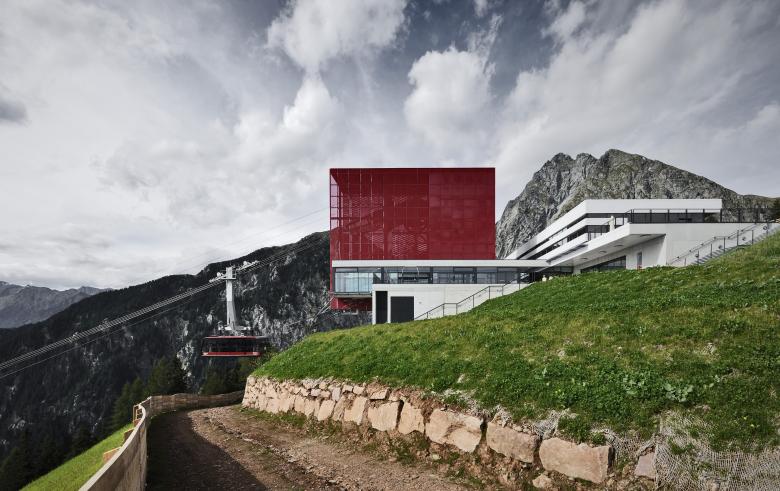 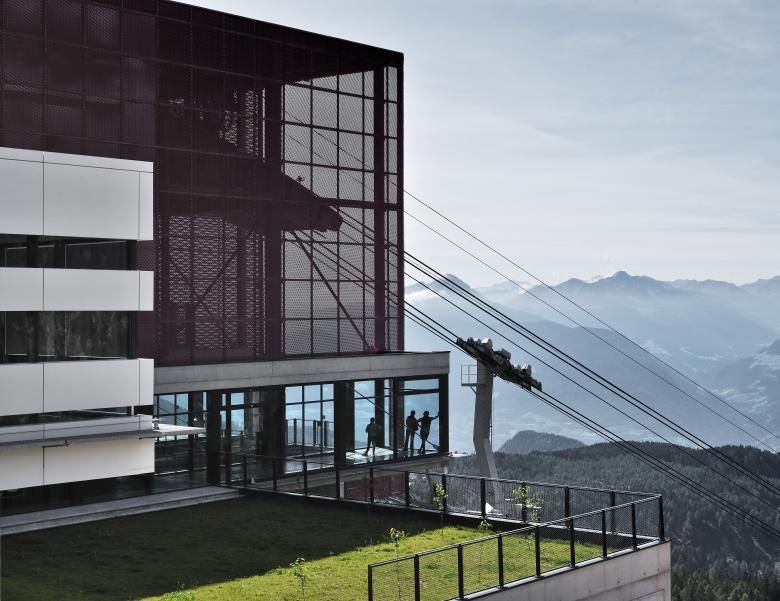 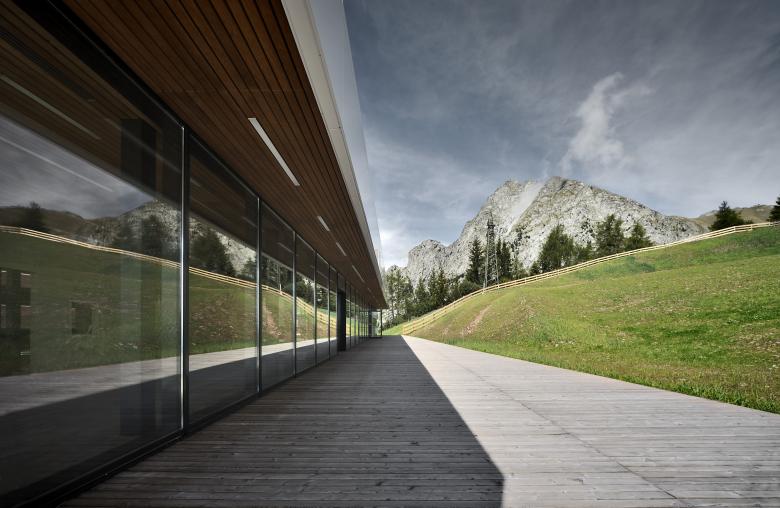 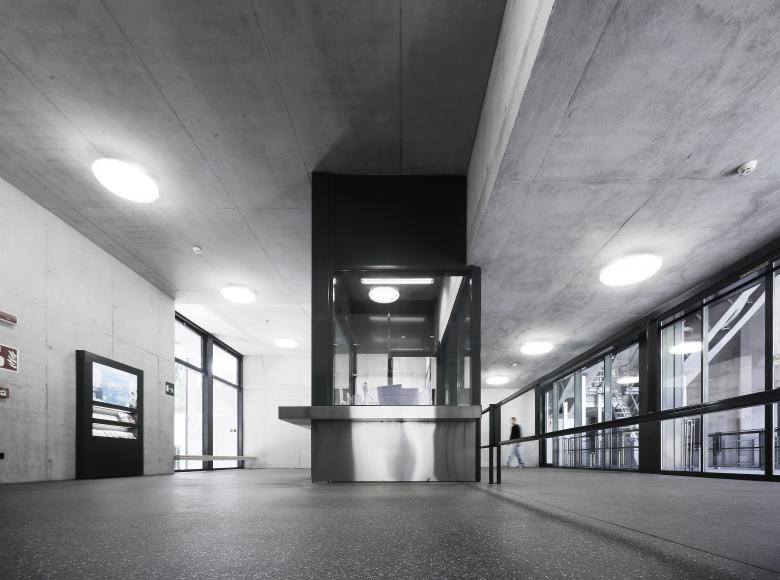 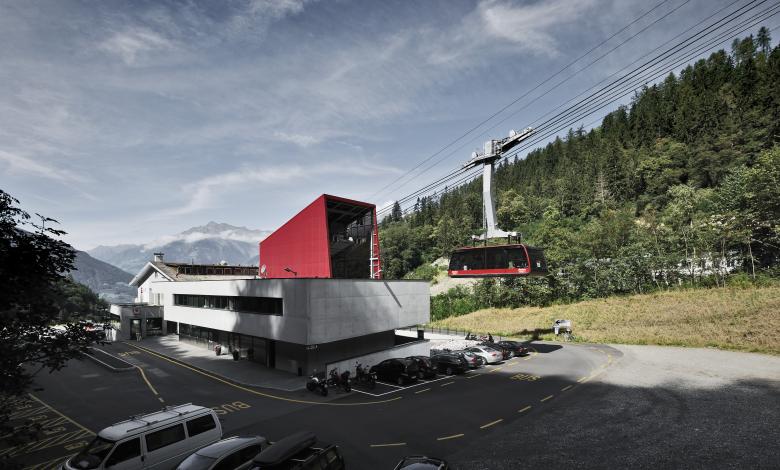 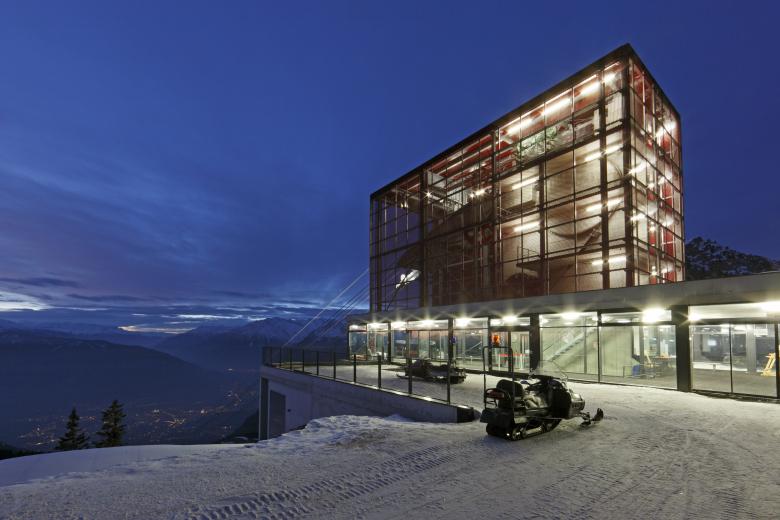 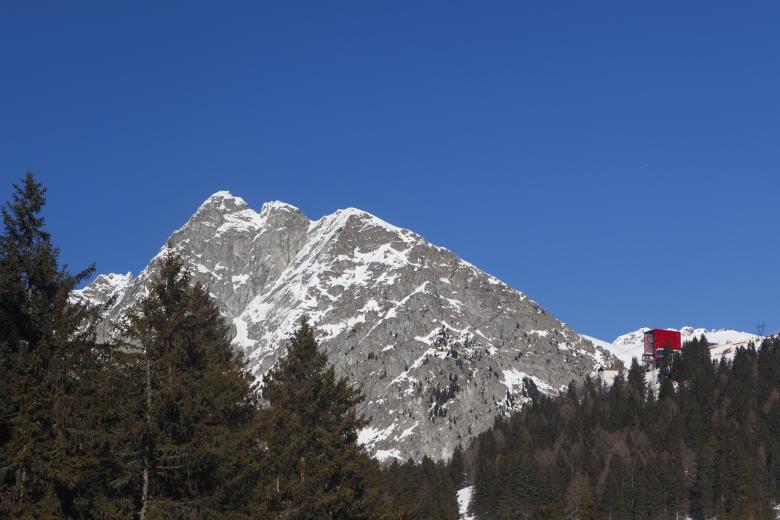 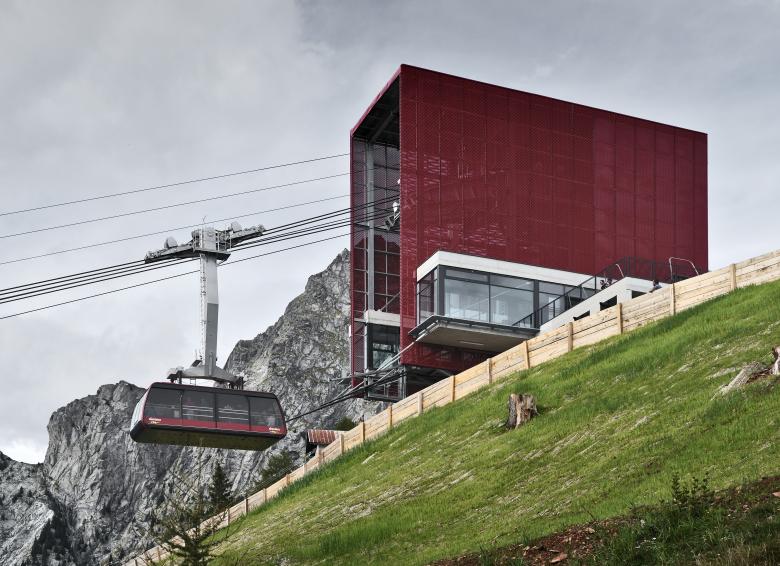 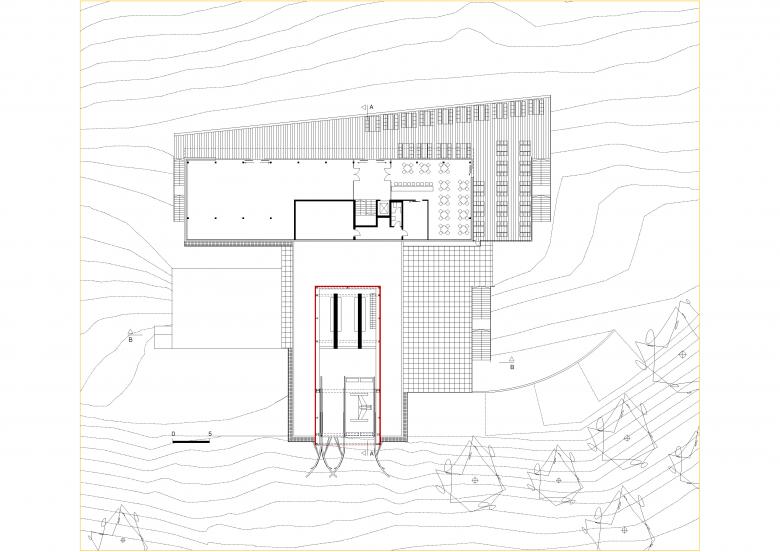 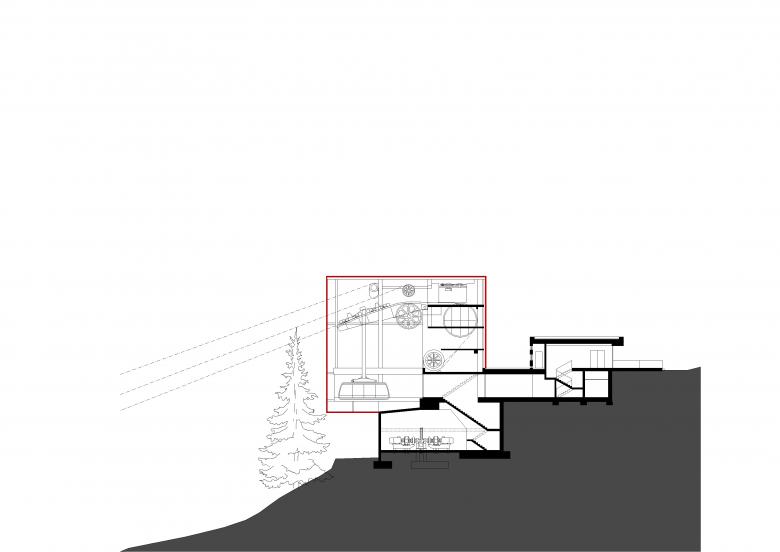 The cable car infrastructure is situated on the margins of Merano and connects the city with the nearby skiing Area of Merano 2000. Autonomous in presence, the design consists of two terminals – one in the valley and one at the summit, both maintain a common architectural language through palette and form. Made transparent through materials and colour, the station’s layout and scheme can be read intuitively by its users. The vibrant red claddings, which confidently protrude from the structures, become an identity-forming address for the company and a striking landmark that provides orientation for mountain sports enthusiasts in both summer and winter. The terminal’s other functions (panoramic cafe, lounge, waiting area, entrance foyer) are arranged throughout the rest of the three-storey station. The graphic slope of the roof communicates a directional connection between the two terminals. Both stations feature a metal cladding that exposes the lift’s mechanical systems. At night, this porous covering allows the terminal to glow and become an illuminated focal point in the landscape.