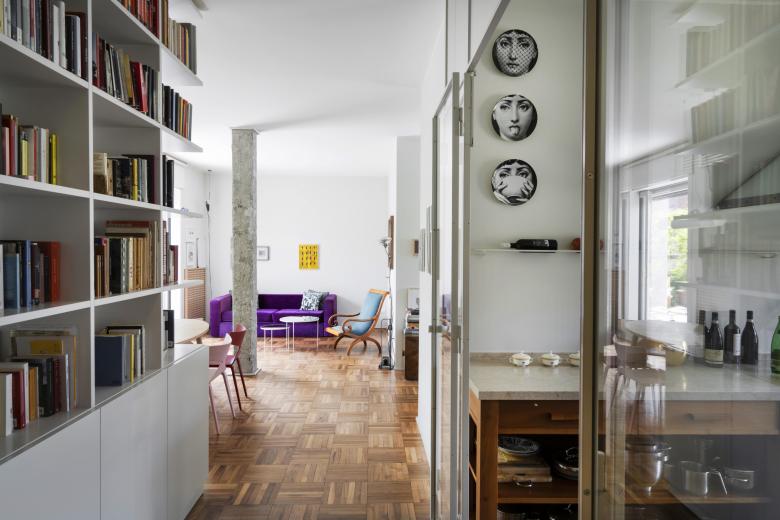 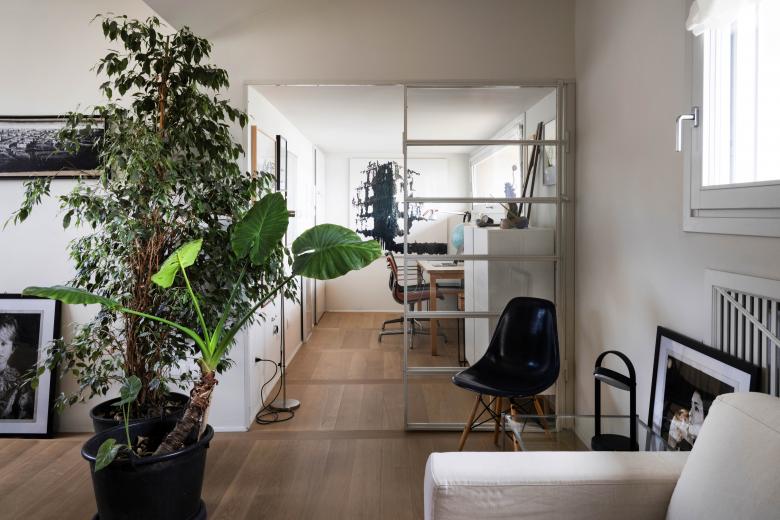 The apartment is situated on the highest floor of a 1938 building designed by Piero Portaluppi as his family residence, located in Milan’s Sant Ambrogio neighborhood. In contrast with the articulated ground floor where Portaluppi’s studio was housed, the layout of the the residences was traditional, with a central corridor the divided the service and living areas into two distinct areas. The fifth floor apartment flanks a 25 sqm street-facing terrace, which runs the entire length of the apartment. The intervention aims at enhancing the permeability of the space, with an open plan that optimizes natural light from the large windows on both the interior and street-facing facade. The internal corridor partitions are broken down in order to generate a double-exposed living and kitchen area, with physical and visual continuity between inside and outside, accentuated by the new sliding doors that lead to terrace.