The New Square of Cascina Lampo 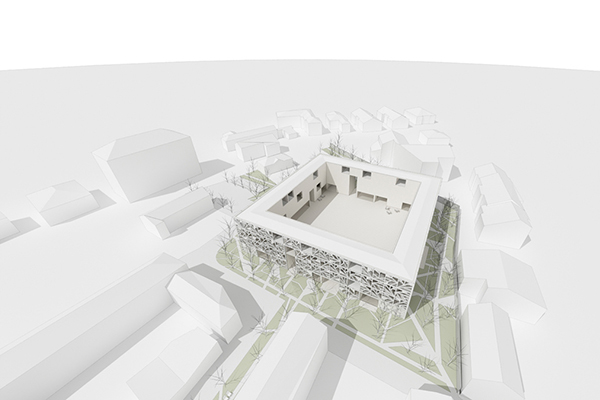 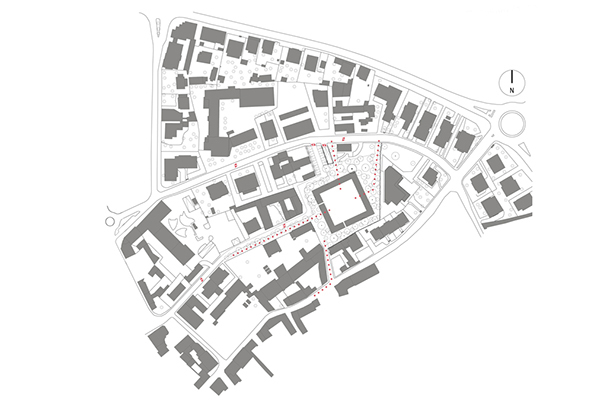 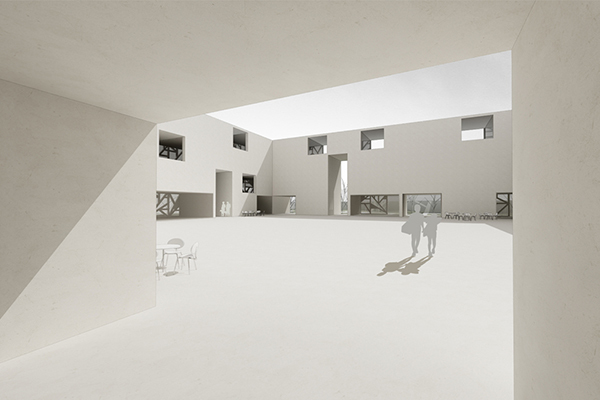 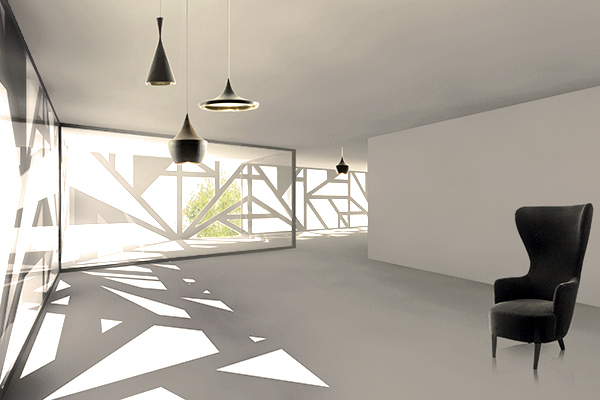 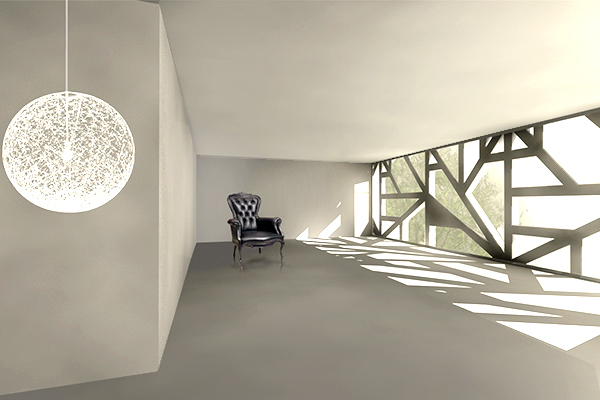 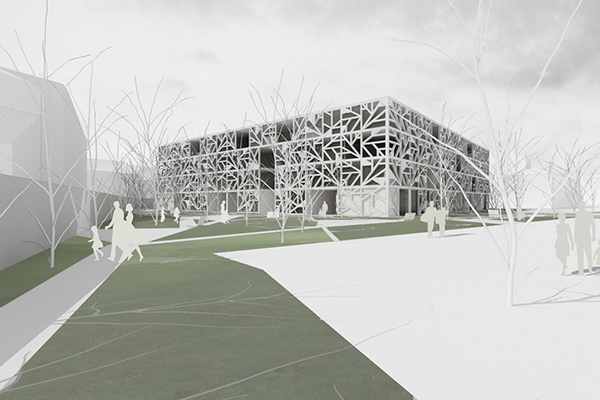 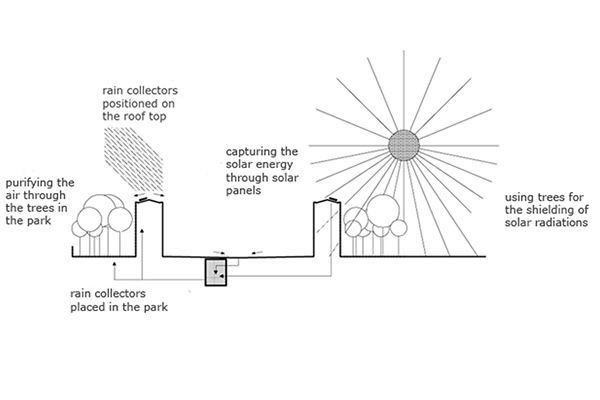 Object of the contest: offering new functions to a central area used as underground parking and situated in an urban area fragmented by rural insertions and building a harmonious relationship between it and the town's old square.

The concept starts from the need to define a public space in a mixed urban area. The approach was suggested by the town's old urban area characterized by interior gardens and a gradual intimacy of open spaces.

The proposed building takes the shape of a WALL which creates an urban square to its interior and opens up towards the city to the exterior through a sensorial and psychological filter (a birch forest), accommodating also several apartments in its width. The apartments are positioned mainly towards the park, but communicate with the square through loggias that penetrate the entire length of the wall. On the ground floor one may find commercial and services areas with double opening: towards the square and the park.

The park is extended on the facade, thus becoming part of the structure and carrying an environmental function: purifying the air and shielding the solar radiation.

SYAA received the 2nd place for this proposal.

The headquarters of the National Arts University (UNA)

The New Kuwait Embassy in Bucharest