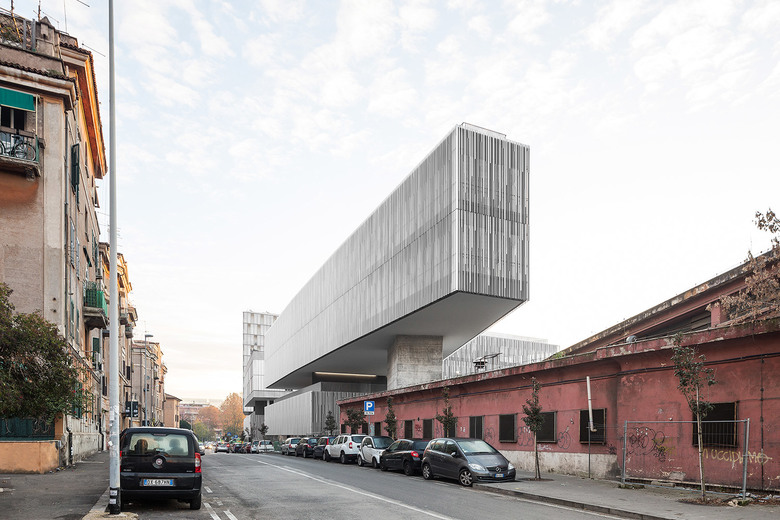 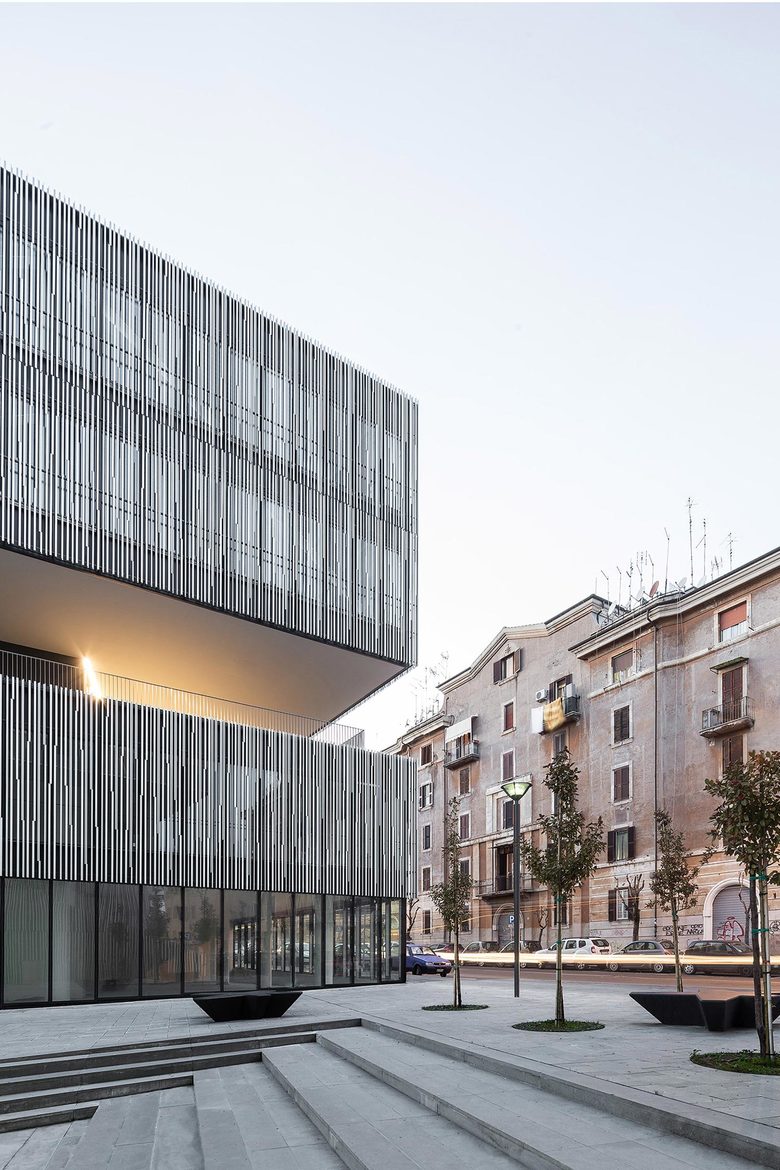 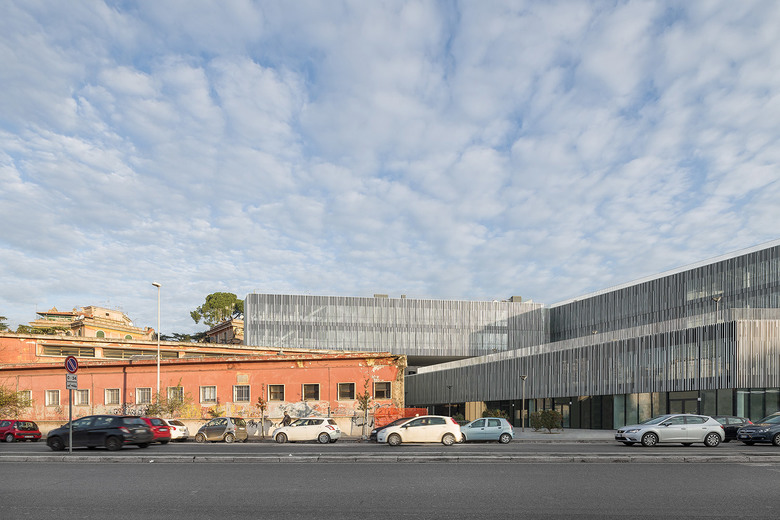 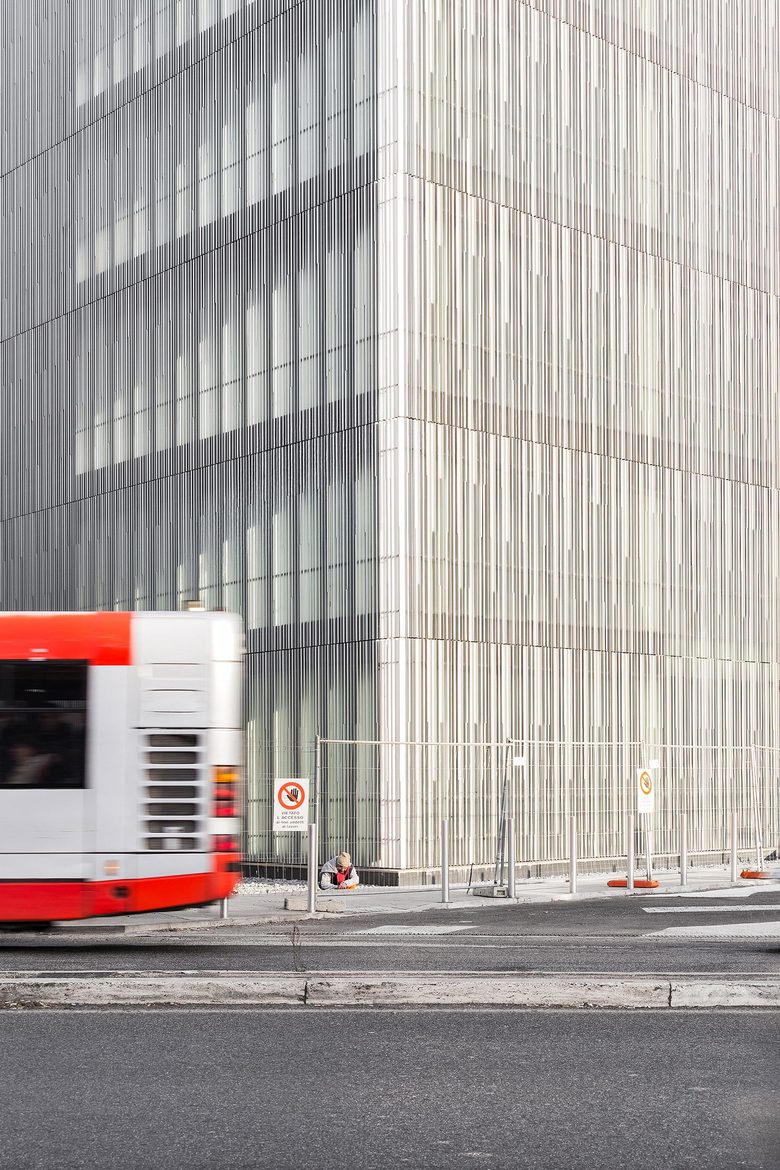 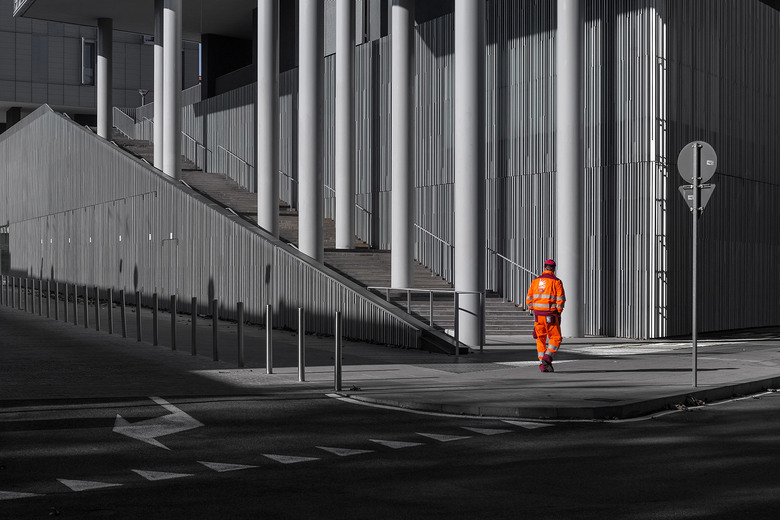 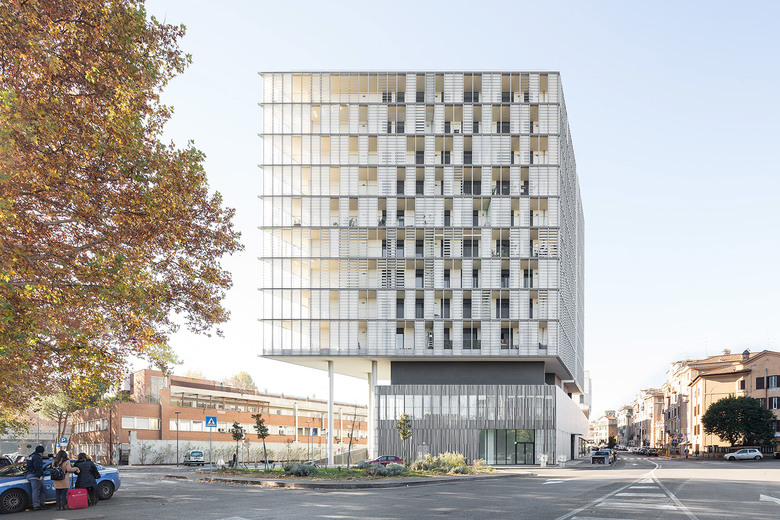 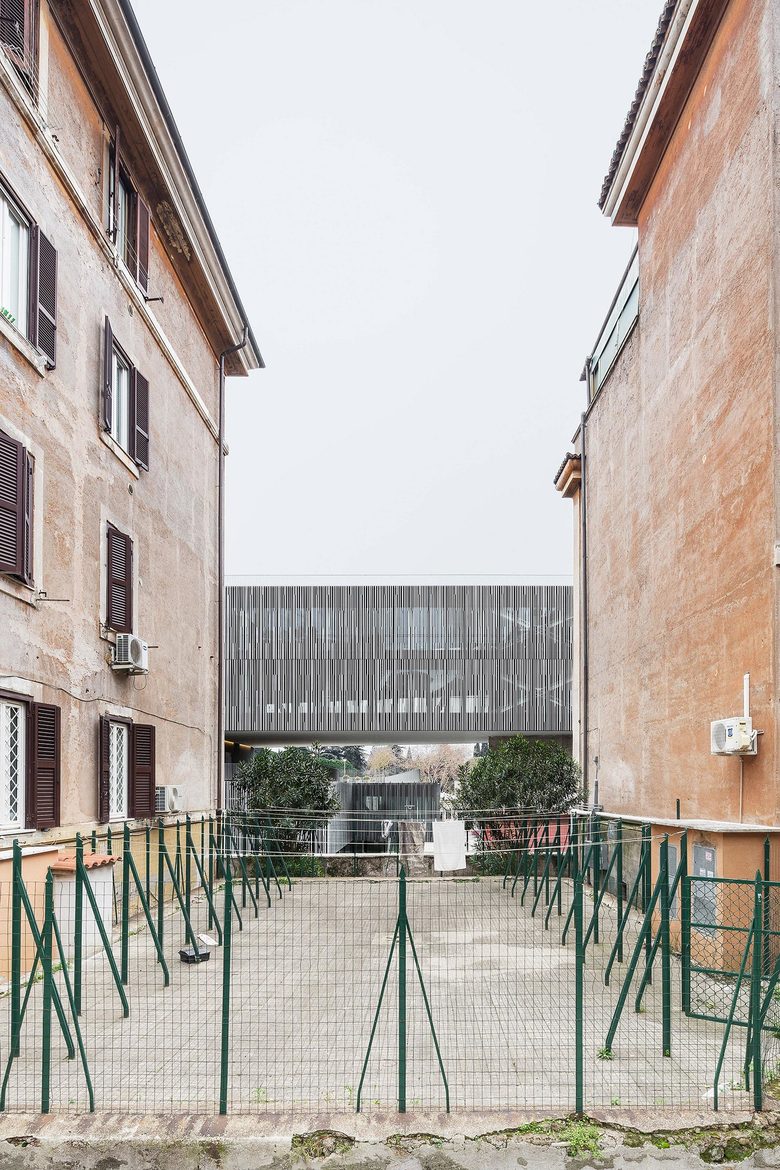 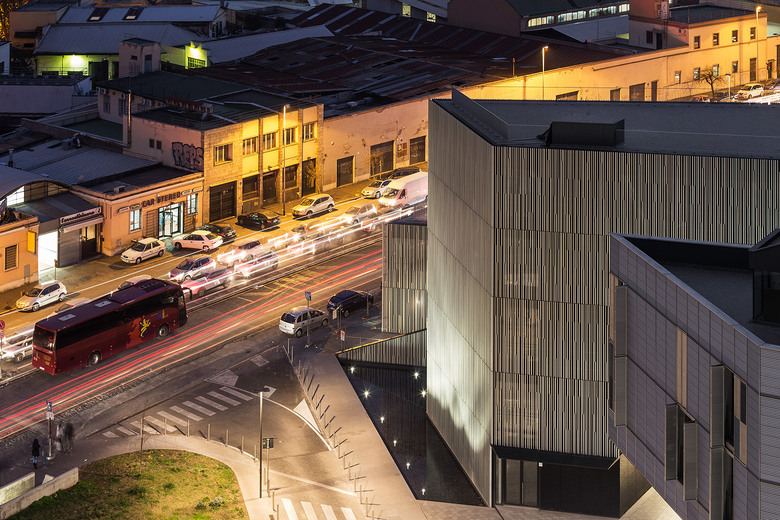 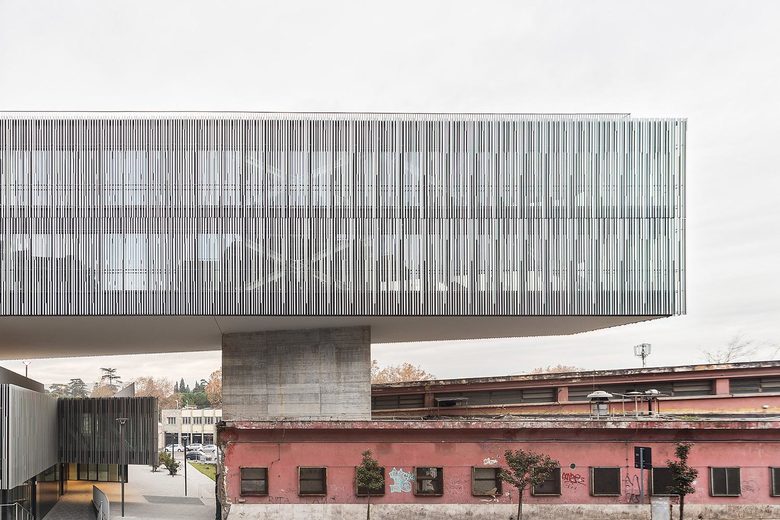 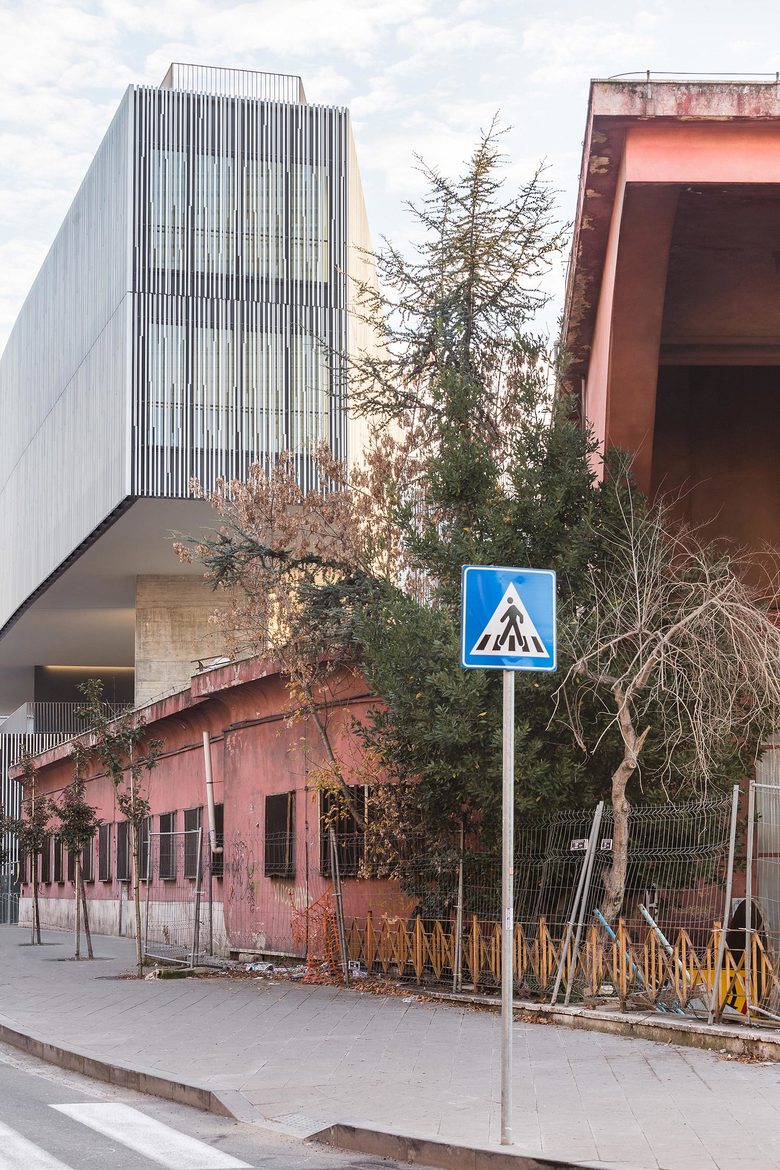 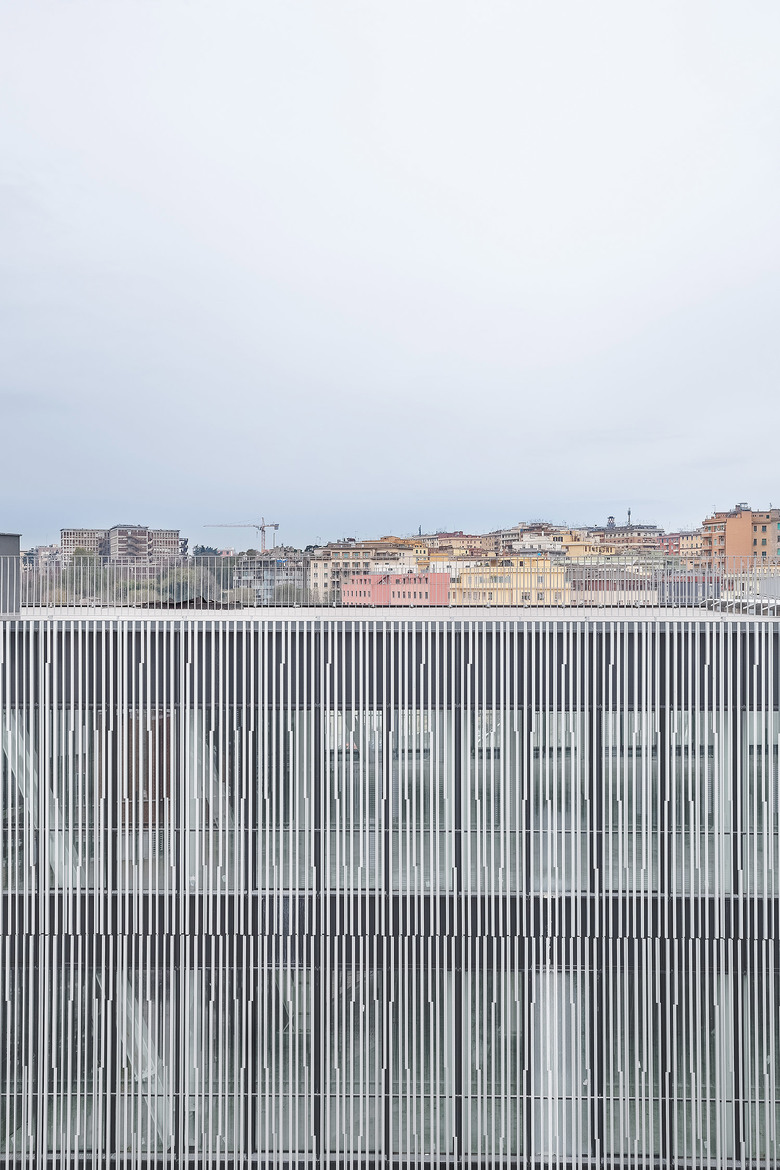 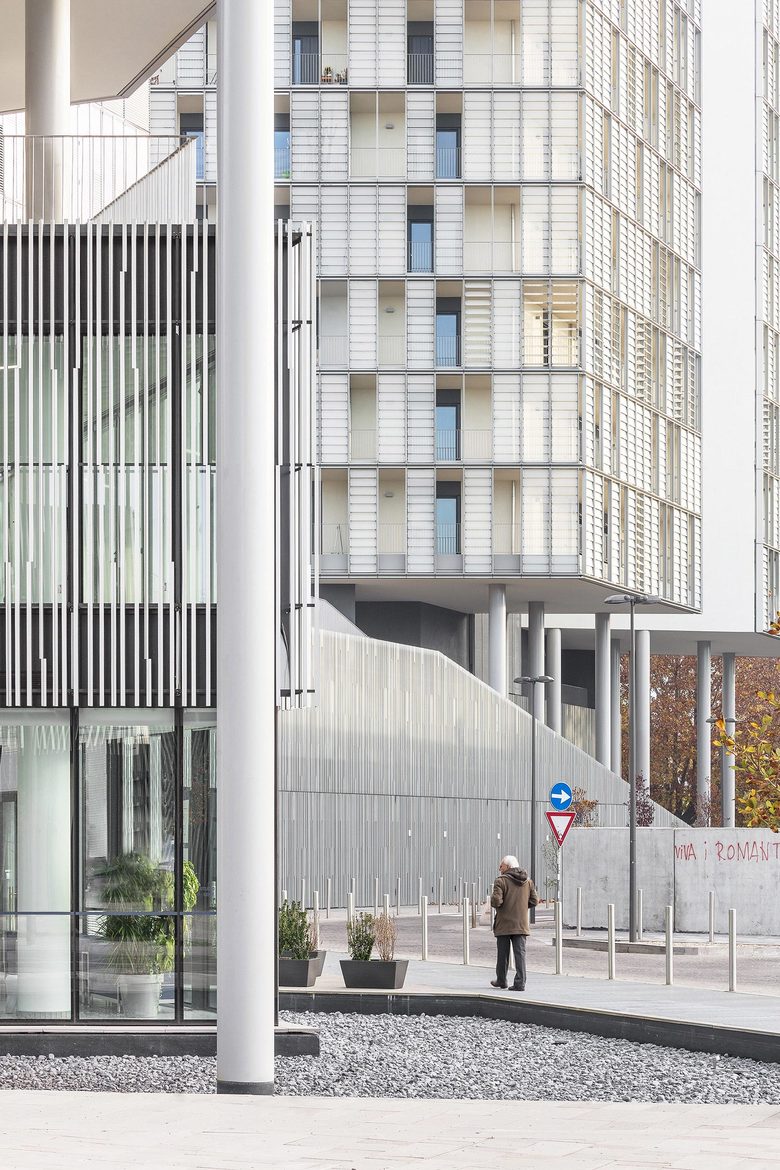 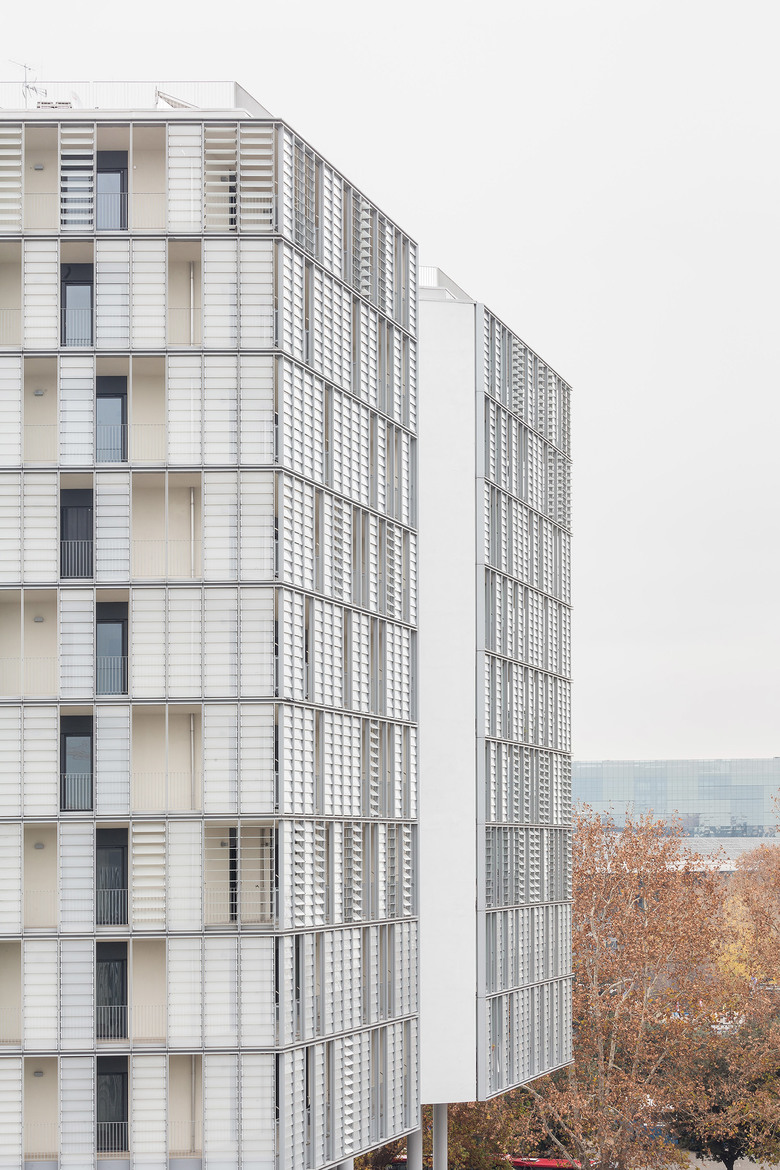 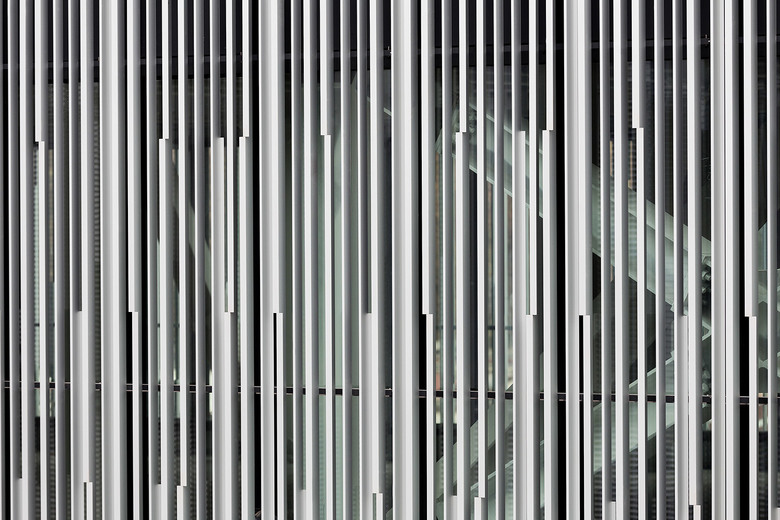 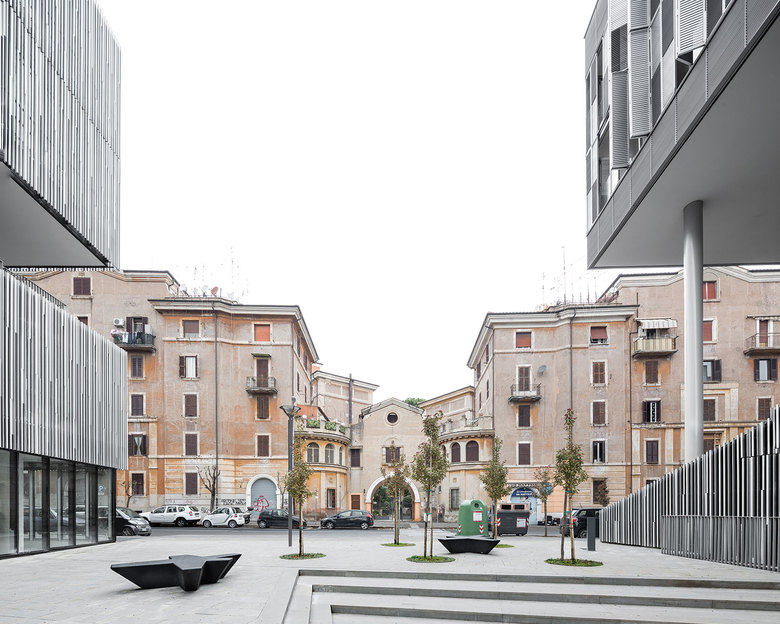 Winning competition entry for the redevelopment of an urban area, including the transformation of an existing bus depot to integrate a mixture of uses including office, retail space and residential units.
This project is part of the Municipality of Rome’s initiative to redevelop a number of transport depots within the city in conjunction with local public transport authority ATAC. It involves the regeneration of a neighbourhood with a weak identity but with good growth potential due to its location at the edge of the city centre. Labics’ aim therefore was to create a new centre for the local community, but also to increase its profile as a place of transition with privileged access to the city centre.

The development of the site has been designed to be porous, allowing good access to and from the site, encouraging the flow of people and demonstrating Labics’ philosophy that cities should be built around systems rather than as a series of objects. Public realm space is not seen as residual but is fully integrated with the built elements – so, for example, the basement space becomes the load-bearing structure for high level walkways as well as a pathway in itself. This creates a complex public space, rich in experience.

The project is articulated over different levels, with commercial activities and the public library at ground level, offices on the first floor and public spaces on top of those. Three buildings are suspended above this public area – one containing more offices and the other two for residential use. The residential buildings contrast in terms of their typology and external treatment. The first is a tower containing small and medium-sized flats, partially enclosed with a horizontal glass brise soleil. The second ‘villa’ building contains luxury duplex apartments and is clad with aluminium panels that provide flexible, adjustable sun shading and a playful, ever-changing envelope.