A City of Opportunities 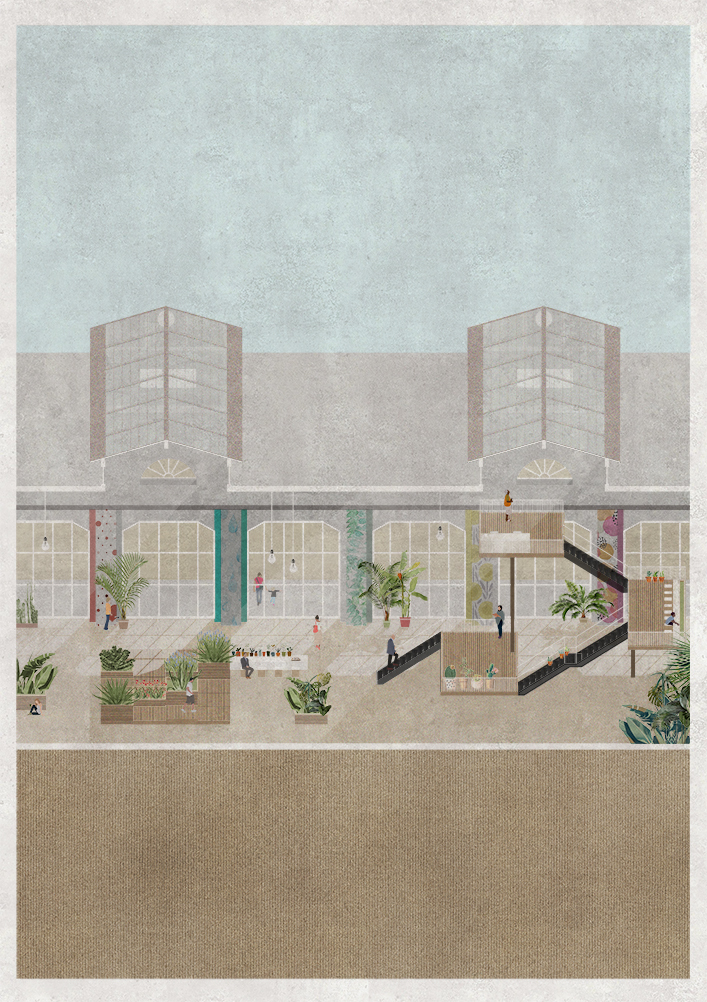 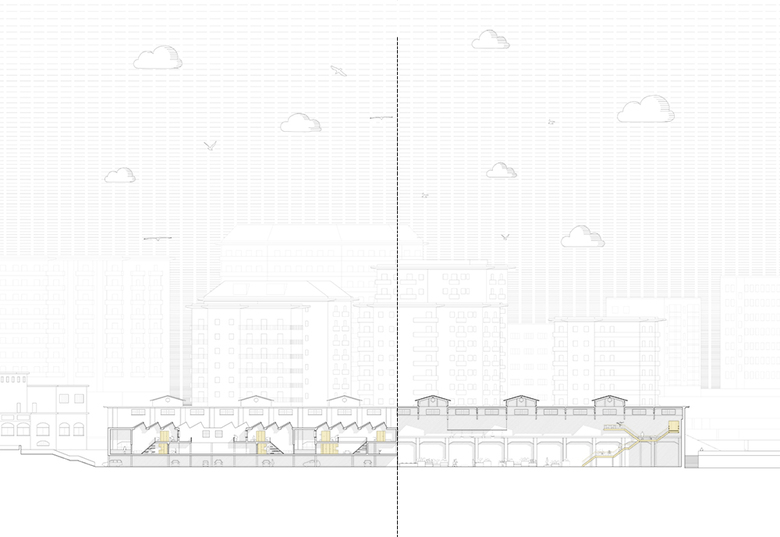 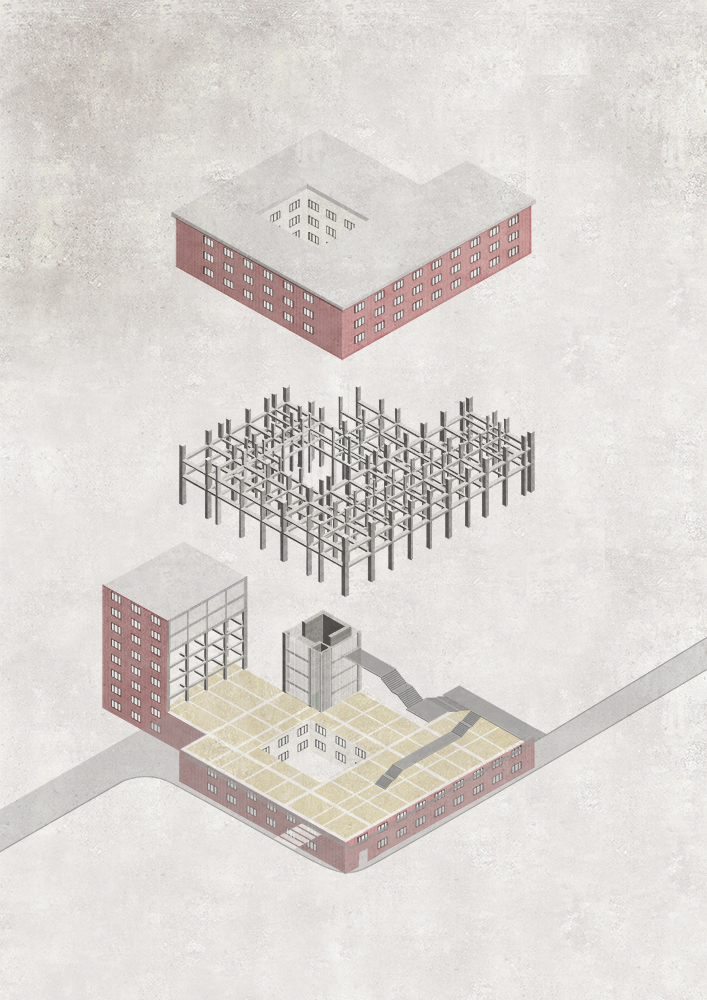 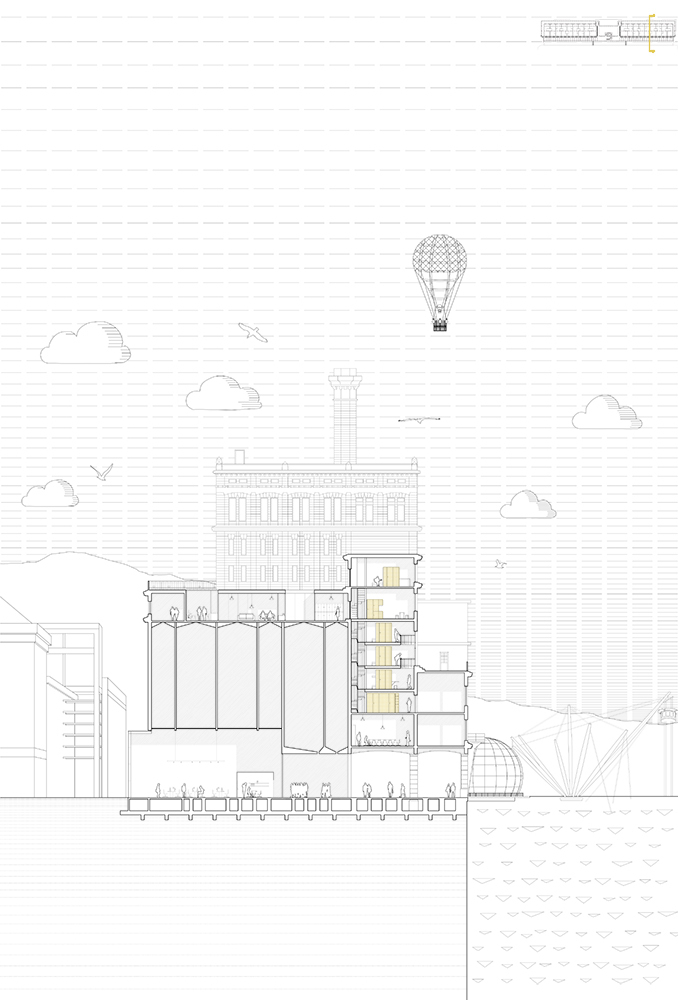 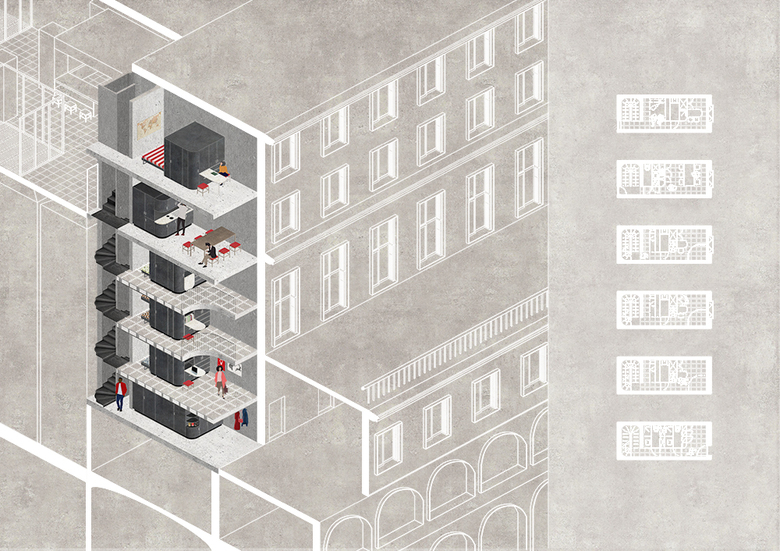 Opening Up to Refugees as a Trigger of Urban Regeneration

“A City of Opportunities aims to show how good design can help improve certain social conditions such as the refugees welcoming process. The specific guidelines emerged from an earlier research have made possible to develop an urban project -including social housings gathering spaces and furniture- that triggers the integration of asylum seekers."
Genoa is not only the city where we lived for six years, but it also is an important harbor and primary destination for migrants. As demonstrated by the migrant crisis of the past few years, the Italian welcoming system was not prepared and structured enough for such an increment of the migratory flows. The city was unable to react to the increased new coming, finding itself without suitable spaces reserved to asylum seeker. For this reason, Genoa is the chosen project site. In particular, debate instead of increasing the already high building density in the Genoese context, the design involves three existing buildings that are both unresolved places and topic of local debates.

As architects, we must be able to answer to controversial challenges: as stated by UNHCR, the migration crisis that affected the Italian peninsula in the past few years represents a global emergency. The willingness of playing a part in trying to solve this problem led us to research and analyse the literature on this topic. Consequently, “A City of Opportunities” is a thesis that embraces several disciplines involved in the architecture field. Moreover, it highlights how architecture and urban design are able to determine a positive change in social issues; for instance, they can facilitate the problematic process of integration of asylum seekers.  First, a sociological research has been conducted in order to identify statistics and fundamental data on migratory flows and the Italian welcoming system. Thanks to the information retrieved, specific guidelines for the design process have been detected.

The project involves three existing buildings that share common characteristics and act like urban triggers; all of them are abandoned and work on a physical limit. Together, they develop an urban system that crosses the city of Genoa from north to south. Those buildings represent the main features of the regeneration process discussed above; they are refurbished with facilities useful for both the city and the refugees. Some examples are shared apartments, gathering ad co-working places and a day hospital. At the same time, the areas where they are located take benefit from the restoration action. The result is “A city of Opportunities”, in this specific case the city of Genoa, a place where people can think of immigration as a resource rather than as a problem.