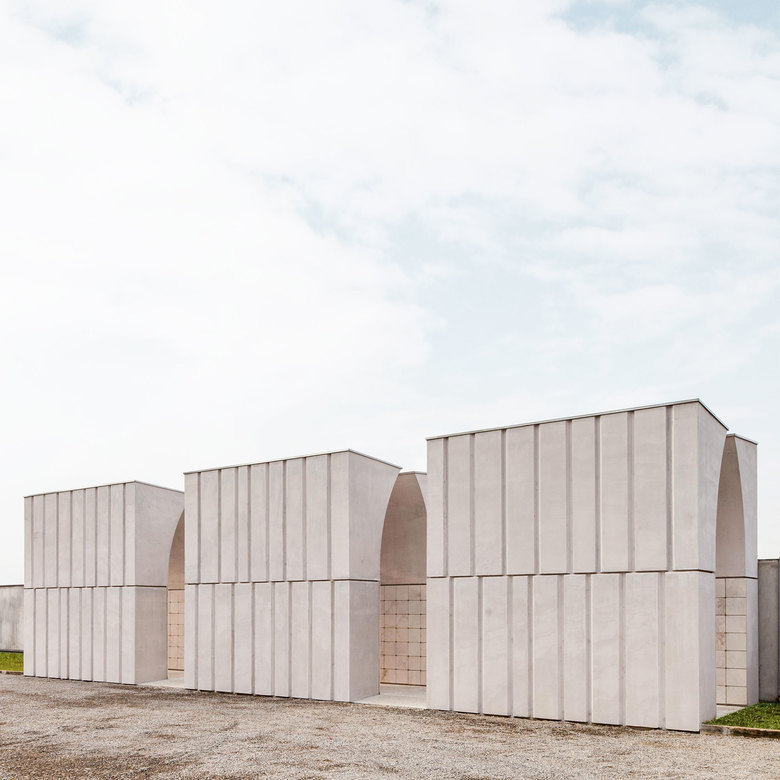 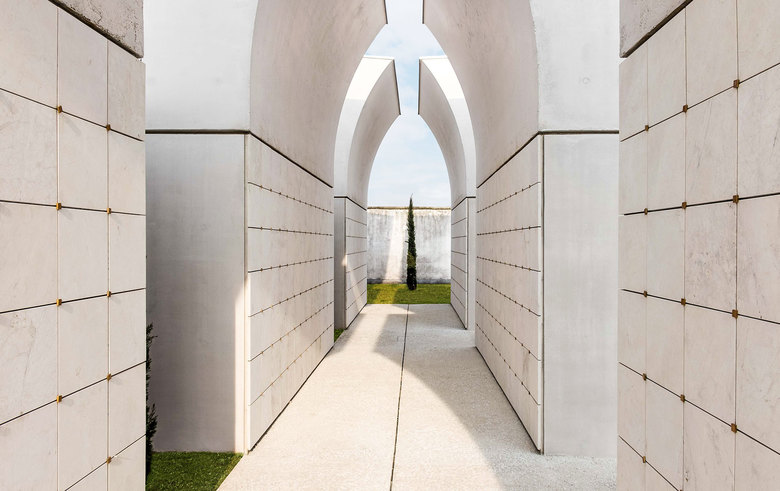 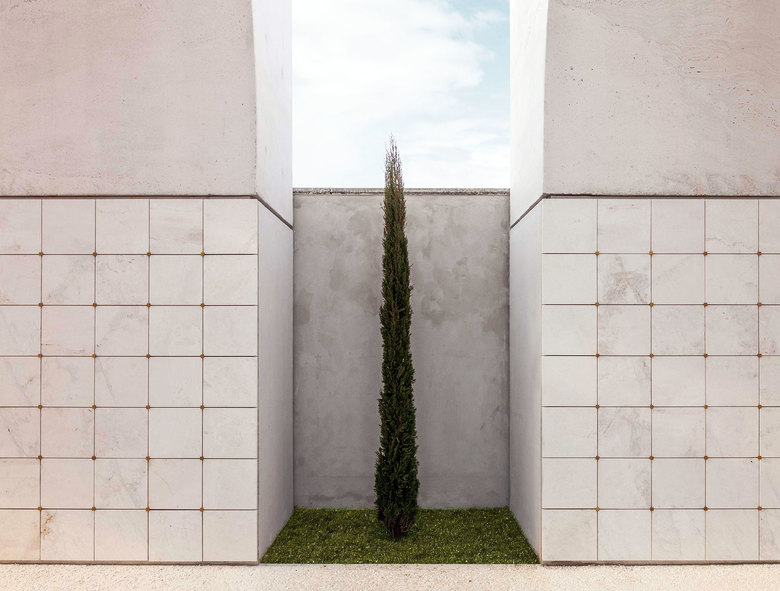 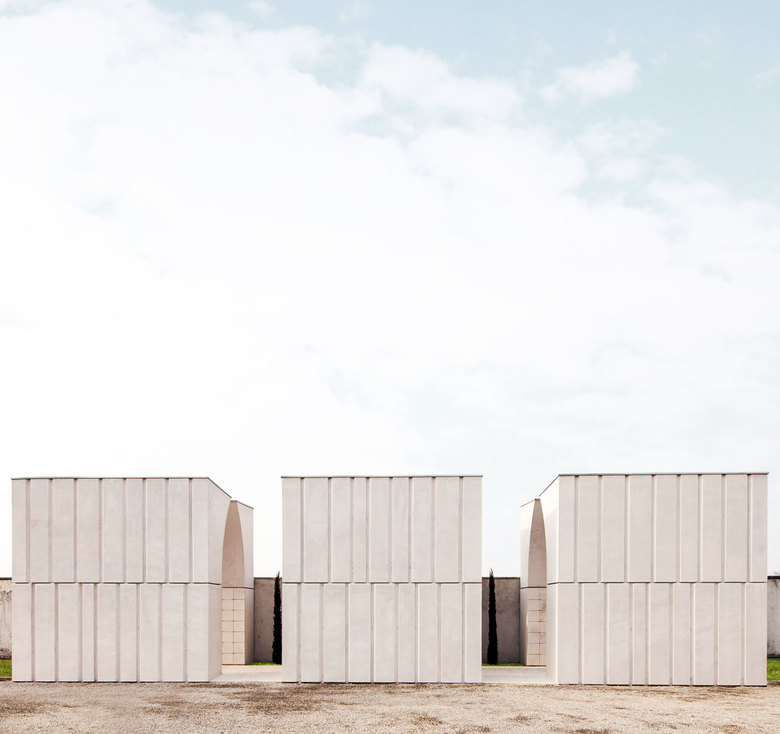 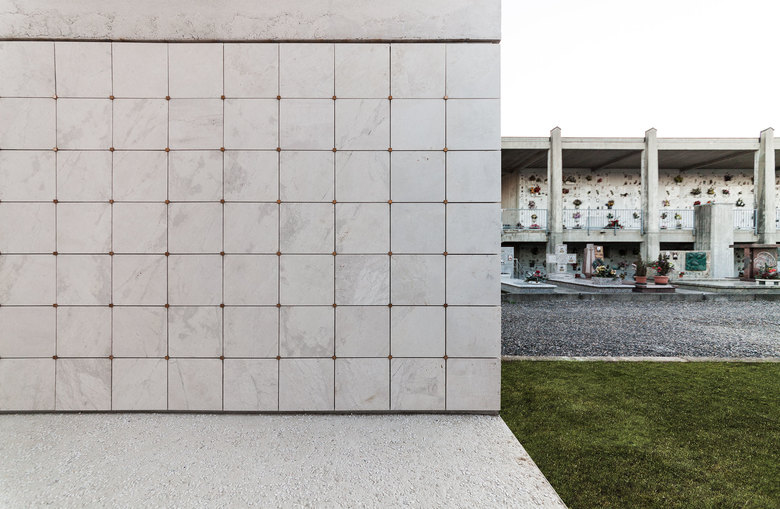 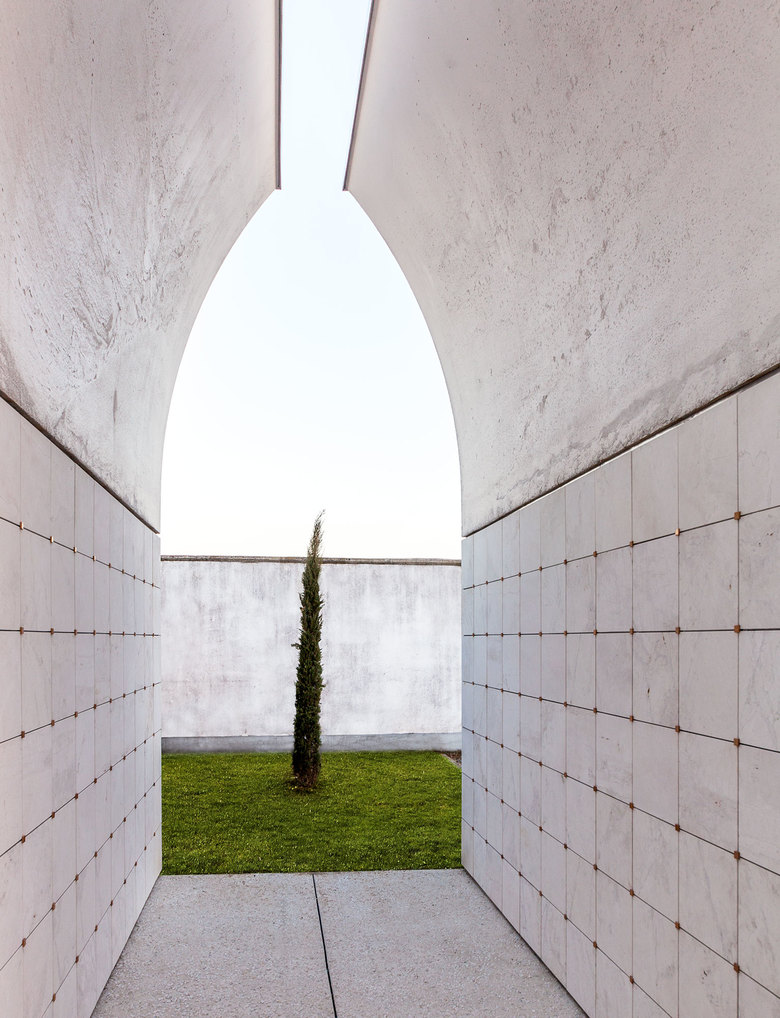 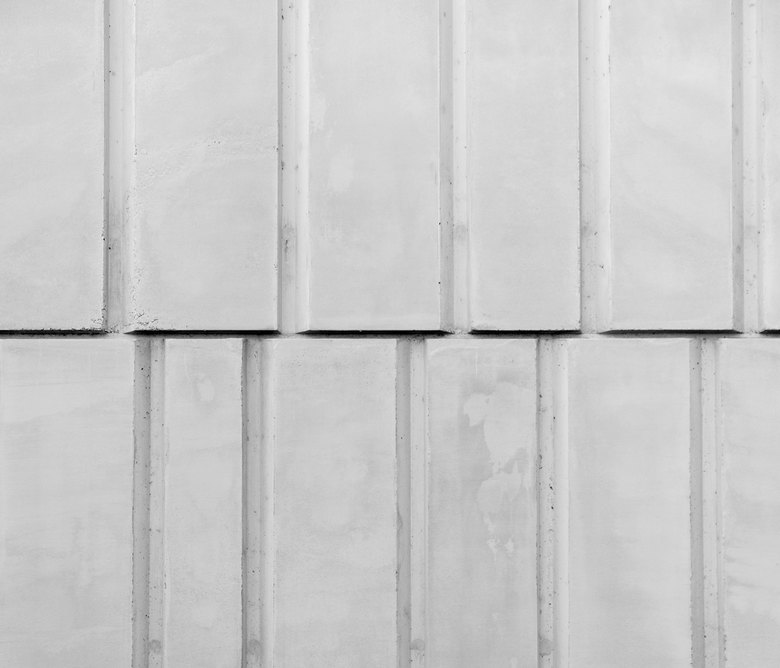 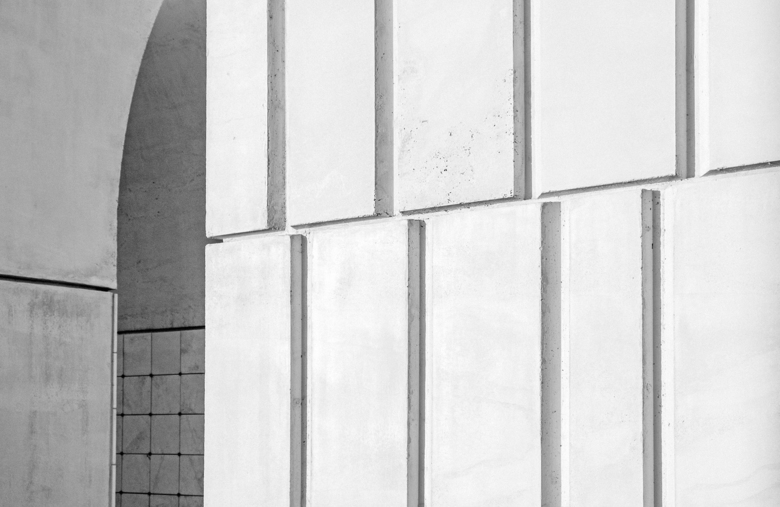 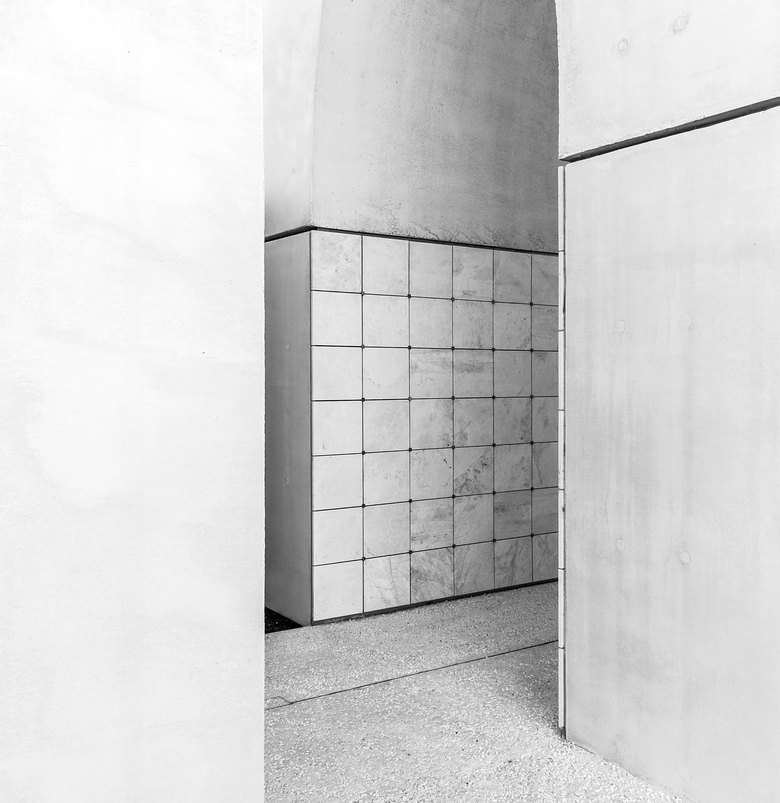 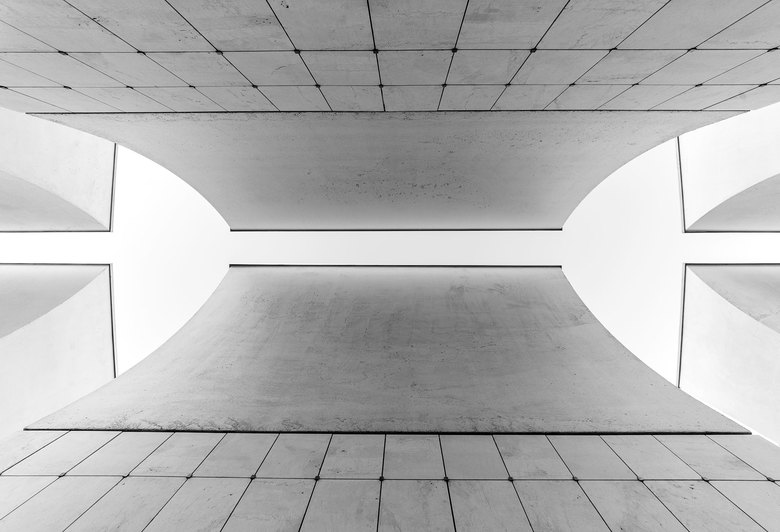 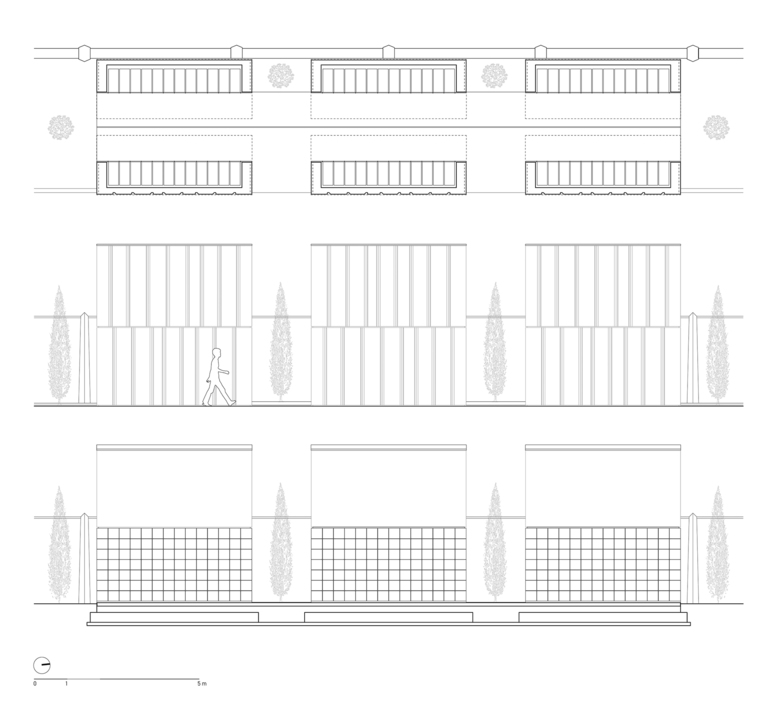 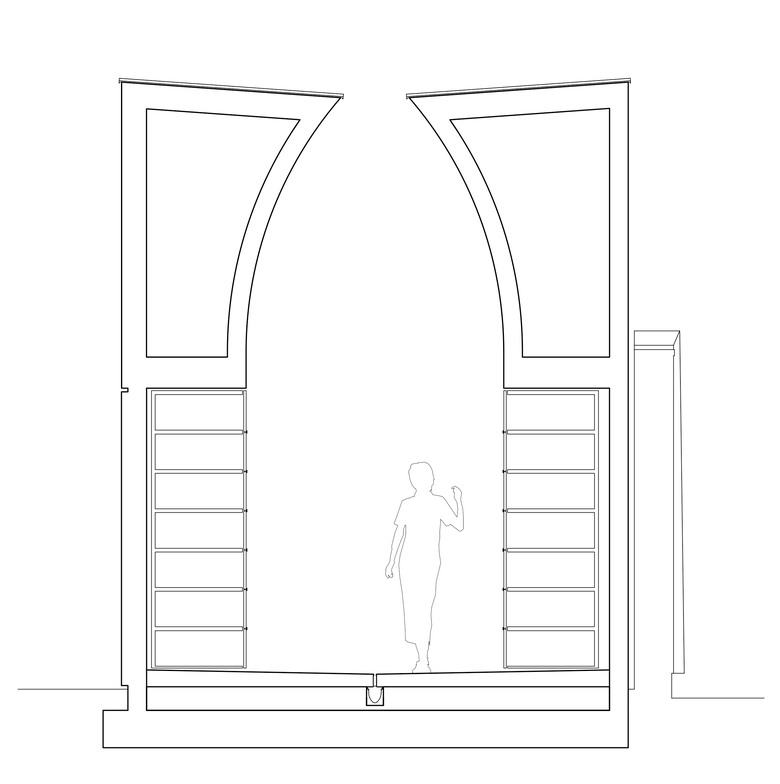 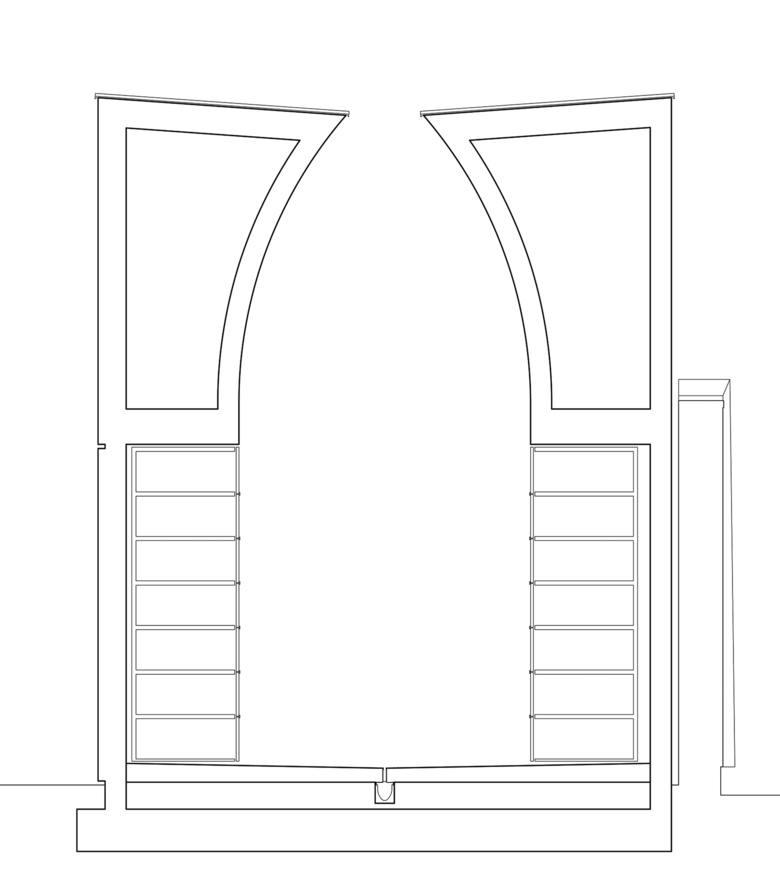 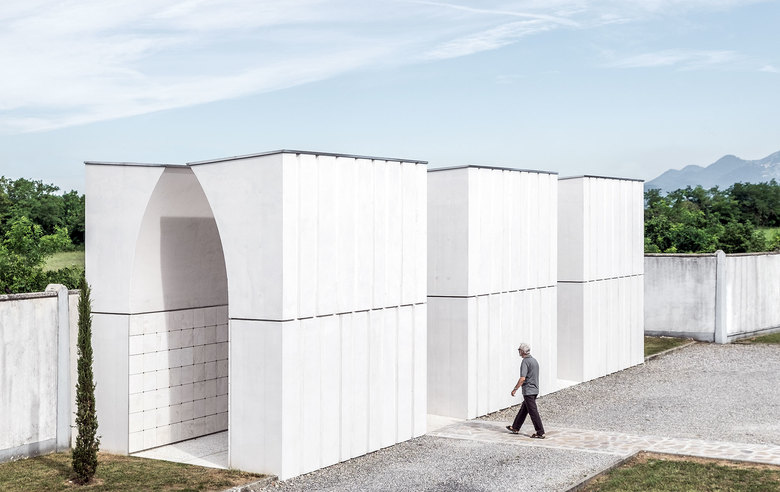 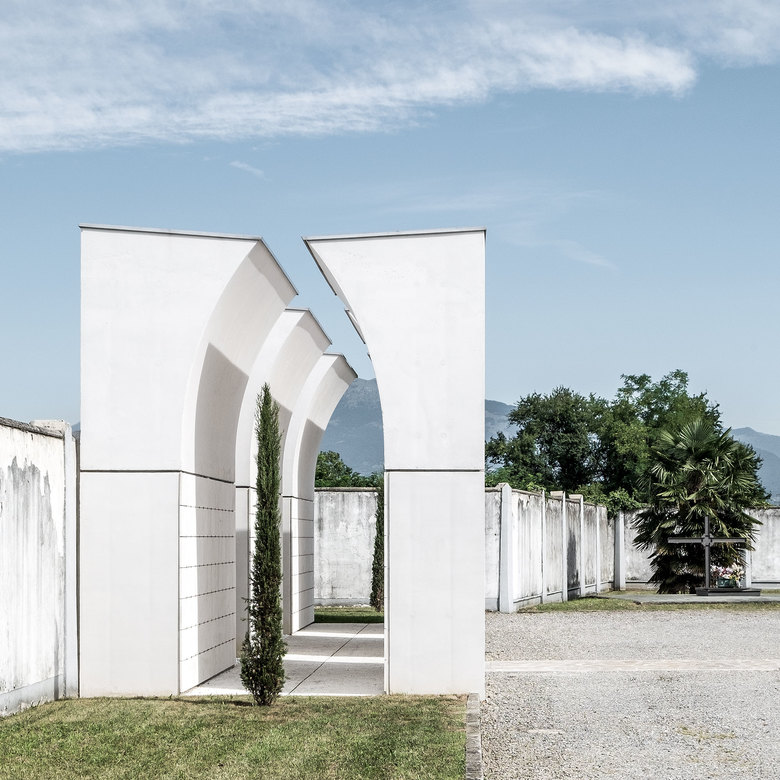 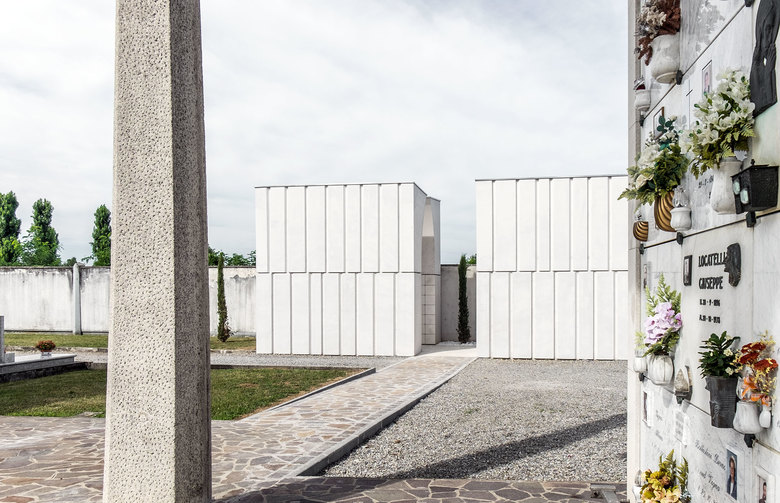 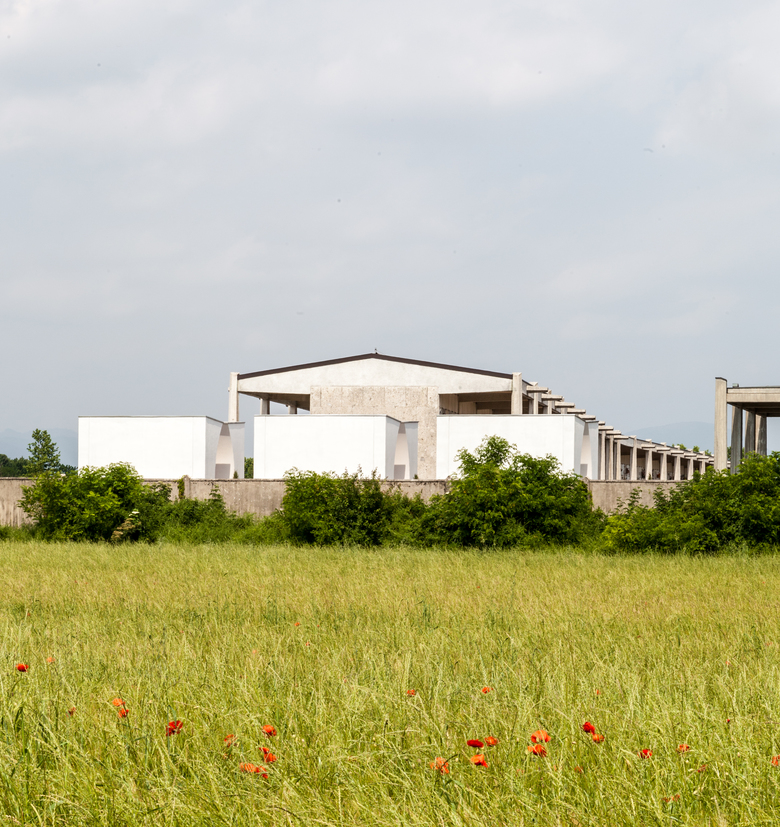 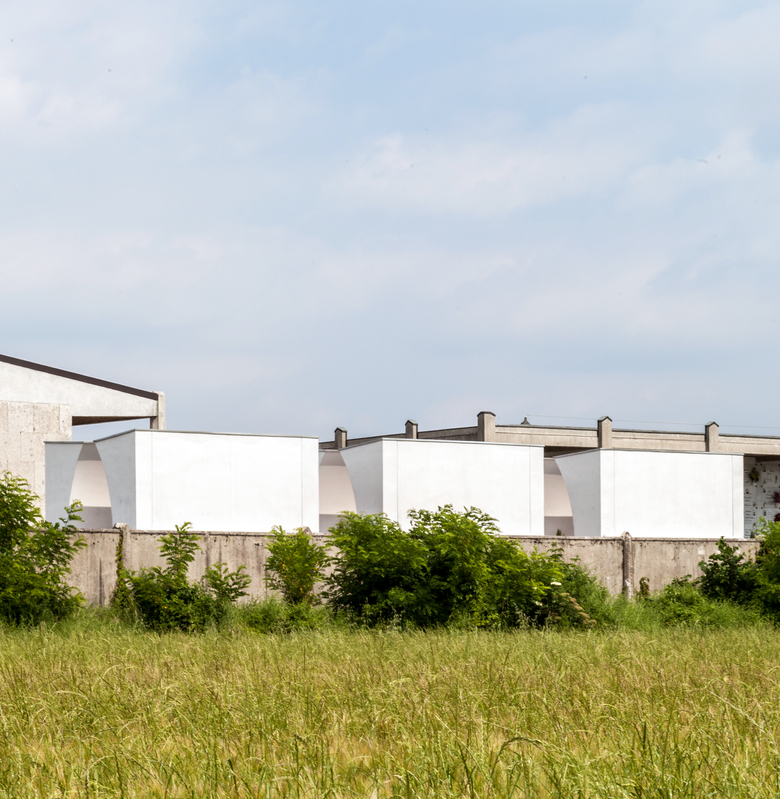 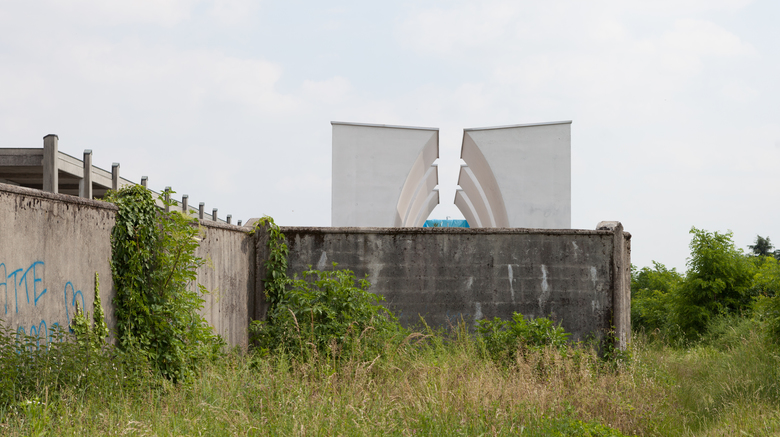 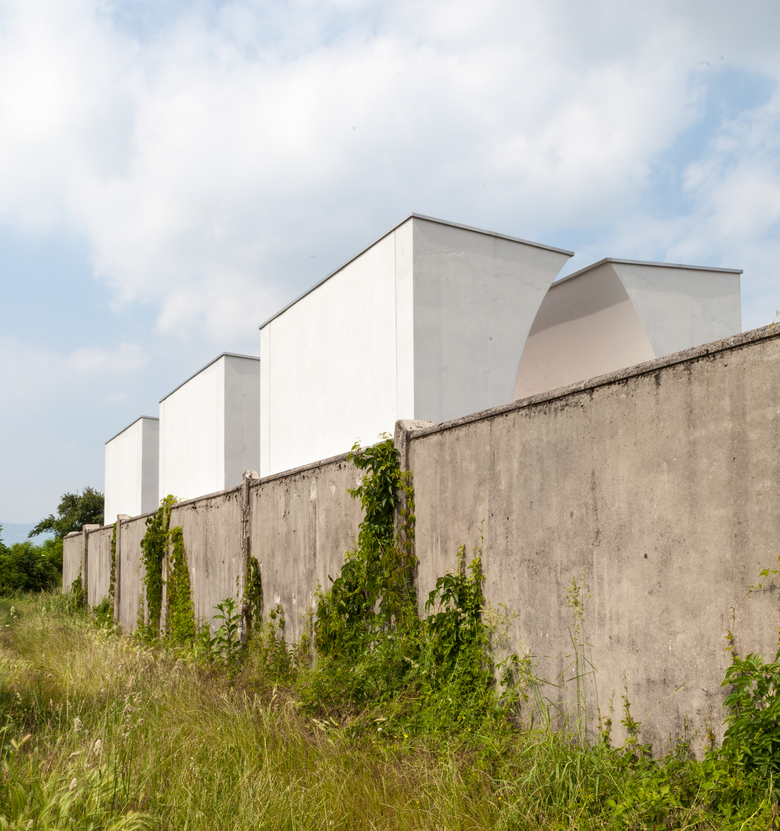 The municipality of Dalmine, a city of 25.000 inhabitans in the north of Italy, had the necessity to increase the main cemetery with a new pavilion to host 500 niches for ossaries and cinenary urns.
The new pavilion is different respect the traditional tipology, that is usually made up with a colonnade open on the big central space of the cemetery, in fact the new building is made with three repeat blocks on the west side of the cemetery.
The new blocks are comparable to the near family chapels for dimensions, but are very different for language and the materials. They are characterized by an essential and minimal image, where nature and artifice merge theirselfe in one space inhabited by the light.
These monomaterics blocks made with white concrete and marble of Zandobbio are an expression of a simple language that looks for rapresent the deep sense of the building that is the memory, the relationship between life and death, causing a mood suspended in an inaccessible sacral dimension. The variety of the season affects to the perception external of the time, in contrast the mineral fixity of the internal walls, guardians of the memory of the care people. The people entrances throught the empty spaces between the volumes, in continuity with the internal path that crosses and collegues the blocks. The new ensemble is in contrast with the big extension of the cemetery in order to create a collected, protected and measured place where the people can find a more intimate and quiet dimension.
The three blocks define an unitarian and serial system, which can be repeated infinitely. The simple extrusion of the cross section origines the composition. It is a big portal where the lower part is defined by the cells, while the higher one concludes with a broken arc open to the sky. The blocks show themselves to the cemetery in their pure geometric stereometry of white cubes with vertical cuts, the only element of decoration and preciousness. The blocks are ambients cold and open. The sun and the rain go down in the space without filters, however the walls are protected by the generous curve of the section.

In these sense the container and the content overlap theirselves in a game of references where the gravity of the matter contrasts with the lightness of the spirit.