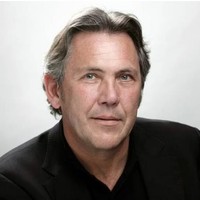 His idiosyncratic Vita has made it to the entrepreneur who he is today. Timmler comes from a native merchant family in Cologne. Service-oriented he was already in his youth as an athlete. But even rebellious against the Capitalis-mus and against nuclear power plants. For others, the criticism of the Establish-ment may have been only one episode before they turned to a classical career. But for Siegfried Timmler the search had just begun for new values for individual guidance only.

Through his friendship with the architect Erich Schneider-Wessling he encountered as a young man on Denkan Phrases that corresponded with his own Weltan-intuition. Ecological-cal design and air conditioning by external sun protection, use of natural light and greenery - these were fascinating-ideas for him. This was followed by foreign travel. To Israel, where he met the desert climate adapted new developments. Thereafter, Central and North America: Main station here was Los Angeles, where Timmler lived with the family of Richard Neutra. This had to be connected with its concept, interior and exterior, gained international fame.

Back home in Germany studied Siegfried Timmler in Cologne business and took over his father's business in parallel. Originally specializing in rust systems, he expanded the portfolio. And put on new technolo gies-LED as an energy saving light source. Climate on water-borne systems, smoother and more comfortable for the user process as cooling by cold air. Meanwhile TTC is an industry known synonym for resource saving solutions. Solutions, and this is also Timm Jewellers claim, consistently emphasize the aesthetic character of a building.