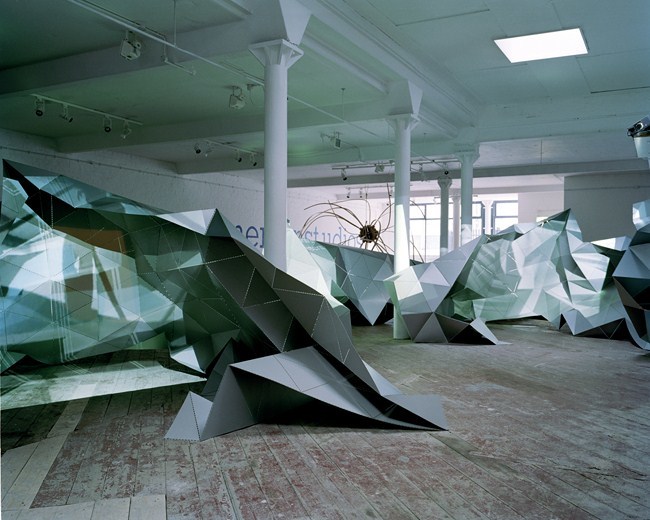 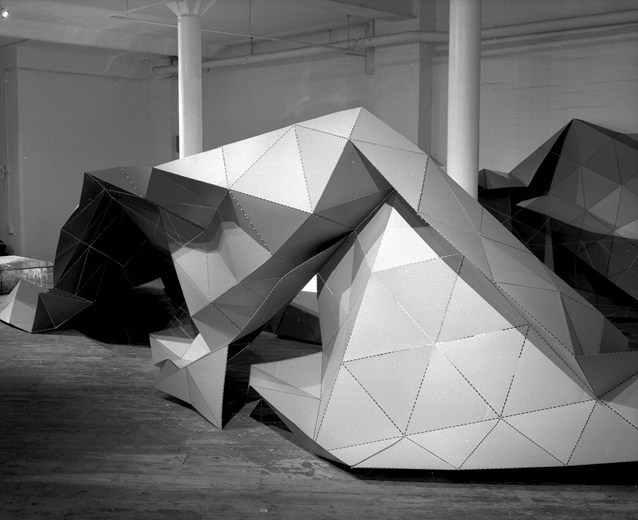 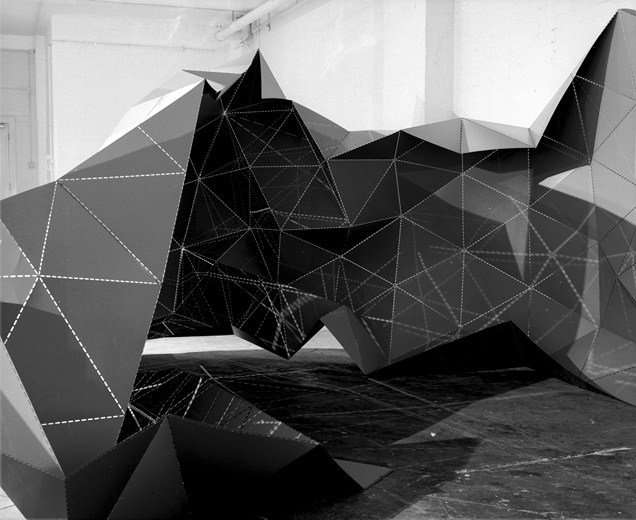 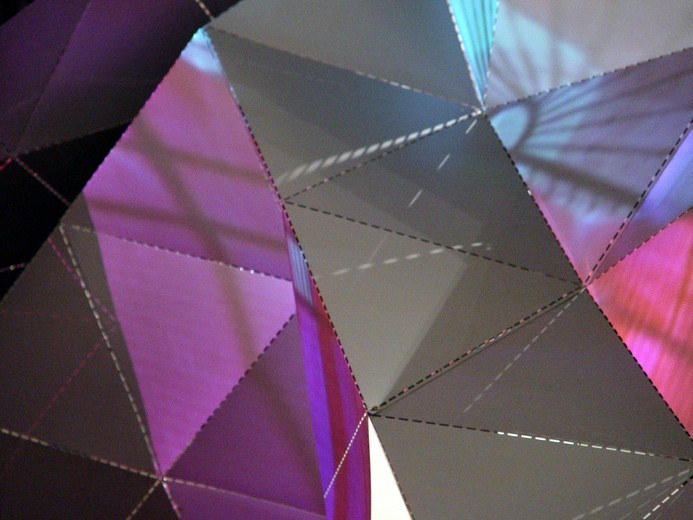 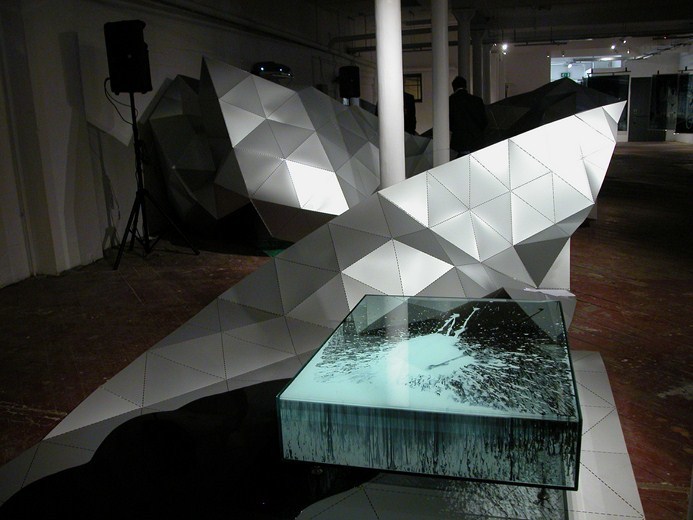 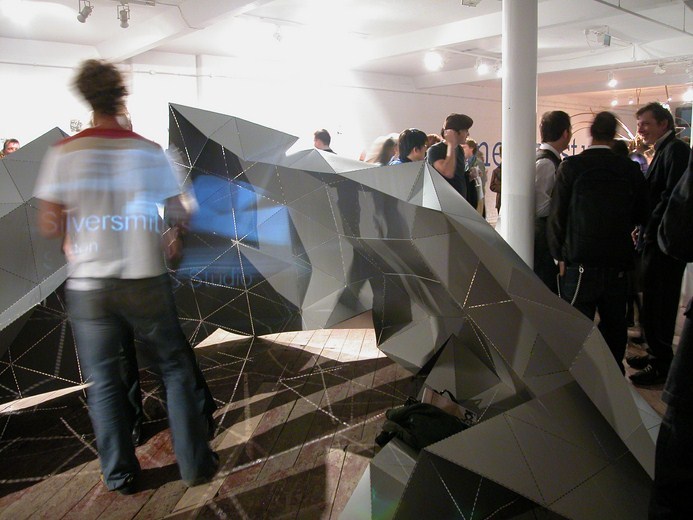 The sheet material negotiates the three parameters of curatorial organisation, site and structural form-finding. Whilst providing a surface and backdrop for the other exhibits, it also pursues more traditional architectural practices by extending this function into the realm of a response with its own unique qualities and attributes.

While the piece is derived from a rigorous set of proportional relationships, these merely differentiate the material consistency to direct the reciprocal forces within the process of production. A contemporary aesthetic discussion stems from the embedded interrelationships and processes, the sensuality of forms liberated from straightjacket Cartesian rules and its weightless appearance.

The car’s crumple zone is an instrumentalized field of indeterminacy: a virtual space actualized only if and when an impactive force is pushed through the zone. Once actuated the zone assumes its protective formation and at the same time freezes the impact-event as a record of its own morphogenesis. A hyper-indexical effect–passenger safety–is produced whilst an indexical reference to the causal event is retained in the car’s crumpled metal bodywork.

This techne-thought is deployed in Plasma Studio’s own ‘Crumple Zone’, an architectural project that explores similar issues in the form-matter relationship–accessing and actuating the virtual, indexical reference to energy and force, and hyper-indexical effects. The Crumple Zone‘s steel sheets are inscribed with a triangular grid of intersecting lines press-punched through the material as a series of perforations. This programming accesses a virtual dimension in the material that can be driven towards the actualisation of foldings, deformations and reformations.

These potentials are enacted through the interplay of drives and forces–gravity, compression, expansion, resistance, balance–that emerge as the sheets are modelled, joined and manipulated. As much as the architects will attempt to coax certain forms and structural outcomes from the formation, its own distribution of forces and tendencies reveals itself to them as a ‘sense’ of possibilities and tendencies through the haptically engaged modelling process.

The knowledge of material forces is gained through somatic experience as elements are lifted, dropped, stretched, compressed, pushed and pulled, and the formation relays its own response to these forces back through the architects’ body. A series of feedback and feedforward loops is initiated and pursued until a critical intensity is arrived at, at which point the process is arrested. At this point the formation operates both as an index of its arrested generative forces, and as a hyper-indexical production of sensory and performative qualities.