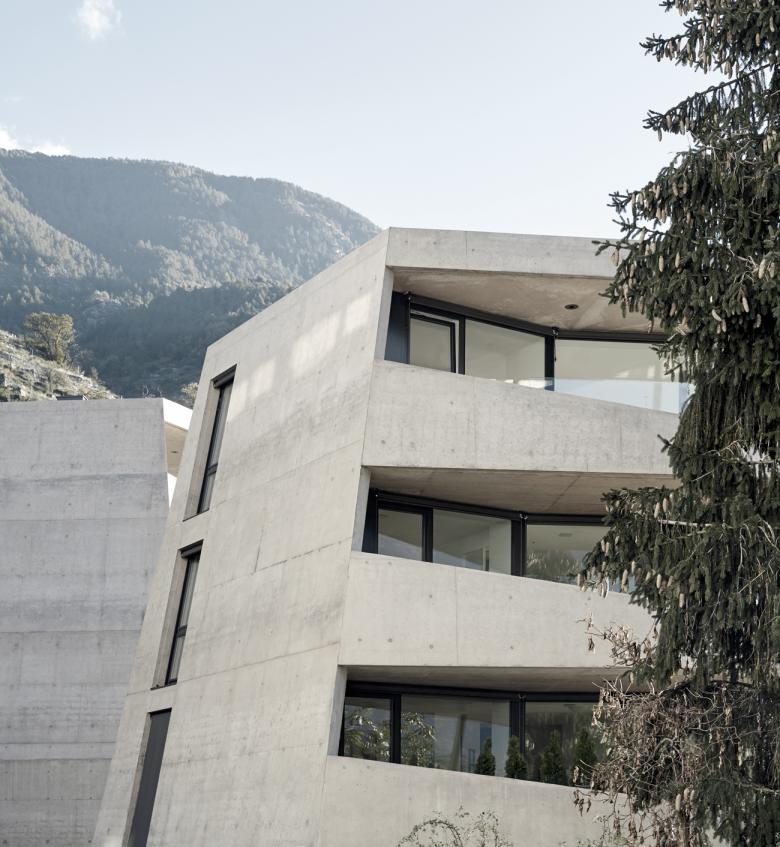 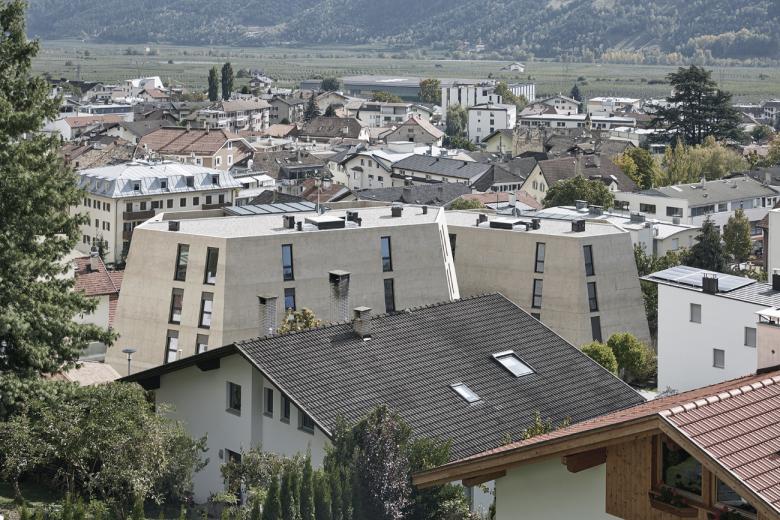 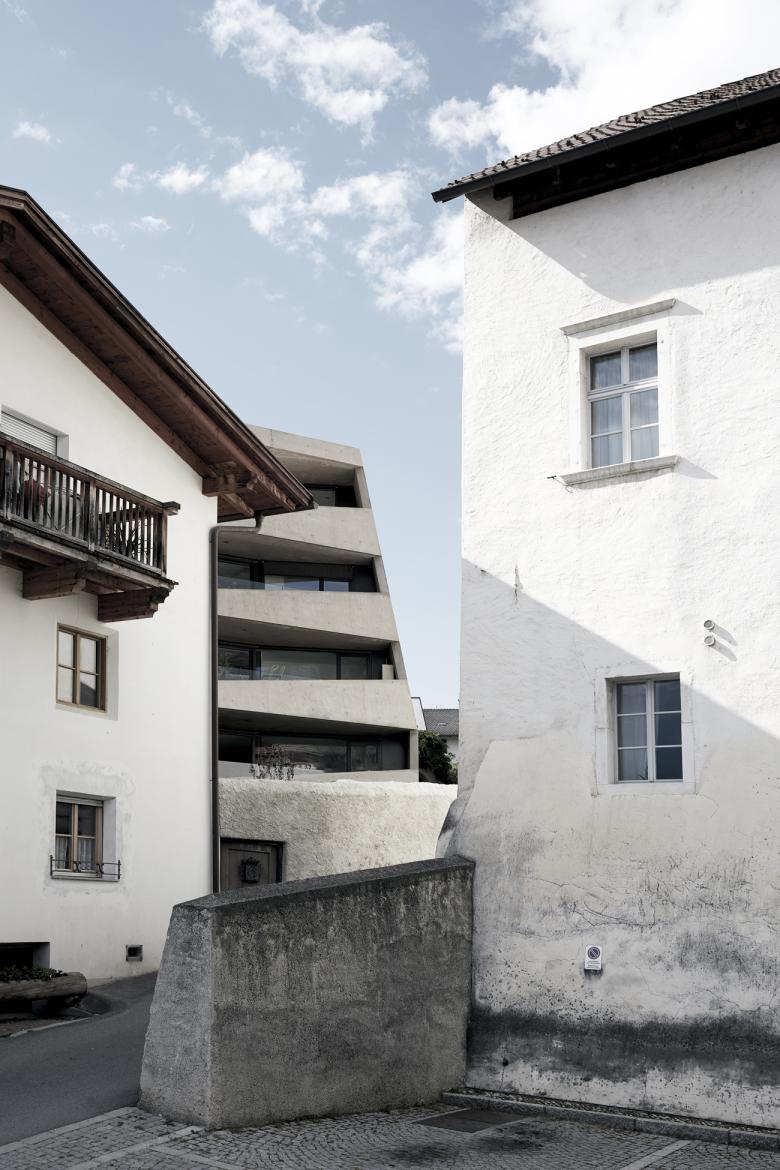 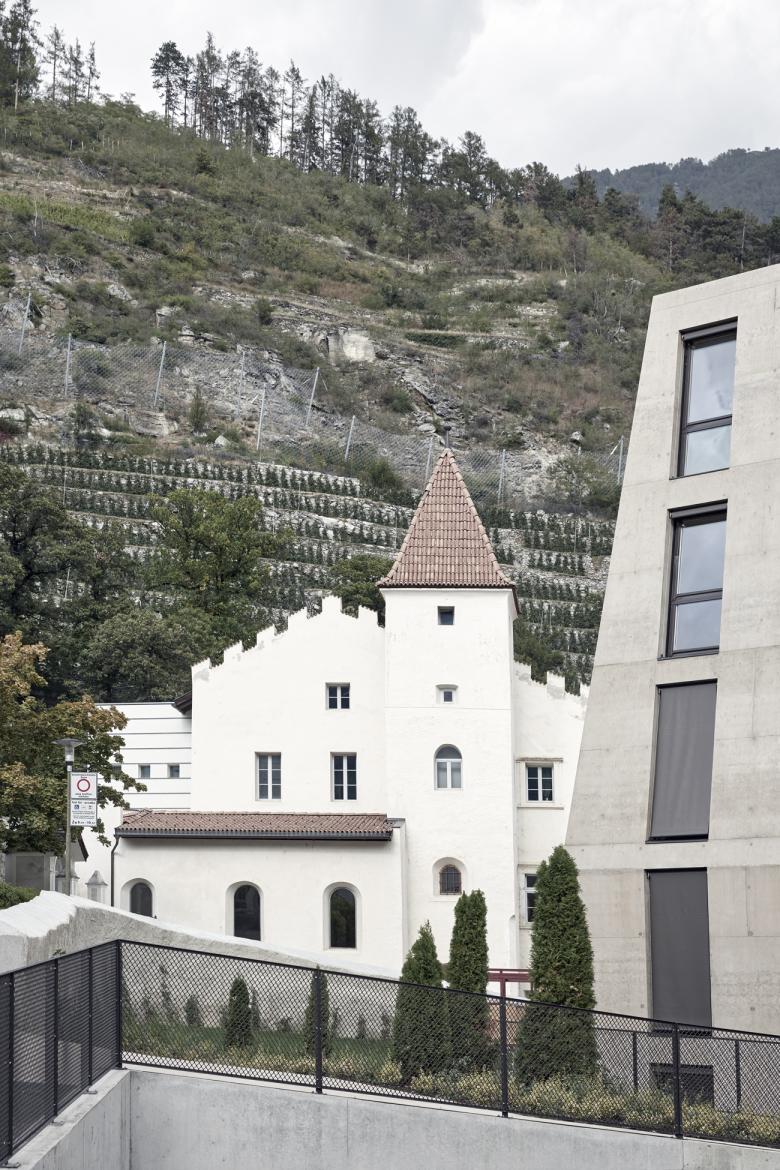 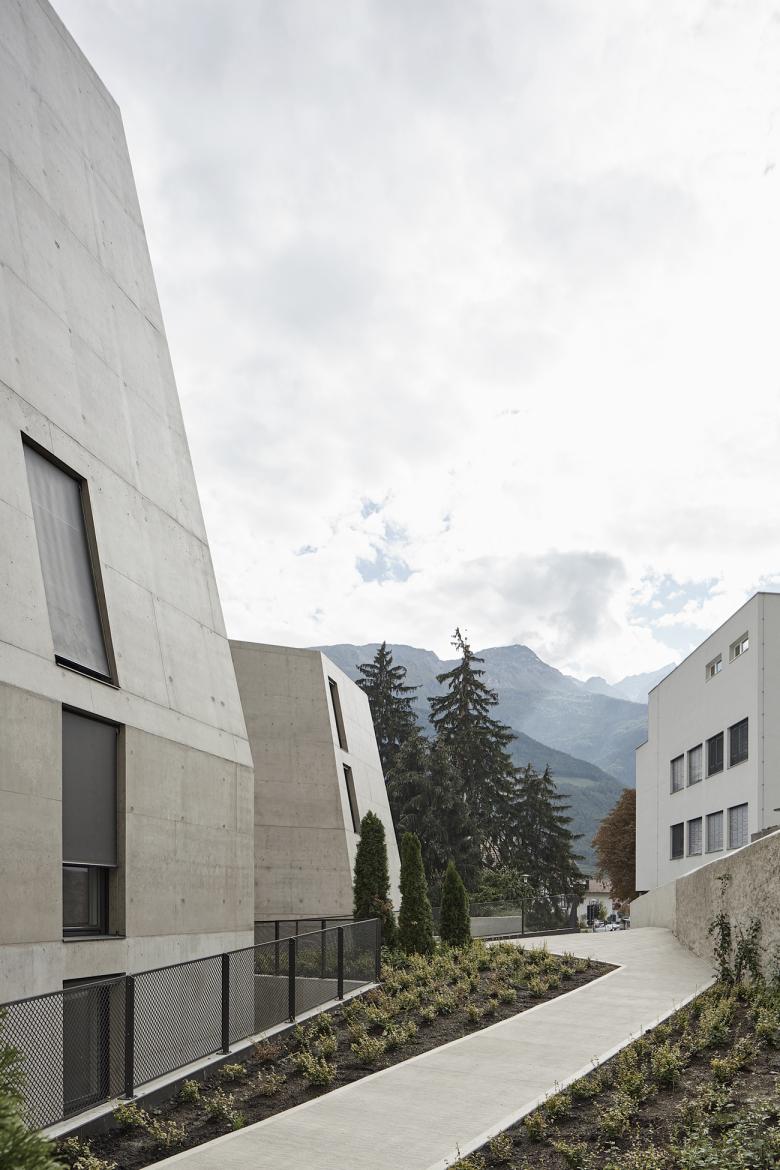 The site is located in the core area of Schlanders, where stately homes and farmhouses are situated side by side, while modern buildings have filled up the open spaces in between. The building site is located in the old castle garden, which extends from the castle Schlandersburg to the residence Stainer. The site was built in 1977 with the Pension Schlossgarten. The castle garden is surrounded by a wall, which is subject to the ensemble protection, as well as the building belt around the plot to be building. The property can be reached from the court road south and from the Schönherrstraße north.
The historic buildings are situated along the road and create a narrow alleyway. To give the building a corresponding scale, it is divided into two building bodies, which are based on one same basement floor. The new structures are deliberately positioned in such a way that they are no competition to the historic building and the roadside building mass of the surrounding area. The proximity of the two new buildings creates a similar tension as the surrounding streets. The polygonal ground plan shape is also transferred to the facade, and rejuvenates the building mass to the top, which reduces the massiveness. The lowering of the main building units to the north is based on the inventory quota and the building to the south is lowered to the original level of the castle garden.
To preserve the cubic effect of the volume, the patio areas are cut out of the volume. The different rotation of the building reinforced by the polygonal floor plan suggests a playful arrangement on the open space of the old castle garden, which result in interesting intermediate and outdoor spaces. To emphasize the homogeneity of the structure, a uniform facade material is used: a lightly colored concrete, which communicates with the glass elements of the parapets and the dark window profiles. The sloping parapets in concrete provide sheltered outdoor areas for each apartment.