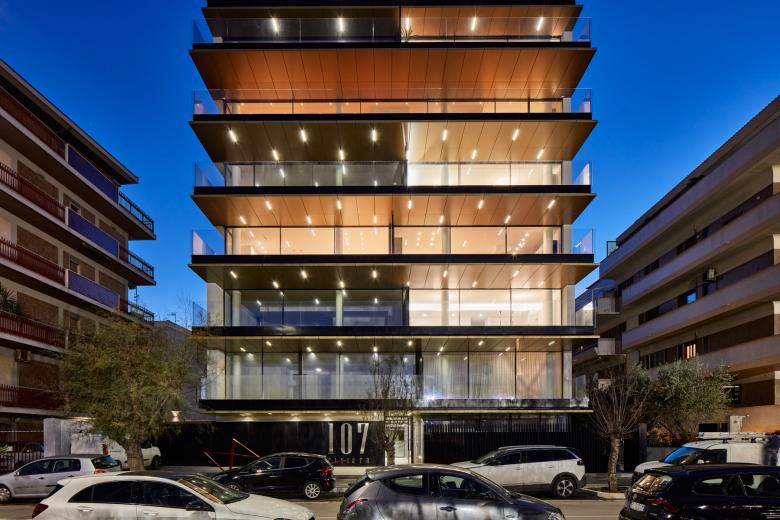 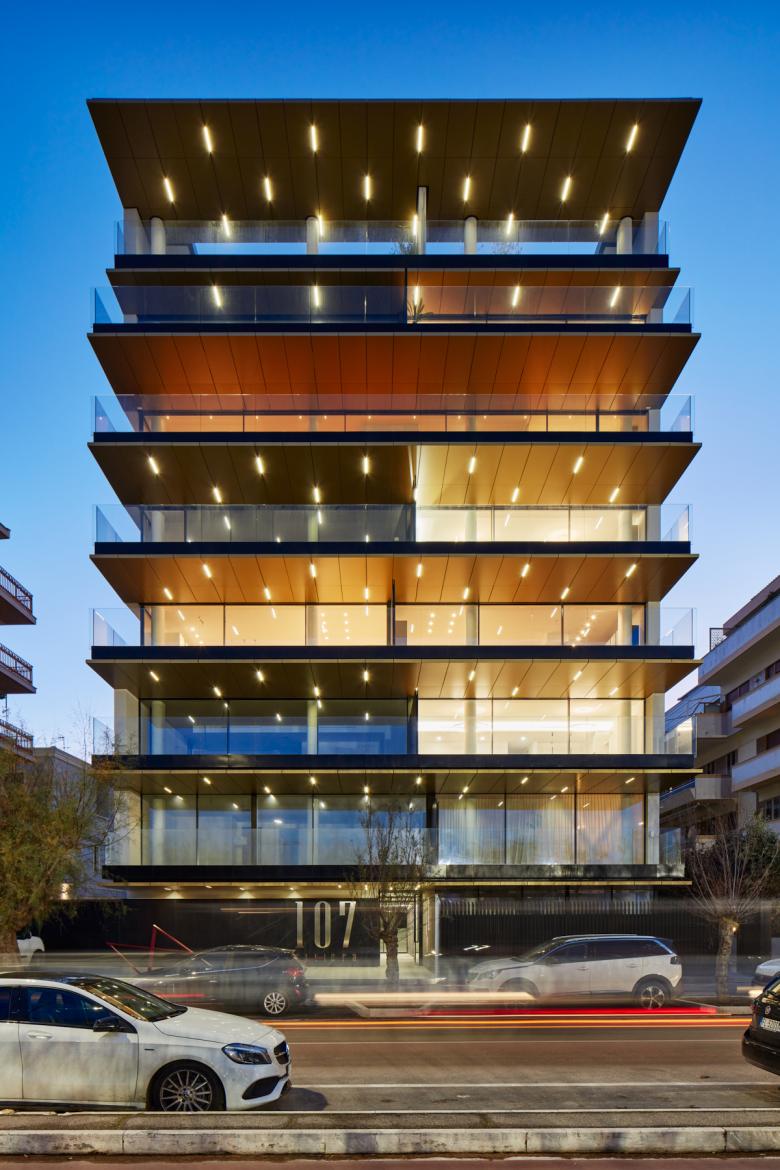 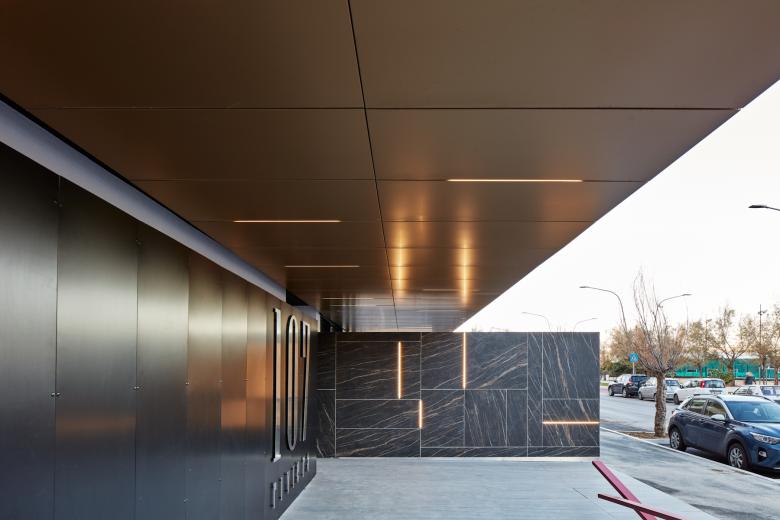 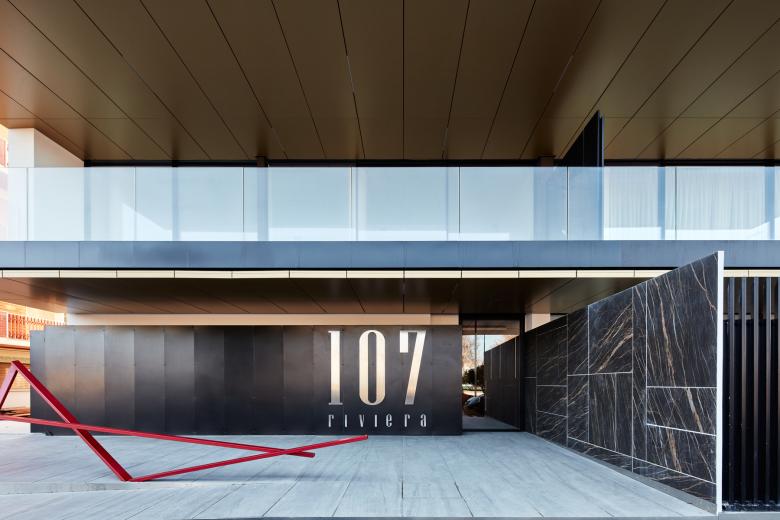 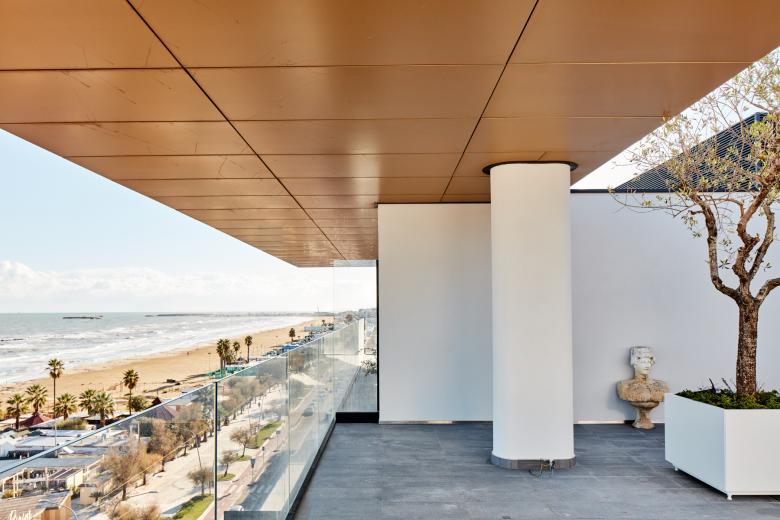 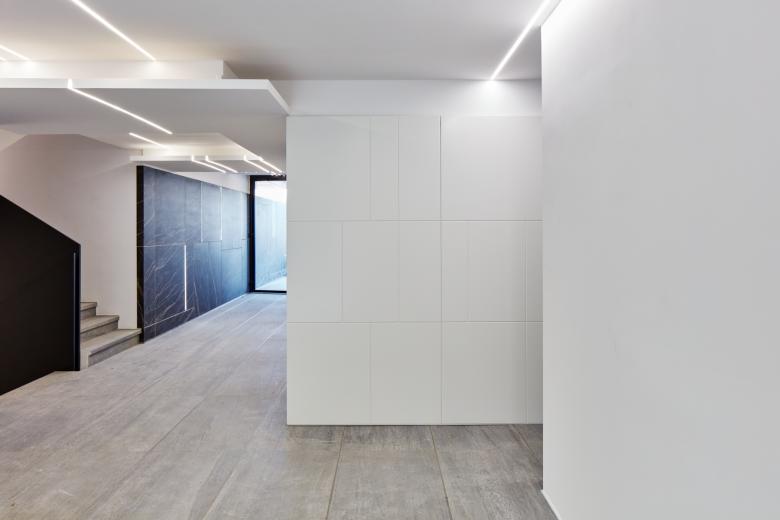 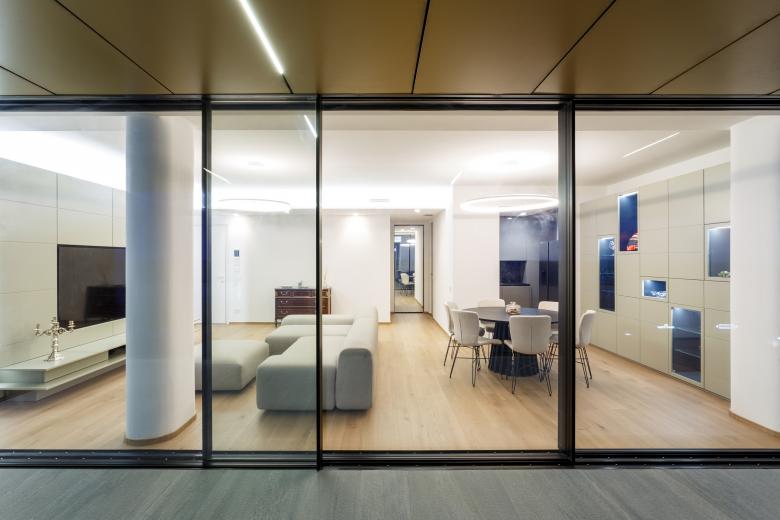 A residential project conceived as an urban regeneration effort. The building respects the limits of the lot, but reinterprets the relationships between the interior, the landscape, the public space.
A building, perfectly inserted in the urban fabric, which reinterprets the typology of the palazzina (apartment building), to which the architect, based in this city, has been dedicating his research and studies for some time.
“Pescara is an American city in Italy,” recalls Giovanni Vaccarini quoting Italian journalist and writer Guido Piovene who, in his “Viaggio in Italia” (“Journey through Italy”), defined the capital of Abruzzo as a linear city, without a real center, born from the confluence of people of the region who moved from the mountains to the coast in search of work and better living conditions. A dream that sounds a lot like the American dream. In fact, notes Vaccarini, the city has been able to attract investments, people and activities, and in just a few years it has become the economic hub of the region and the mid-Adriatic area.
Pescara is a very young city, less than one hundred years old, but it has grown in the post-war period at such a rapid pace as to give rise to strong contrasts, recognizable along its streets. It is the city of the “vitelloni”, as described by Italian playwright and novelist Ennio Flaiano, who was born here: a bunch of lazy guys who spent their time in the clubs of the seaside town. But, at the same time, it is an industrious city, inhabited by a thriving and budding entrepreneurship that today has taken on national and international dimensions.
The project is located in a portion of the city that clearly speaks of this tumultuous growth: some surviving Art Nouveau or neoclassical villas are flanked by imposing buildings, often lacking in quality. Some villas, through the years, were quickly replaced by the rampant palazzina (apartment building) type. A single block typology, served by a central vertical distribution around which the apartments - two or more per floor - are arranged. This is the context in which Vaccarini’s project is located.
“The palazzina is a representation of the profound transformations that have taken place in the city: it is not a palazzo, since it does not have the size nor the urban role, and it is not even a villino, the small one- or two- family building. It is a hybrid, a deformation that has disrupted the established relationship between building type and urban morphology in the historic city.”
Riviera 107 reinterprets this typology, arranging distribution in the building according to functional bands. The front band of the apartment, the one most open to the public domain, is thus opposite to the service band, which includes the vertical distribution, bathrooms, kitchens, laundries, and further back the more private quarters with bedrooms and studios. Following this logic, the building further develops its dialogue with the surrounding environment. The front of the building is set back from the street edge, and thus defines a semi-public space of mediation between the public and the private spaces. A kind of sidewalk expansion that the building shares with the city. The hallway becomes the collective place par excellence, flanked by a communal space for meetings, parties all those common activities that may be necessary in a condominium.