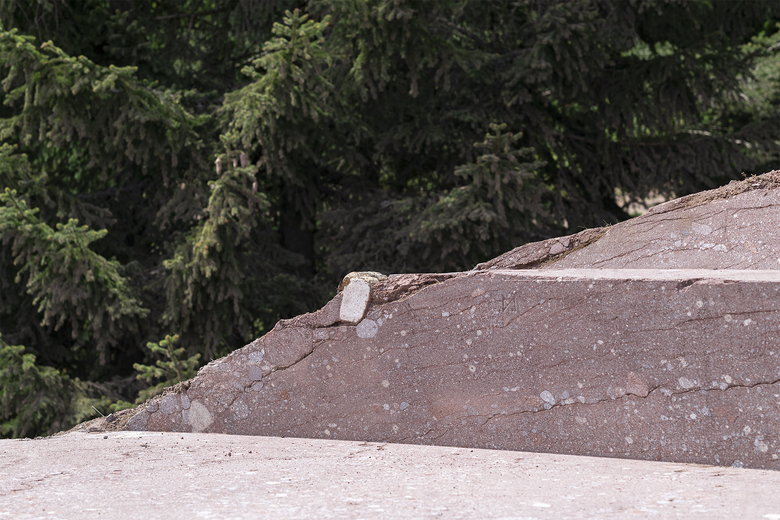 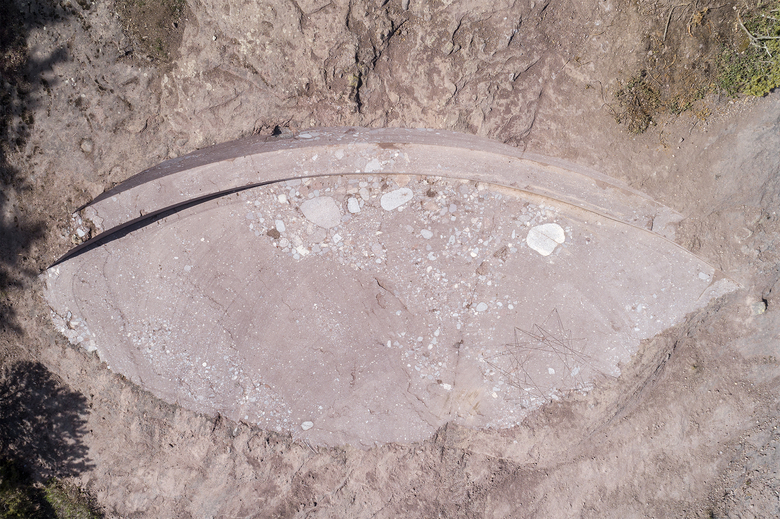 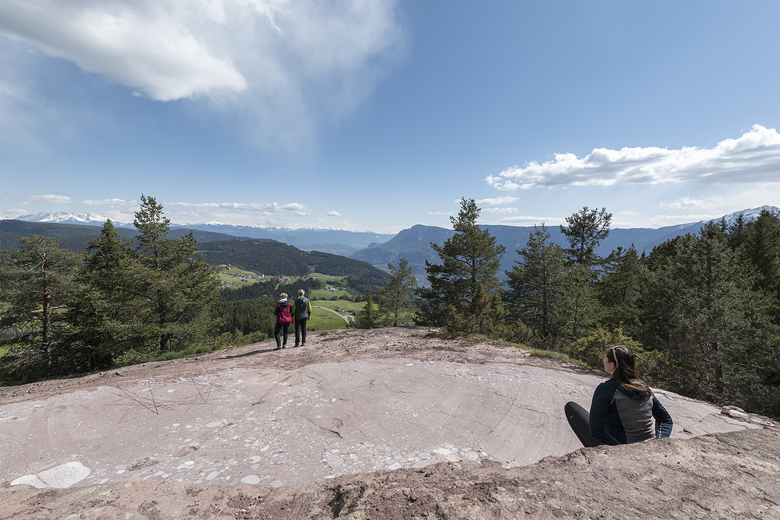 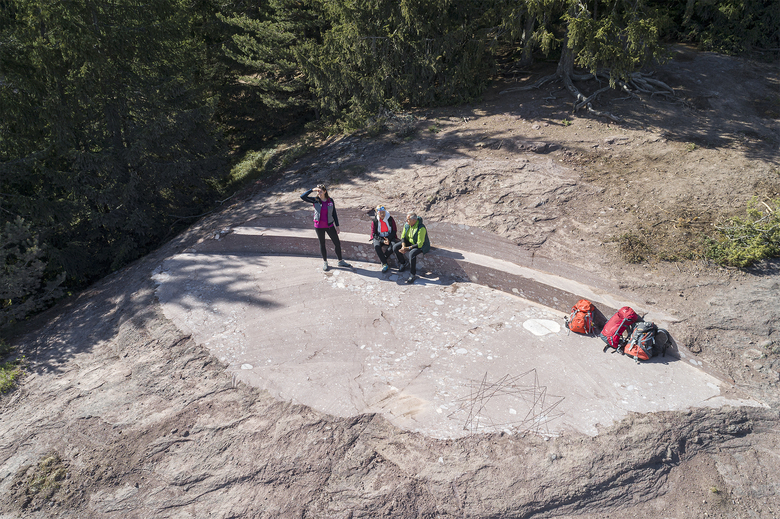 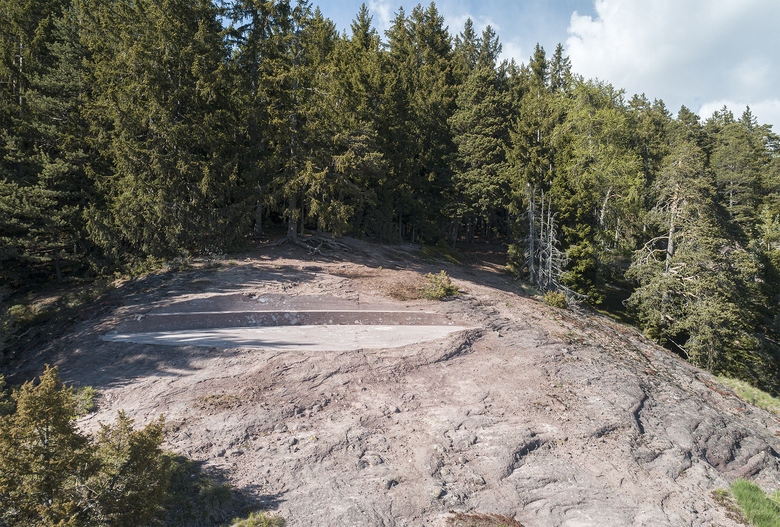 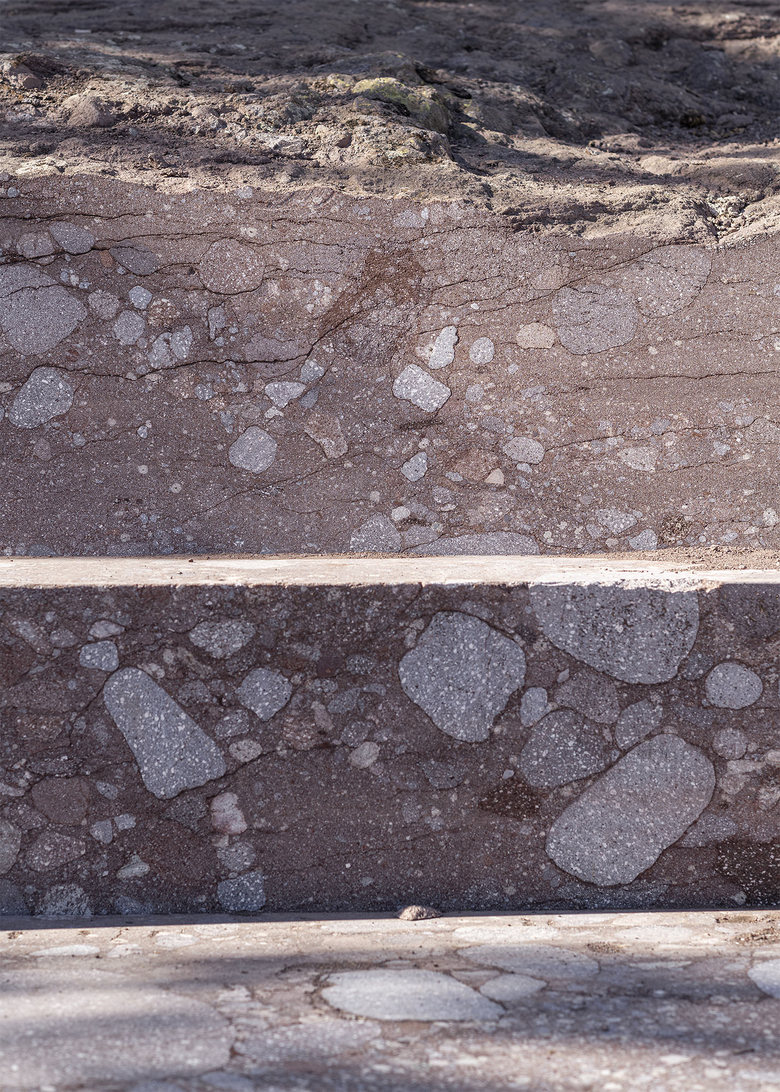 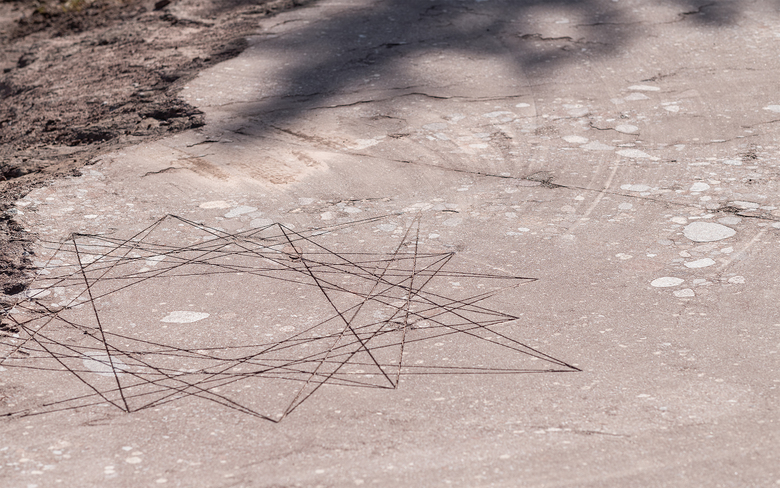 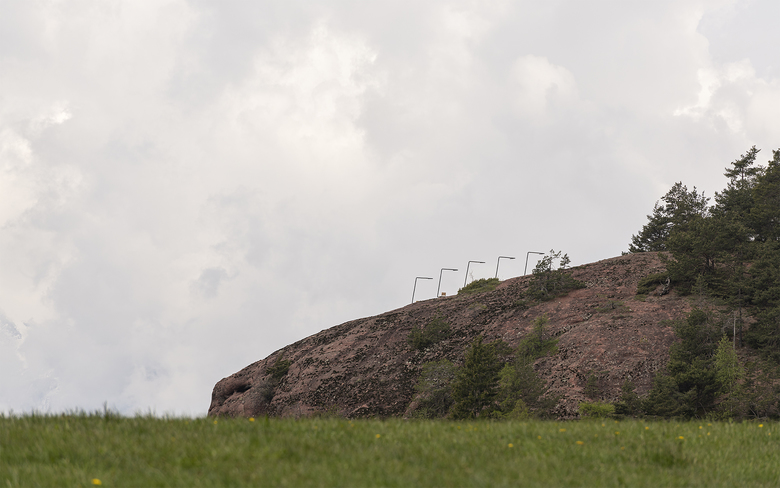 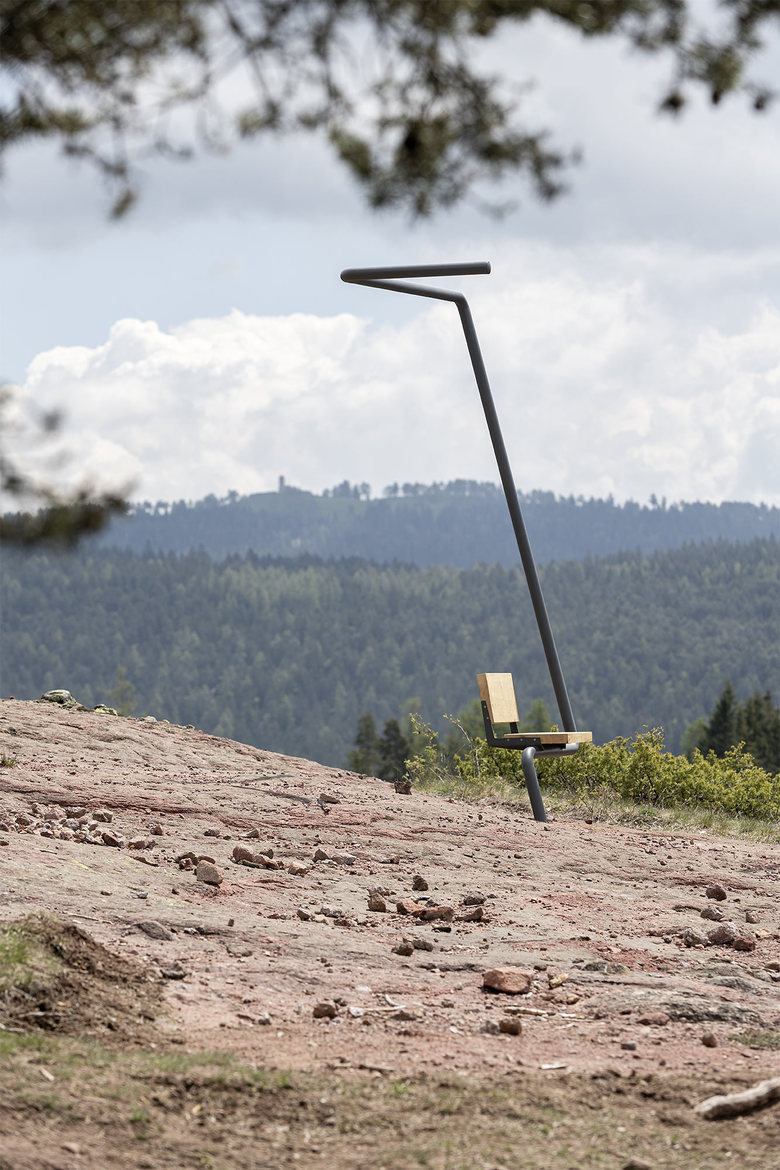 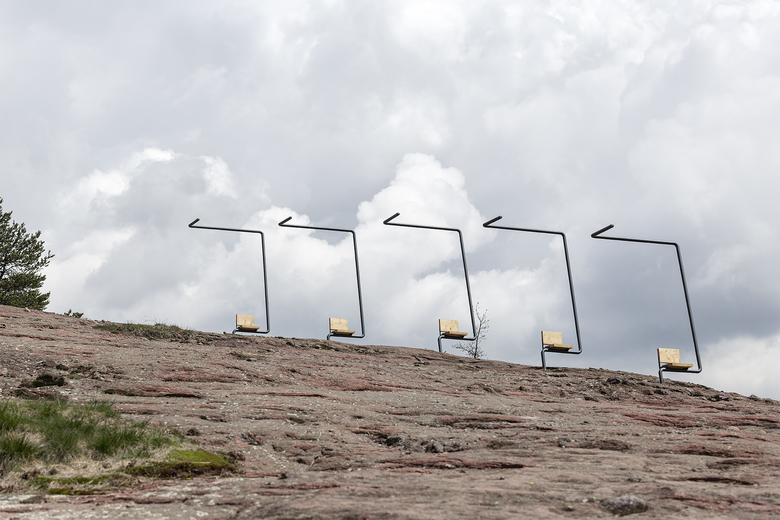 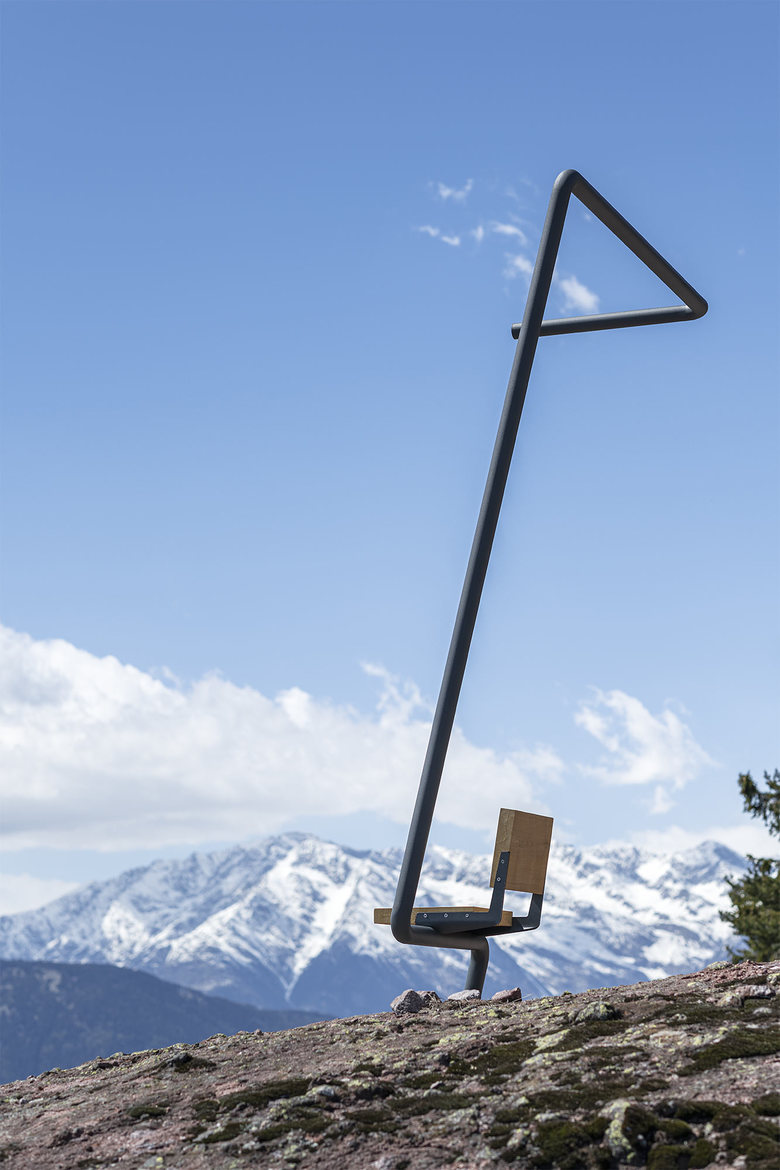 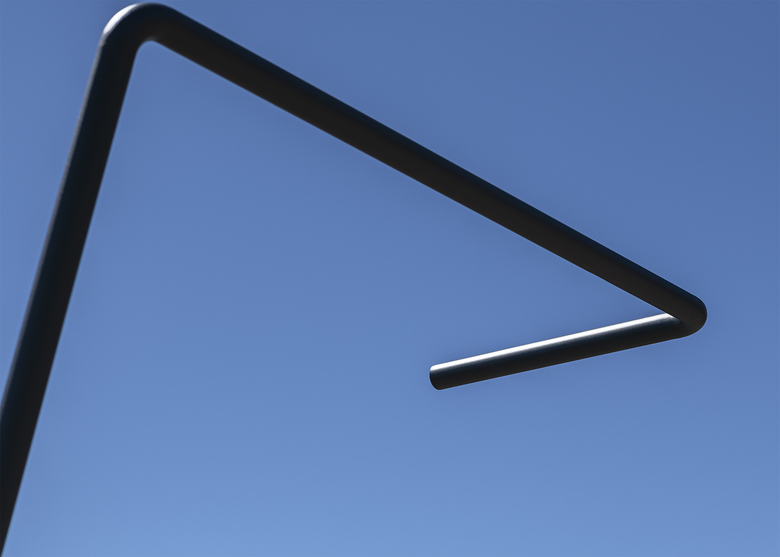 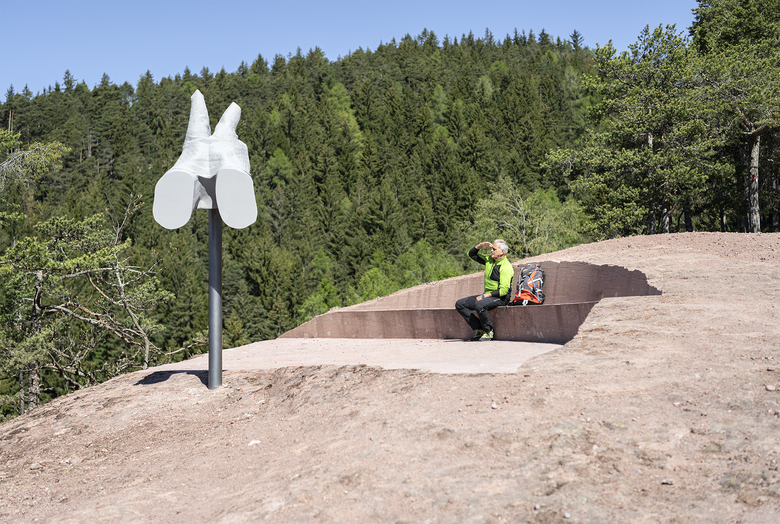 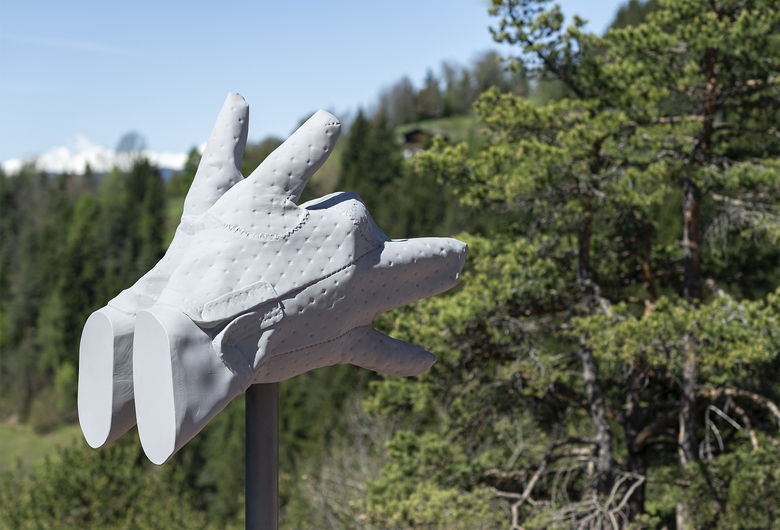 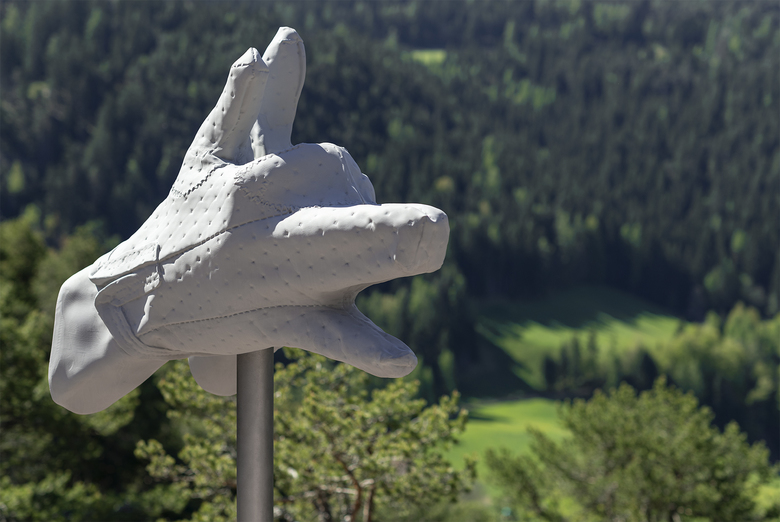 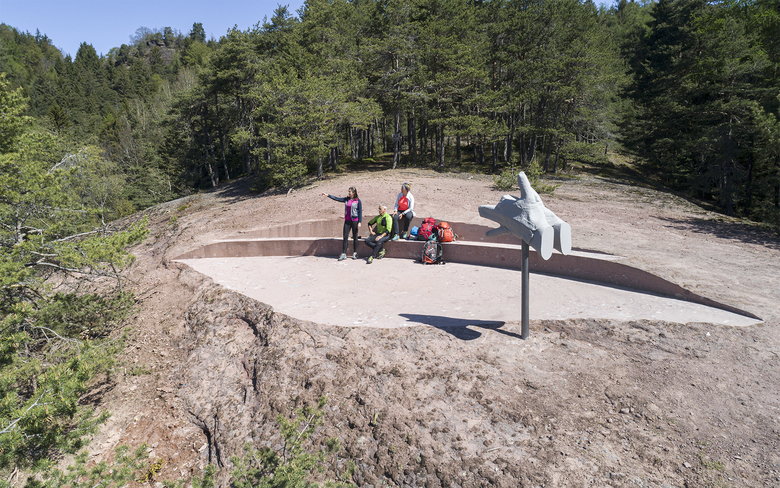 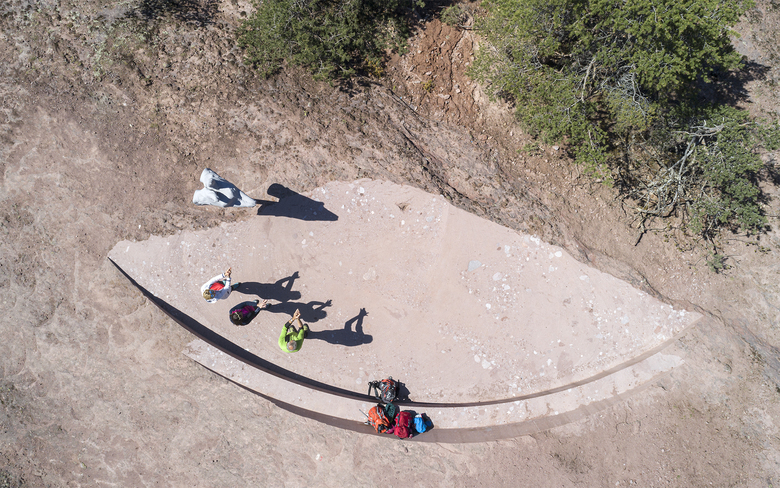 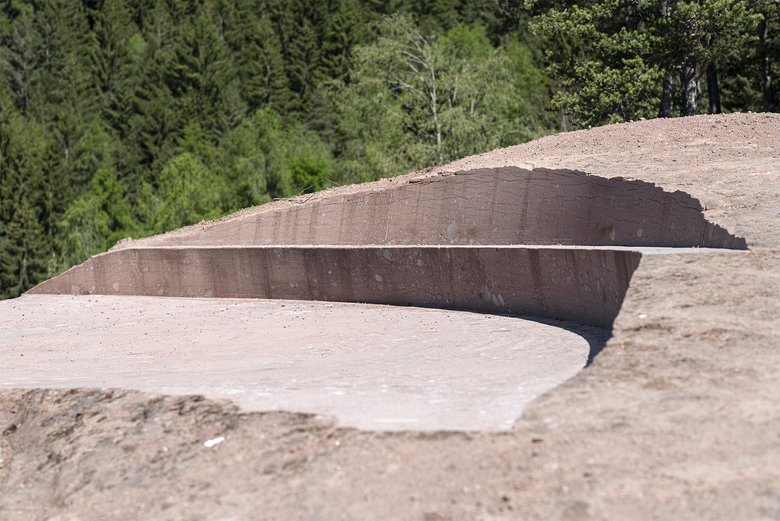 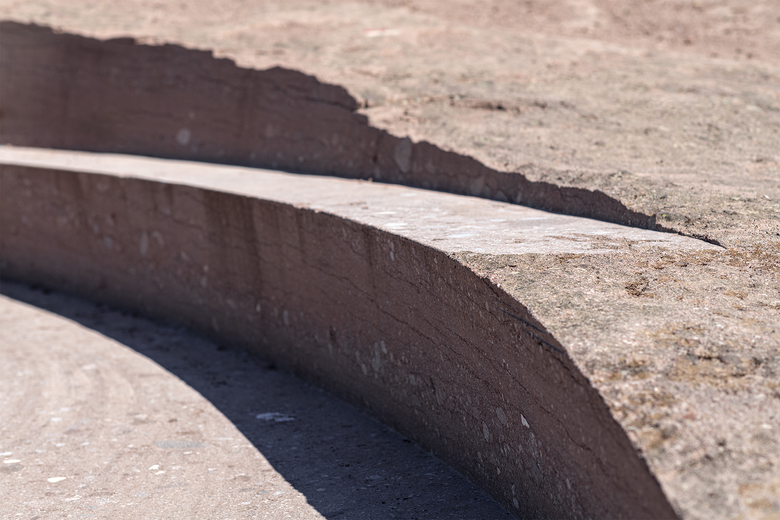 The three Knottn – red porphyry-hills – emerge suddenly from the forest- and meadow-landscape in Verano and lend the area its distinctive character. The circular hiking trail „Knottnkino3“ connects these three rock formations with their newly created resting areas.

At the Rotstein-Knott – in the immediate vicinity of the„Knottnkino“ – conceptualized and created by the artist Franz Messner in the year 2000 – evolves through circular cuts in the terrain, an even, from the porphyry elaborated space with a bench and a backrest. The circular segments immerge into the landscape and dissolve. The only thing that remains on the surface are traces in the form of lines.
A net of lines is the origin for the wind rose by the designer Antoinette Bader. A petroglyph cut in the even terrain of the porphyry at the intersection of context and intervention opens up a space for thoughts. Symbolically for the complex integration and positioning of the world the incomplete opens up a dialog between nature and man-made, between past and future.

The Beimstein-Knott directly above Verano wins over through its circuitousness and the fabulous view.
The installation ‚Attimo‘ was realized after the sketches of the late artist Franz Messner and consists in the arrangement of five chairlift seats alongside an imaginary and hazardous route directly over the rocky hill. With a spectacular view on the village the installation creates continuity of the cable car of Vöran and connects the village through a ‚Direttissima‘ with the Beimstein-Knott.

The lowest of the three rock formations – the Timpfler-Knott – prevails a calm, almost mystical atmosphere. Circular incisions in the rock transform the terrain and create a rest area. The circle as symbol for the eternal is despite its fragmentariness comprehensible.
From the distance the delicate drawings as a subtle landmark are made visible only through the shadow play.
Micheal Fliri’s sculpture of a wolf takes part of this place – it wanders almost randomly across the rocky dome. The image has a twofold meaning – the sculpture and its shadow play.
The symbiosis of two human hands, those of the artist, result in the shadow play as the silhouette of a wolf. The hands are caught in a glove – a costume – that only allows this condition. The frontiers between human and animal become blurred, theatrical stagings interfere with seemingly mystical and archaic tradition.

Saint Joseph in The Woods