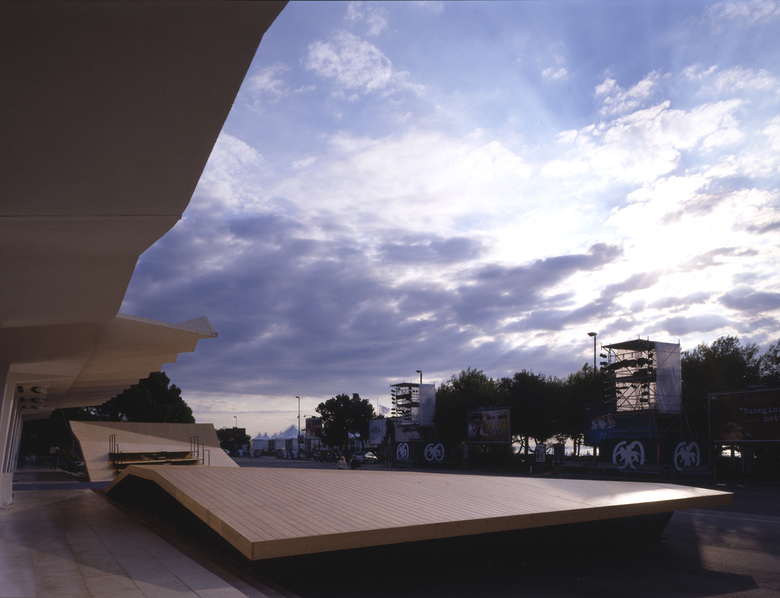 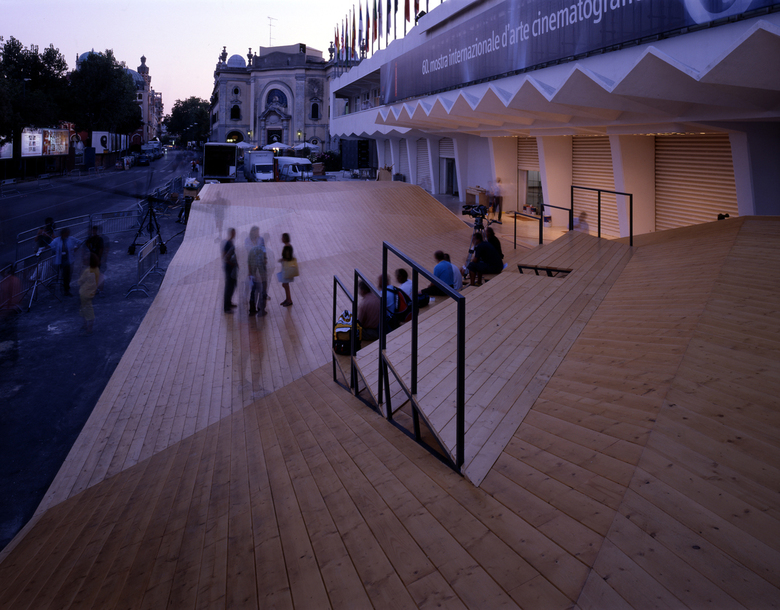 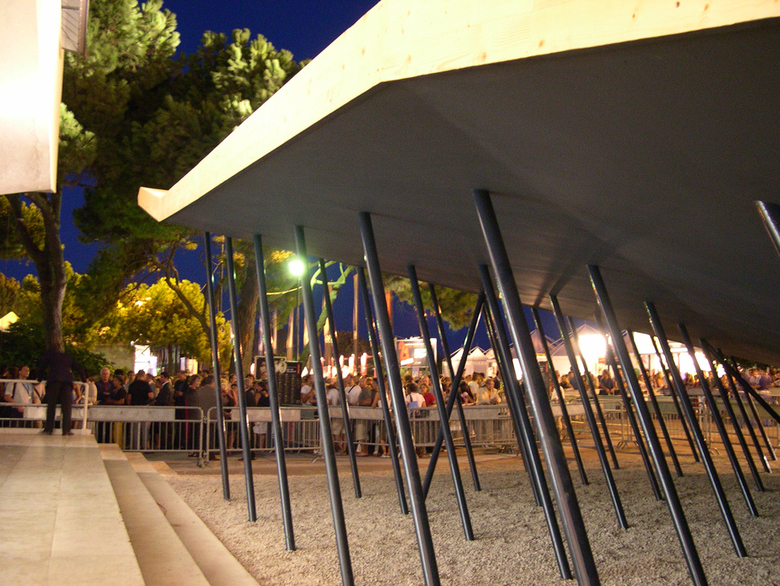 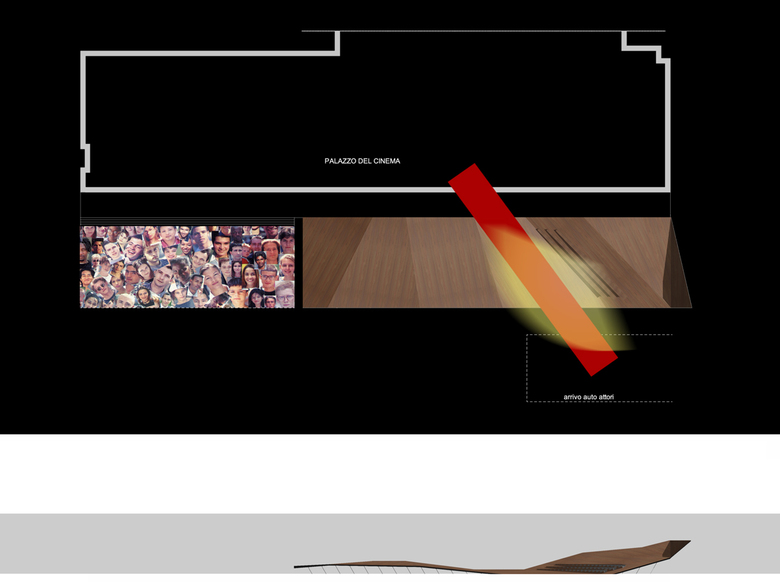 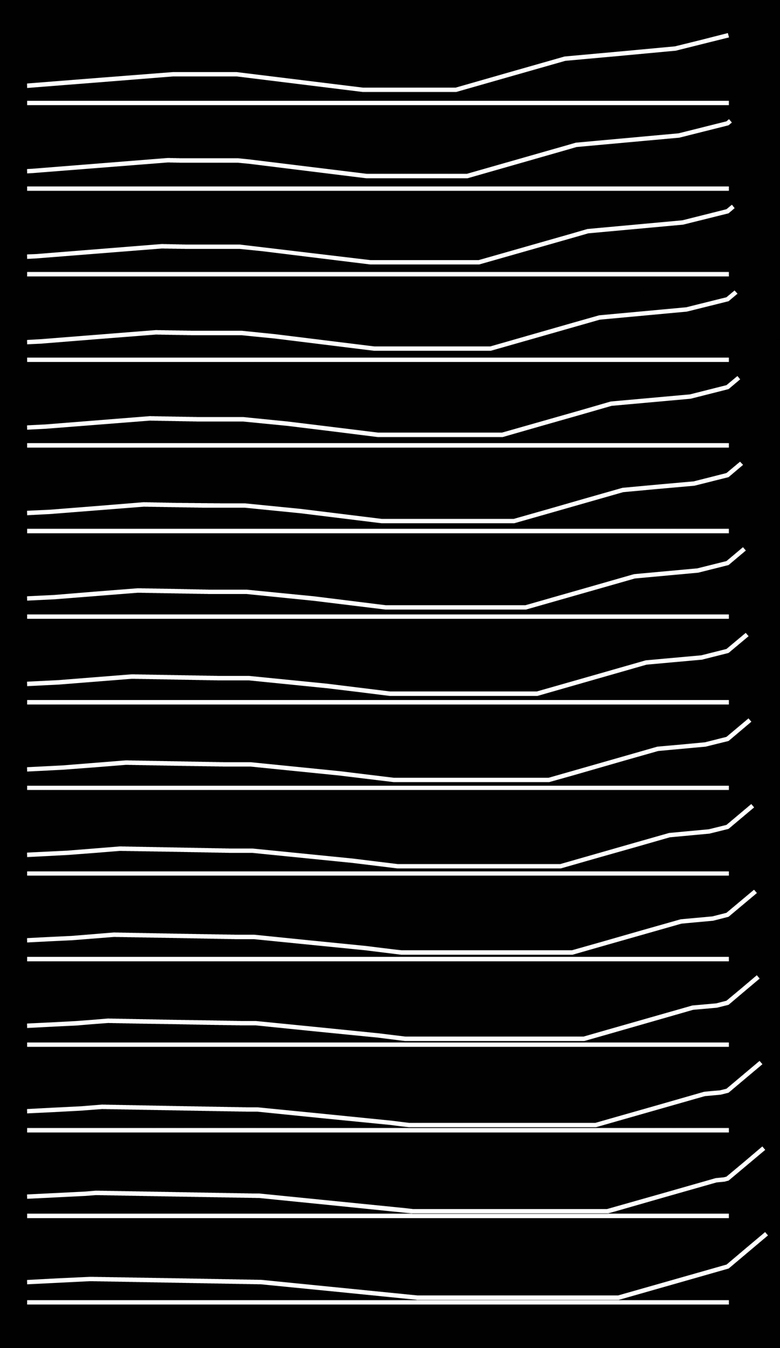 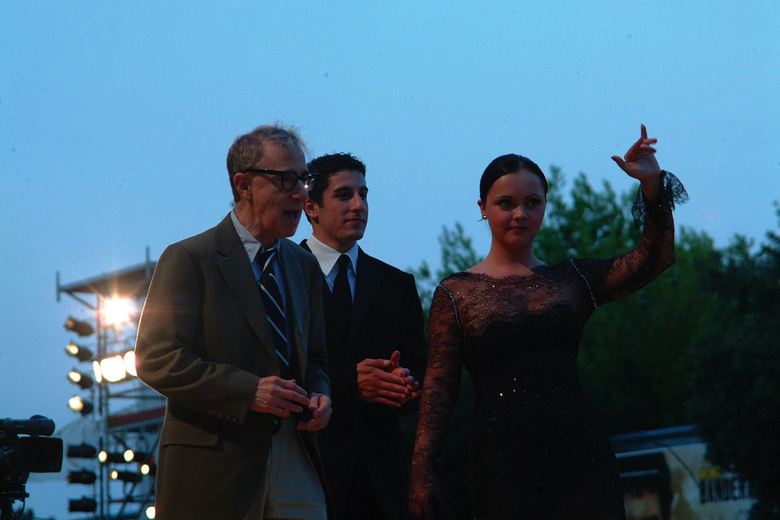 A wave of larch boards supported breaks against the Palazzo del Cinema in the island of Lido in Venice. It impresses a new sign on the venetian scene: a catwalk for the entry of actors and film directors as well as an organised space for photographers. Supported on a serie of steel struts, the wave is a catwalk that keeps the public near and far at the same time. Like the deck of a ship setting sail for a great adventure. The moment of the actors arrival is an explosive and magic one but it last a second as when the wave breaks itself on the beach, leaving a corrugated soil on the threshold between earth and water.