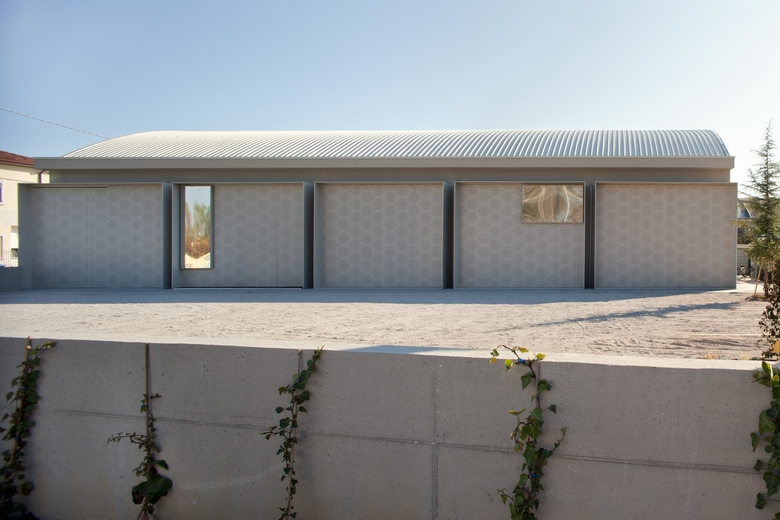 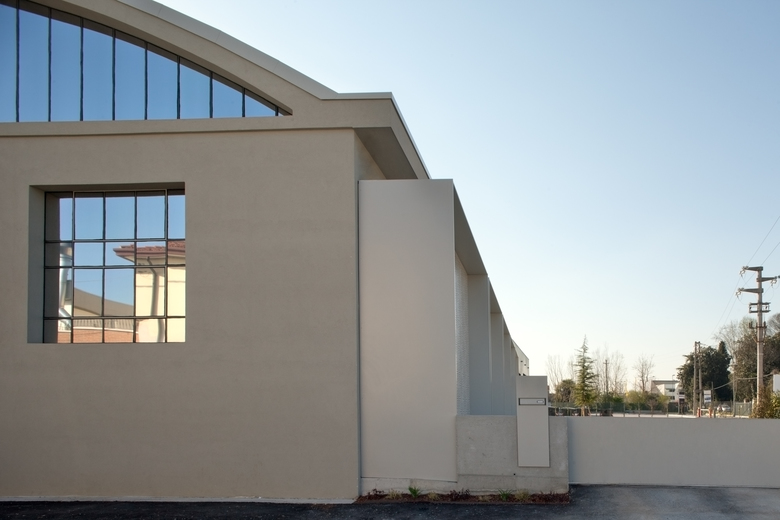 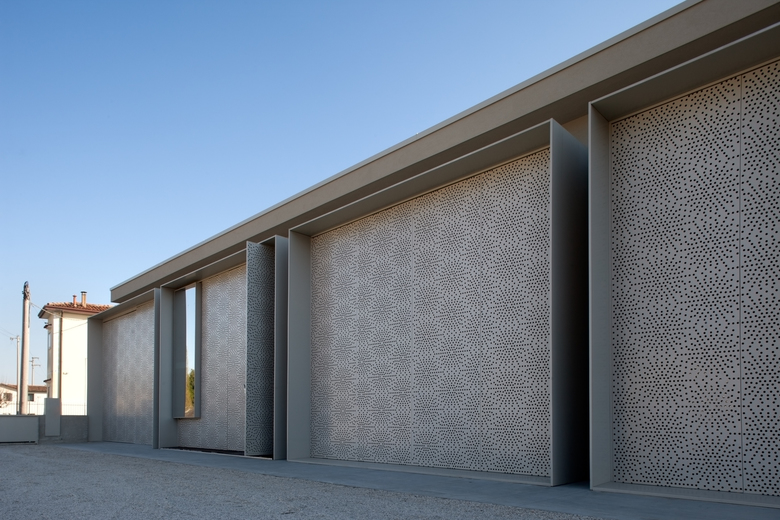 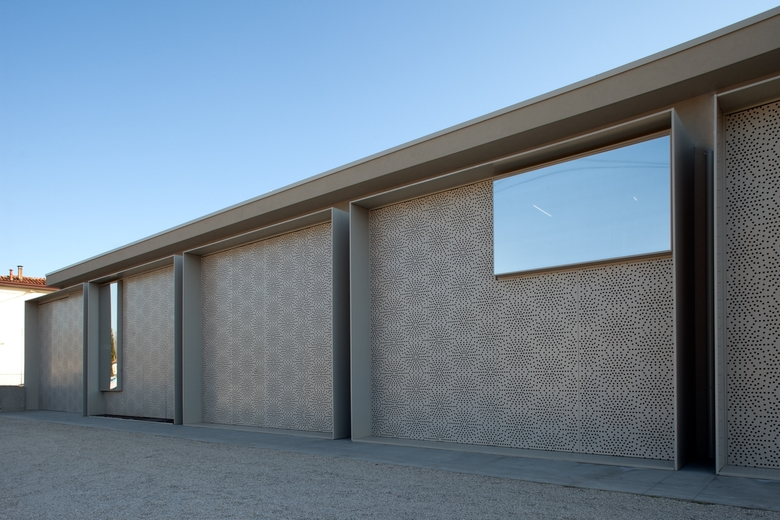 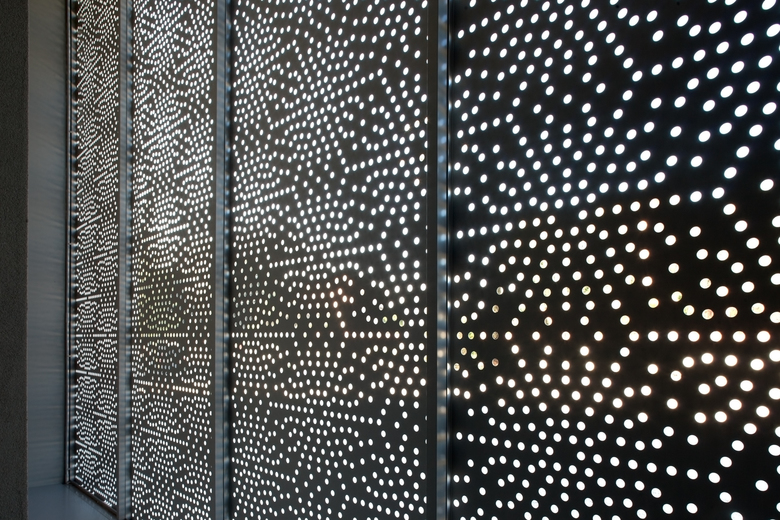 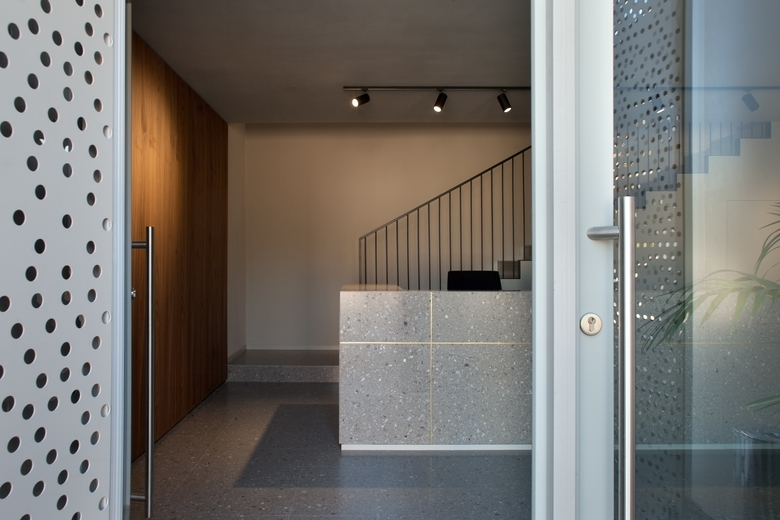 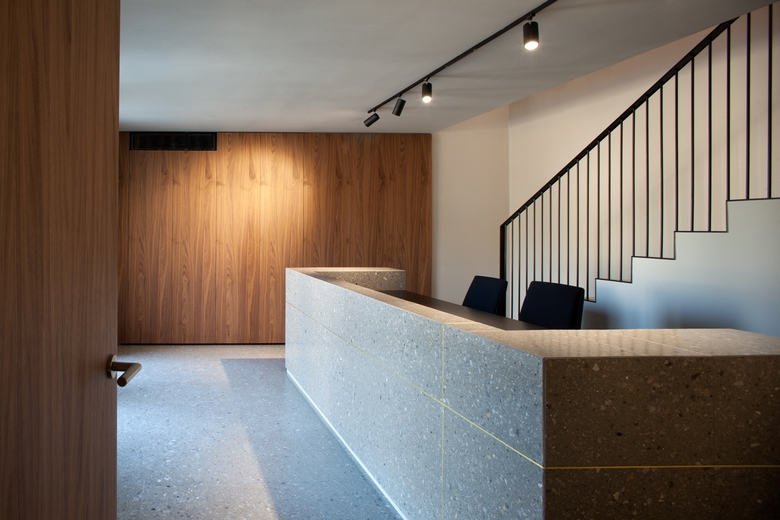 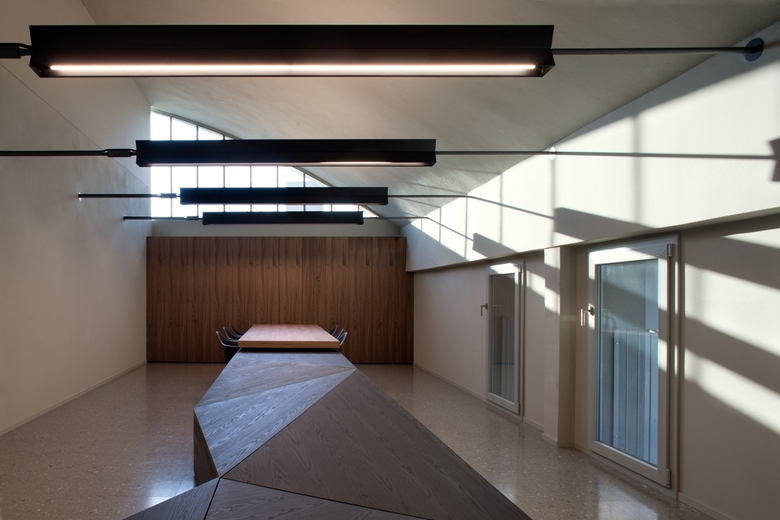 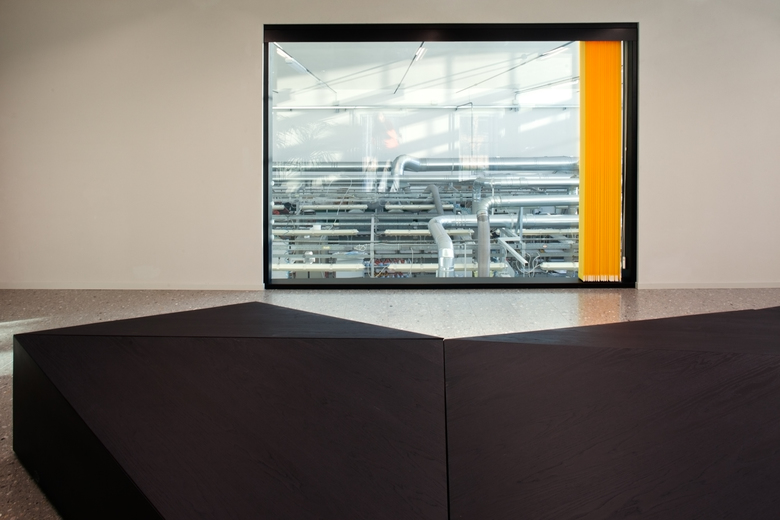 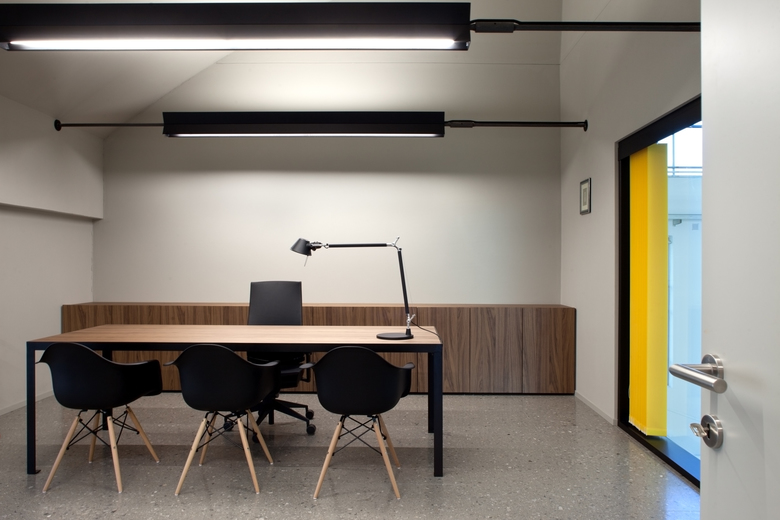 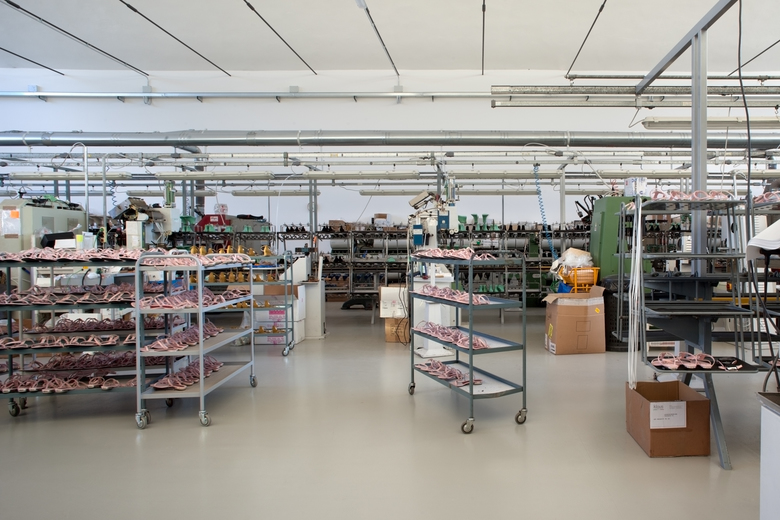 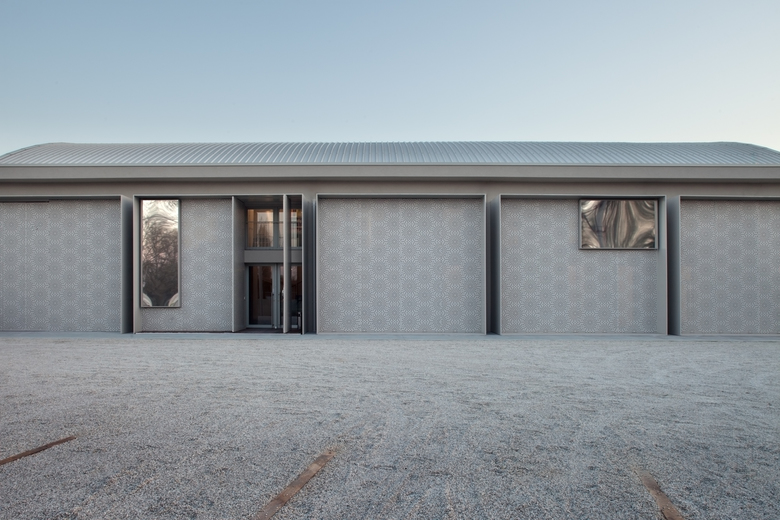 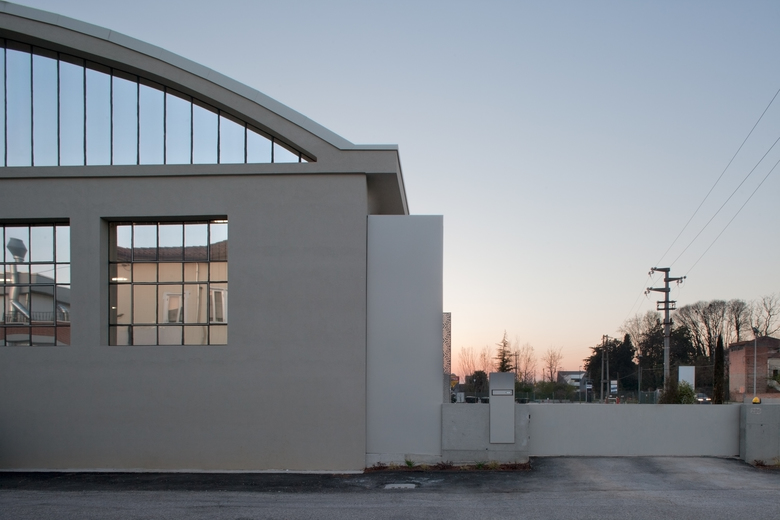 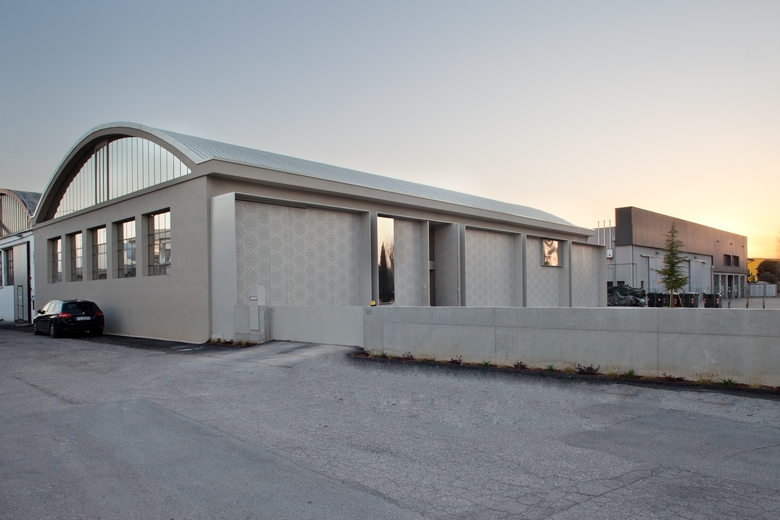 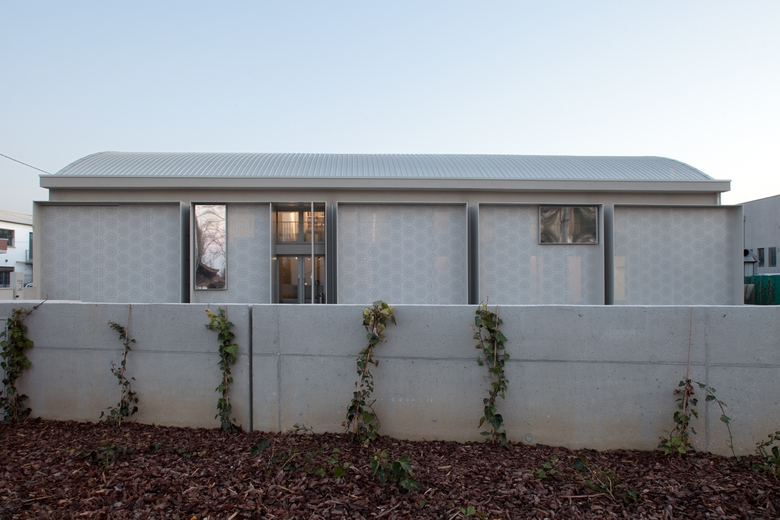 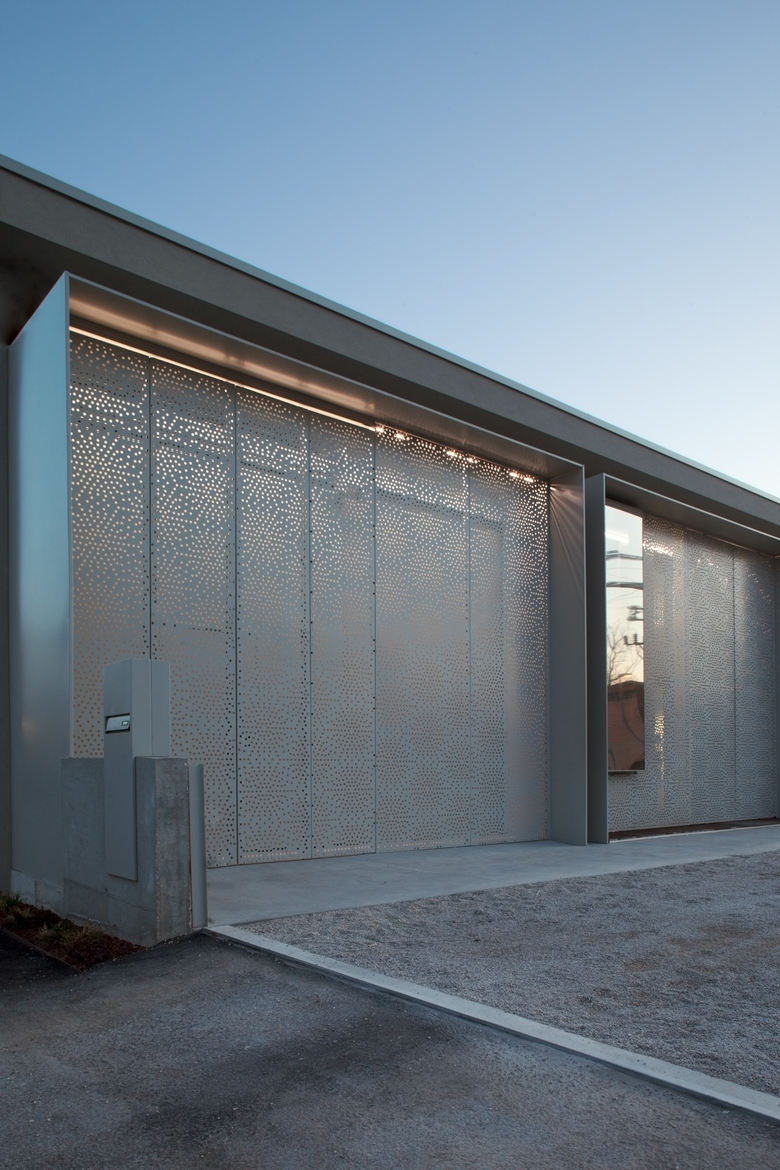 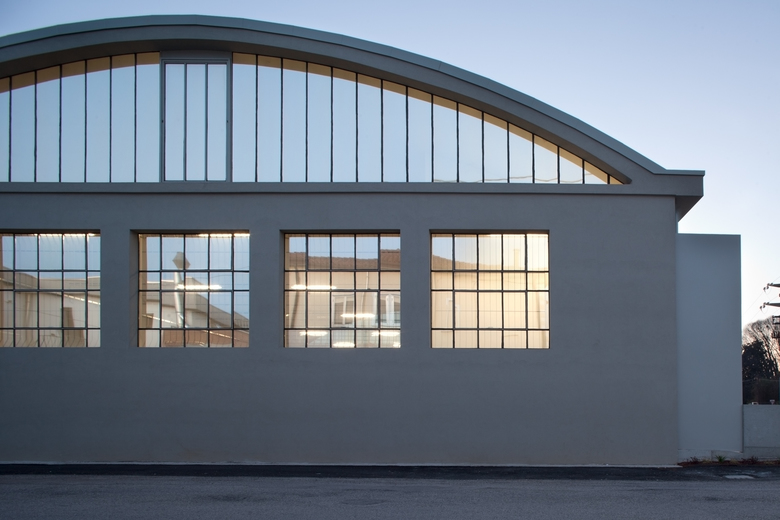 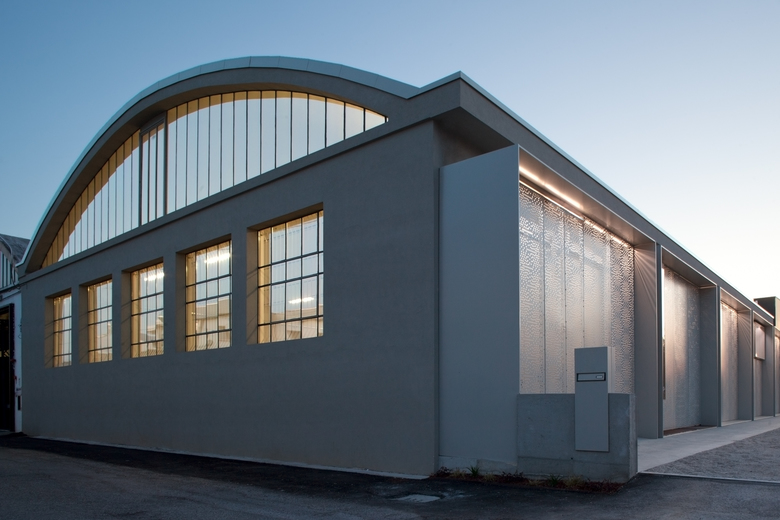 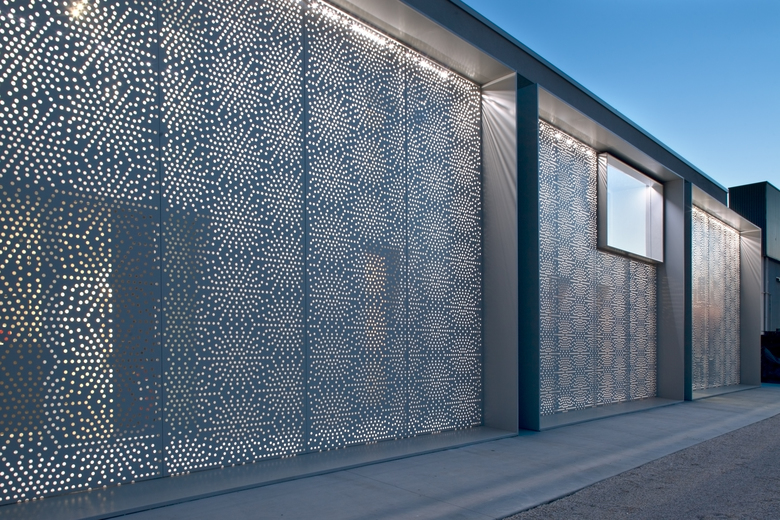 The project involves an existing production building, located along a busy commercial route in Noventa Padovana, in the eastern rural area outside Padua. The late 1900’s building is composed of a compact vaulted volume, in which one third is occupied by a two-story office block and two thirds by a double height space that houses the workshop.
Although the project considered demolishing the existing internal partitions, the design intention was to retain the original internal layout. The offices and locker rooms block is made of a two-story load-bearing steel framework, completed with perimetral plasterboard partitions and characterized by large glass openings that visually connect the upper level of offices with the open space of the workshop.
The ground level hosts restrooms, locker rooms, equipment rooms, as well as a reception area leading towards the upper floor offices and showroom.
The main front demanded a more detailed design research, as its immediate connection with the public spaces suggested that an iconic intervention could emphasize the productive and commercial role of the plant in the area.
The façade was therefore conceived as perforated metal leather, opaque during the day and semi-transparent at night, recalling the pattern of fabrics and materials that identify the company’s products.

037 . RENOVATION OF A RURAL HOUSE IN TUSCANY

028 . RENOVATION OF A DETACHED HOUSE