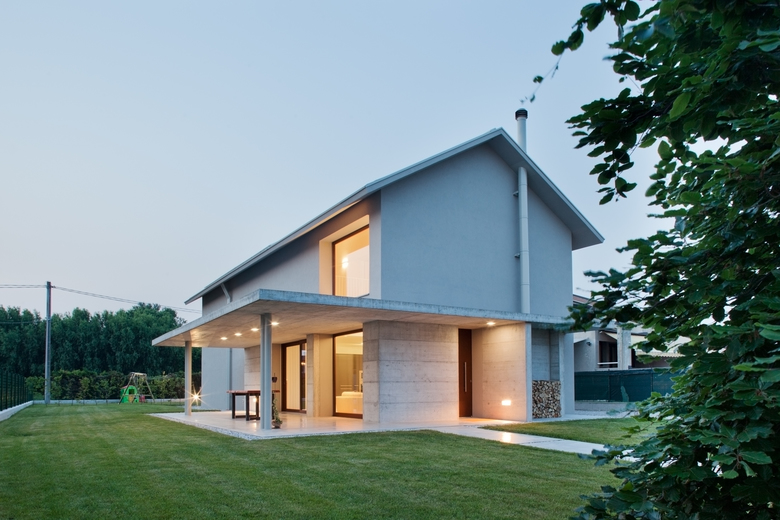 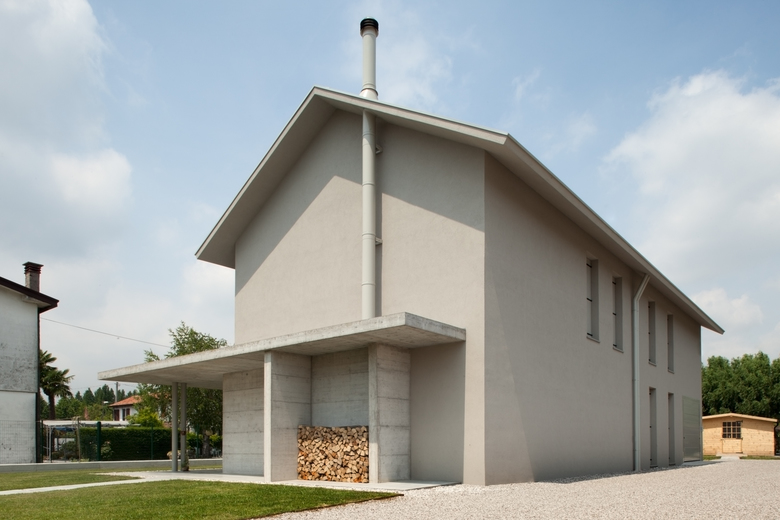 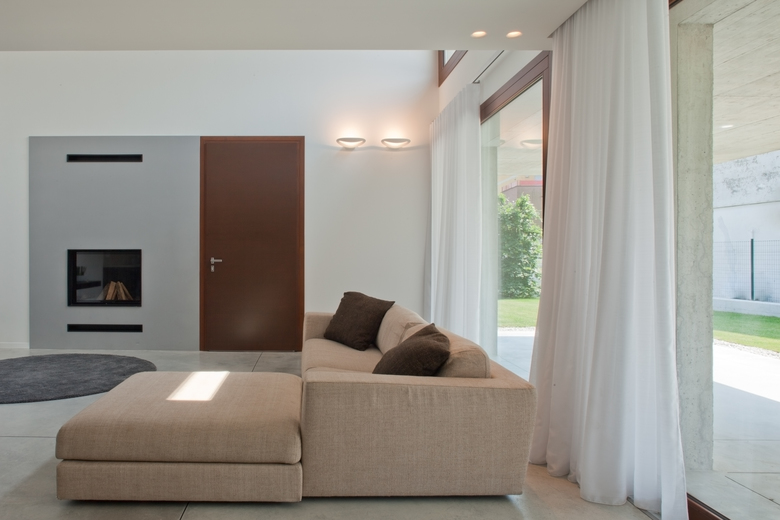 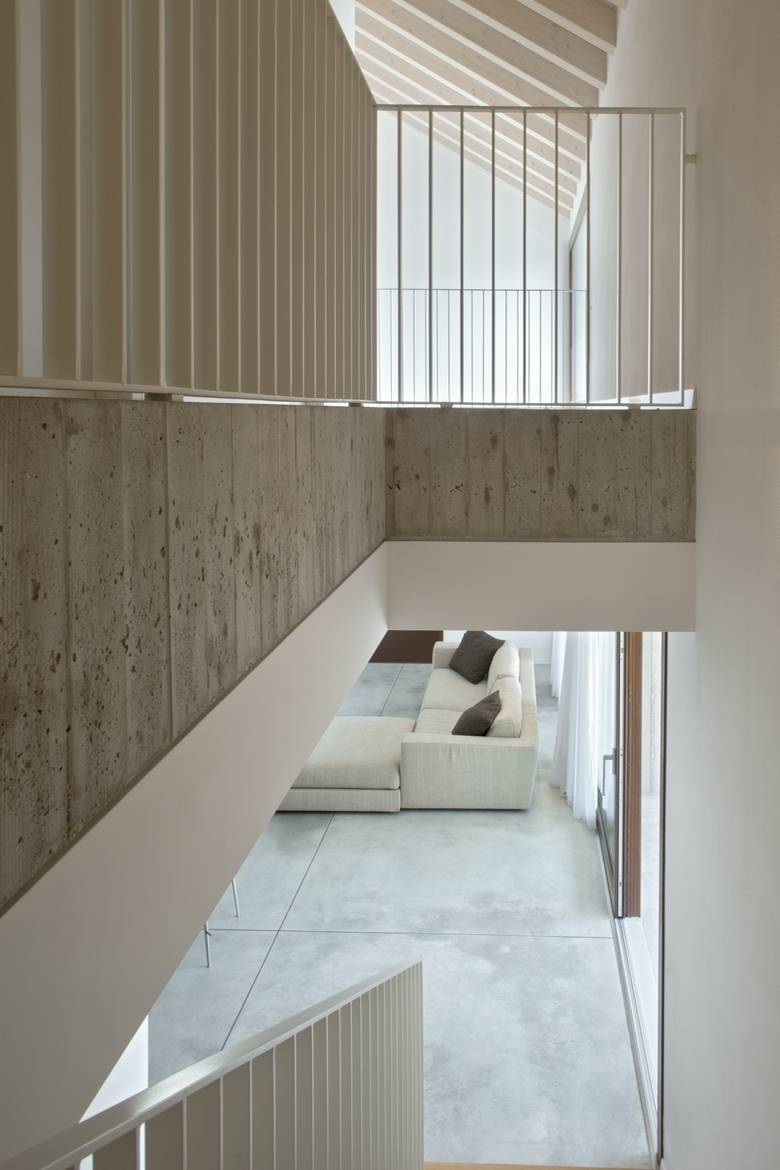 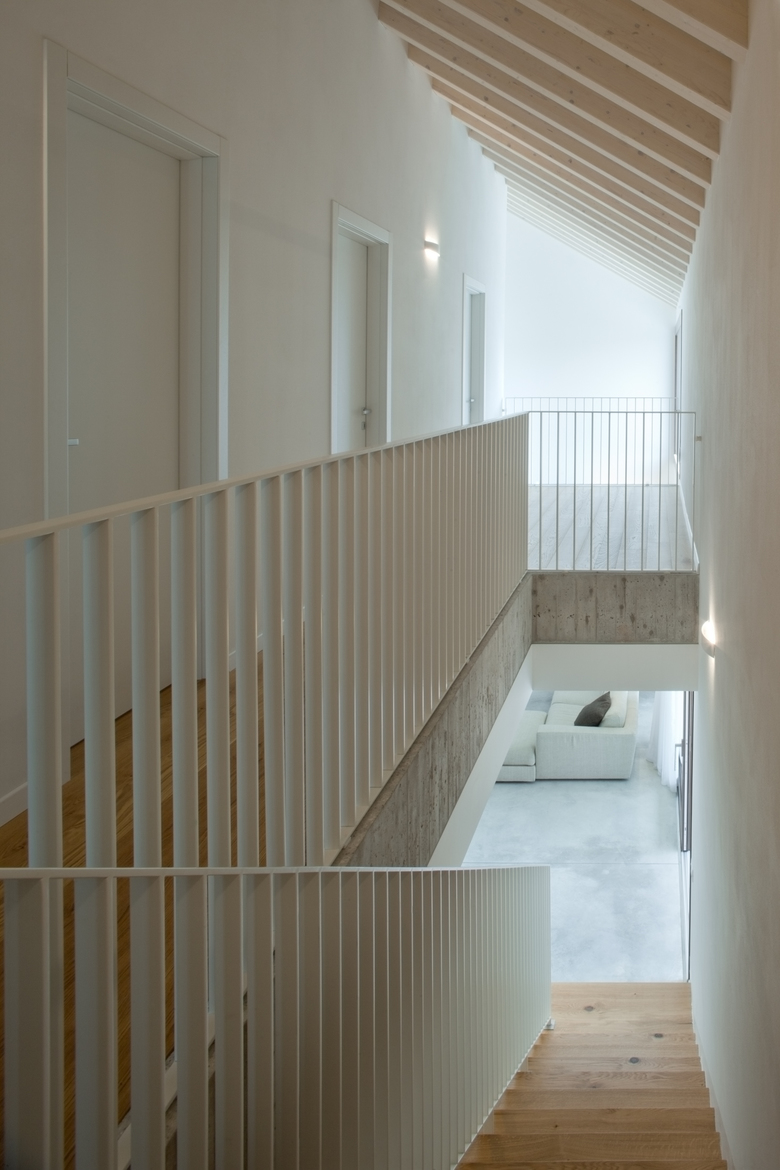 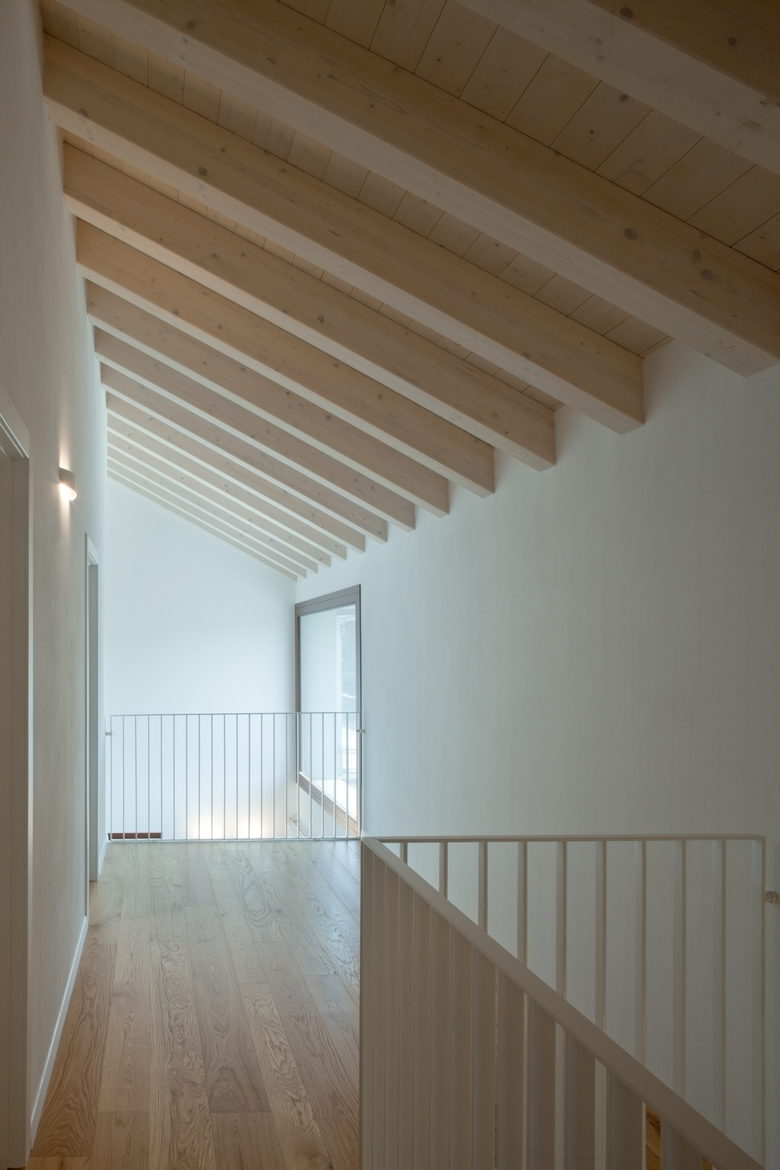 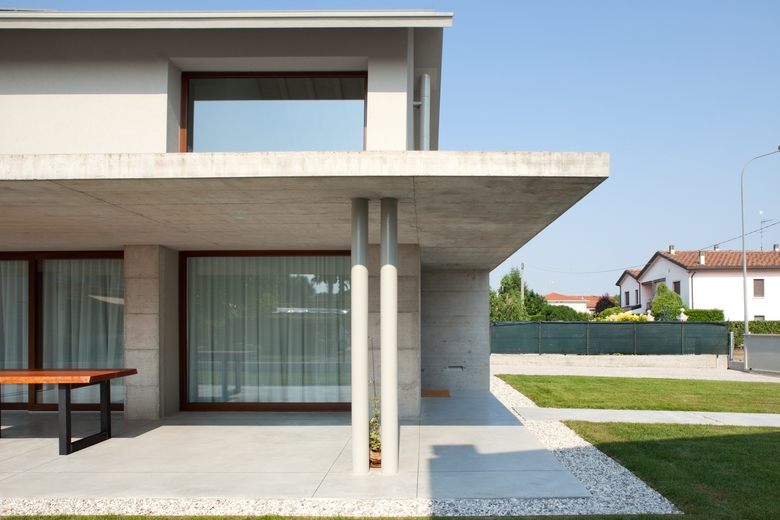 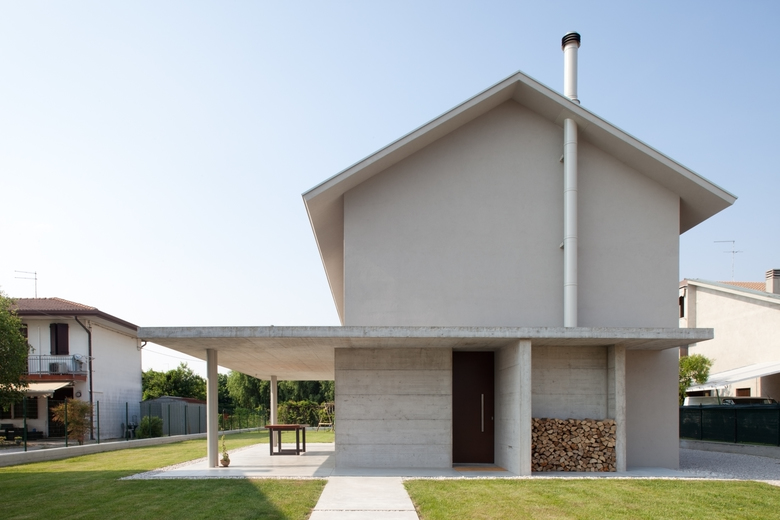 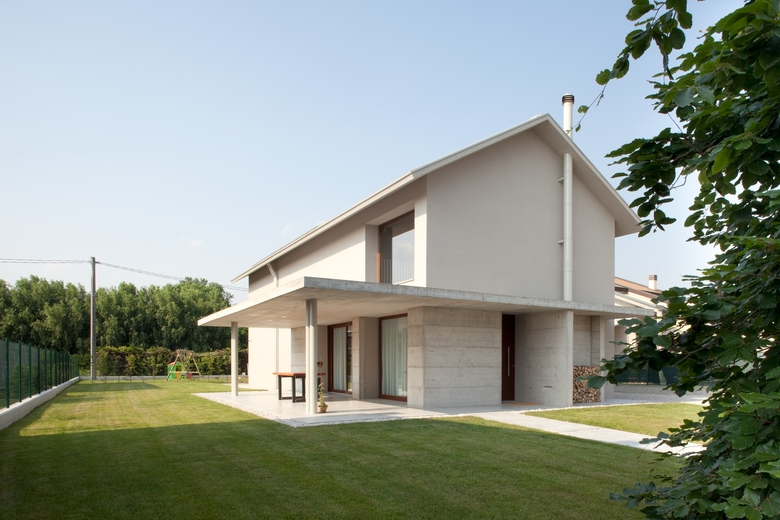 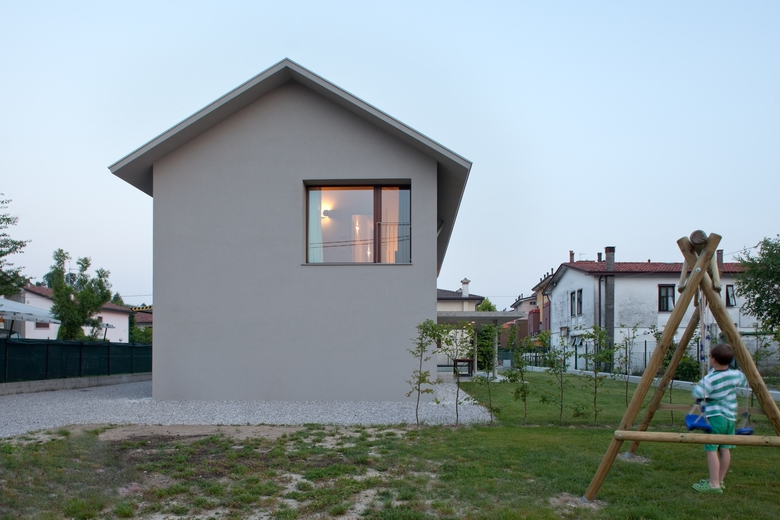 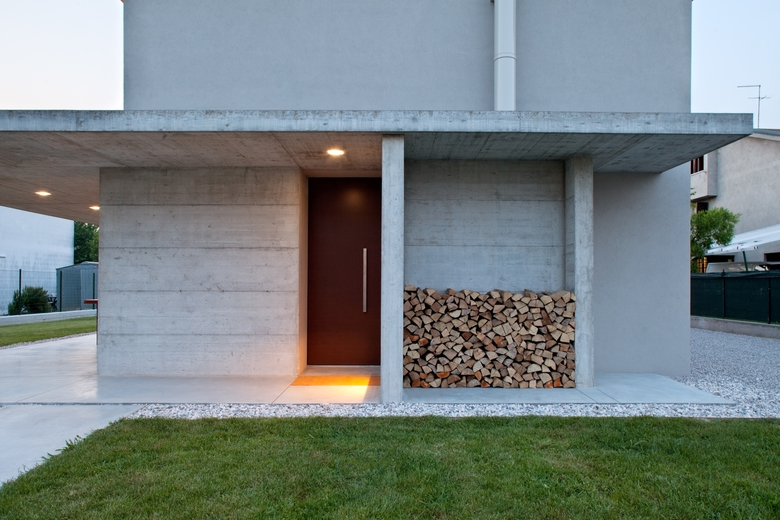 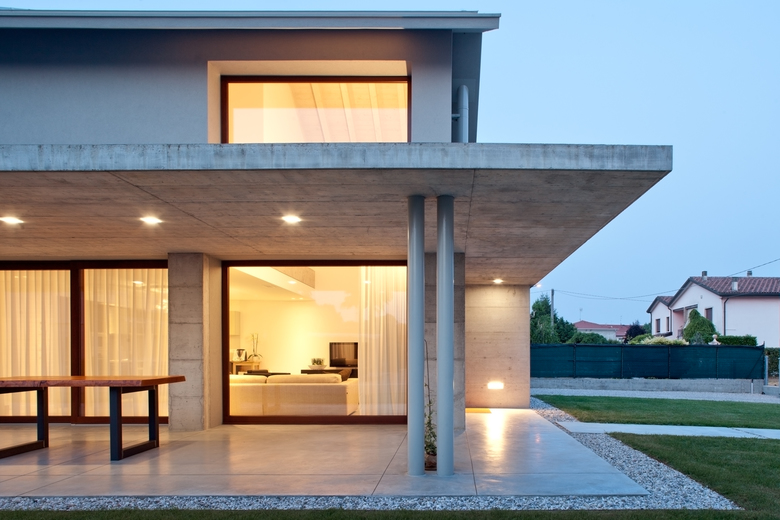 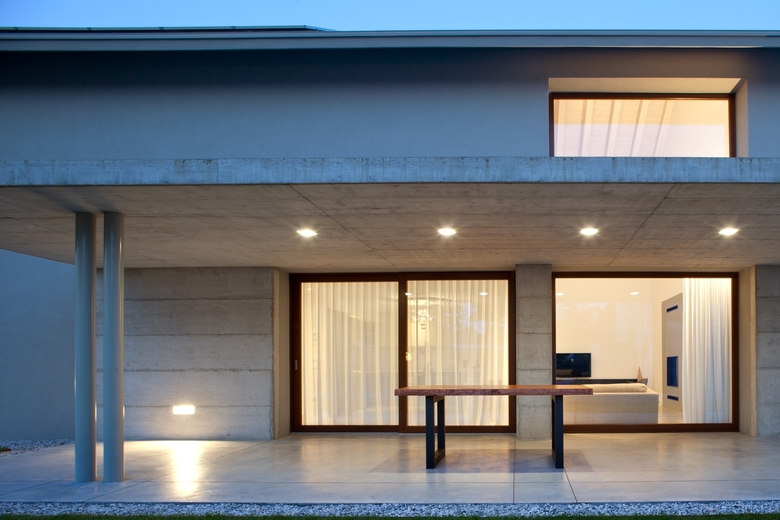 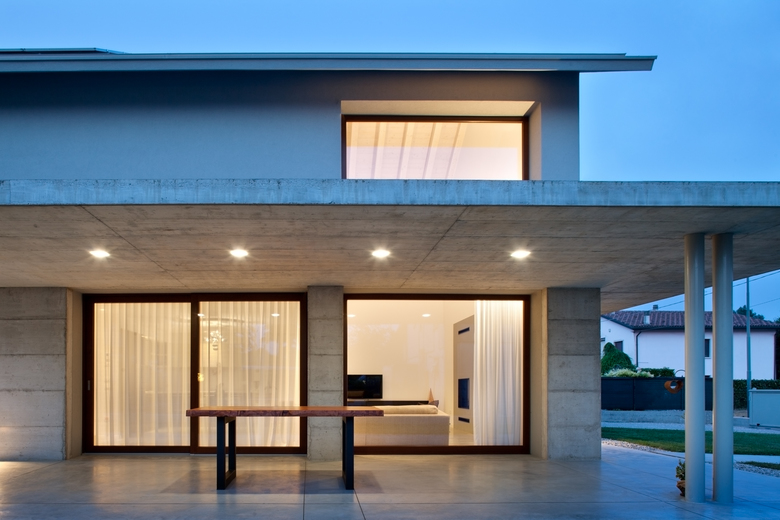 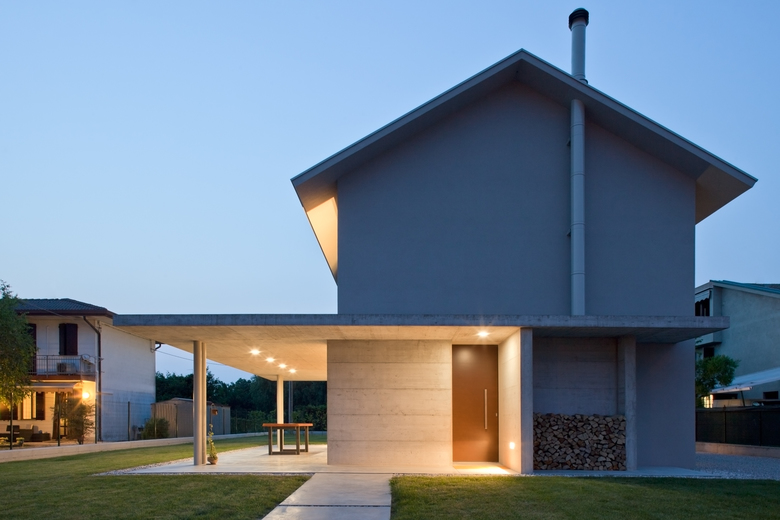 The project takes place within a large parcel in Fiesso d’Artico, a little village along the bankside area of the Brenta River, also called ‘Riviera del Brenta’, in the mainland territory of the province of Venice.

The essential outline and the pure profiles of the architectural volume were obtained by intentionally conceal gutters and drainpipes within the roof stratigraphy.

The designed building hosts a single-family residence distributed onto two levels: one for the day, the other for the night usage.

At the ground floor the space is articulated through the kitchen area, living room, equipment and technical rooms. The entire space is featured by a large glazed wall that leads to the compressed space of the exterior portico, consists of a real geometric procedure of subtraction from the stereometric mass of the building.

This operation favours an ideal and functional connection between interior and exterior, allowing light to diffuse uniformly throughout the ground floor and, at the same time, filtering straight sunlight hitting.

At the first floor have been placed bedrooms and a bathroom. Here, the contrast with permeability of the ground level is declared. The space is more intimate and enclosed although, by facing the large double height space of the living room, the corridor and the staircase transmit natural light coming from the large glass wall and become physical element of connection with the outside.