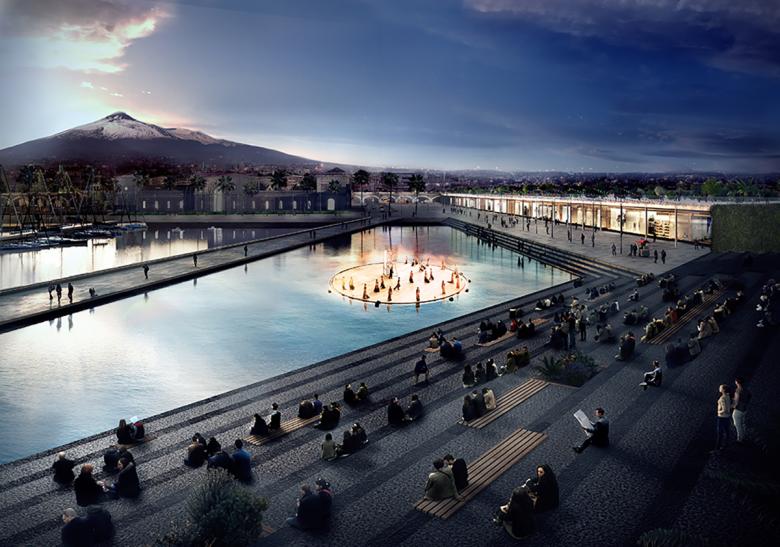 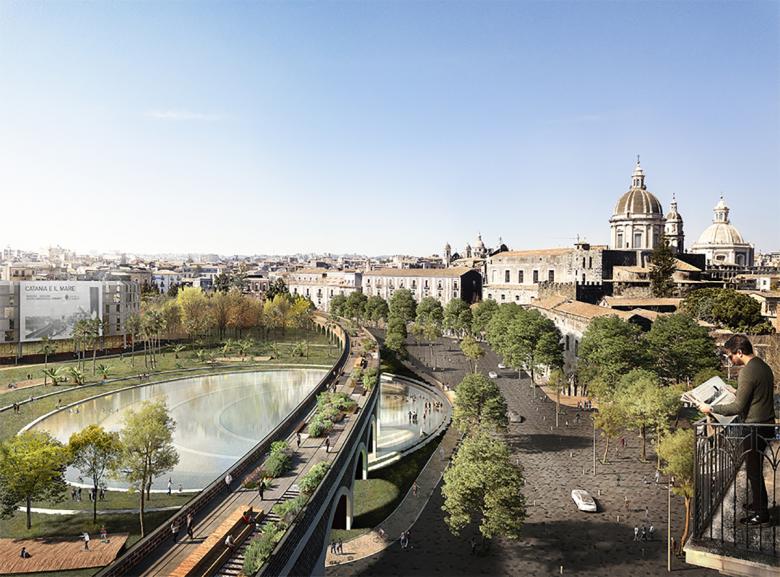 Requalification of the Waterfront in Catania

The Project of the Waterfront of Catania has as its core the water as element and the renewed connection between the city and the sea.
Catania owes its origin and its fortune to the proximity of the sea and the mountain, which gave it relevance, identity and aggregation dimension. Over time, the boundary line between the sea and the historic center is blurred becoming a factor of risk more than resource for the community. This detachment was due mainly to the construction of two infrastructures: the railroad and the port, which created a border front between the sea and the life of the city.
The Masterplan redesigns the Waterfront for 4 km, creating a new landmark, making Catania a seaside city again, also thanks to the infrastructural project that provides for the landfill of the railway line in this section.
Putting water as a core of the project means to be well aware of the conditions that will insist on the life of coastal communities in the medium to long term. The attention to the themes of protection from natural cataclysm caused by the sea as the increasingly frequent floods that break down on the city has oriented the design assumptions.
To become the risks associated with water management, a resource of economy, beauty and renewed livability: this is the challenge we have set ourselves to imagine a new meeting place between the city and the sea.
Revealing the waterfront to the city means working on the margins and spaces of the break line. The requalification of the neighboring spaces to the site, and the creation of conviviality spaces, to walk, to make sport, to have fun, will allow to rediscover the urban continuity between sea and city.
Catania looks at the sea!