The office is based in Milan and realizes projects around the world, such as: Expo Gate, winner project for the Milan Expo 2015 Info Point design competition, completed in 2014, has been shortlisted at the Mies van der Rohe Award 2015; Peck Seoul, the new well renowned gourmet Peck shop in Seoul, built in 2014 in the new Avenuel shopping mall; the Palladio Museum in Vicenza in 2012, where the studio also curates the design of several temporary exhibitions; il Piccolo Peck, in 2016, a little bistrot inside the historical store in Milan; the Zürich Insurance Company Italian Headquarters in Milan, completed in 2009, which has been nominated for the Mies van der Rohe Award 2011 and was finalist for the Gold medal for Italian architecture 2012. From 2005 to 2012 the studio has been in charge of the Corporate image for Luceplan and Estel and has been designing showrooms and stands in Milan, Copenhagen, Moscow, Beijing, New York, Frankfurt and Paris. Scandurra Studio has been taking part in the last two editions of the International Architecture Exhibition at the Biennale di Venezia. It also set up the exhibition Gold medal for Italian architecture 2009 which has been nominated for the 2011 Compasso d’Oro award. 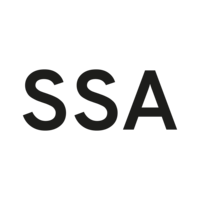