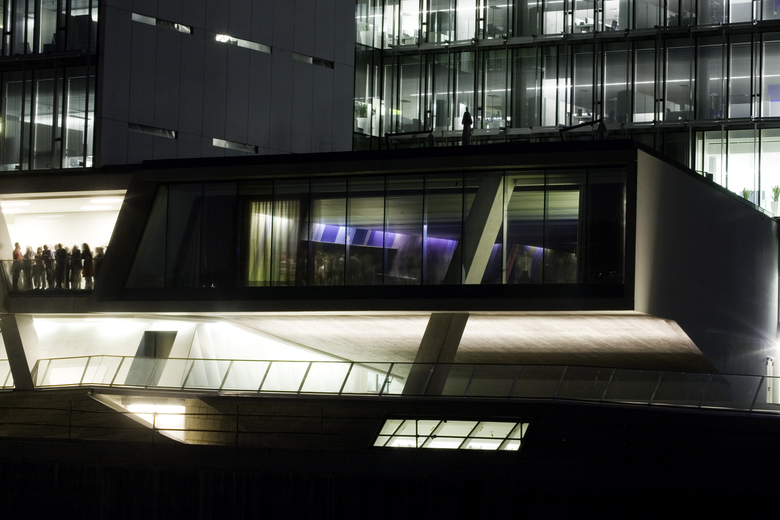 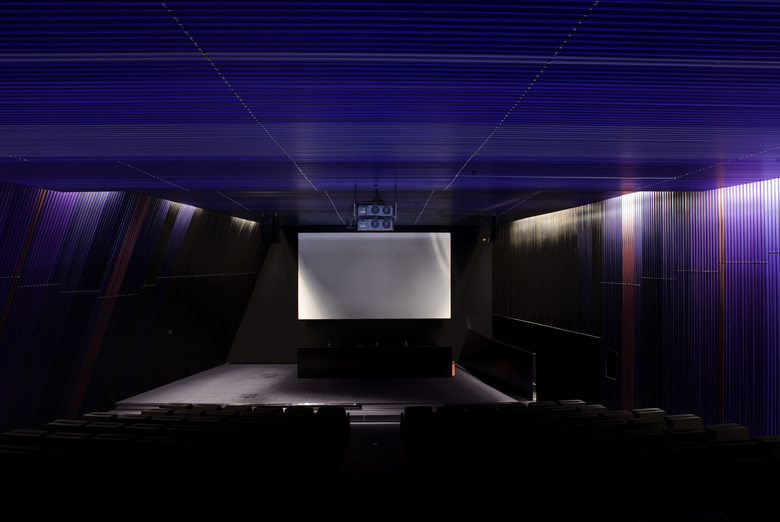 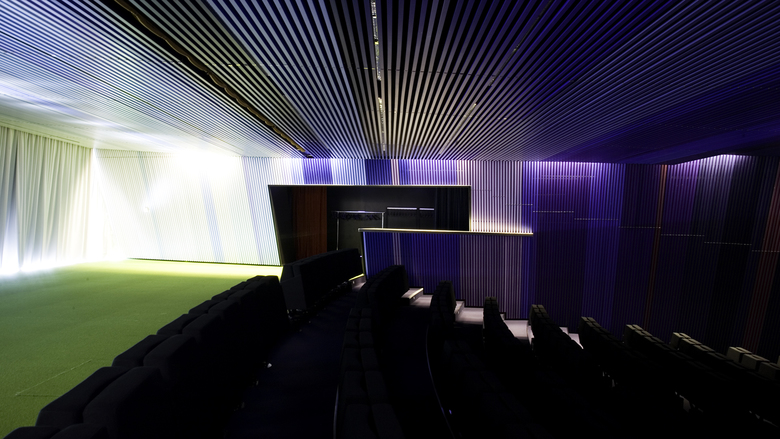 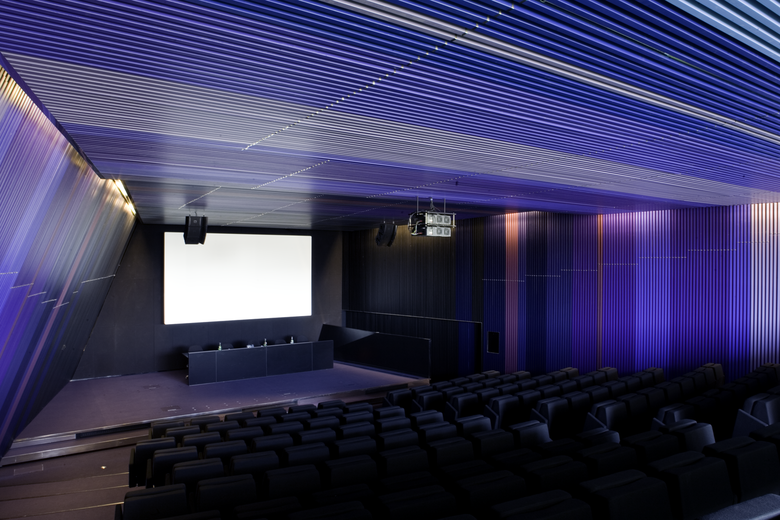 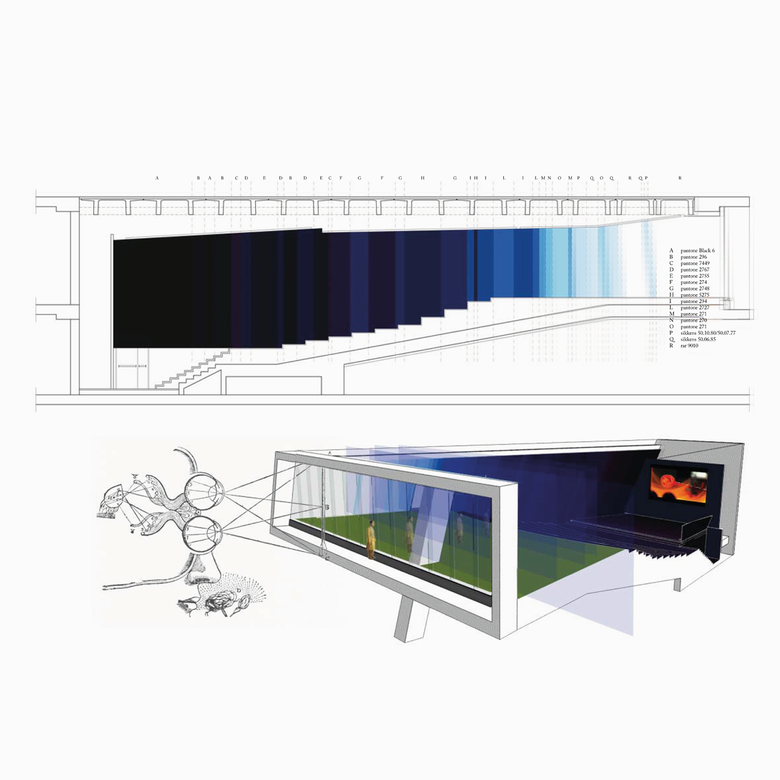 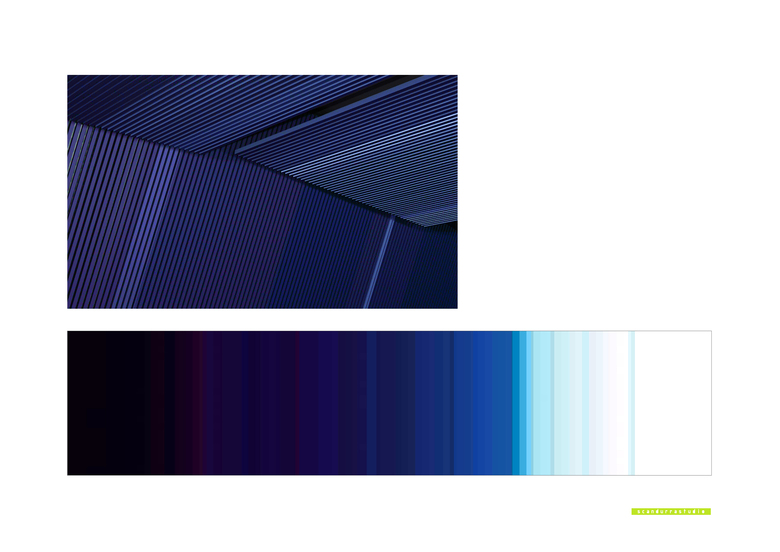 The small building is the union of an auditorium and a distinctive meeting room. The room has a trapezoid plan, from which an irregular volume shaped as a truncated pyramis is raised up, reproducing the shape of a visual cone. The long side of the hall lets natural light in, while the short side is the destination of the projected images. A series of perspective grids, optical surfaces and diaphragms cut the light, laying it down on the screen, where it becomes image. The walls and ceiling of the auditorium reproduce a fade from white light to the black of the darkness, as if the light is forced through a distorted perspective, mixing up the hyper-act of seeing and not-seeing.

Other Projects by Scandurra Studio