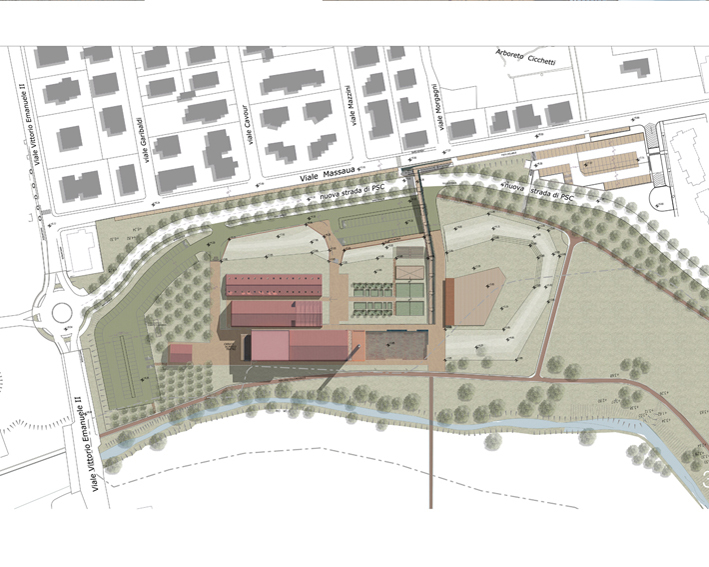 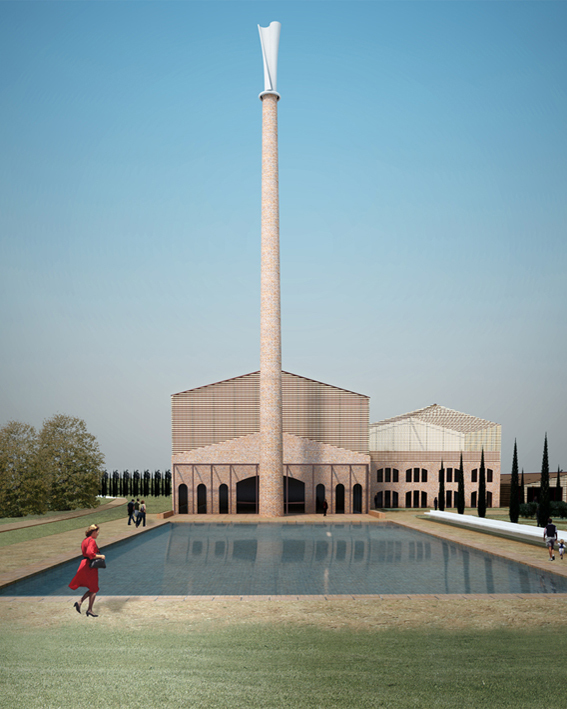 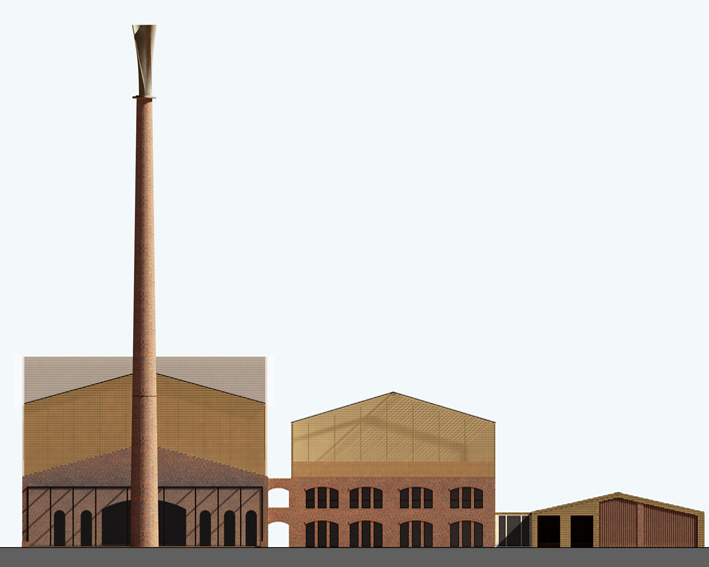 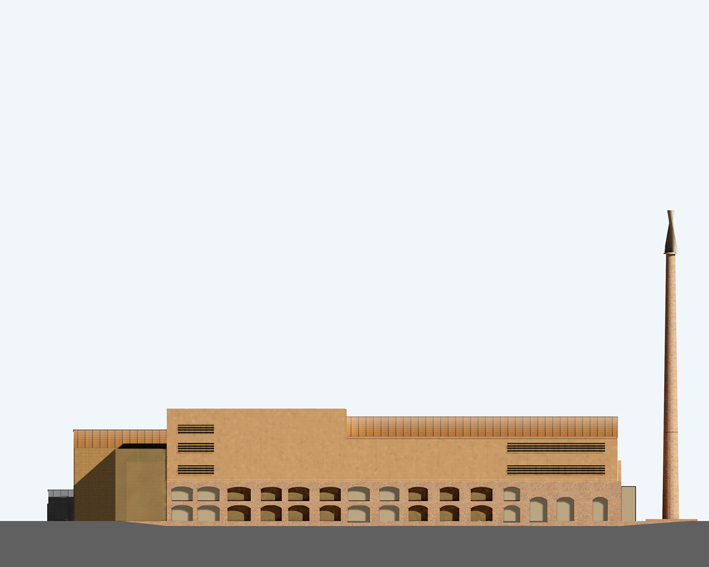 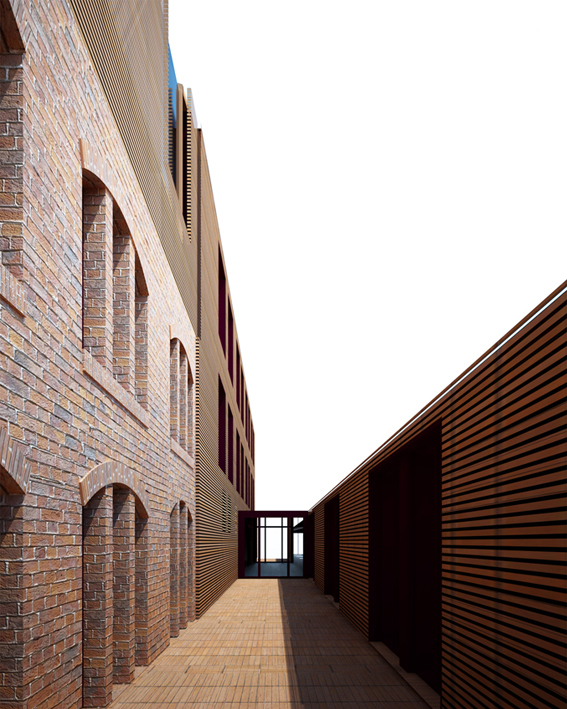 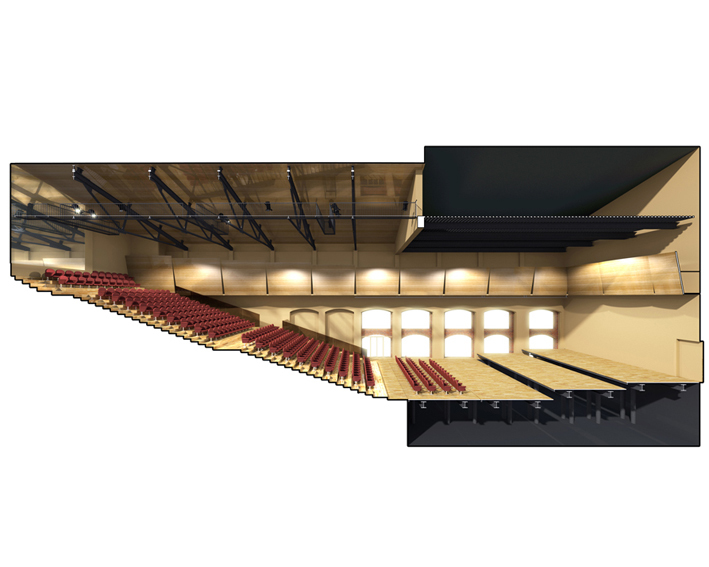 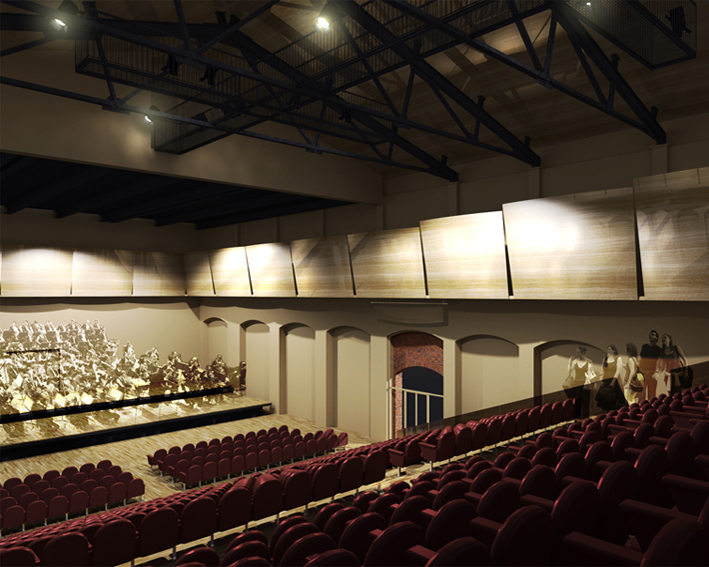 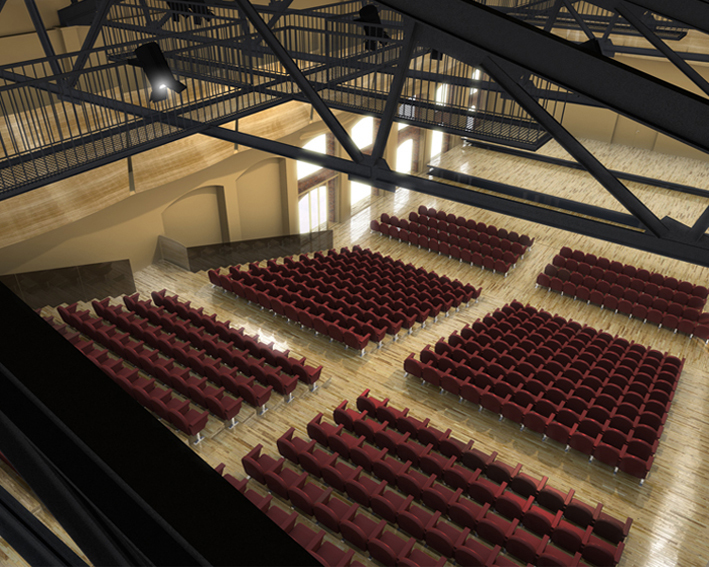 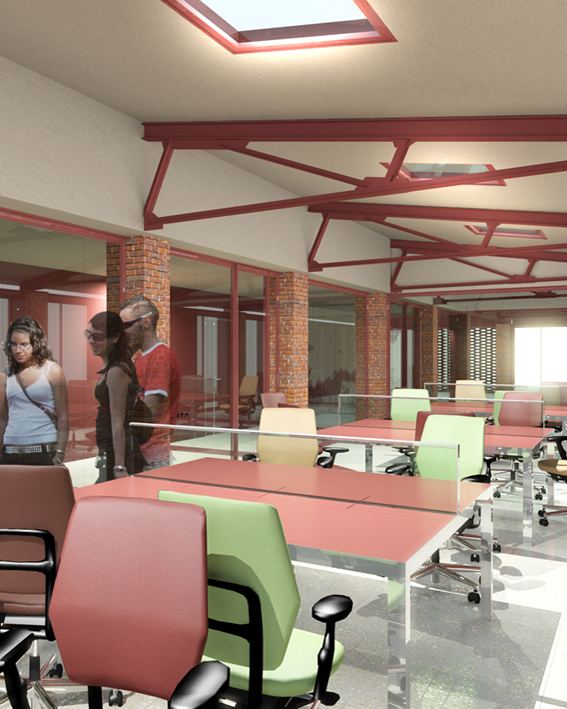 This project deals with the renovation of the old brick kiln in Riccione, which was built in 1908 and then abandoned in 1970. The old functions are replaced by new ones, enhancing the spaces of the old buildings, that keep their shapes, in memory of the site. The projects consists of a school, a multifunctional theatre, an office building and the external setting.

The goal is to reduce the environmental impact, so the old buildings have been replaced by new high standards ones, without occupying new areas. The structures have simple and recognizable shapes, with the same materials and colours, and the historical and architectural features are now read according to a contemporary point of view. Following the never ending addition process, the aim is a temporal continuity in terms of composition, in order to make the future transformations possible, although keeping a strong identity. From this point of view, there's a new comparison between the old bricks and the new surfaces, between the old chimney and the new one, that becomes a symbol.

The school consists of a one storey volume linked to a two storey one. The classrooms are accessible from a central corridor; the offices, the teacher's room and the library are separated from the gym by the volume containing the stairs and lift. On one hand, the project wants to renovate and enhance the old brick walls, on the other hand, it wants to establish a difference between the existing buildings and the new ones, keeping a coherence in the entire intervention.

On the outside, brick sun control louvers are used in order to balance a traditional material with an innovative shape: they give, at the same time, both coherence and differentiation to the complex.

The school buildings have metal polonceau trusses; over the gym, the sun control louvers system encloses a terrace.

As far as the theatre is concerned, the relationship between existing and new is faced keeping the same materials but changing the shapes, so hat a bond is created between the existing building and the contemporary one. The theatre is a monolithic and monumental block, where the openings are hidden by the facade system.

The square and the entrance are the most significant architectural elements. They are a kind of extension of the foyer, a place signed on both sides by two long stone benches.

Research and Documentation Centre of the Lombardia per l'Ambiente Foundation