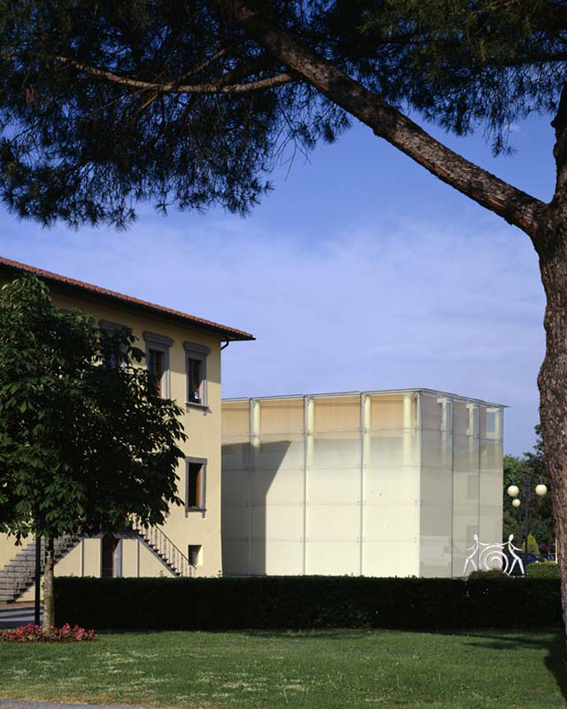 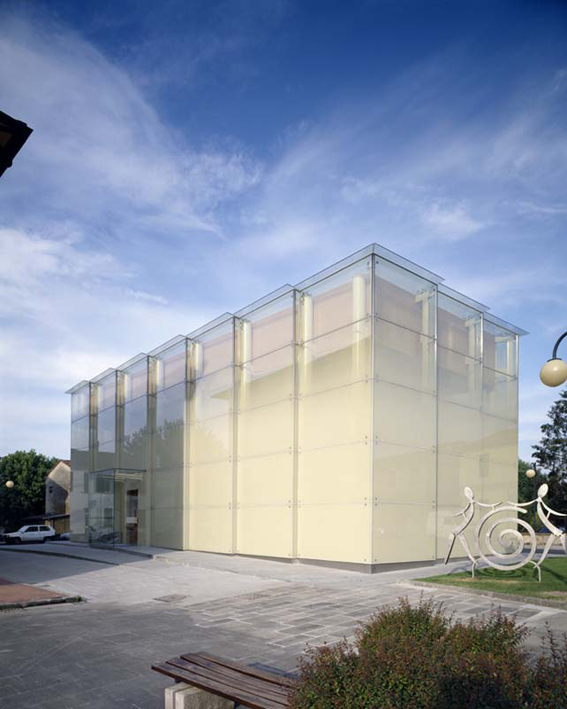 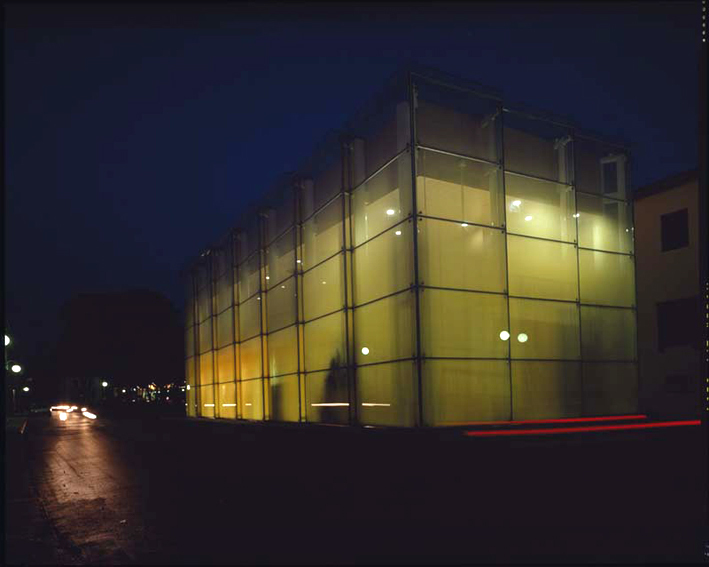 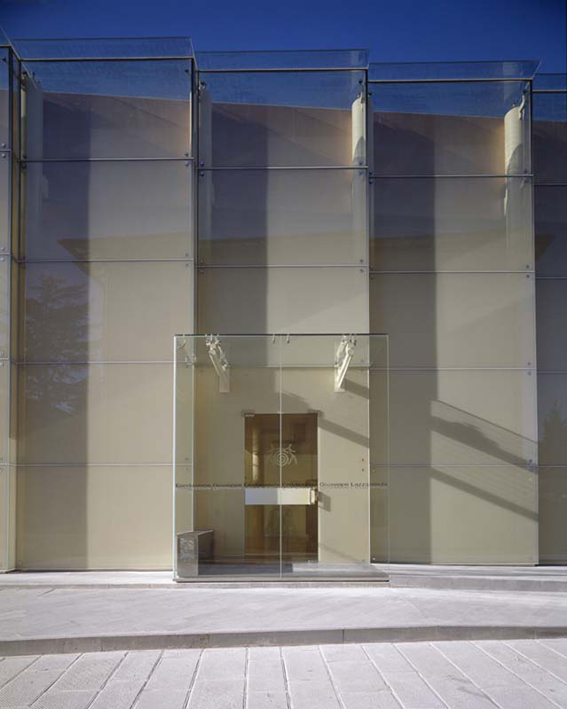 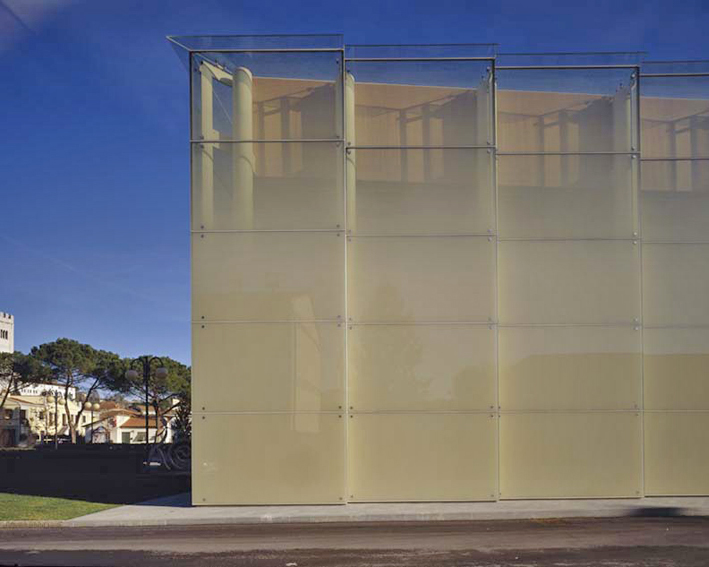 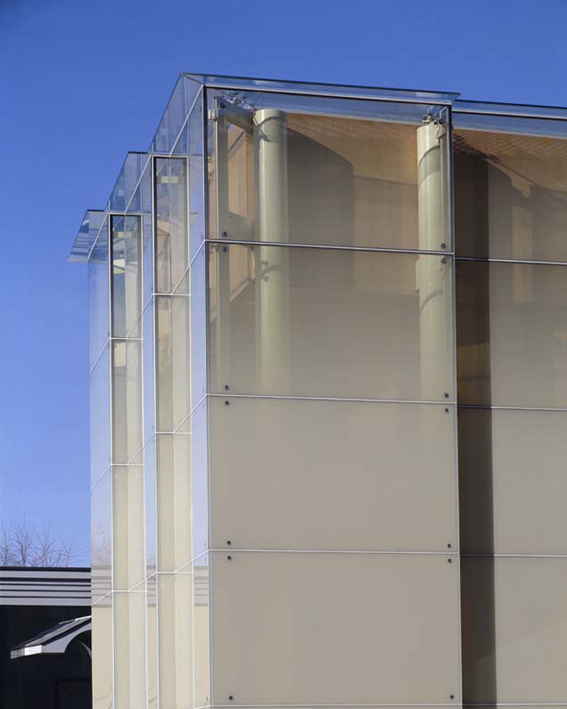 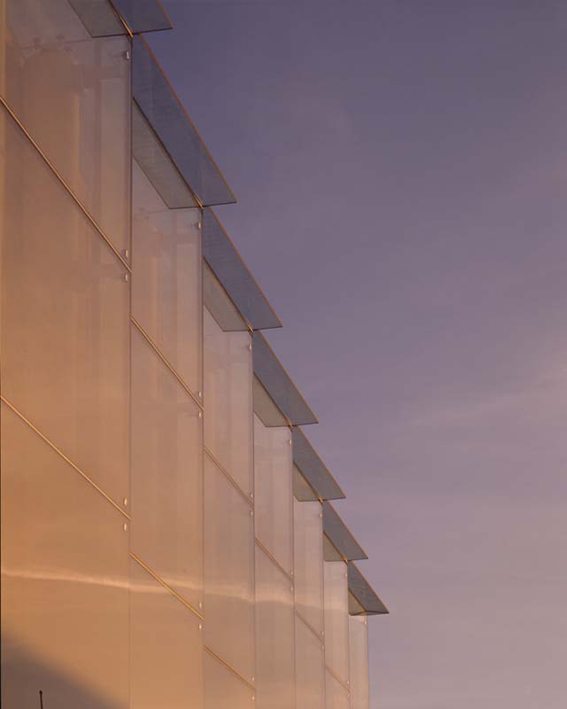 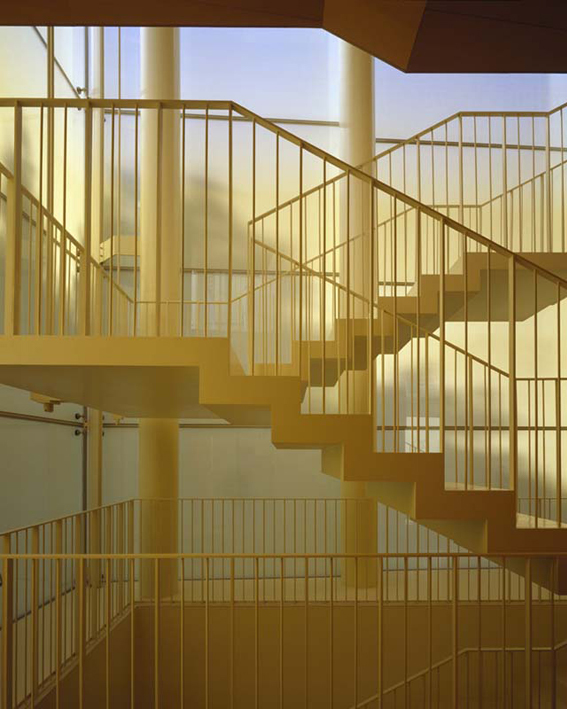 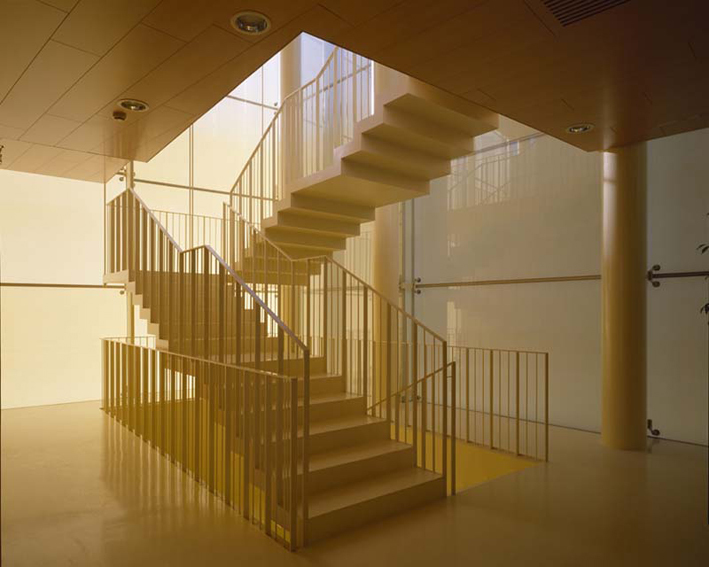 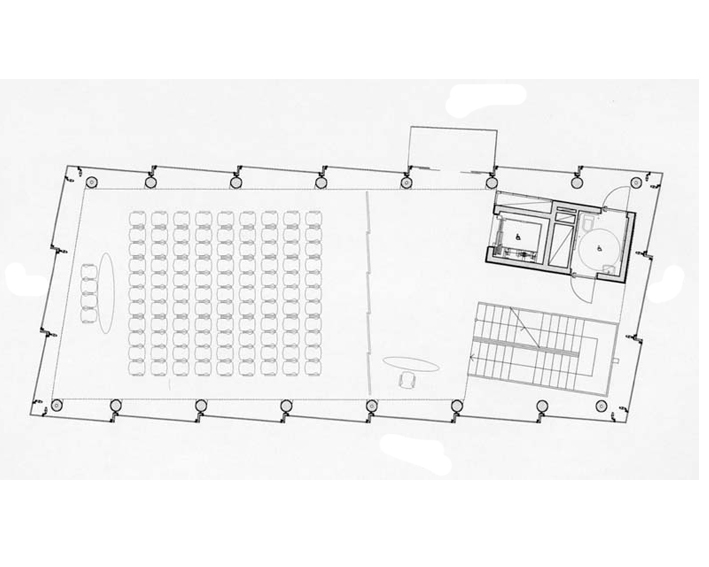 The Lazzareschi Foundation Centre was created after the Lazzareschi family’s wish to keep Giuseppe’s memory alive. The Public Administration immediately supported this initiative, proposing themselves as partners and offering the area next to the City Hall. It was built in only six months and by November 21st, 2003, decennial anniversary of the premature disappearing of Giuseppe Lazzareschi, the Centre was opened. The building's features make it a suggestive public space disposed for the community, where to promote social, cultural and enterprise events.

The project idea was to create an abstract and light volume, partially transparent; a piece of architecture set to contain exhibition spaces.

The cover slightly degrades from a strong yellow colour at the ground level to an absolute transparency at the ceiling, where it lets catch a glimpse of the internal areas.

The simplicity of the volume shape hides inside the required technological structure to support the panels of tempered glass, and the beech wood cover hide the attic and the service area.

Great care has been given to the study of the internal design, to allow the exhibition of the artwork, whether paintings or sculptures; the Lazzareschi Foundation Centre has also a conference room and archives.

Research and Documentation Centre of the Lombardia per l'Ambiente Foundation