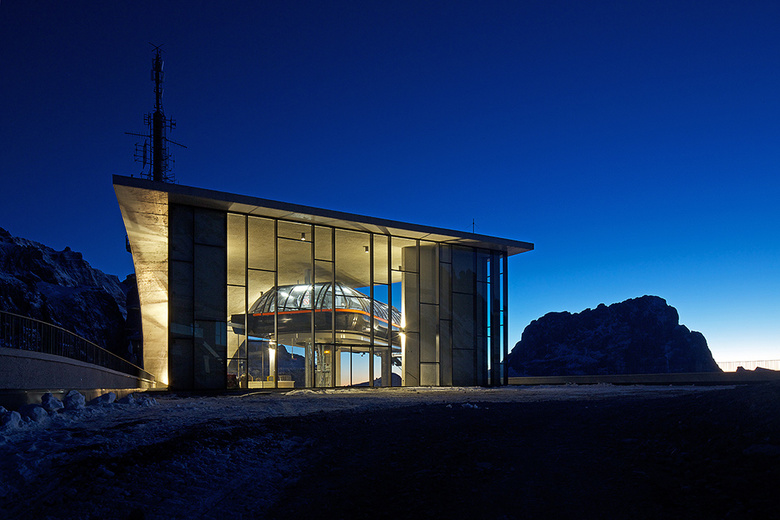 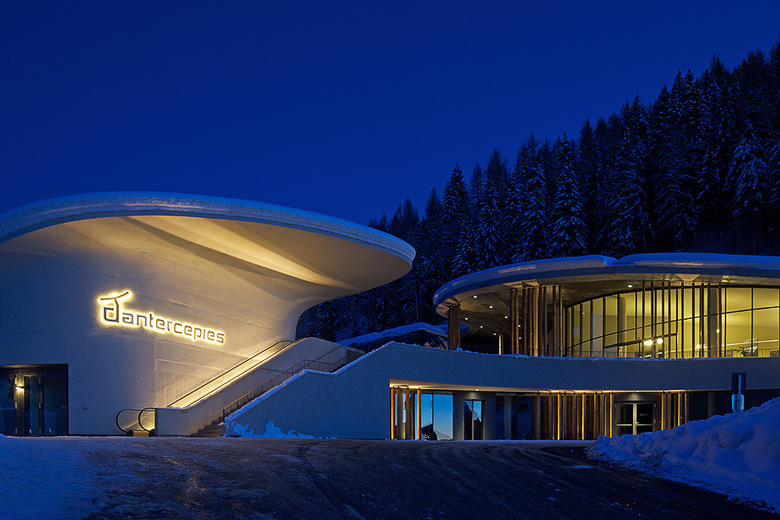 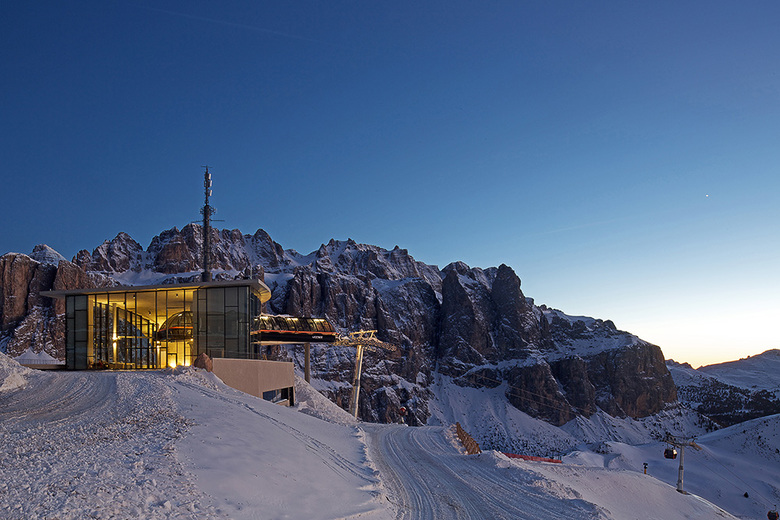 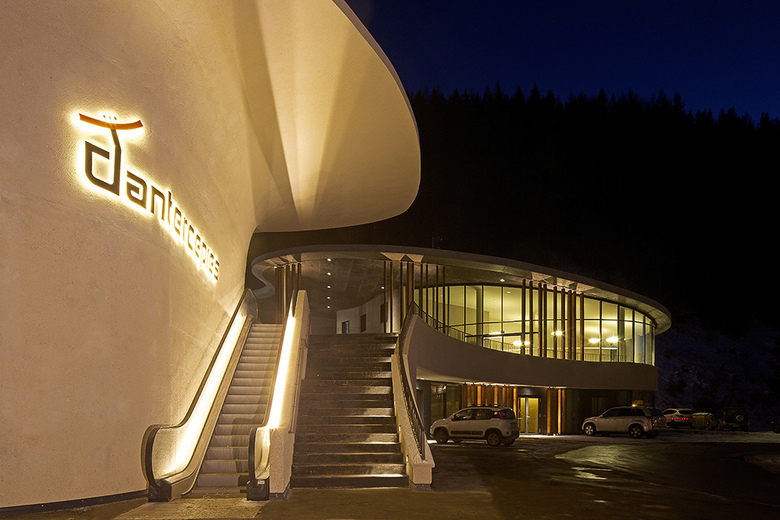 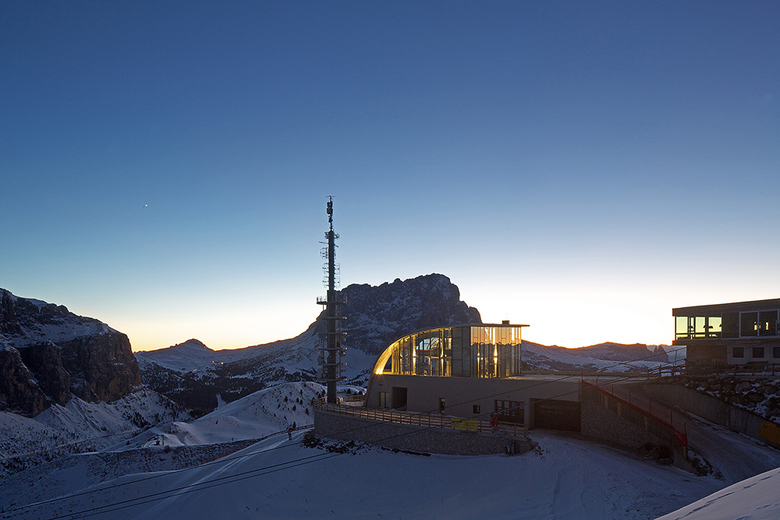 The morphological insertion of the buildings into the alpine environment was a major part of the project of the Dantercepies cable car. The valley, mountain and middle stations were all built out of cement mixed with sediments of local dolomitic gravel.

The original project had to be completely revised, adapted and newly approved due to two landslides in April 2013. Nevertheless, the project could be realised during summer 2013.

Other Projects by Perathoner Architects