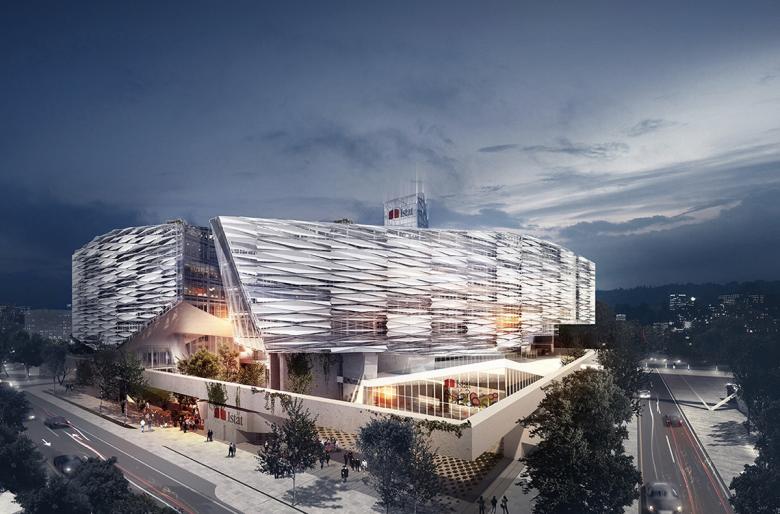 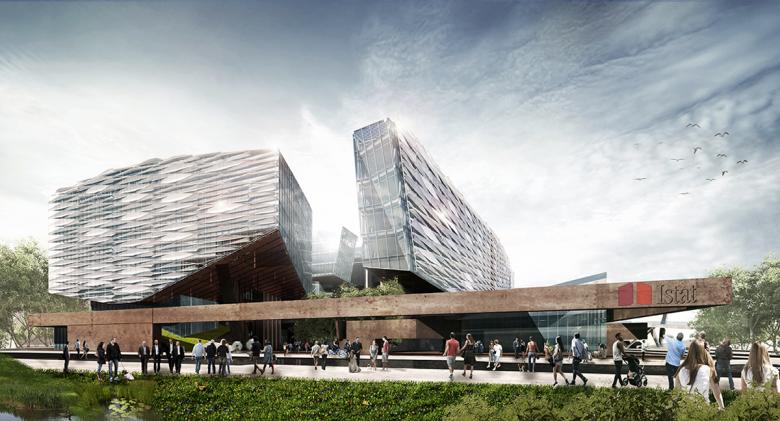 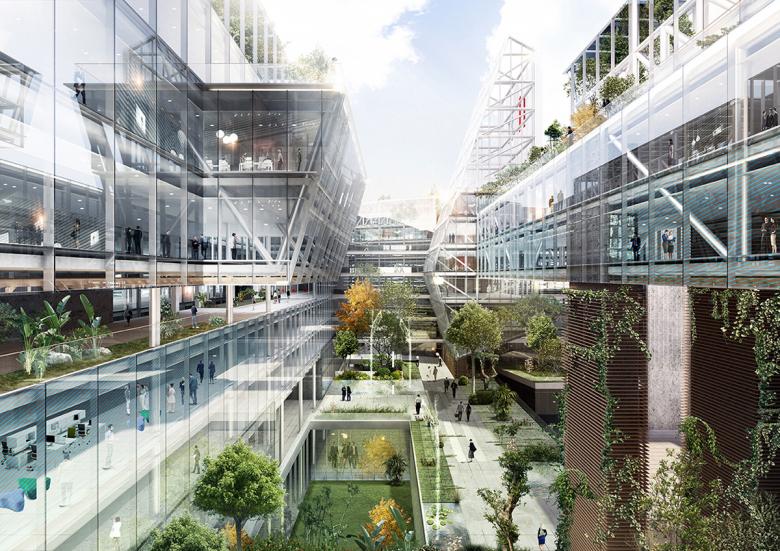 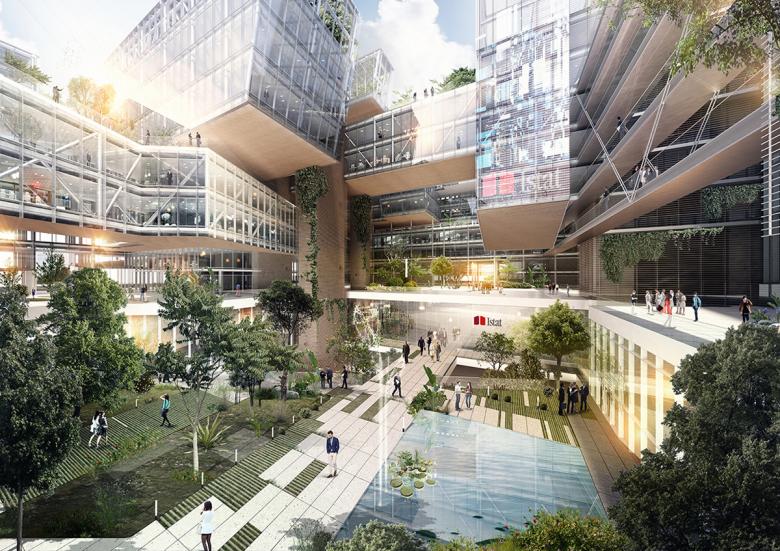 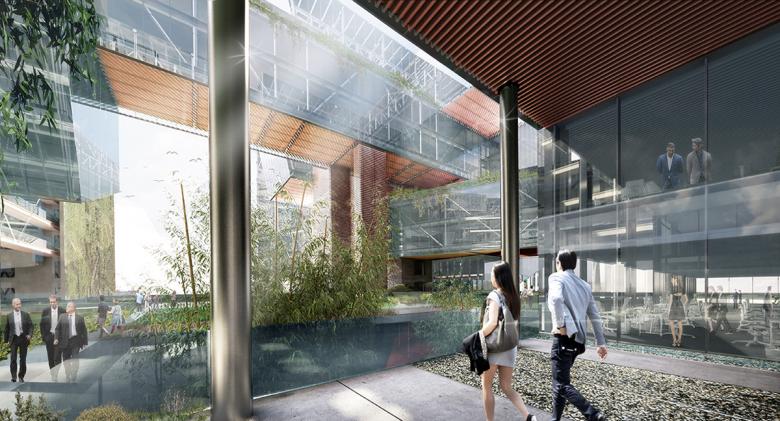 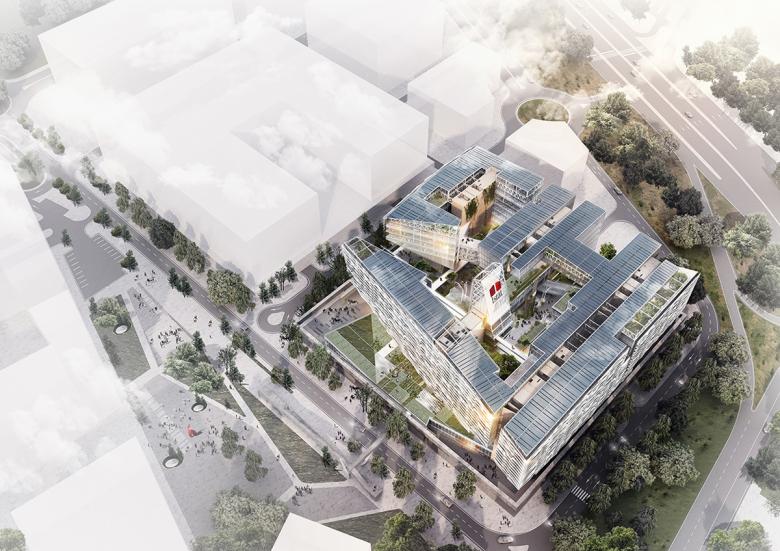 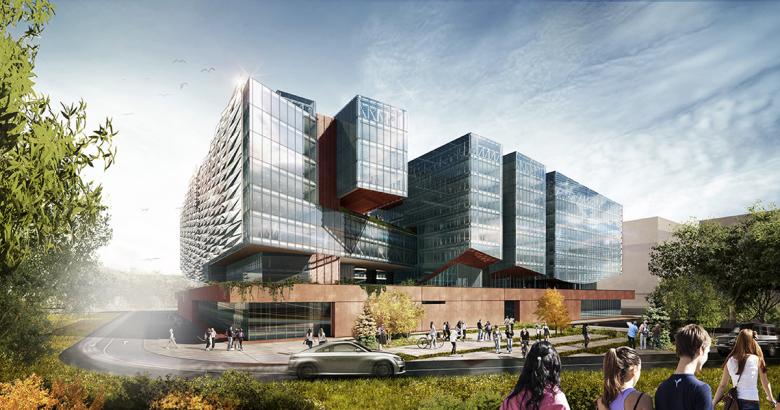 At the basis of this project developed by Nemesi for ISTAT competition there is the idea of a mathematical matrix system, interpolated with the idea of architecture-landscape: the mathematical rigor of the data processed by ISTAT meets the idea of collaborative community that is found in this company.
Hence the idea of a volumetric and functional matrix, composed of similar and repeated geometric modules, which is connected to a horizontal and permeable dimension of architecture, in the relationship with the territorial context in which the building is located.

As said this project revolves around the idea of the matrix, that is the architectural development based on the alternation of full and empty spaces. The mathematical matrix system inspired the project in the construction of similar and standardized architectural modules, arranged around the central courtyard.
Here - as in the numerous terraces, courtyards and hanging gardens - the urban aspiration of the project can be traced, able to offer the employees of the company the necessary environmental and working well-being. The architectural complex imagines itself as an urban infrastructure from which the theme of the "City of Statistics" project is born.

Other Projects by Nemesi Studio

Functional variant of the ENI project