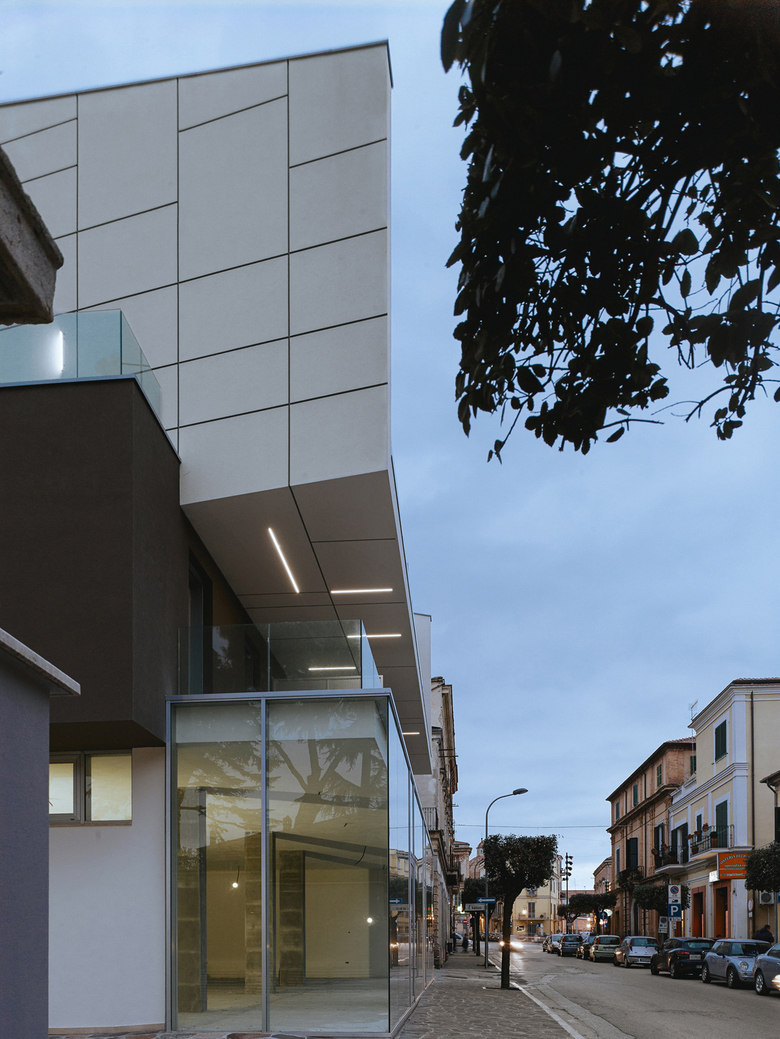 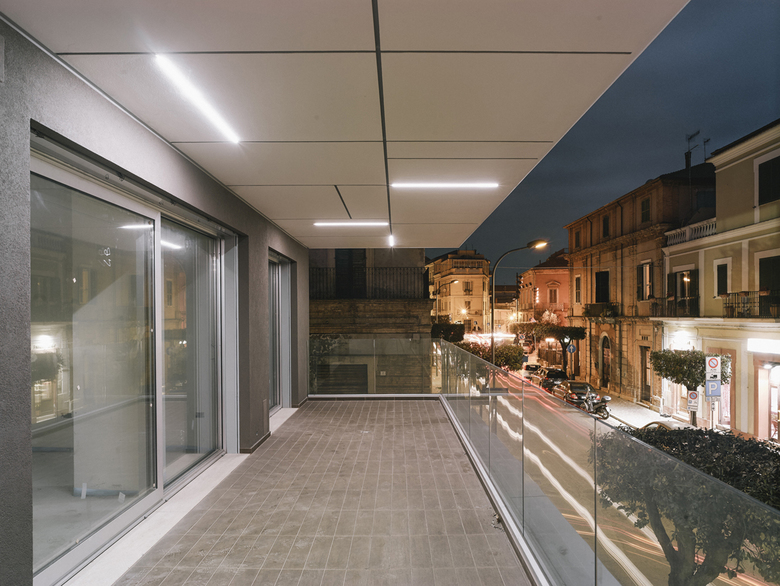 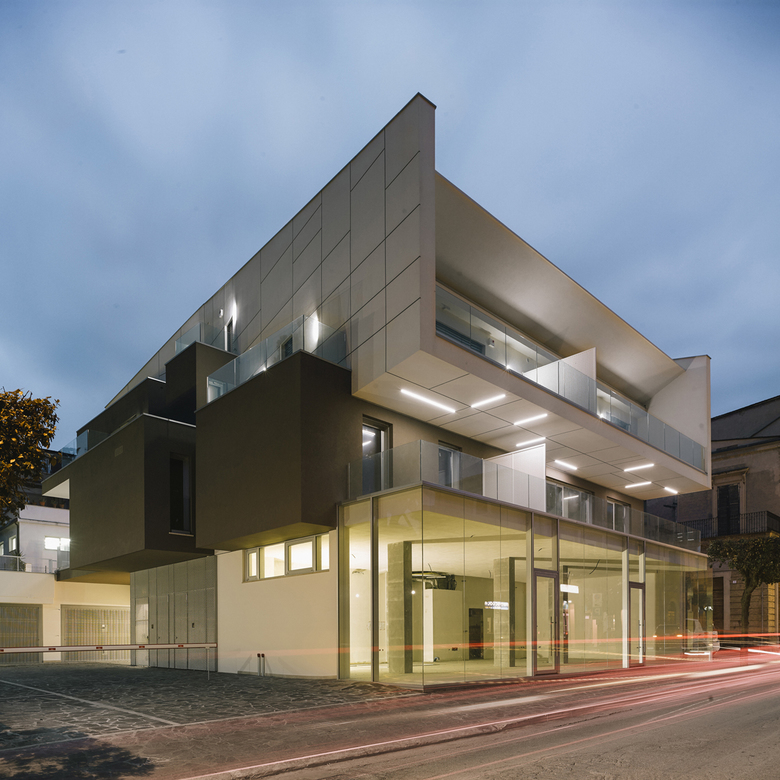 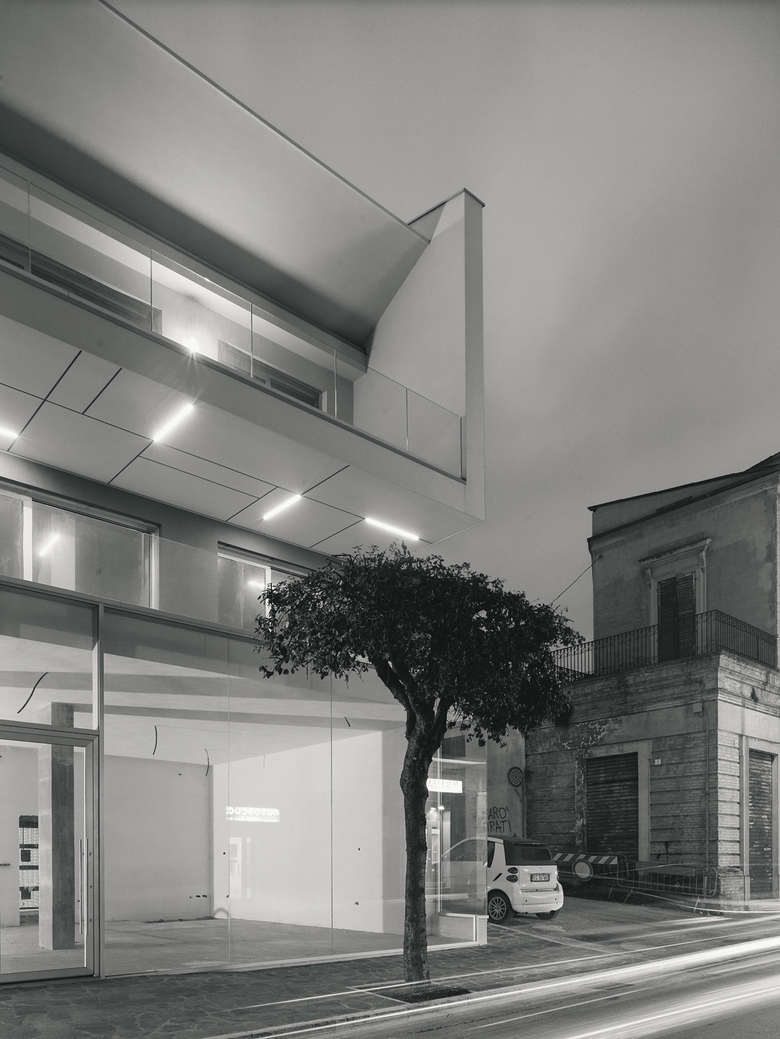 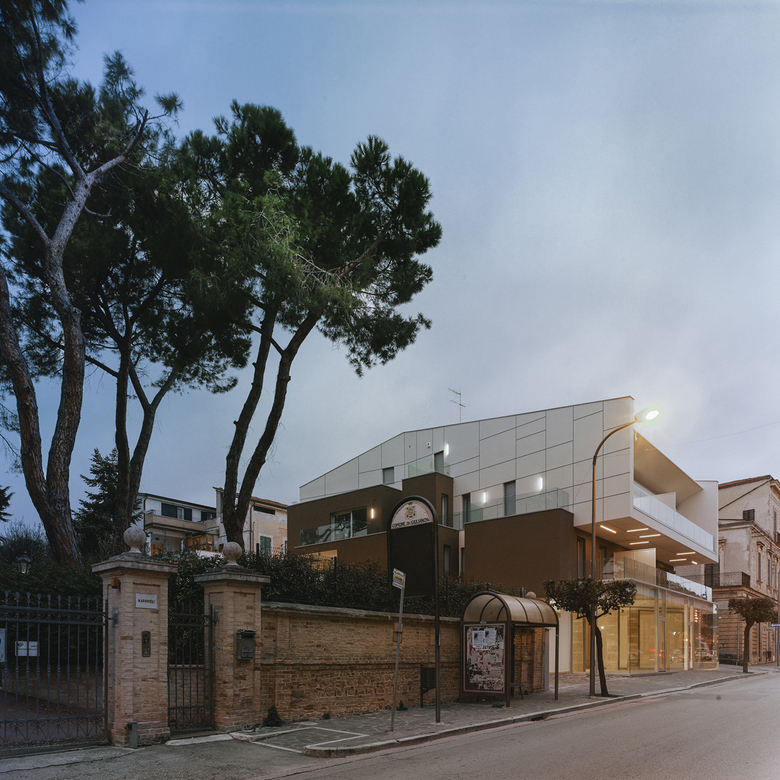 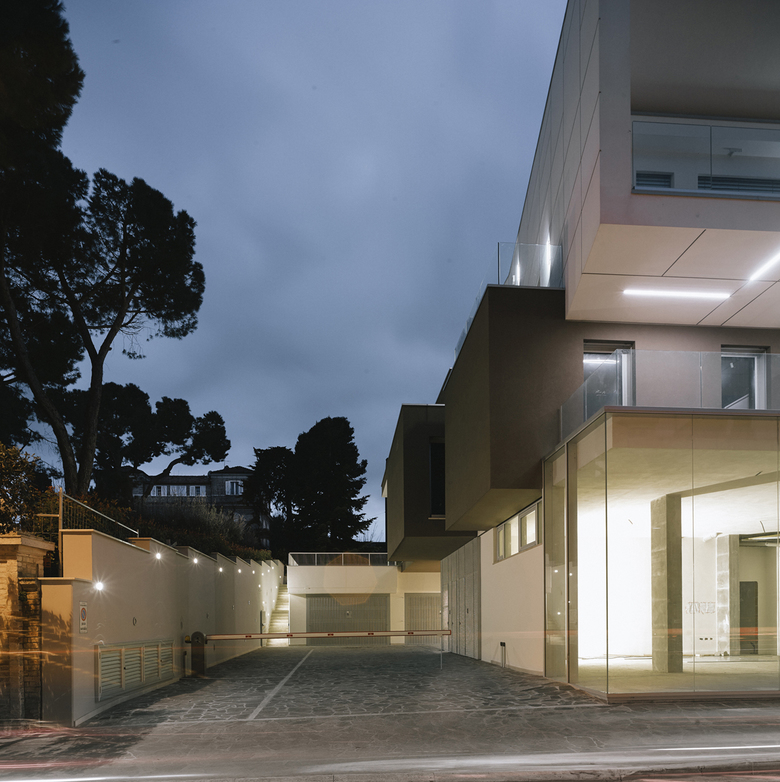 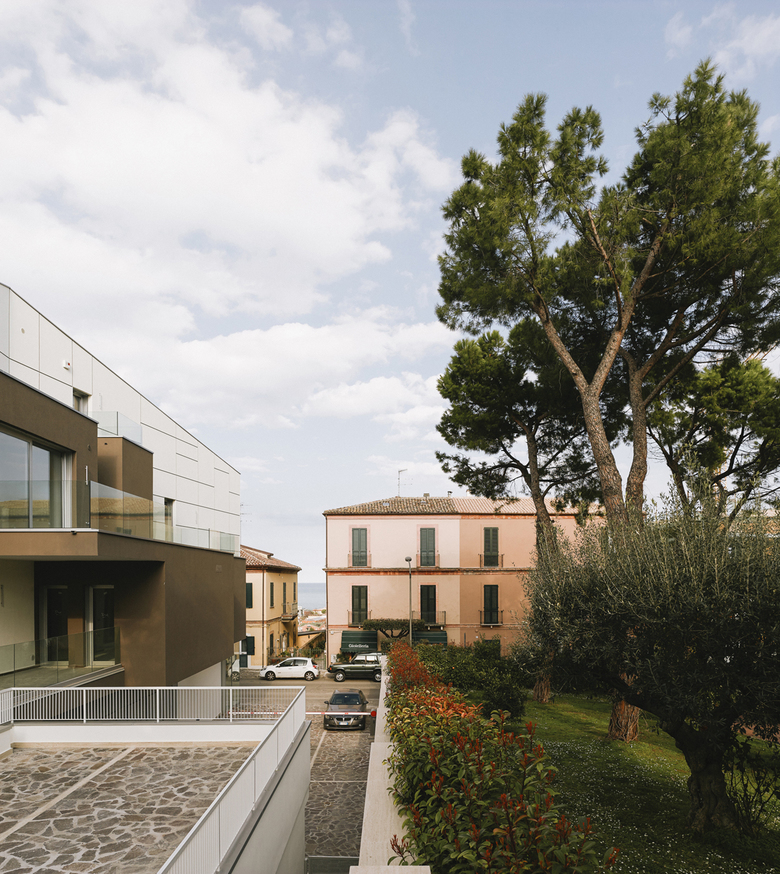 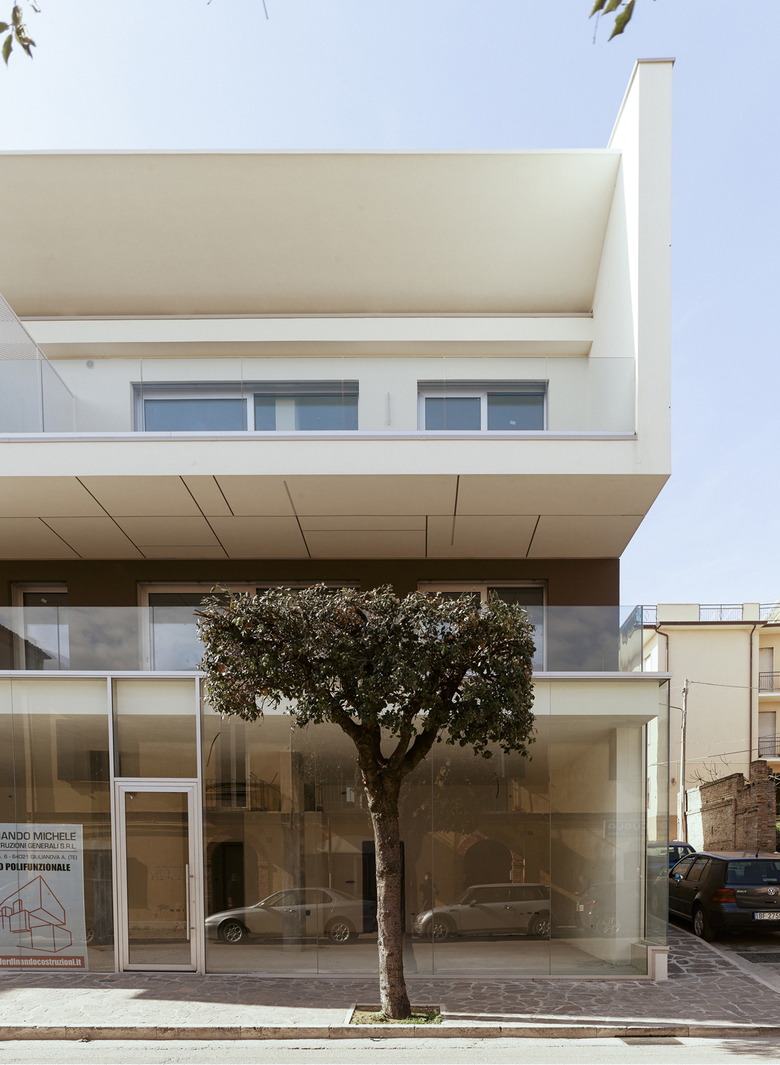 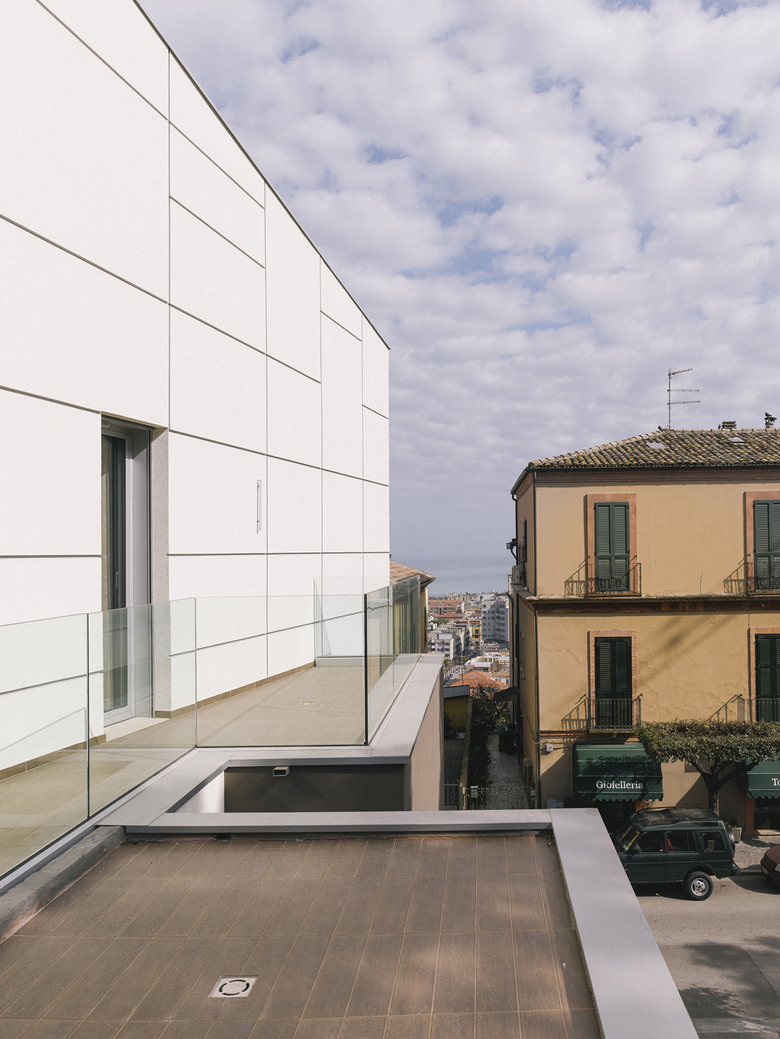 This residential and commercial project is located in the upper part of Giulianova, in Via Antonio Gramsci, at the intersection with Via Cesare Battisti.

The idea of ​​the project begins with the sloping terrain. A podium level (commercial, residential services, roof gardens) is surmounted by an east-facing volume that looks toward the sea; the simple geometry bends and warps on the south side to capture the landscape of the adjacent park.

The project is essentially composed of two parts:
1) a transparent glass podium (commercial and accessory functions) situated along Via Antonio Gramsci.
2) a second volume resting atop the podium.
The upper volume of residential units is in turn ‘doubled’: one part is composed of "semi-independent" residences accessed from terraced gardens and served directly from the entrance on Via Cesare Battisti, and a second part served by the building’s vertical circulation.

The first, on the south side, is articulated by volumes projecting beyond the perimeter and the face of the upper volume, finished in coloured plaster.

The upper portion is strongly characterized by the shape of the roof that defines the line separating building and sky; to the south it is marked by a bend in the perimeter wall.

This part is sculpted by the pattern of stone cladding. The east and west elevations feature very large openings offering views toward the sea and mountains. The total area of the project is ​​approximately 1,600 square meters.