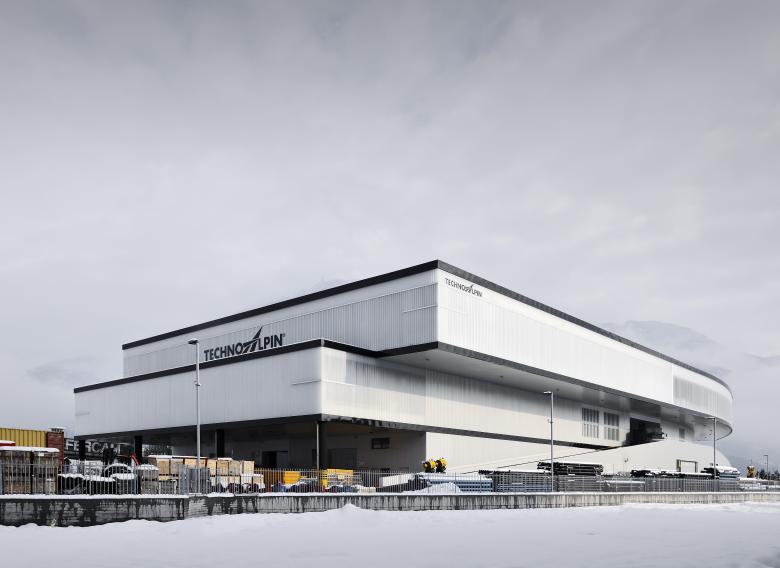 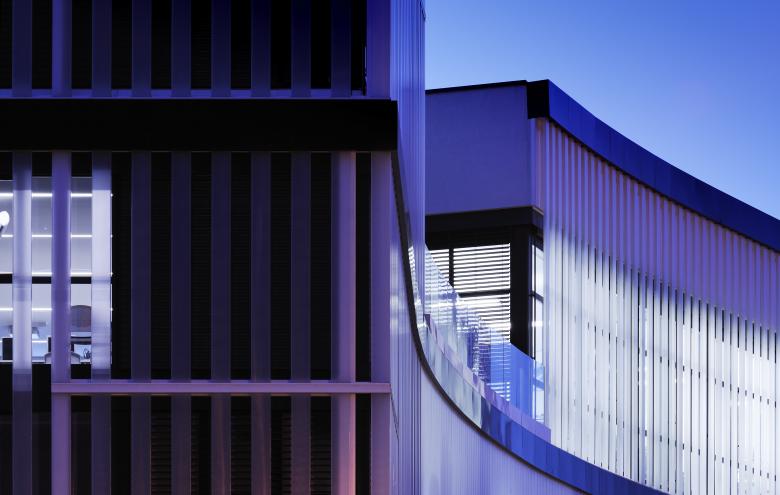 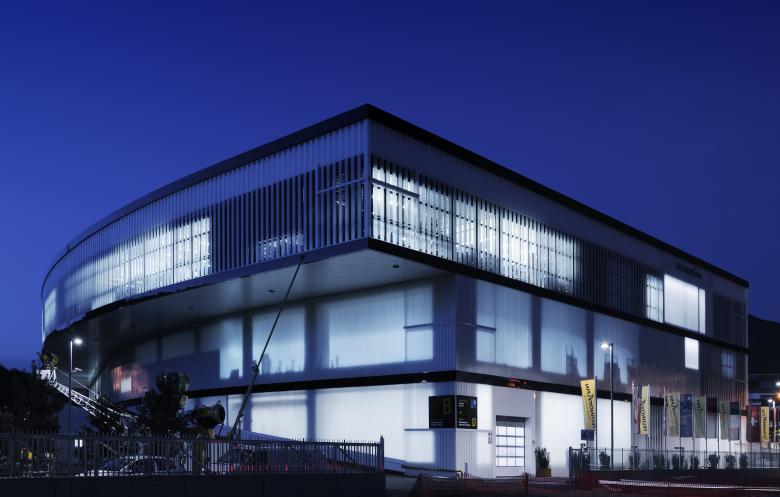 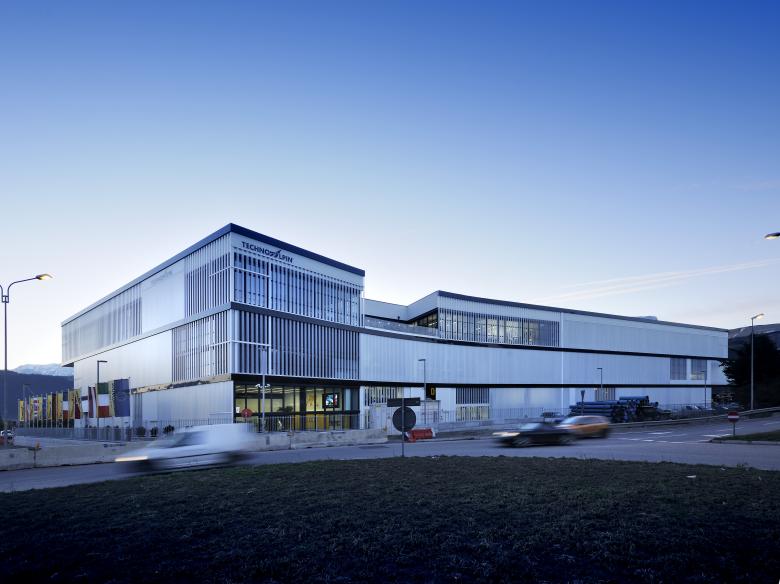 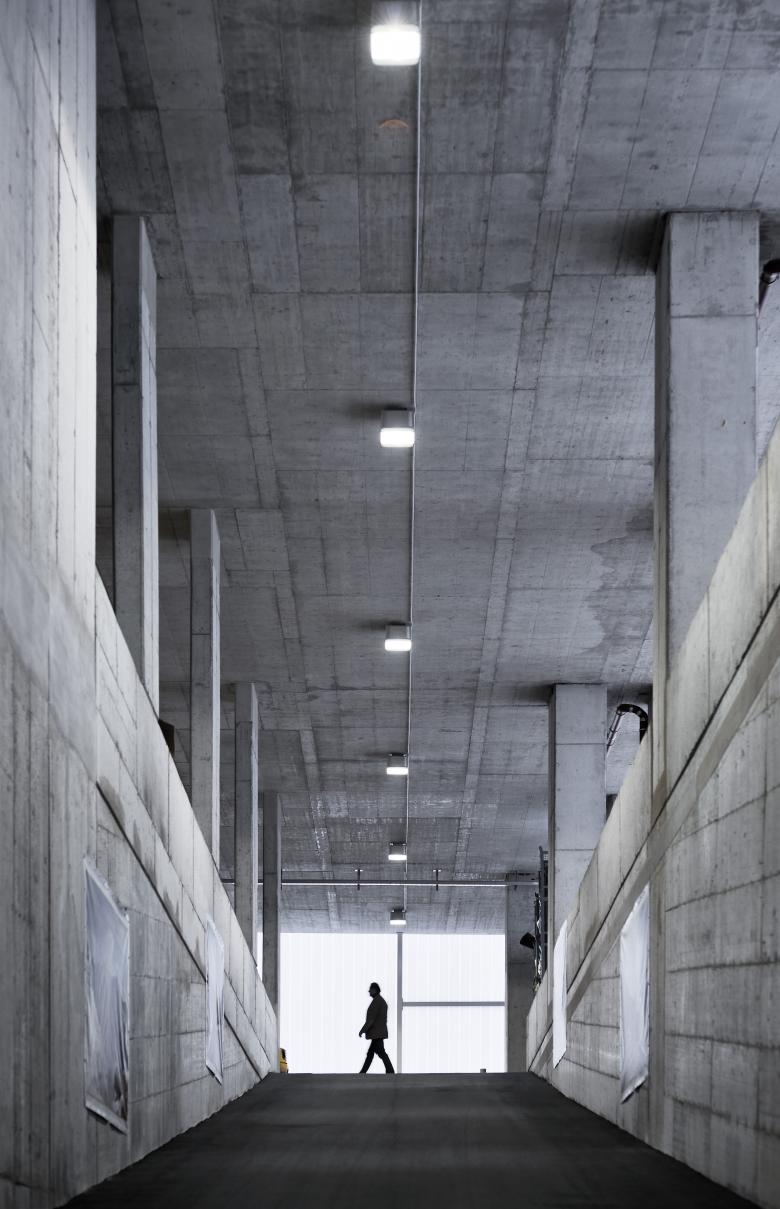 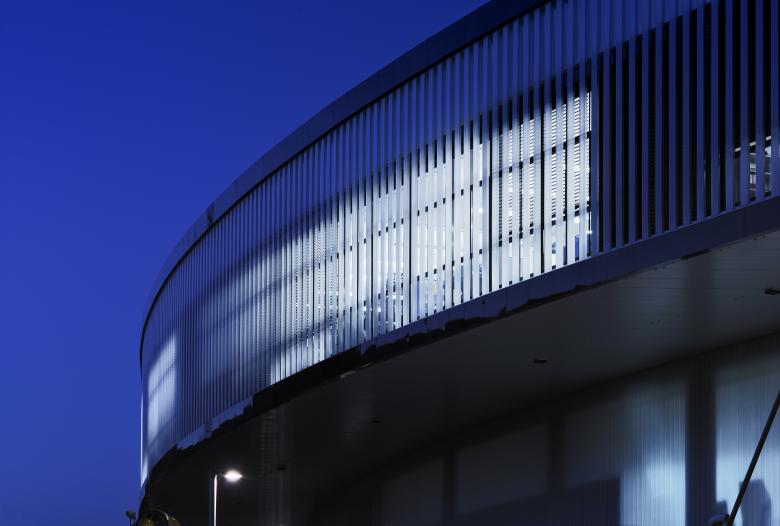 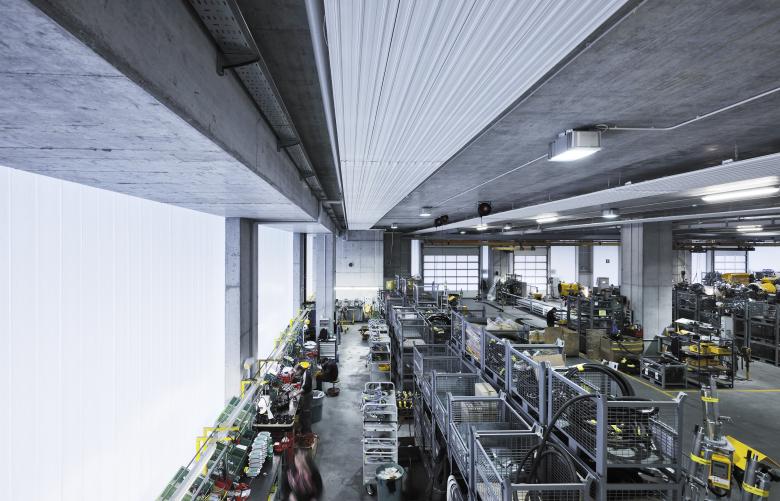 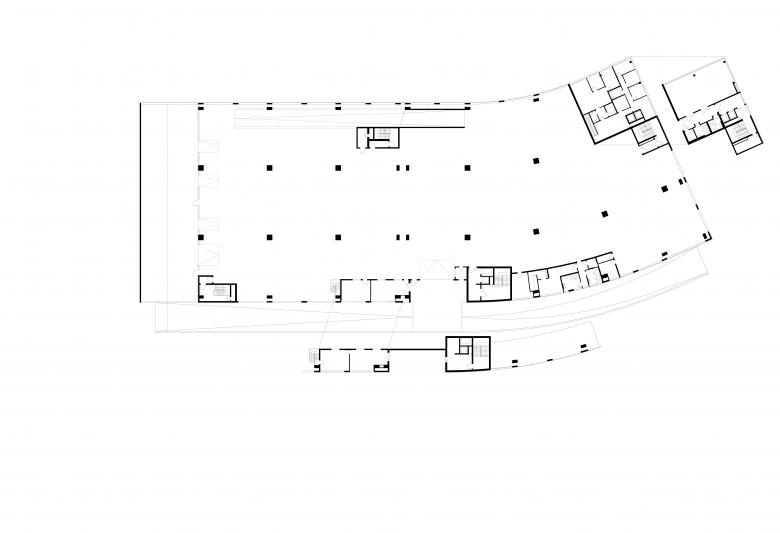 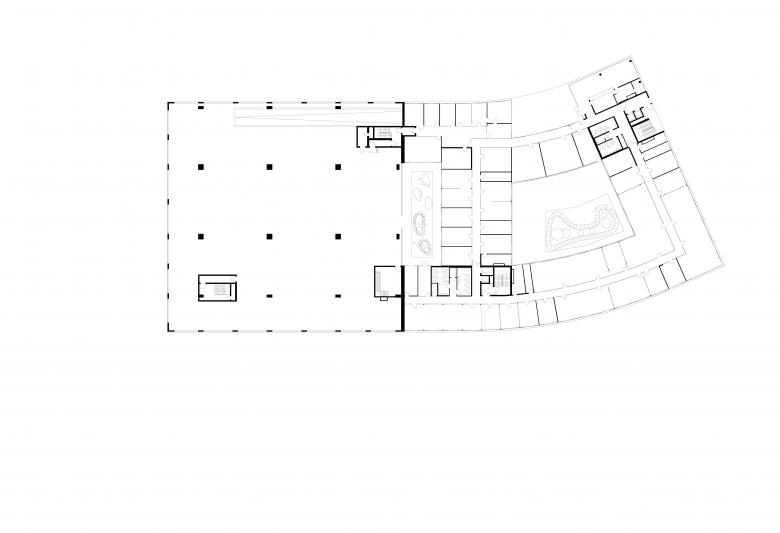 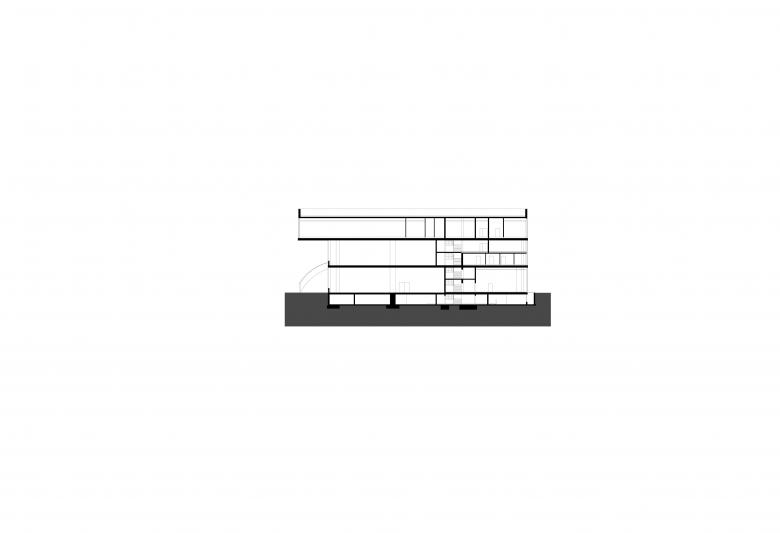 The particularity of the building lies in its facade: the uniform envelope with its opalescent and crystalline shine is reminiscent of snow. This association refers to the company, who are one of the world leaders in the production of artificial snowmaking systems. The structure of the façade reveals subdivisions on different levels. The floor-to-ceiling cladding with U-shaped profiled glass guarantees natural lighting in the workshops and warehouses. Natural light inside the rooms is diffused as if being viewed through a snowy white sky. The translucent thermal insulation inside the glazed profiles reinforces the effect described and, at the same time, keeps the interior rooms insulated from the cold. With multi-use work and functional areas arranged vertically, the corresponding levels are partly staggered to define the adjacent open spaces, such as the surface for testing snow cannons or the roof of the access ramp.