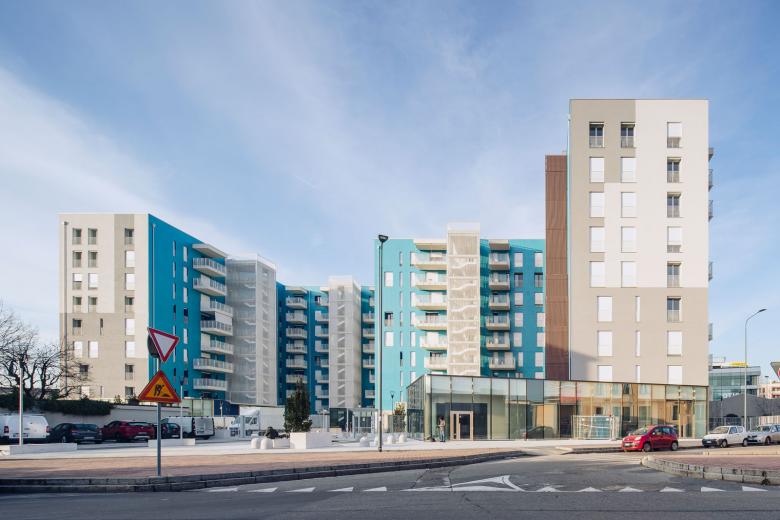 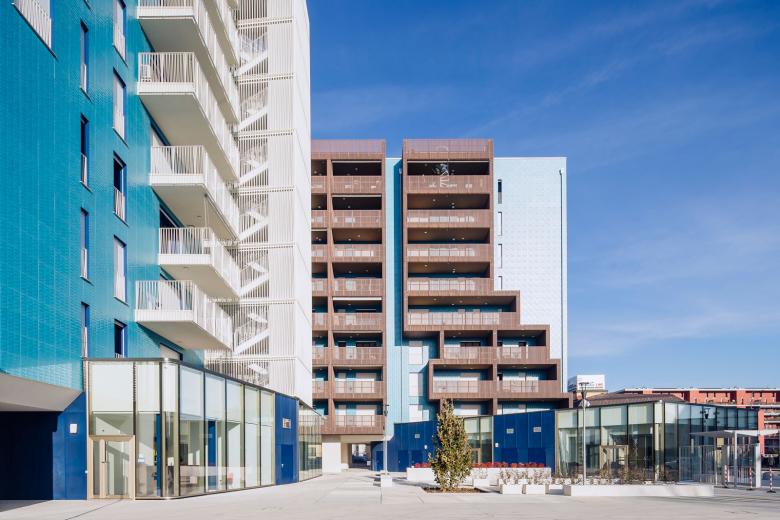 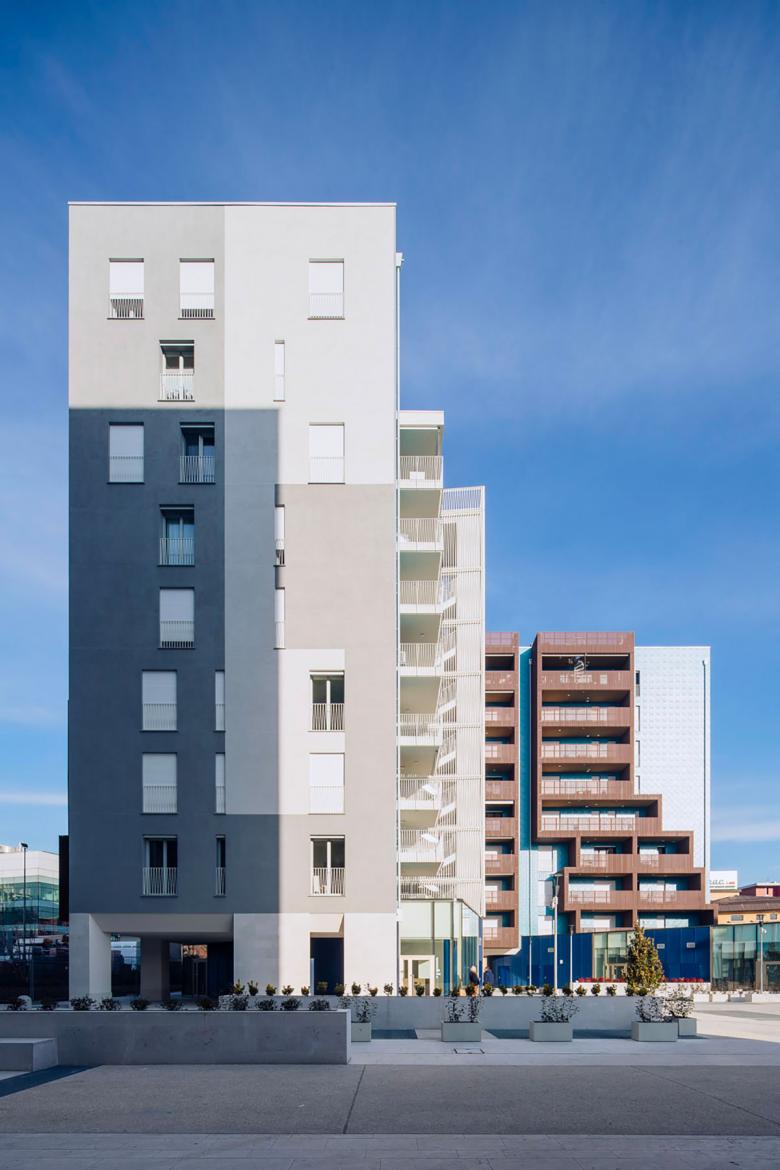 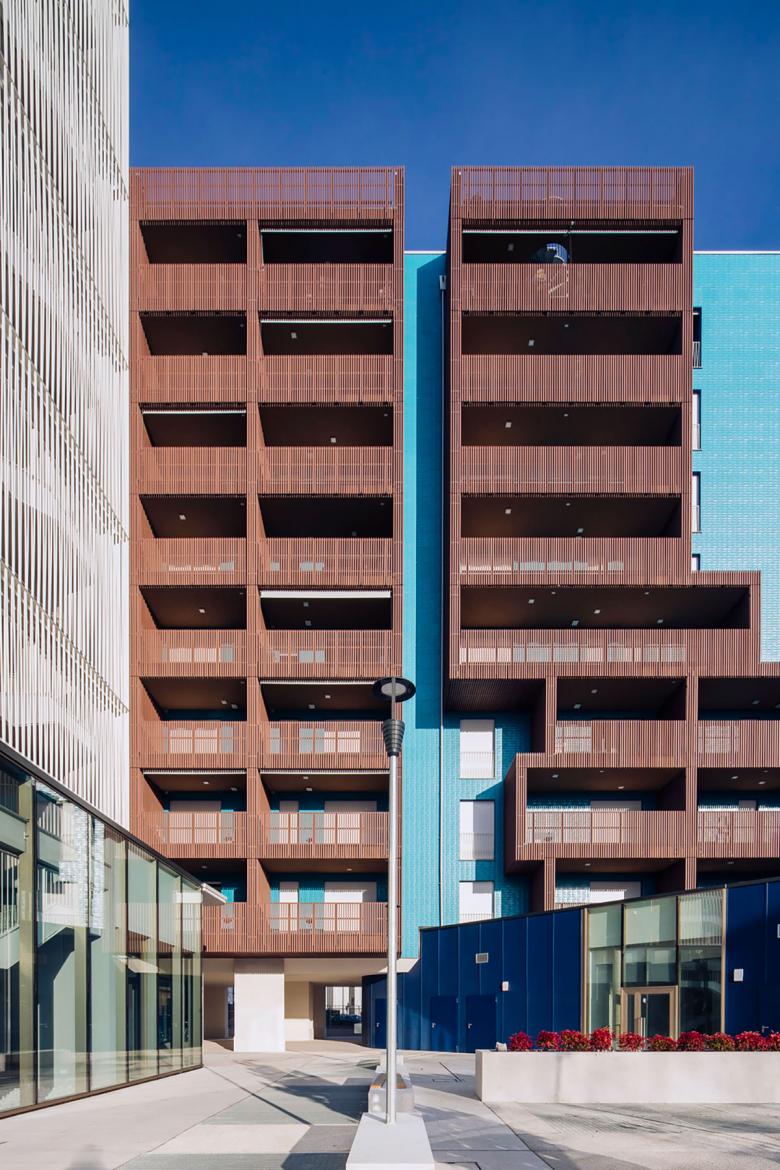 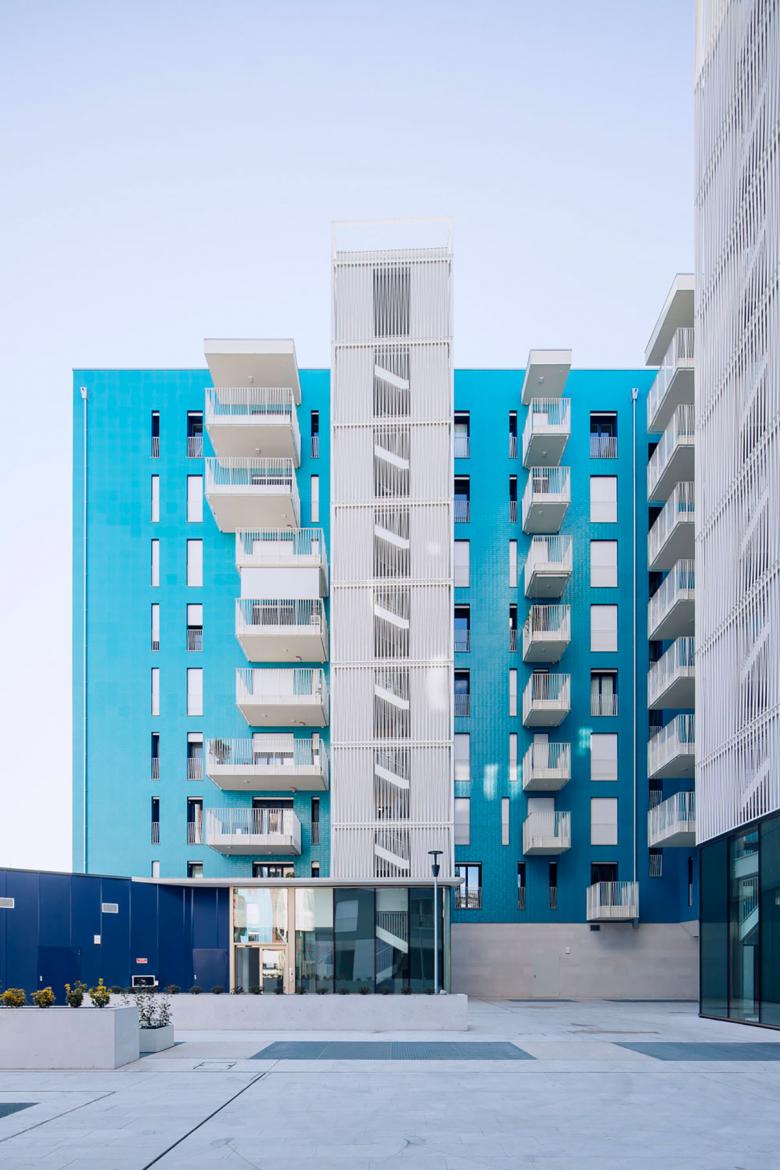 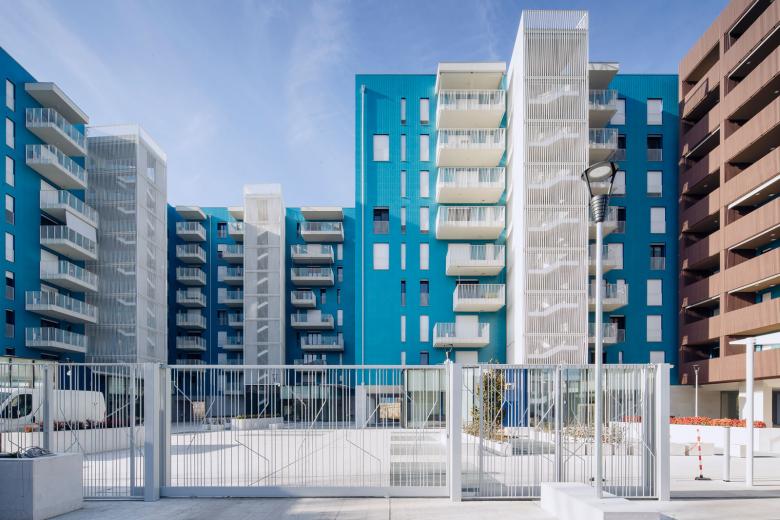 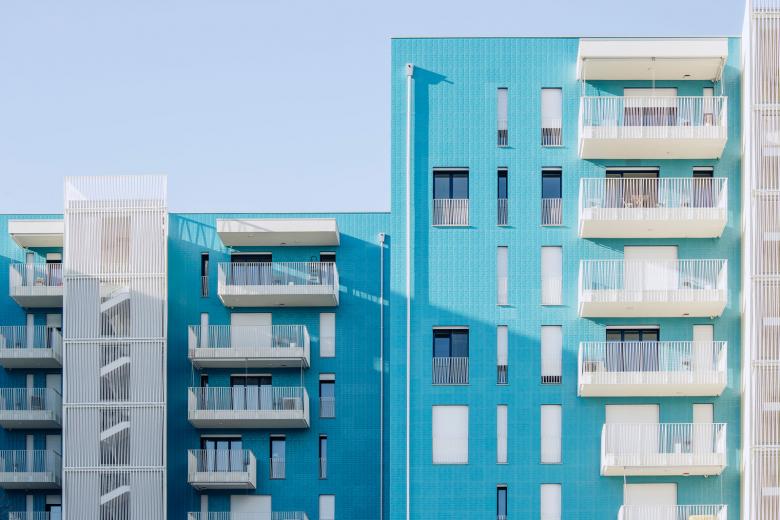 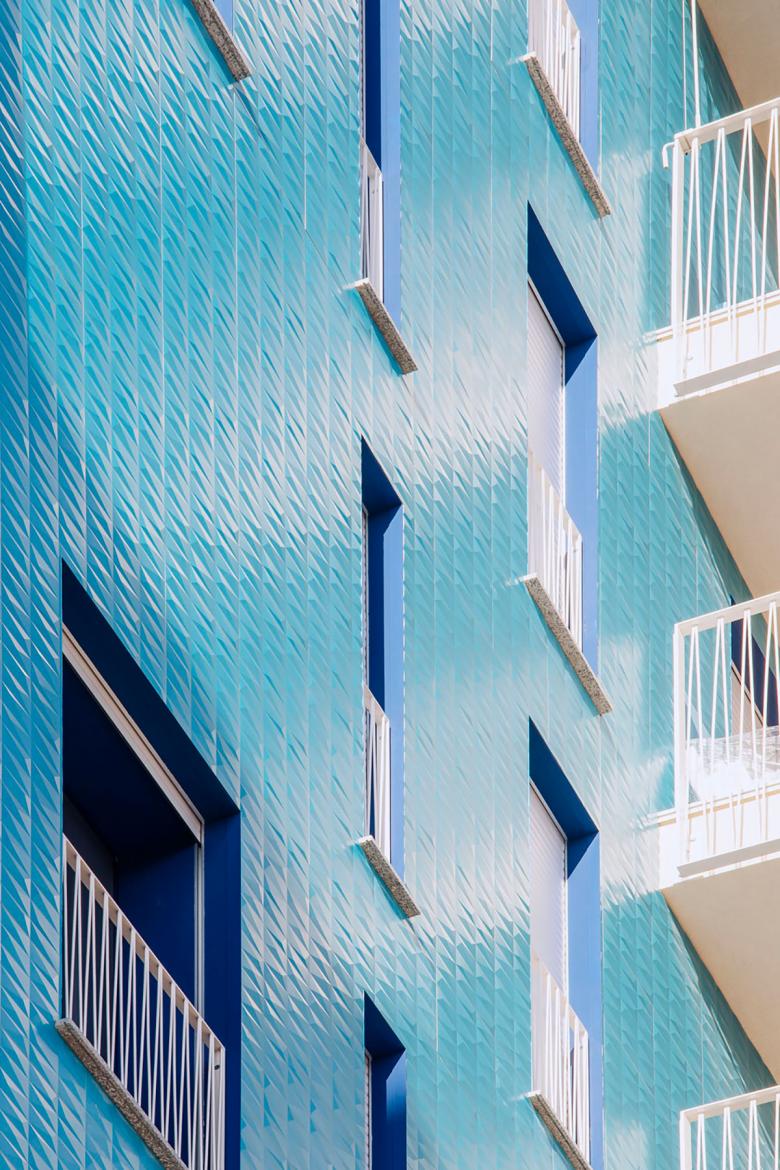 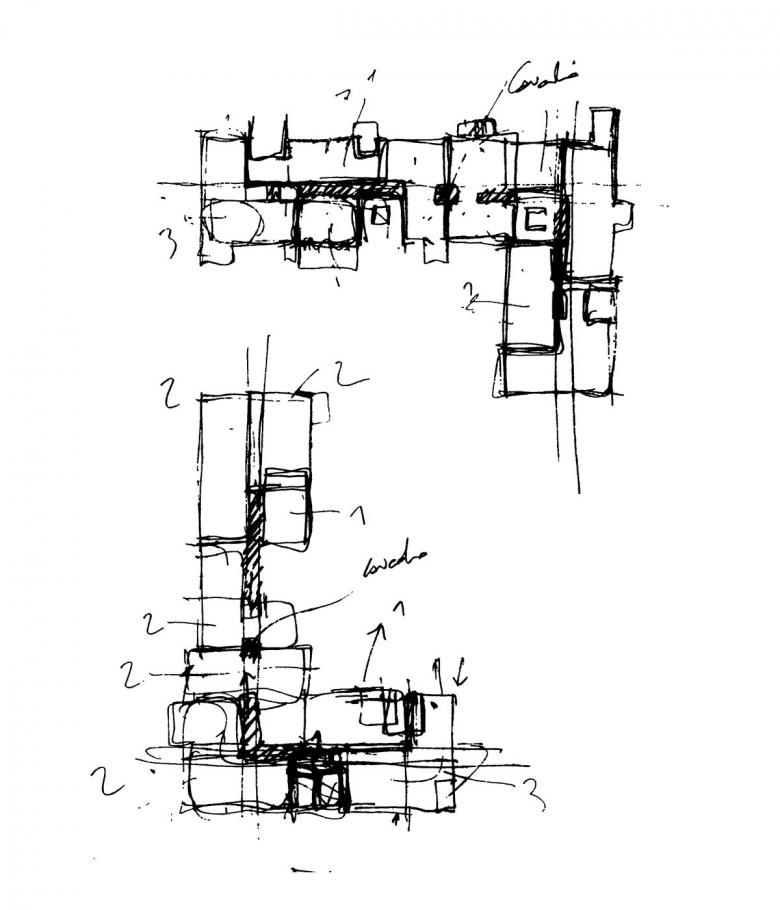 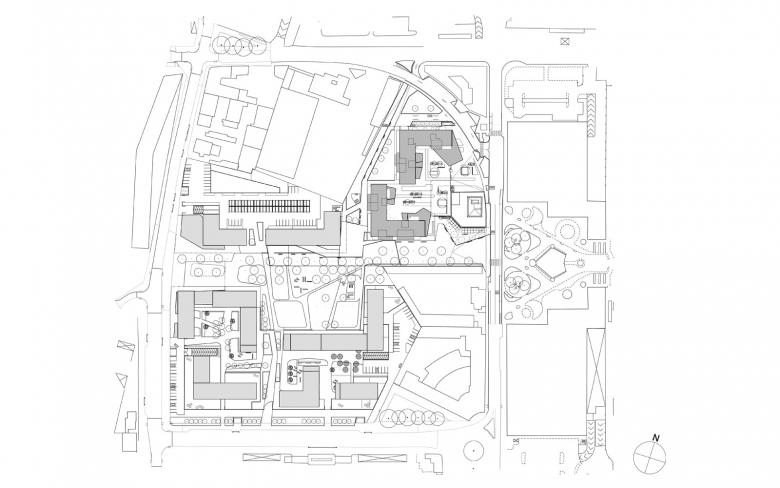 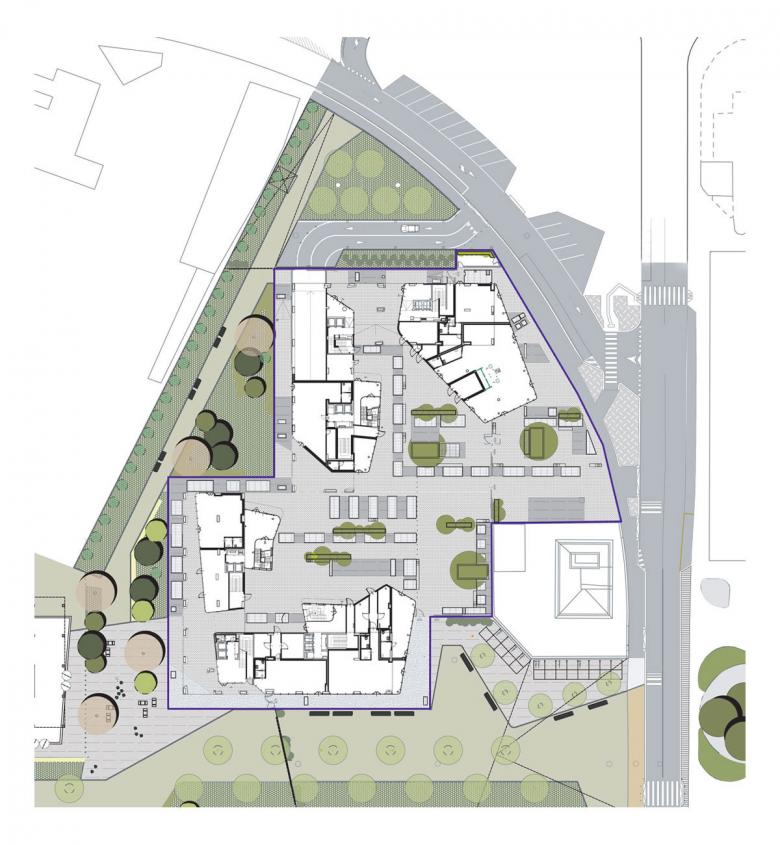 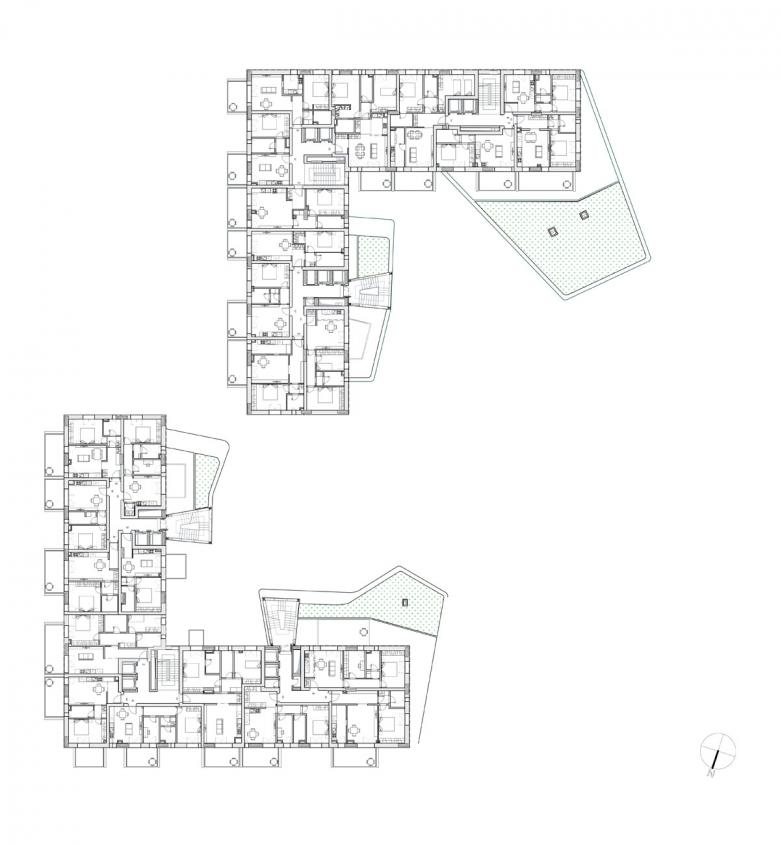 Living in the blue

The project is part of the area of Lambrate, currently undergoing an overall transformation and redevelopment: the presence of new spaces for the housing, the creation of laboratories for work, the organization of events such as that of the "Fuorisalone", are an example of how the neighborhood is changing its old image of a simply productive place. The Rubattino neighborhood and its park, the possible reuse of the Mercanti barracks in the south, the “integrated intervention plan” “ (PII) being implemented in the east are just some examples of this transformation.

The project (perimetrated from via Crespi to the north, Via Pitteri to the east, via Tanzi to the south, and via Canzi to the west) finds its foundations in the design of the open / green spaces, which determined the design of the residential volumes here settled.
Transforming a place that has always hosted industrial and production activities, and which has been abandoned for many years.

Building a place to live.
Imagine that this place must know how to combine the collective dimension of its open spaces, its connections with the city, its services, with the intimate dimension of those who will live there, of those who will create a family, of the different generations that will pass through it, of the looks that will cross between the spaces, between the buildings

Two simple buildings articulate themselves through the volumes of the balconies, now as a cascade system and resting on the building volume, now punctual as stands in the sky, true continuations of the internal space towards the outside.
Two buildings are composed and decomposed in a continuous dialogue with the matter and its relationship with the light: iridescent with the ceramic, in “chiaroscuro” with the wood, homogeneous on the plastered walls drawn in a chromatic geometric sequence as a tribute to the works "Positive-Negative" by Bruno Munari who created a collection from the 50s to the 70s.

The two buildings, with an "L" planimetric layout, develop for nine floors above ground, delimiting a new public square open towards the city.
The ground floor is characterized by the presence of spaces dedicated to commerce and services for citizens, as well as the entrances to all the halls of the stairwells. The great permeability of the flows, which will be made possible thanks to the porch spaces that completely cross the buildings, allows to connect the central square with the Park that surrounds the two buildings on the south and west sides, creating a continuum between Piazza Vigili del Fuoco and the garden.