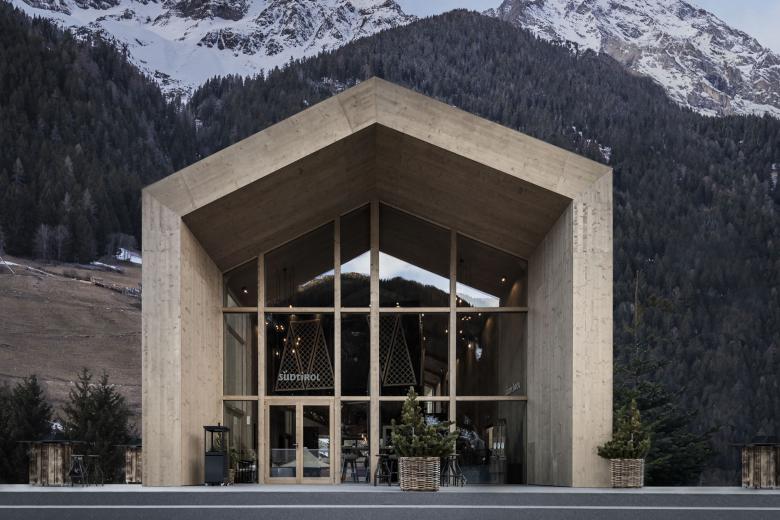 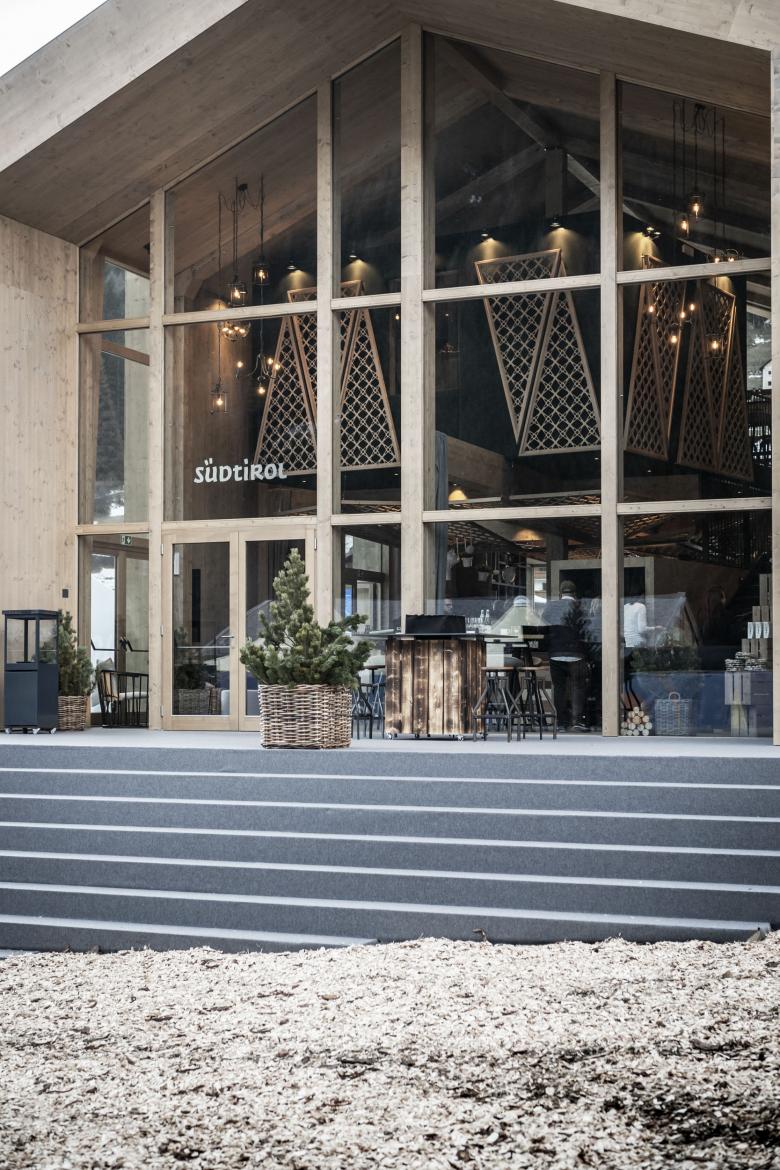 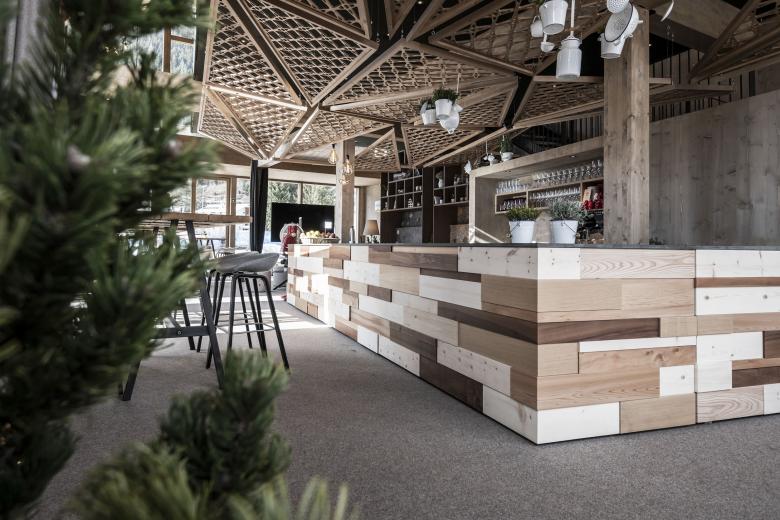 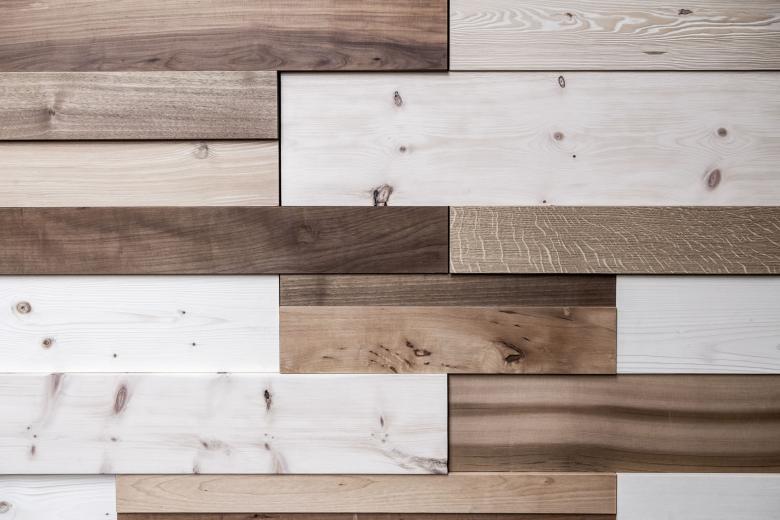 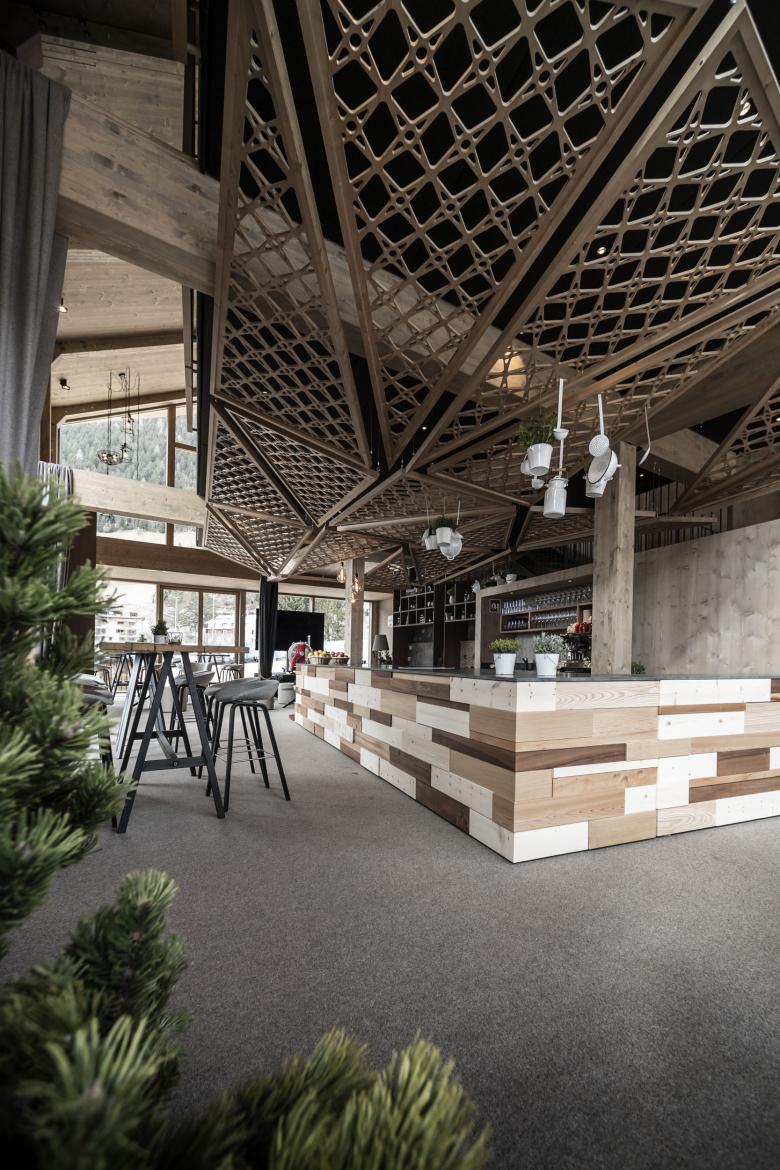 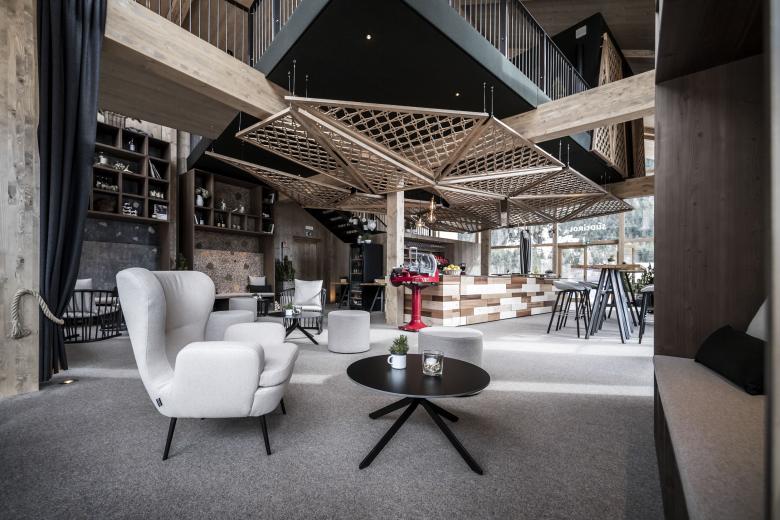 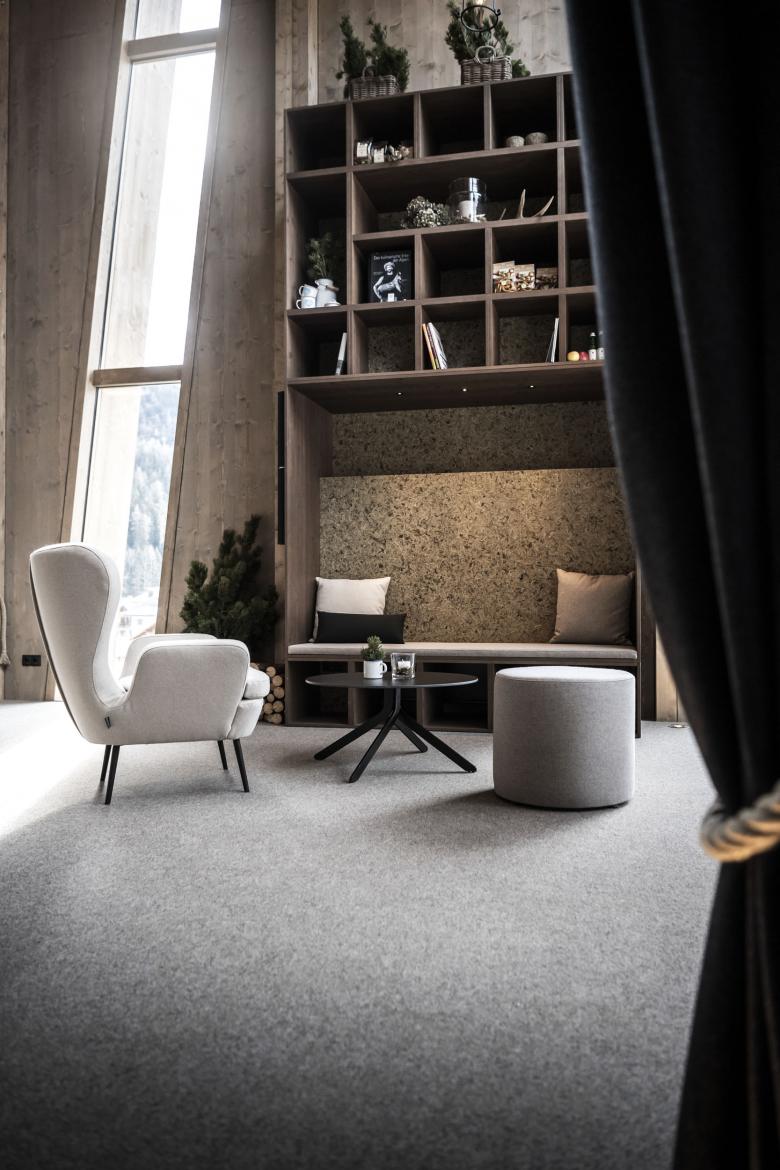 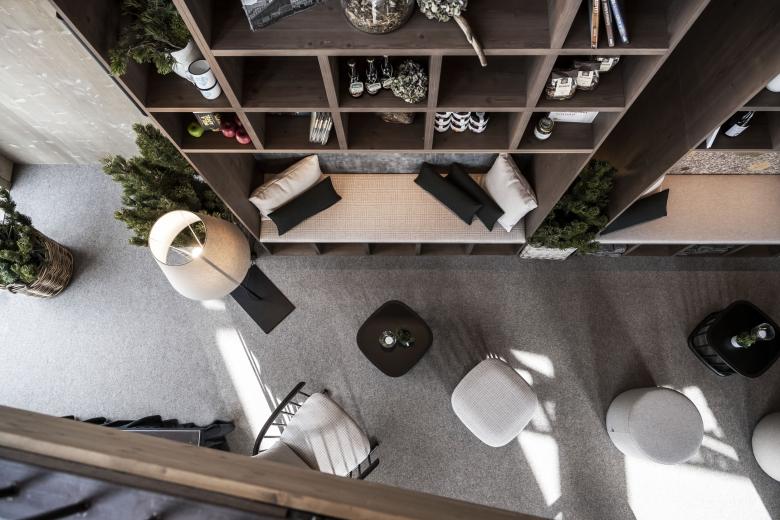 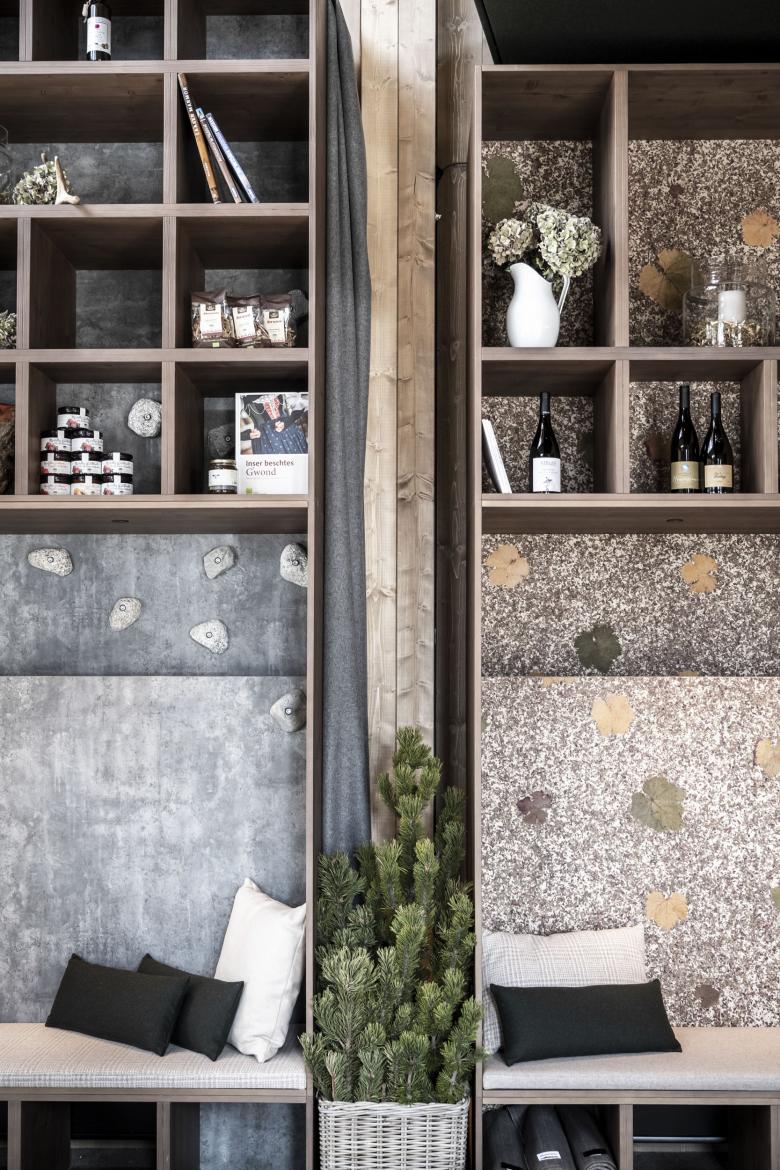 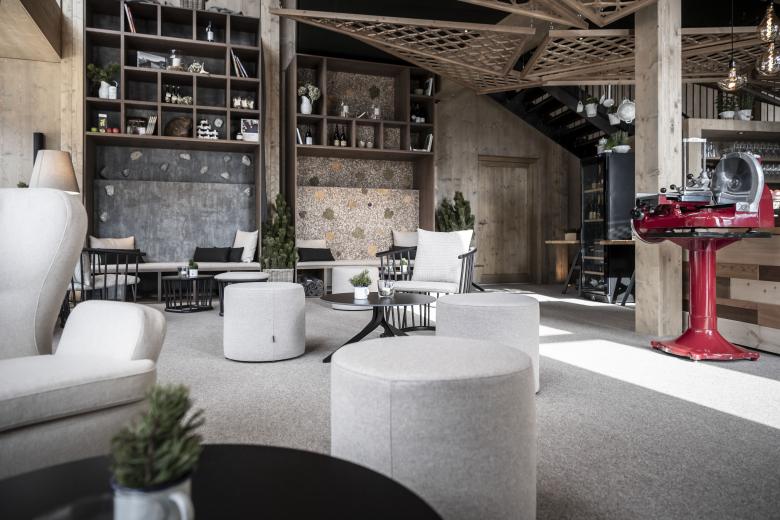 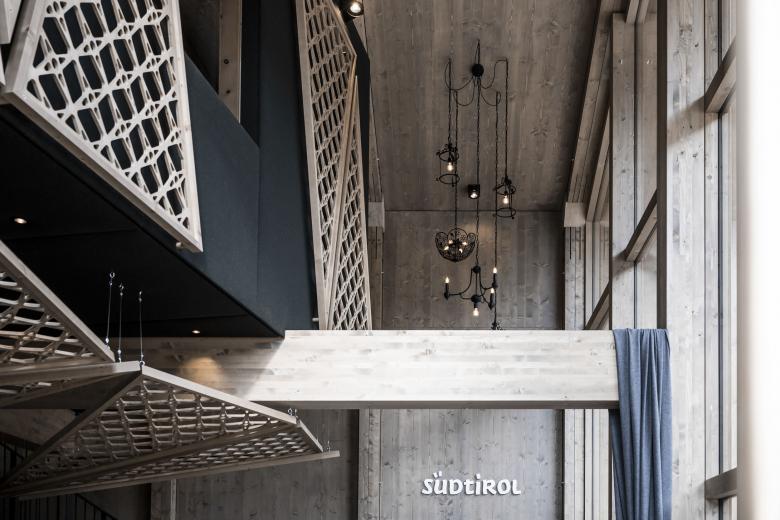 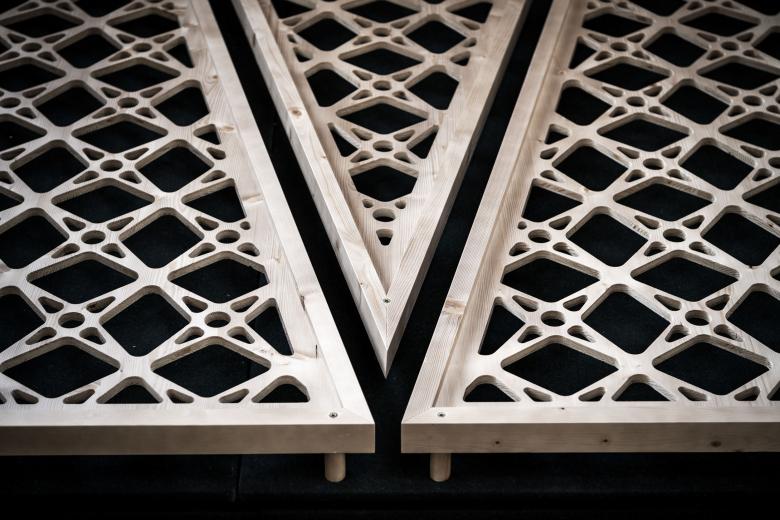 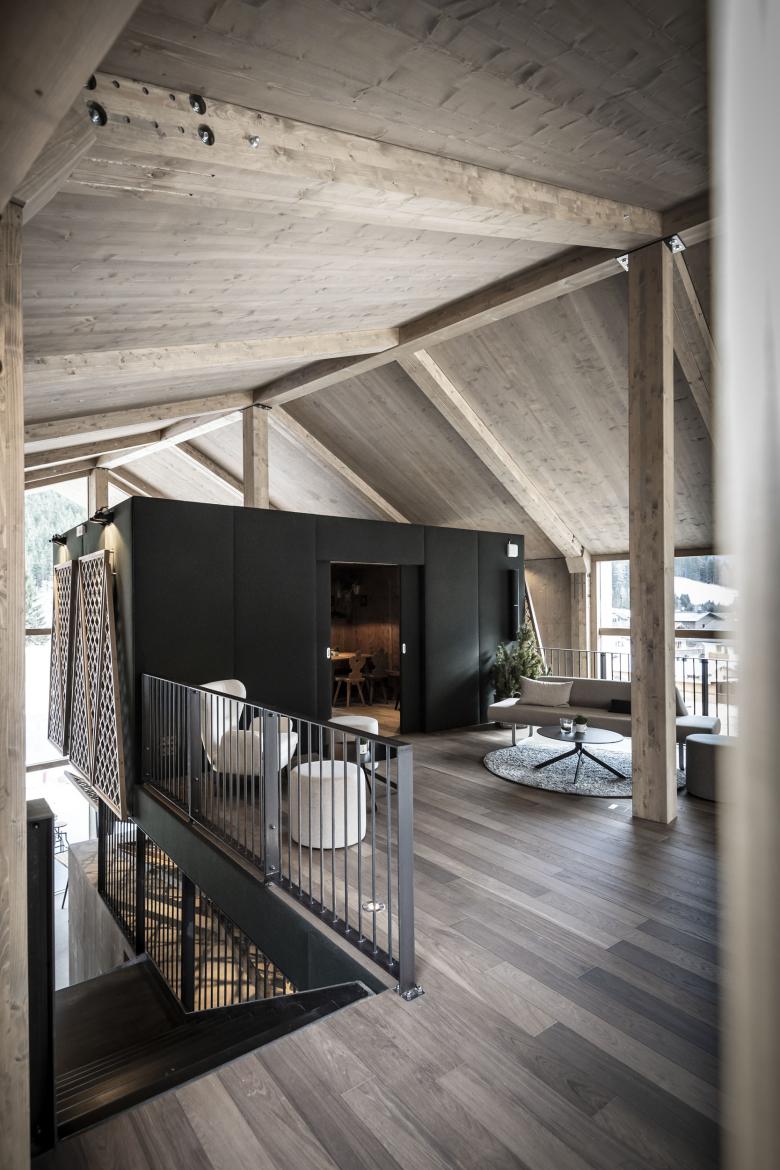 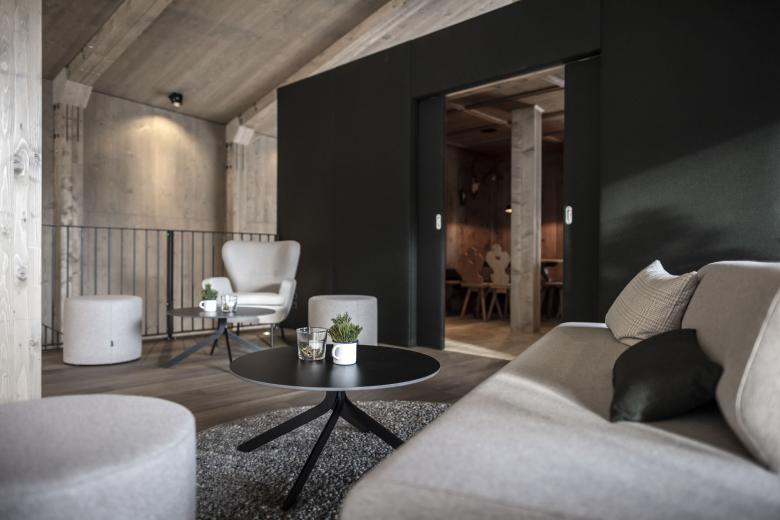 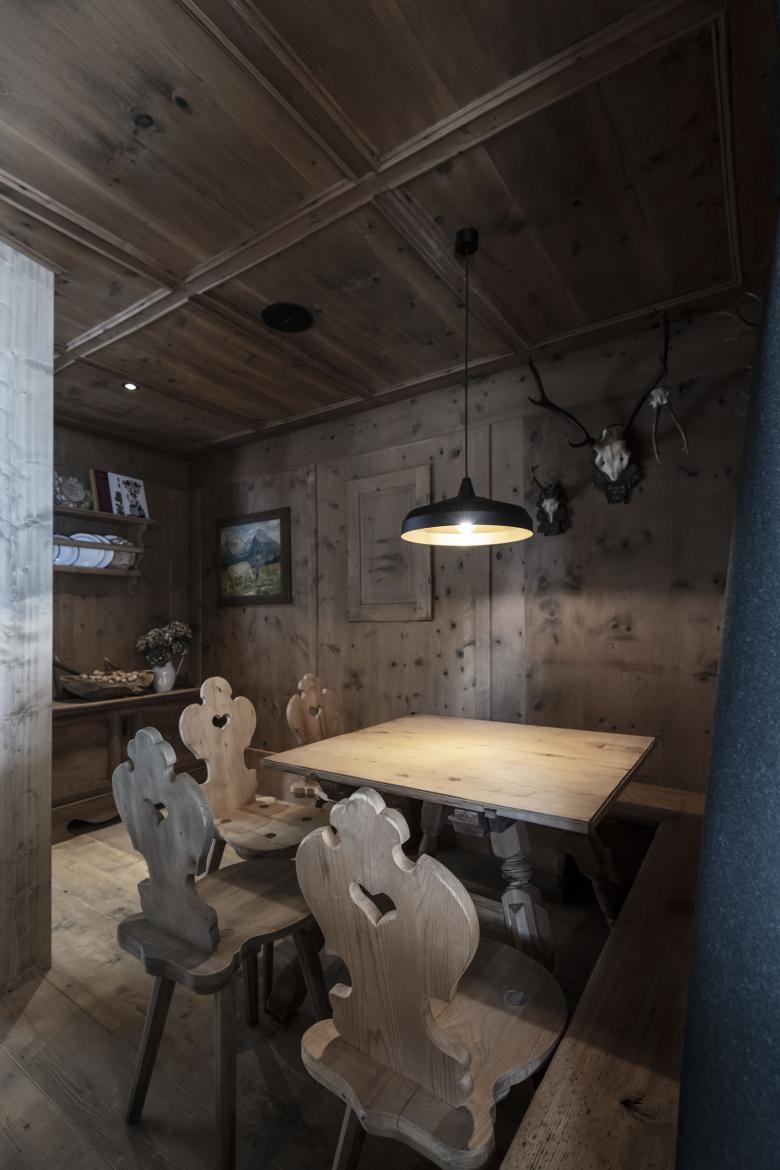 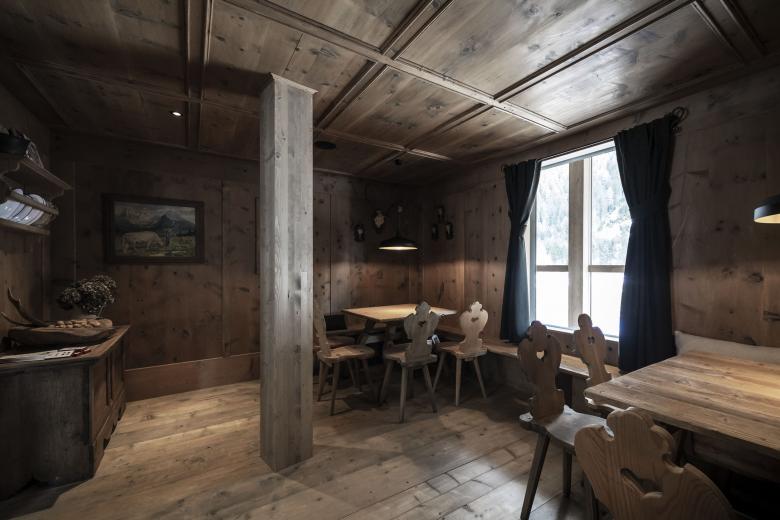 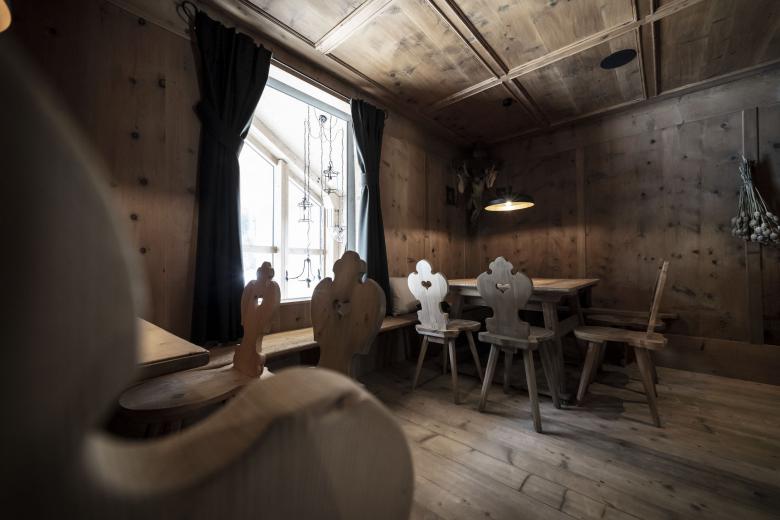 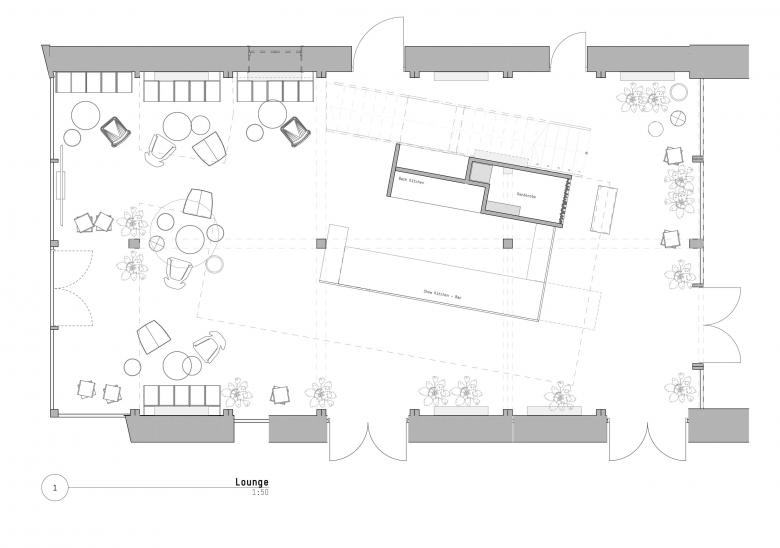 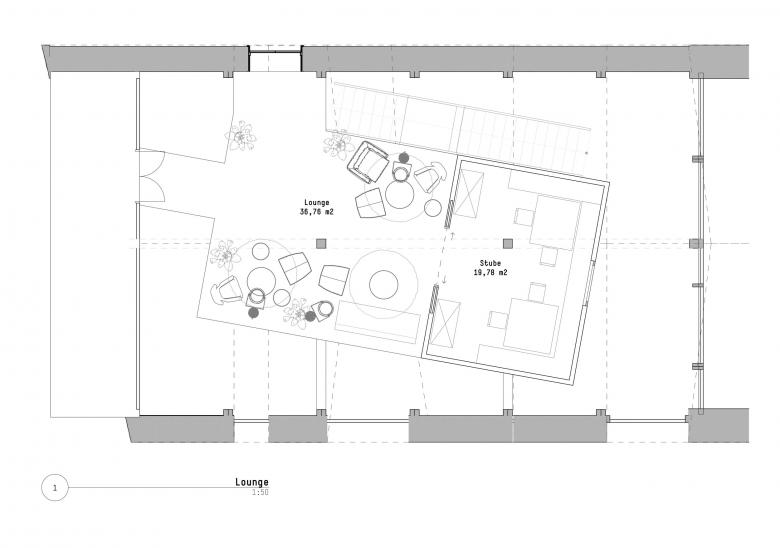 Is it possible to taste, smell and feel a country? Yes, it is. With the finest nuances, noa* brings the Südtirol-Home’ guests in Antholz on an exciting olfactory and visual journey of discovery through South Tyrol.

South Tyrol - a term that describes over a thousand things, was recently translated into architectural form for the occasion of the 51st Biathlon World Cup in Antholz, where top athletes, celebrities, politicians, organizers and visitors gather. Surrounding a kind of “village square” are 10 buildings, the largest of which is the Südtirol-Home, which will be the home of guests, winners and journalists in this top-class sports event 2020, who, above all, are intended to be able to do one thing here: feel South Tyrol.

The attractive shell of Südtirol-Home, a modern interplay, where glass and wood create a game between the open and closed, was already under construction when IDM Südtirol, the innovation, development and marketing company commissioned noa* with the design of its interiors. A critical factor that had to be taken into account in the planning of the interior design, was that this temporary building should be easy to dismantle and assemble at other locations without major wear and tear. The main task for noa*, however, was to enable Südtirol-Home’ visitors to experience the location and the country in which the sporting event takes place in literally every sense.

“WE” IS WHAT COUNTS

The initial idea of the design stems from the traditional card game “Watten” (card game), in which symbols of leaves, acorns, bells and hearts characterise the main roleplayers. These four represent the conceptual guidelines that pervade all areas of the interior. The leaf stands for the natural and cultural landscape, the acorn symbolizes the way of life and the quality products, the bell in turn indicates opening and innovation and finally the heart expresses conviviality, hospitality but also tradition and association. All of these elements correspond to the nature of South Tyrol and can be seen in a variety of precise creations.

The two floors, which are used for different functions, can basically be summed-up in one term: “Mit´nond” (being together) – a claim that indicates the importance of community in South Tyrol, whether in cooking, eating, celebrating, playing cards or through merely exchanging ideas and stories. At every corner this idea comes through and creates places where a little round table feeling can arise. The table per se - of course in the most varied of forms - is the central element where warmth, the joy of life and entertainment meet.

ONE PLACE, MANY POSSIBILITIES

On the ground floor, a generous counter piece dominates the scenery, which is slightly turned out at the central axis, in order to bring a dynamic appearance to the space. It is equipped as a bar and as an elaborate show kitchen, where impressive meals for guests can be prepared. The counter is partly modular and offers space either to cook together or to watch as the cook masters his art. The show kitchen is accompanied by a backstage kitchen, a cloakroom facing the spacious vestibule and the necessary service units. Its design is what really makes this elongated piece of furniture special: the fronts of the work-space are covered with “Seiser Basalt”, a rare South Tyrolean stone, and are made of different types of wood with slats of different sizes, under which apple, pear, spruce, larch, oak, walnut, cedar and stone pine wood lay, which represent the diversity of the South Tyrolean natural landscape.

The area facing the village square can be used diversely and playfully. The two-story partially glass façade provides a generous openness to the space and offers one to be able to host a variety of different situations. When the stage and standing tables give way to the lounge situation, there are comfortable sitting areas with seating furniture around small tables between small exhibition boxes and fragrant plants and herb gardens hanging from the ceiling, which in turn are used for show cooking. The historic chandeliers, with their fresh black paint bring a cosy feeling and unique characteristic to the space. noa* came up with something extraordinary for the presentation of local quality products: four large wooden shelf racks, each with a recess to invite you to linger and allow you to immerse yourself even deeper in the region of South Tyrol. The back side consists of panels on which hay from the Passeier valley, bright vine leaves, fragrant pine chips from Seis are pressed together into a type of wallpaper and a simulated rock wall including climbing grips made in South Tyrol have been pressed. The three-dimensional effect not only tempts you to touch, but also lets you perceive the smells of the country intensely and let your mind wander.

THE CUBE IN SPACE

The area for interviews and journalistic work for TV and radio is located on the upper floor, which is outlined by a gallery framed with metal railing, from which there is an impressive view through the glass façade, which opens the room even further and brings nature in. The balcony in front is intended for representative events. Here, too, cosiness has top priority with inviting seating opportunities, where hospitality is the core element of the space. The “Stube”, a traditional dining room, is a closed box hanging in the space, which hovers over the show kitchen. From the outside, the cube can already be recognized as a “Stube”, due to the typical curtains with South Tyrolean design, the “Stube” lamp and the wooden panelling in the warm light are visible through the single window, which faces the entrance area. The separation from the rest of the room is very deliberate: the “Stube” has a secluded, special status as such where everything is made of wood and in which people sit closely together.

In order to make this room as authentic as possible, a restored old farm “Stube” was installed in the cube: There is a long bench under the window, which extends around the corner on both sides to the centre of the room and is combined with several tables in order to be able to stage a long table. An old, hand-made chest and cupboard with traditional paintings on the doors, the obligatory traditional “Stube” lamps and the wooden carvings are accompanied by an old traditional plank floor and a wood-panelling on the wall and ceiling. South Tyrolean tradition also comes into play on the outer coating of the cube, which is constructed in spruce wood and covered with typical green felt fabric, where triangular wooden patterned-panels inspired by knitting and built-in light sources decorate the box from the outside. This creates a beautiful play of light and shadows, from the light shining through the wooden patterns.

WHERE FEELINGS ARE CREATED

The room contains the perfect balance between optimal use and hospitable cosiness. No detail has been left to chance. The overall picture, which is composed of many ideas, appears homogeneous and yet complex. All elements - from a single piece of furniture, the materials to the very last accessory - were produced, harvested and planned in South Tyrol. But not only that: enough space was also given to history, among other things in the form of the chairs around the large tables, each of which comes from a different farm and tells its own story. The history of the Südtirol-Home itself is that of a country rightly proud of its customs, cultural heritage, landscape and the resulting diversity, which this project will communicate to the whole world.