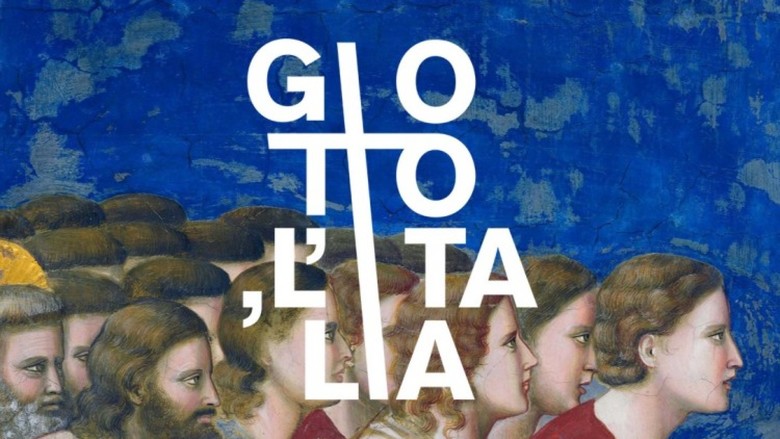 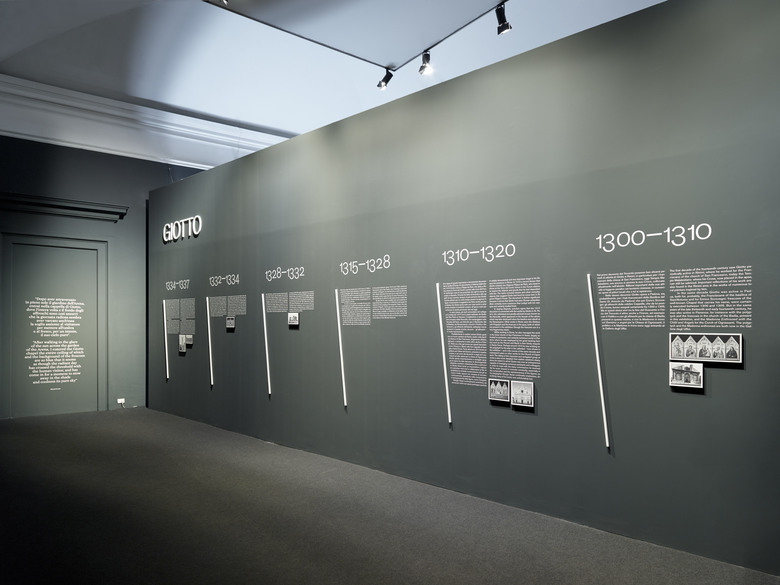 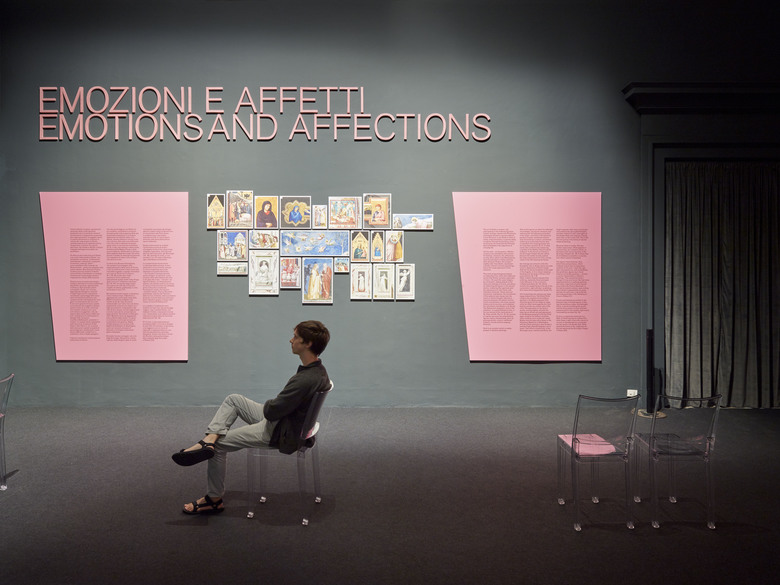 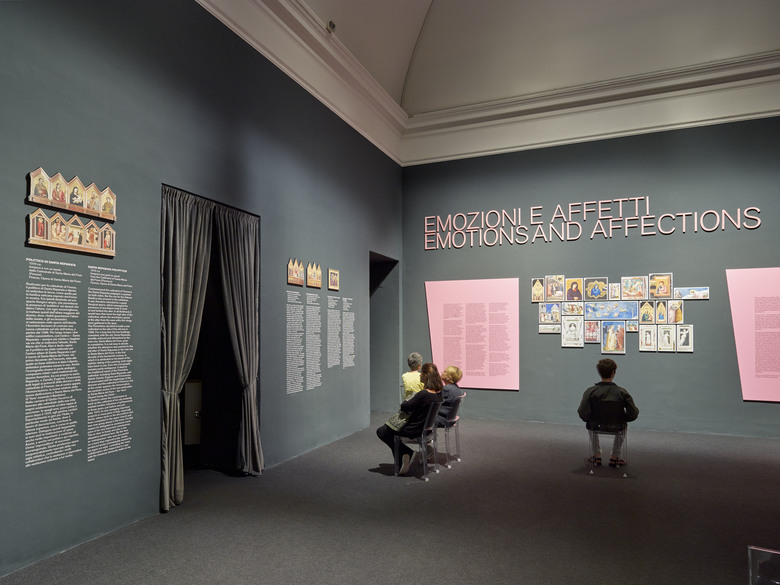 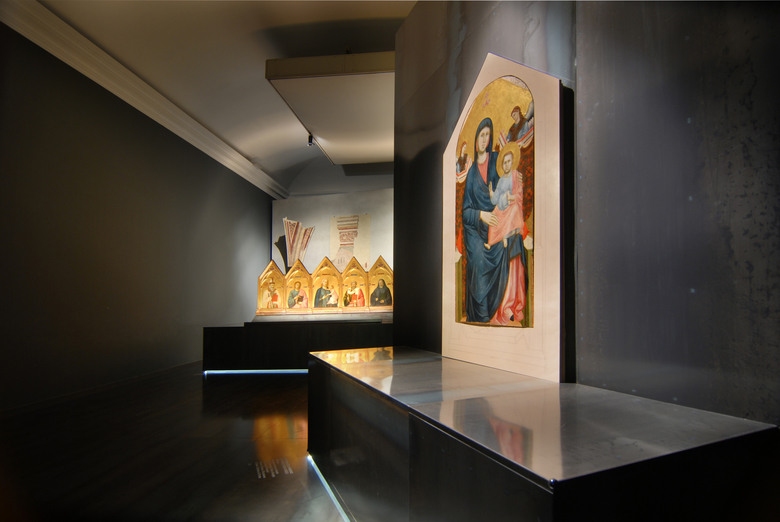 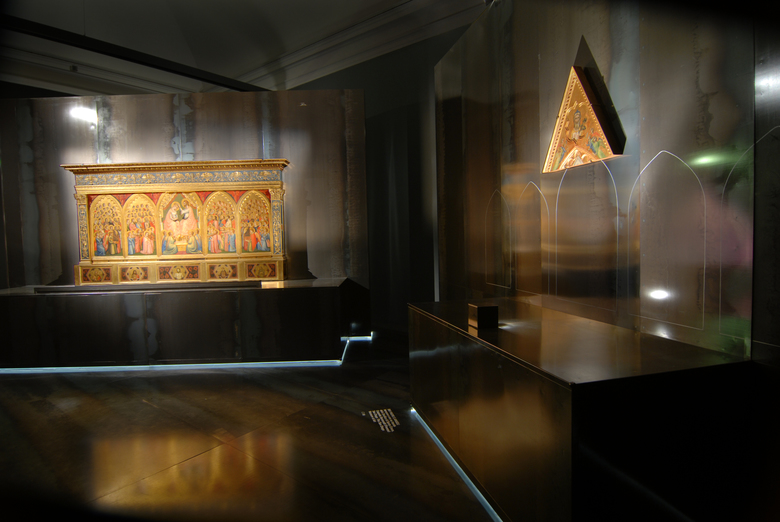 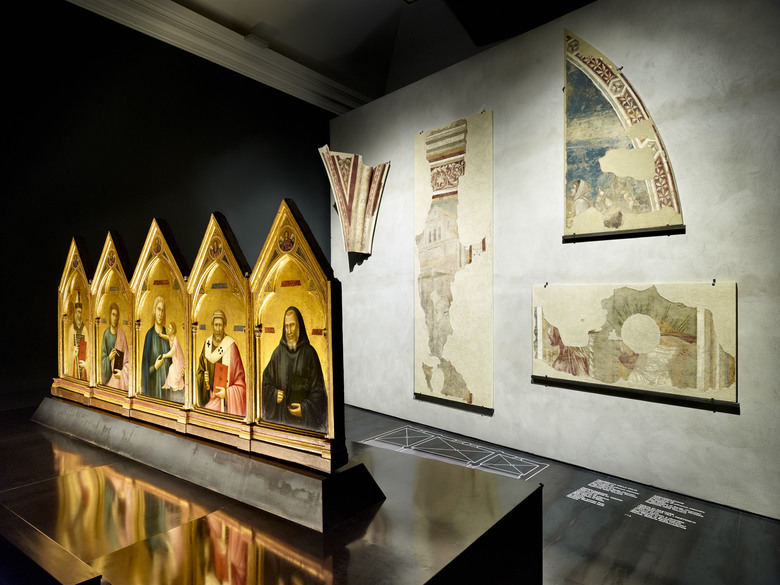 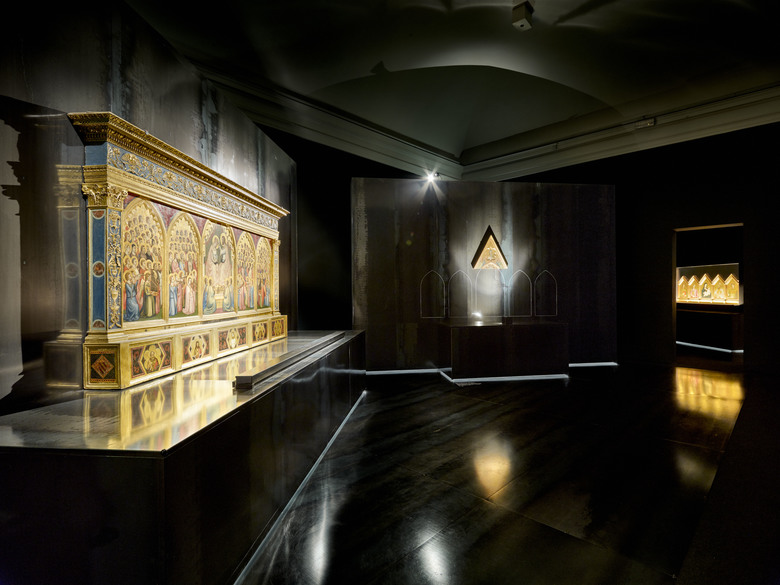 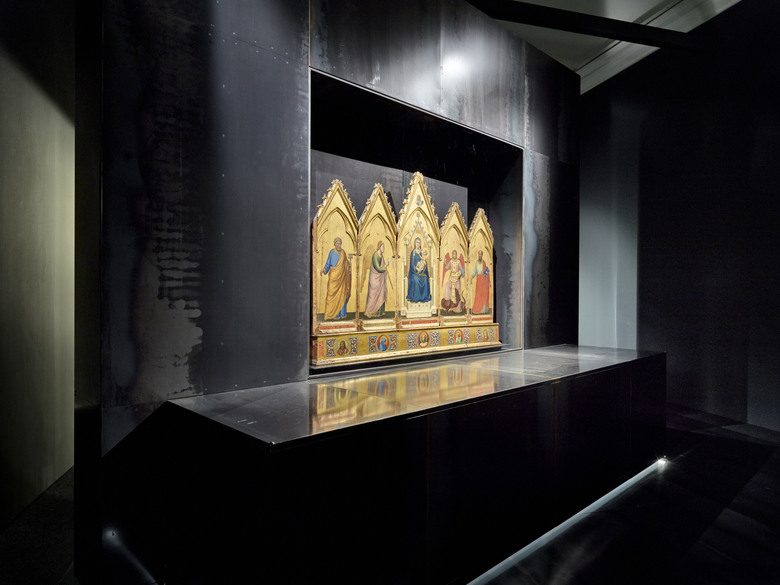 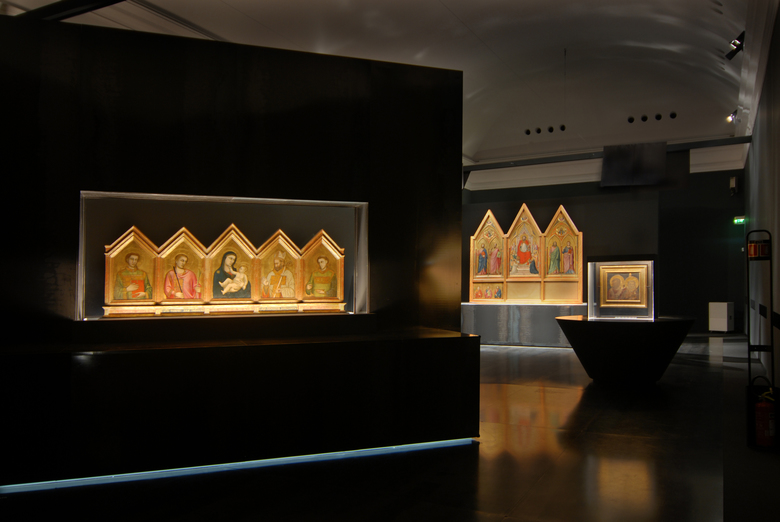 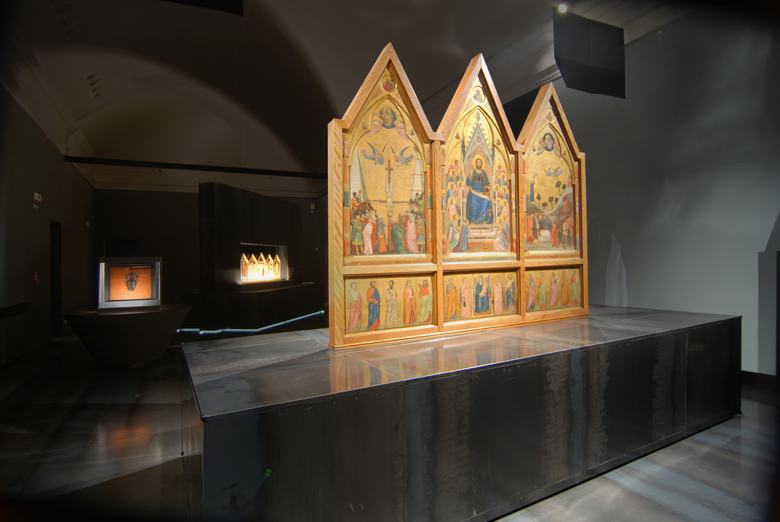 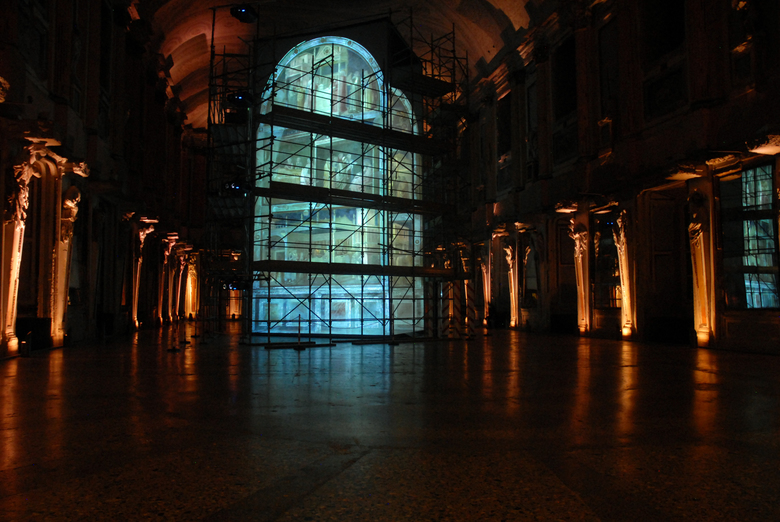 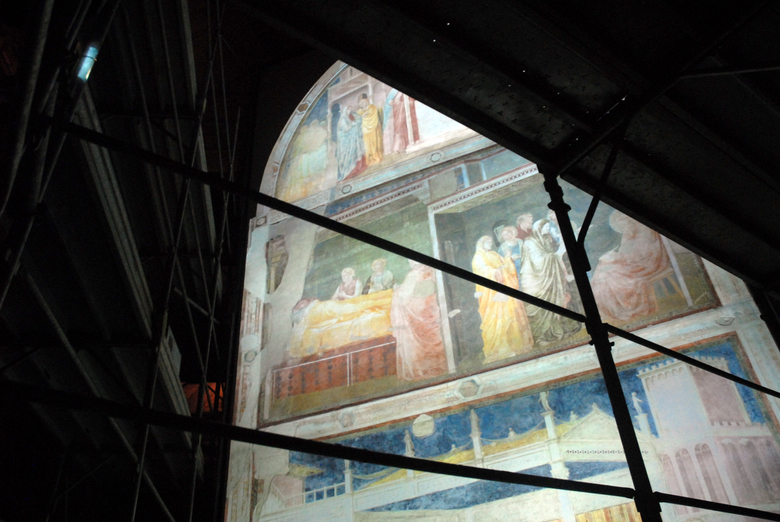 Bellini has always shown an undoubted capacity for “showing” things, an ability that has emerged continuously since his first job as an architect for the set-up of the Compasso d’oro exhibition.
While this latest project may not have the same resonance as that of 1960, it does undoubtedly, if for nothing else but the insistent reprise of the materials used, bring together the wisdom gained over time especially through the design of the Rinascimento exhibition at the Palazzo Grassi in Venice and of that of the Trionfi del Barocco at the Palazzina di Stupinigi in Turin. This “theatrical” inclination of his is however never merely the small-scale experimentation of his architecture but instead always becomes architecture in and of itself. The silences, the pauses are calibrated, the lighting, the works to “display” are perfectly balanced with one another, it makes one want to see it as the set of an opera.
Here is how Mario Bellini himself describes his exhibition:
“A Giotto exhibition at the Palazzo Reale in Milan?
A nice challenge. Because it requires a dynamic “mis-en-scène”of his life and works.
Theatre. A sequence of rooms, as spacious and palatial as one could wish, but intrinsically foreign to the spirit and aura of the houses of worship for which Giotto’s masterpieces were conceived.
Script. The life of successes and grand commissions of an artist who anticipated the Italian Renaissance, patronised by Popes, prelates and patrons throughout Italy, in Padua, Florence, Assisi, Rome, Naples.
Protagonists. Five majestic polyptych altarpieces (two of which are doublesided), many coloured on gold backdrops, two Madonnas, God the Father enthroned, fragments of frescoes.
Set. Not a true theatre, the Palazzo Reale is transformed into a total theatre, a place of meeting and exchange for the audience (us) and the characters (Giotto’s works) with the force of two powerful stage machines: light, in all of its manifestations including also half-light, shadow, darkness and the control of the reflections and of colour.
Light, therefore, is a primordial material: the living iron that oxidises during the hot-work at 1200 degrees, becoming a noble element, unique and alone in acting as a backdrop, a setting, a solid base that alludes to altars and to acting as a connecting surface from one work to another, from one scene to another, one room to the next, along our steps, under our feet.
No colour, no fabric, no wood, no softness, no contraption of support”.

New Museum, of the Forum "Antiquarium"

Museum of the City of Bologna