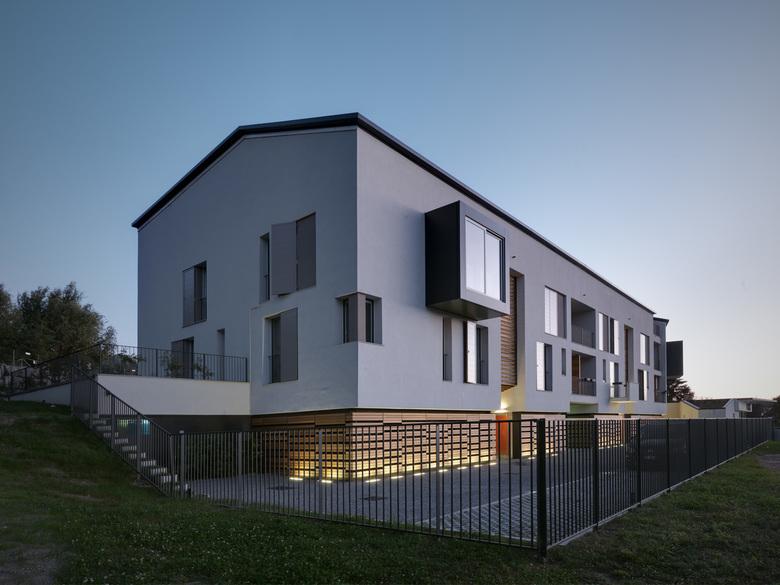 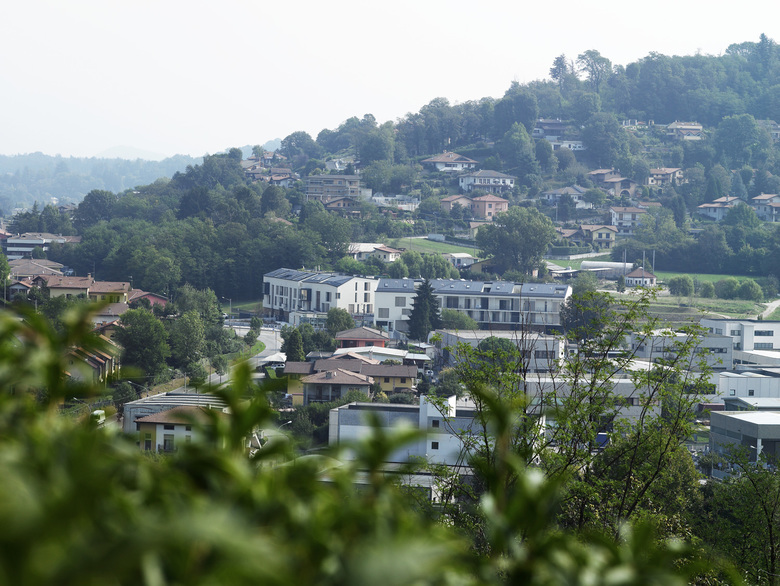 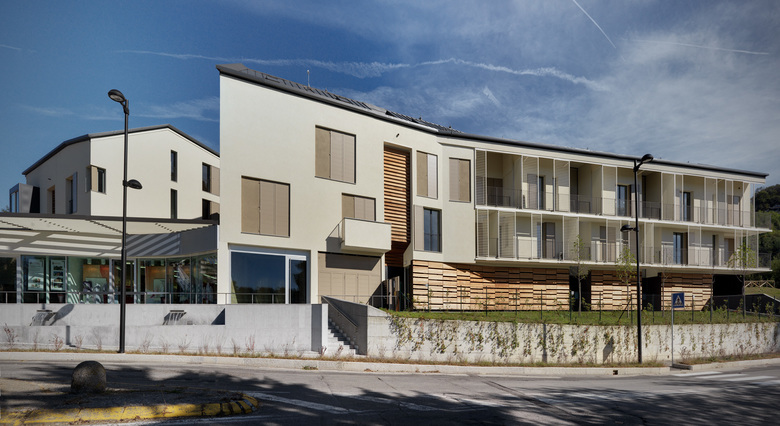 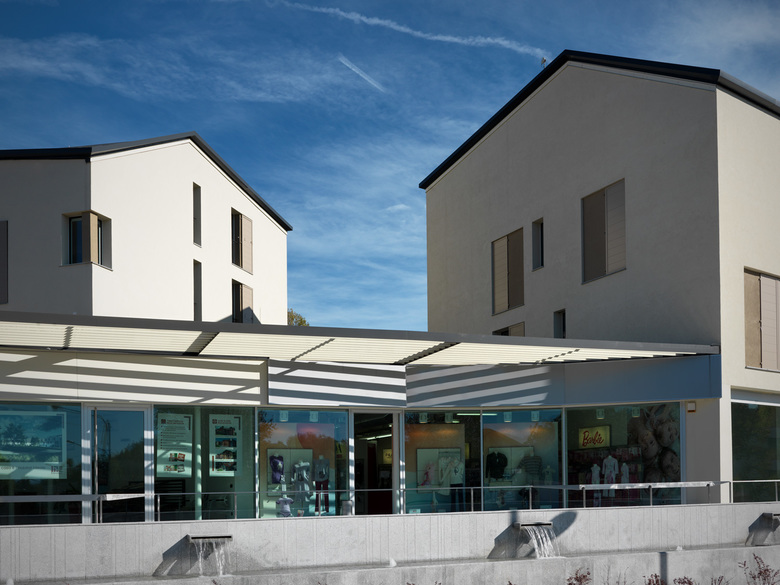 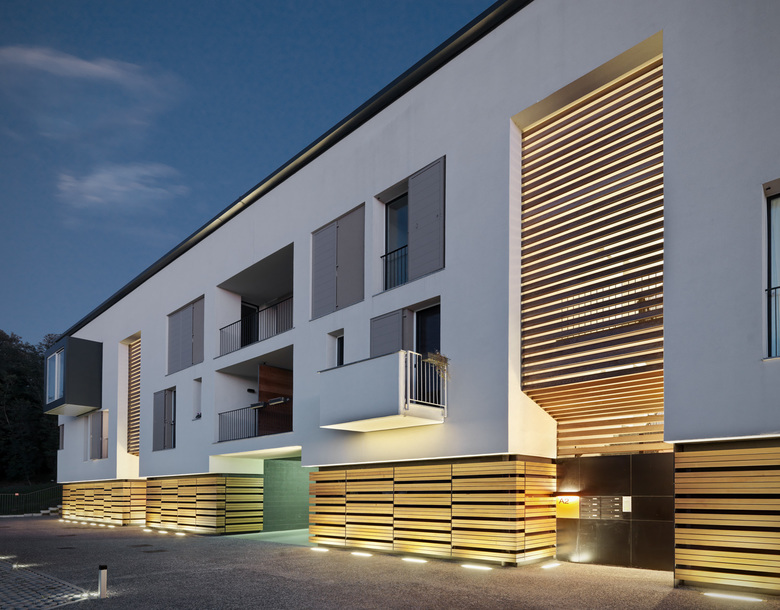 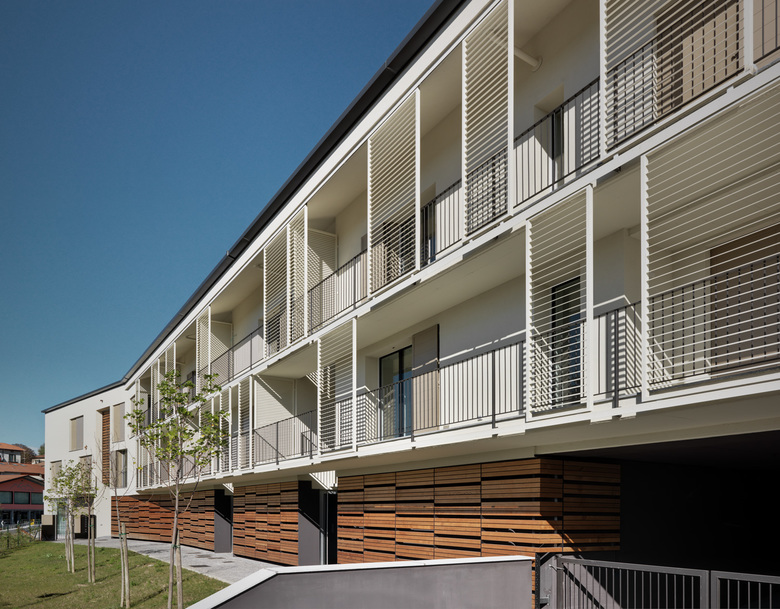 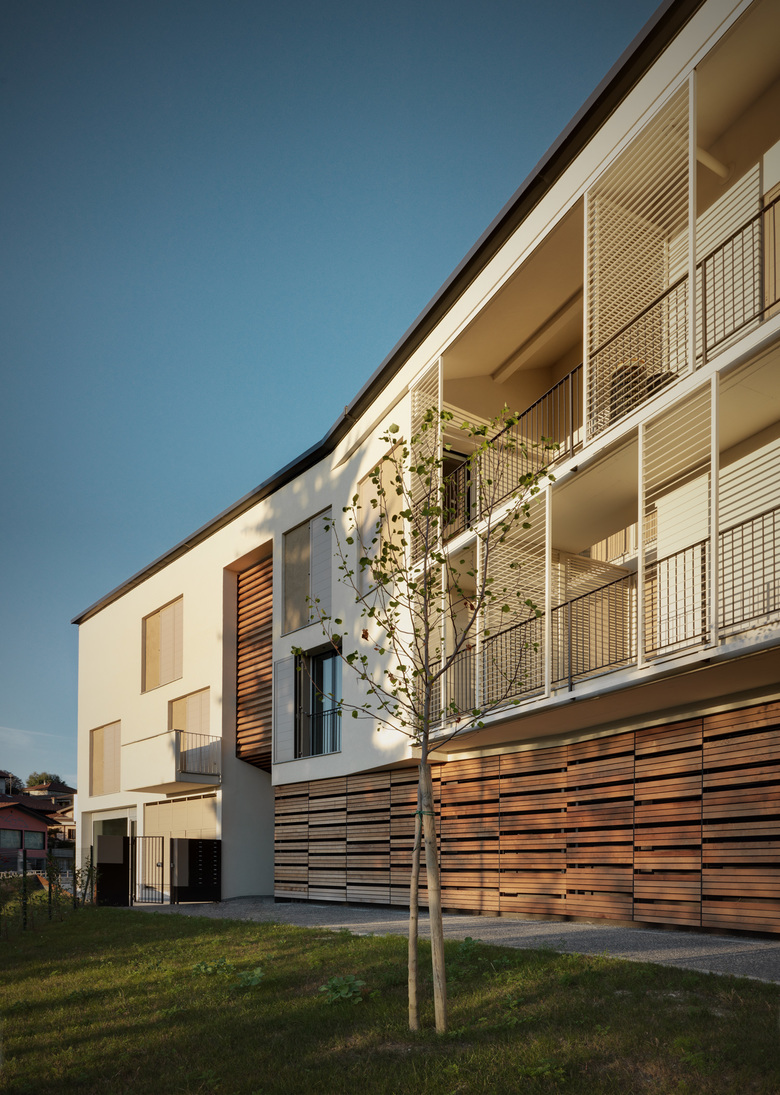 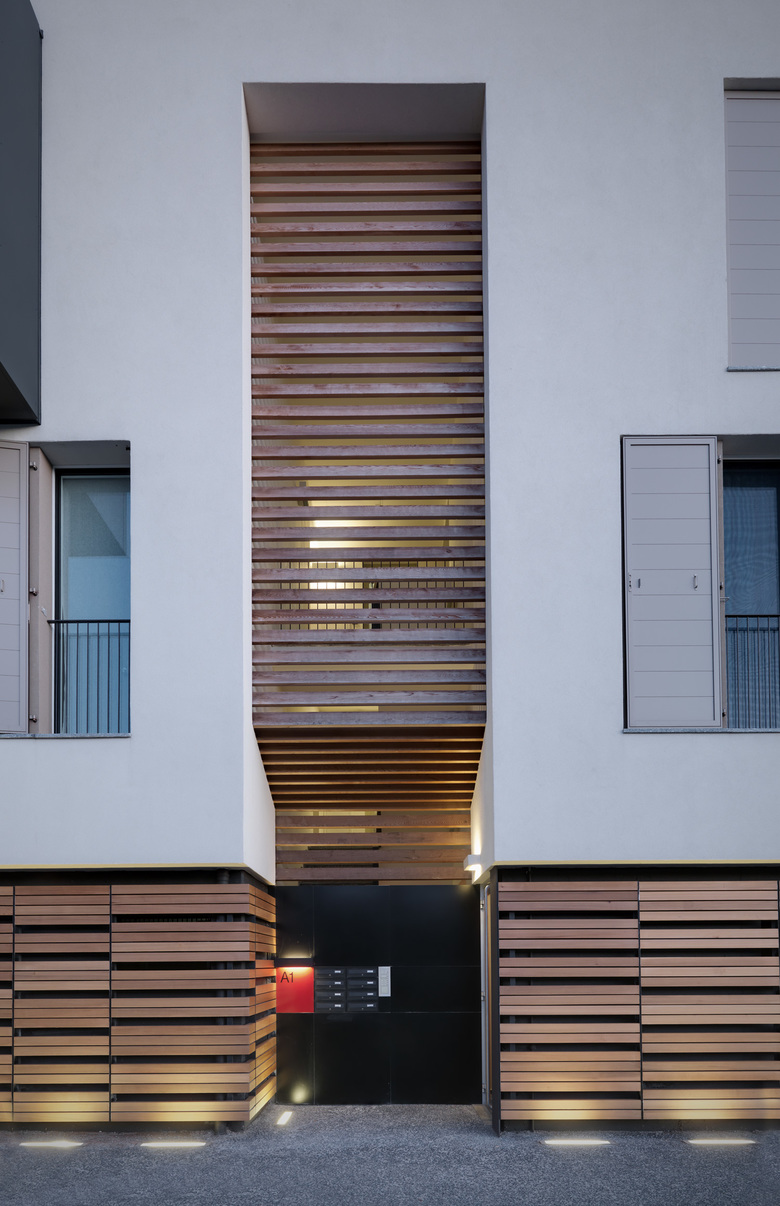 The site for this scheme lies in an open landscape that is visible from a local countryside environmental route and has a strong relationship with a hilly wooded area behind it. The new Azzate housing development on via Piave has been carefully studied in terms of form and volume to create the best possible views, using geometries and perspective axes that enable it to be successfully integrated into its green surroundings.

In terms of composition, the approach chosen combines traditional elements such as the double-pitched roof with an irregular pattern of openings on the facades. The two main blocks, with asymmetric pitched roofs in sheet aluminium, are on two storeys (the second houses duplex units only), differentiated by the colours and cladding materials used for the lower ground storey, as well as by the use of different street elevations, dictated by the differing orientation and optimal control of solar factors.

The block to the north has a street elevation with an irregular rhythm that is characterised by the presence of balconies and large projecting windows.

The block to the south has an elevation composed mainly of west-facing balconies, with moving sunscreen panels for controlling the light entering inside the building. The lower storey is made up of three parts; the central area, between the two residential blocks, houses a number of commercial activities that look onto a piazza that is raised up with respect to street level and characterised by the presence of a water feature, a reference to the nearby spring, while the two side wings have parking areas for the houses that are completely screened by panels of timber planks.

The number of materials used has been limited to a choice of three main ones: render for the surface of the walls, aluminium for the roofs, screening elements along the balconies and systems for screening the windows and larch for cladding the lower level. Larch planks have been used for form a screen to the stairwells, thereby controlling the light and ensuring privacy for these communal areas with respect to the street.