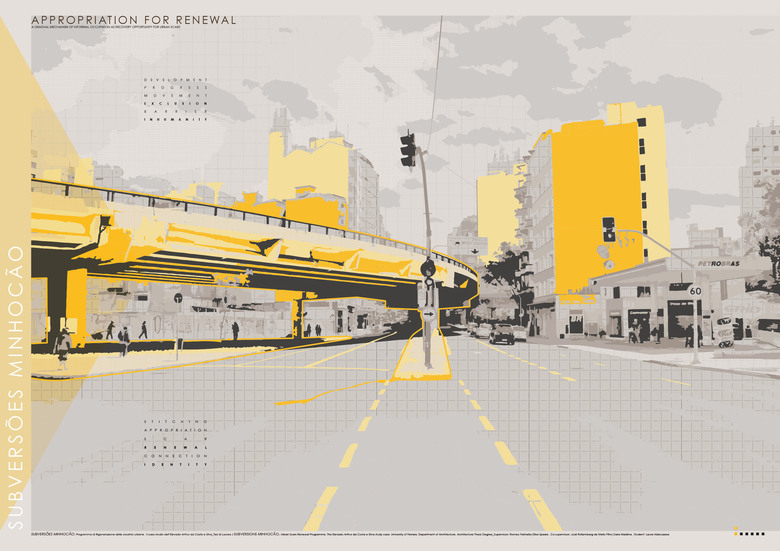 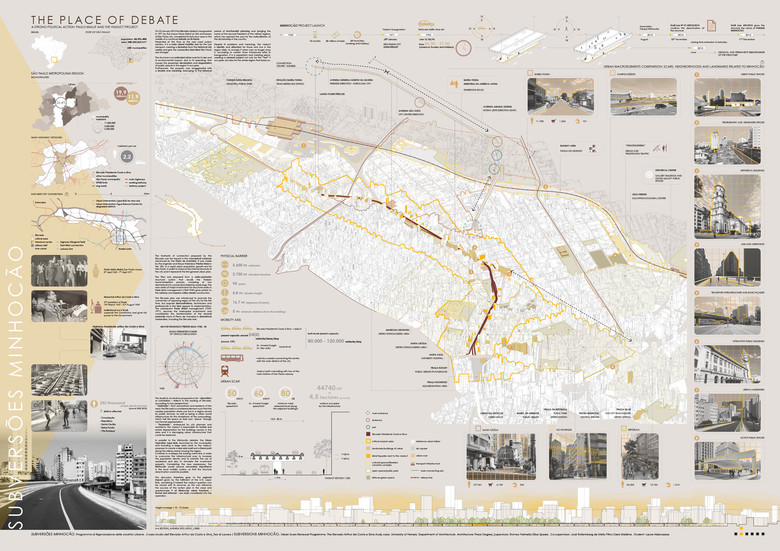 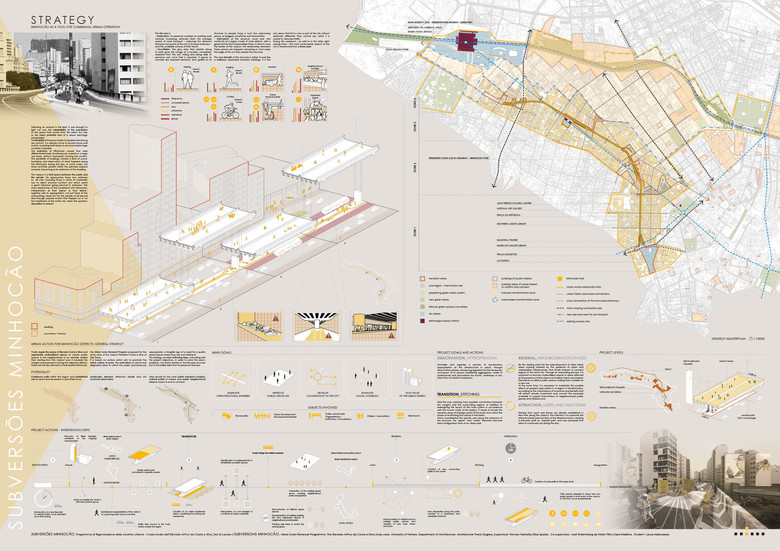 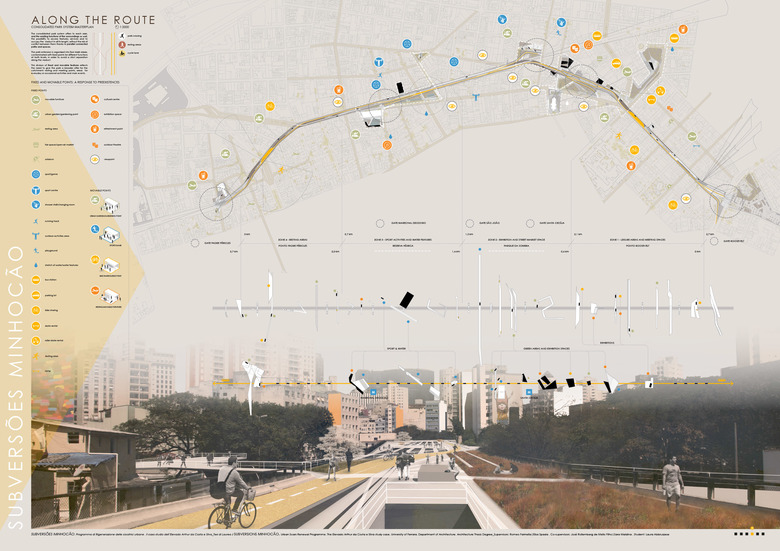 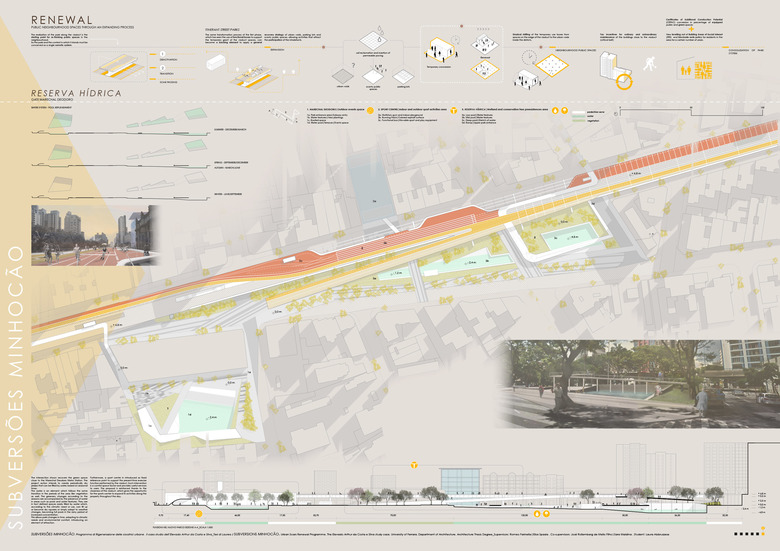 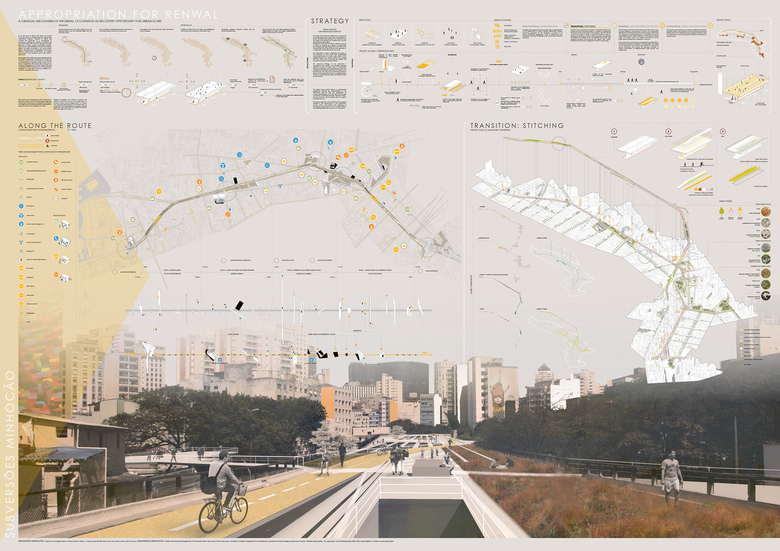 "The Minhocão viaduct is a decay major cause of São Paulo downtown causing a physical and social barrier, pushing the population to an appropriation process. Through a step-by-step action plan, this informal mechanism is proposed as the starting tool for the urban scar renewal as a public space."

The choice of Minhocão comes from a technical and emotional reason, reached as a consequence of a study experience in São Paulo. Built to relieve the pressure on an overcrowded centre from vehicles, the elevated highway divides opinions on its demolition or preservation due to its environmental impact. Anyway, the introduction of closure time has allowed a spontaneous habit of informal use as a linear park, strengthening the identity of a structure that turned a social space over the years and making the community protagonist of a possible urban change.

Despite the debate caused by the uncertain viaduct outcome, the current phenomenon of appropriation studied in place offers reflections on its possible reuse. Every night and during weekends, the Minhocão can be crossed, seeing people practicing physical exercises, spending their leisure time or simply meeting each other, as the structure have always been a place for community. It is not a declared public space, but a great part of the population already occupies it.

Therefore, the question that arose spontaneously was why the citizens should want to destroy a structure still changing according to its new social role. In contexts where the quality of public spaces is defective, the renewal key factor to be considered comes directly from the people. When they get involved in an urban process as main actors, they change the image of a place themselves, giving the direction of the intervention to be.

Rather than knock down a structure that can be recovered, due to its current informal function, it may be more effective to take action on the connections between the Minhocão and the context, on the possible supporting functions and on the interventions toning down the physical impact of the property.

The project is developed in order to preserve the viaduct character as a walkway through the buildings and a flexible meeting place. These main factors of its current operation gives the basis to transform a habit into an opportunity of improving the whole city downtown, relating Minhocão to other neighborhood public spaces to be redeveloped and reconnected.