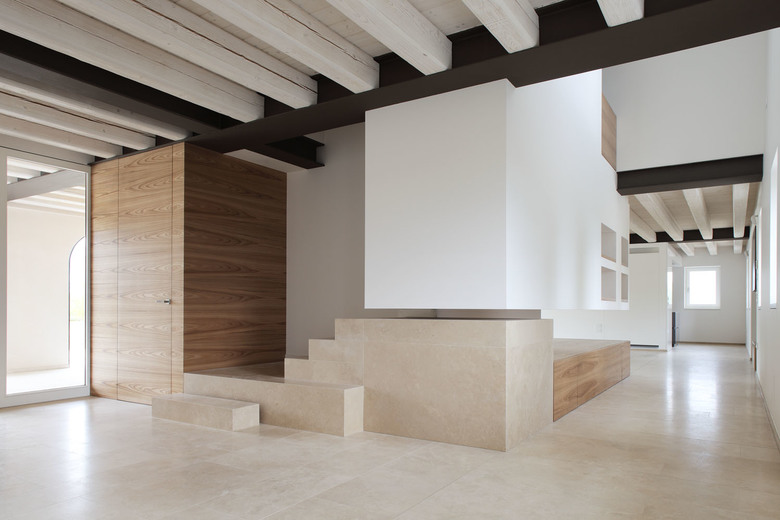 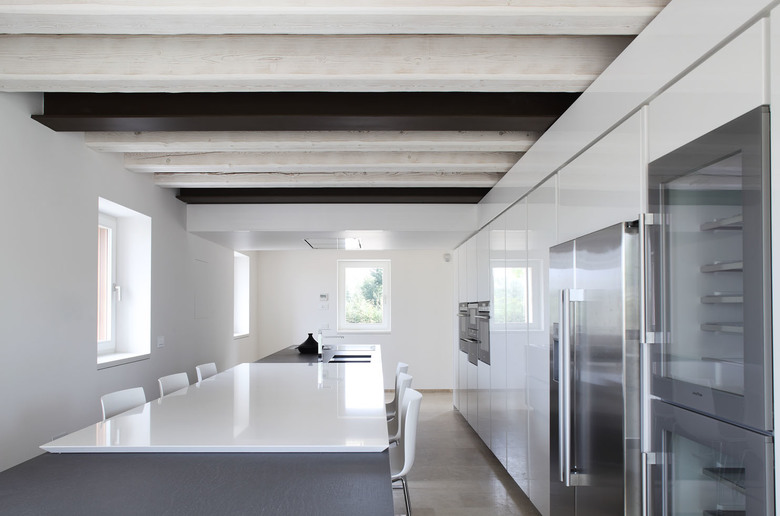 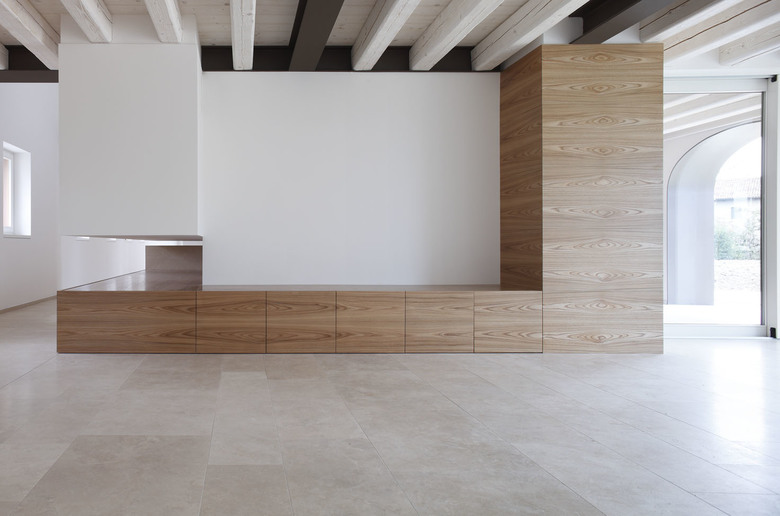 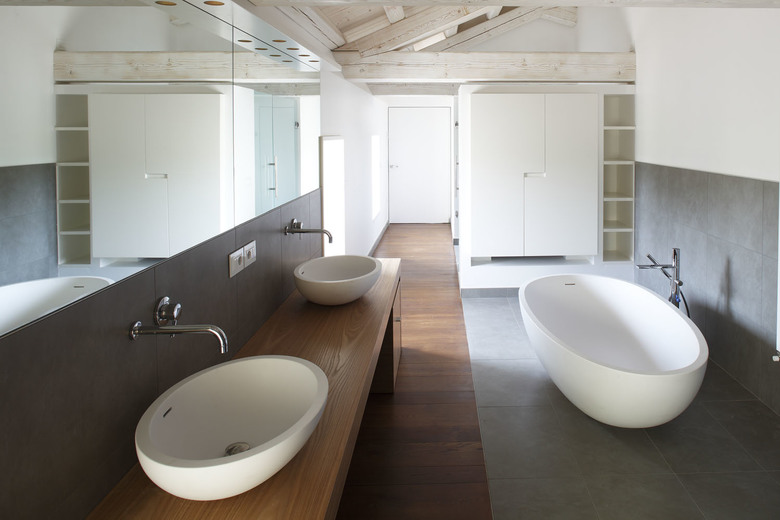 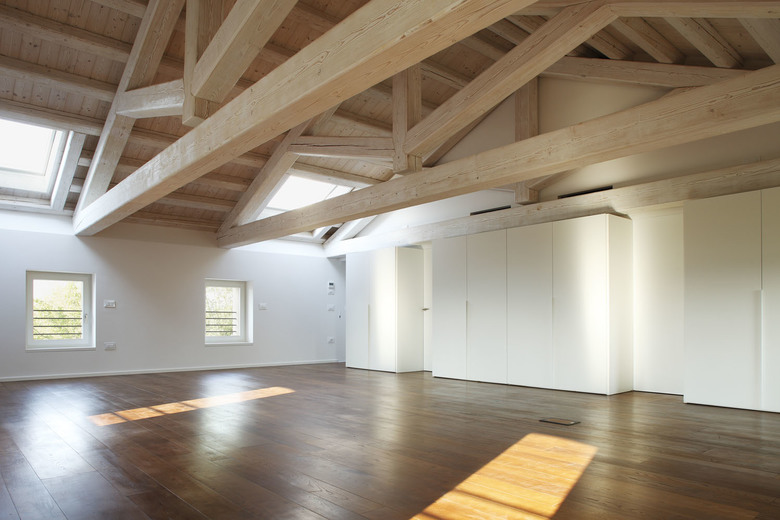 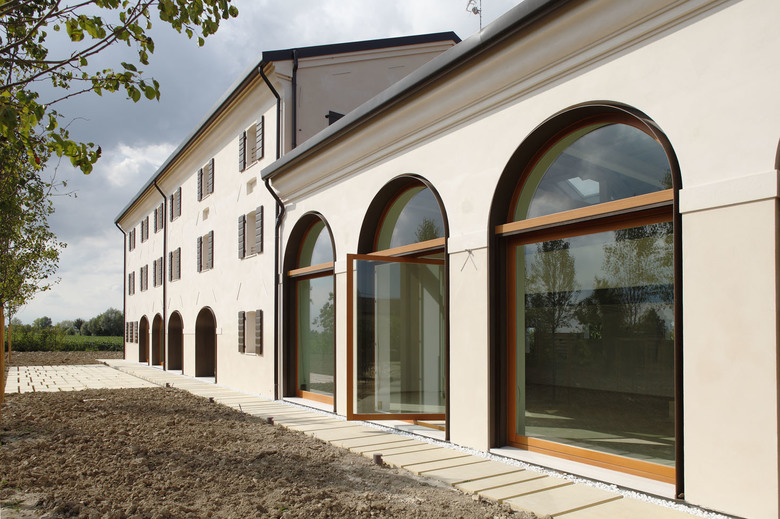 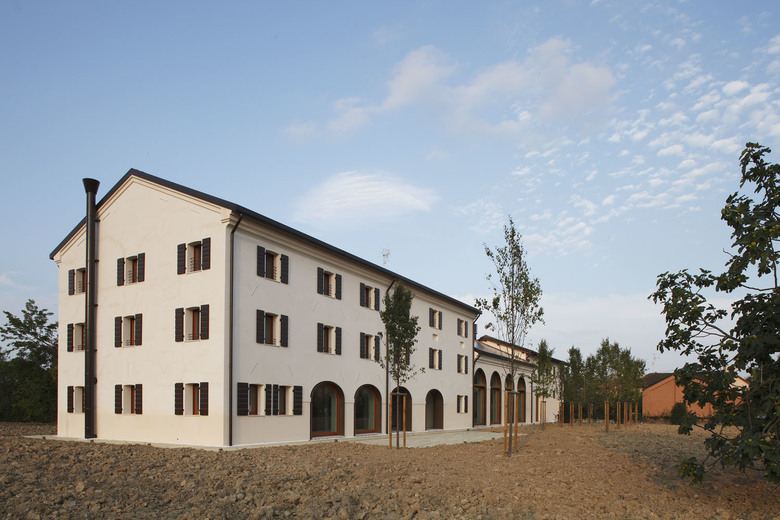 Renovation of a Farmhouse

A wide rural building located in Treviso countryside, used mainly as a farmhouse, had to be restored and converted into a family house. The first step was to remove. To remove the annexes and all elements that had been added through the years to the original structure, such as the wall plugs used to close the arches and the interior divisions that hid the original dimensions. Inner spaces were re-organized following a new hierarchy based on the pre-existing spatial values of the building plan that had never been exploited due to the discontinuous and fragmented use of spaces and depots. The building, whose main part dates back to the first years of the 19th century, has been unveiled and interpreted through a sober and minimal architectural language. The original arch shape has been underlined by a painted iron frame; the same element has been chosen for the inner structural frame so that it combines perfectly with plaster and wooden surfaces. The colour chosen for the exterior plaster - almost similar to the colour of the existing clay ground - combines with the travertine that covers the ground floor flooring. The ground floor was projected to gain wide spaces that offer a clearer definition of the ambient. Everything is organized and neatly connected to a “spinal column” that crosses the hole house along the northern wall, so to make the movement from one space to another more intuitive and more controllable . Inner spaces expand towards the exterior through wide glass windows, easing the continuity of the interior subdivision sequence with the exterior flooring made of pigmented concrete slabs. The original fireplace called “alla vallesana” (typical of this region) was renewed even though just a few of the original elements had remained. Upstairs are the bedrooms. Especially in the attic, characterised by wide spaces, it was decided to avoid excessive subdivisions, in order to emphasize the peculiar spatial characteristics, strengthened by the presence of the massive wooden trusses. In the central part of the building, that originally hosted the stable, a new wide hall with a mezzanine was gained. The whole building is completely energetically self-sufficient thanks to a photovoltaic 70 Kw power plant. The high potency of the power plant is justified by the need to produce energy, heating and cooling for the building with the possibility to expand it to others parts that are not restored yet. The photovoltaic power plant is totally integrated within the roof and it extends also on a car parking shelter which has been partially sunk in the ground. The house has an innovative HAVC system with heating pump that guarantees high potency with low energetic consumptions if referenced to the building dimensions and its interior spaces. Every house consumption is of electric type and the entire energetic requirement is covered by the photovoltaic power plant so that the house can be considered as zero impact.

Renovation of an Alpine Barn